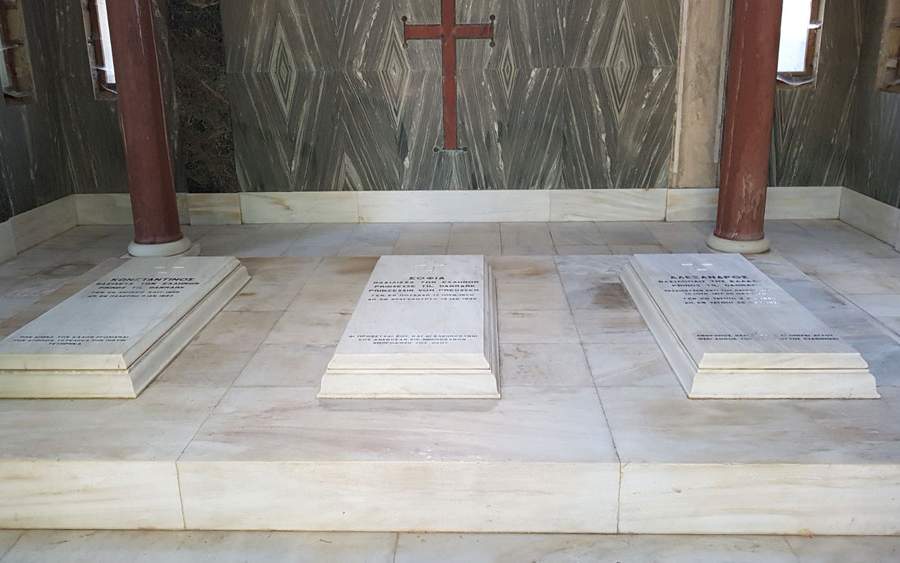 Τhe burial monuments at the Tatoi Estate to be restored

Following the announcement by the Tatoi Friends Association regarding the vandalism of a burial monument in Tatoi, the Directorate for the Preservation of Ancient and Modern Monuments announced the following:

“By order of Minister of Culture and Sports Mrs. Lina Mendoni, the Directorate for the Preservation of Ancient and Modern Monuments prepared a study for the preservation of the burial monuments of the Royal Cemetery at the Tatoi estate. This study was approved, after a unanimous vote by of the Central Council of Modern Monuments. Works on the Mausoleum monuments were carried out immediately, while work on the other monuments has already been planned.

“Conservation work on the mural decoration of the Church of the Resurrection of Christ was completed in June. All the work has been conducted by the permanent staff of our service. Already, parts of the cross have been collected and safely stored.

“According to the conditions for approval set by the Conservation Study, the static adequacy of the crosses on all the burial monuments will be checked, so that the works can restore their appearance, but also  strengthen them, where required.

“The vandalism incident is being investigated by the Police Department of Agios Stefanos.”