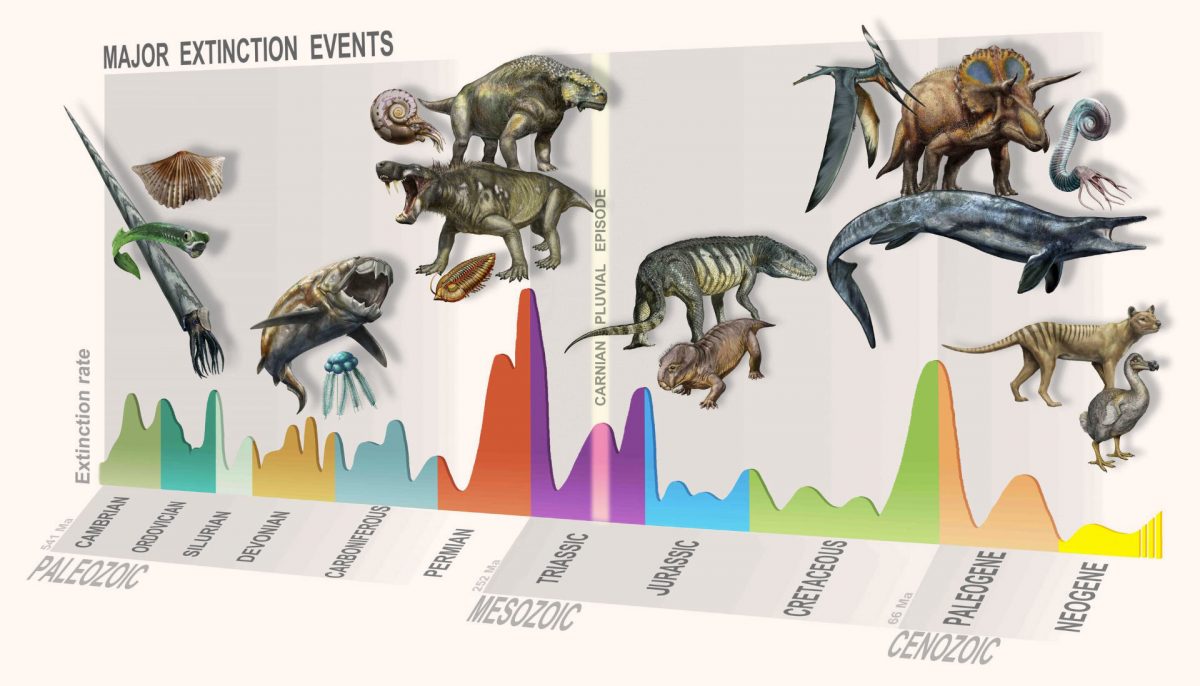 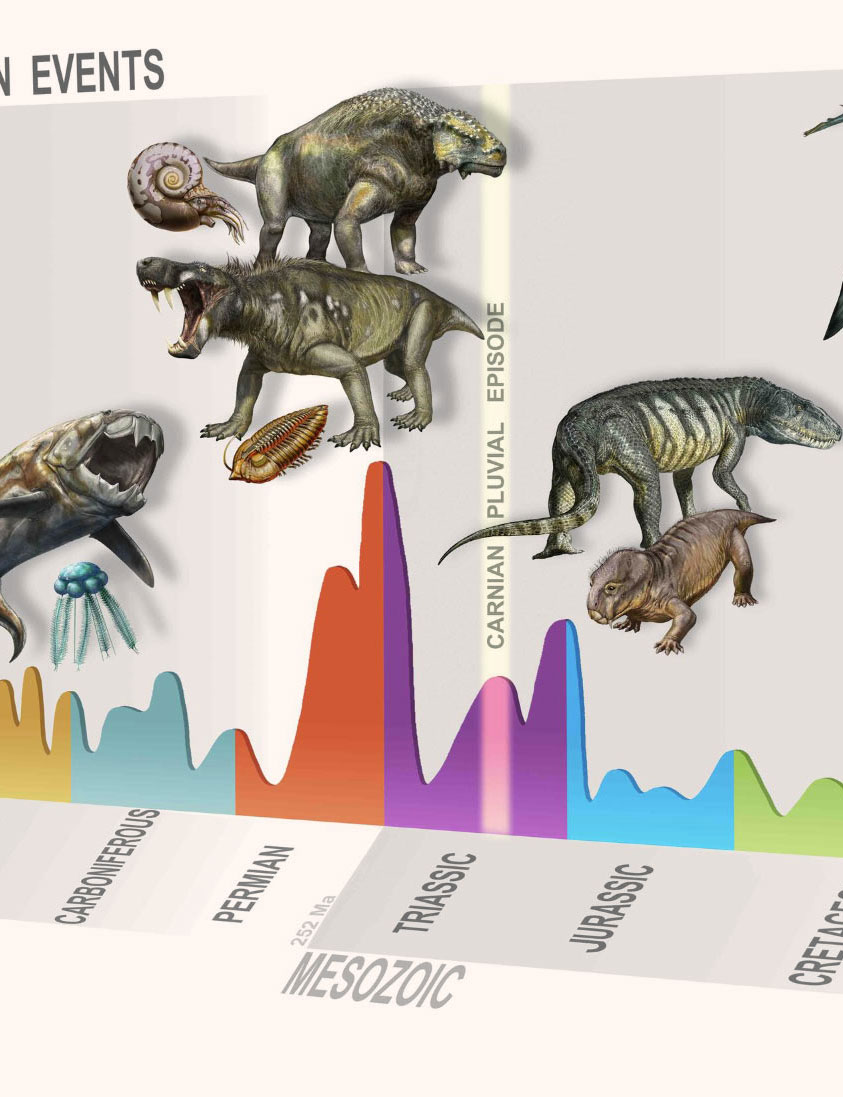 Discovery of a new mass extinction

It’s not often a new mass extinction is identified; after all, such events were so devastating they really stand out in the fossil record.

In a new paper, published in Science Advances, an international team has identified a major extinction of life 233 million years ago that triggered the dinosaur takeover of the world. The crisis has been called the Carnian Pluvial Episode.

The team of 17 researchers, led by Jacopo Dal Corso of the China University of Geosciences at Wuhan and Mike Benton of the University of Bristol’s School of Earth Sciences, reviewed all the geological and palaeontological evidence and determined what had happened.

The cause was most likely massive volcanic eruptions in the Wrangellia Province of western Canada, where huge volumes of volcanic basalt was poured out and forms much of the western coast of North America.

“The eruptions peaked in the Carnian,” says Jacopo Dal Corso. “I was studying the geochemical signature of the eruptions a few years ago and identified some massive effects on the atmosphere worldwide. The eruptions were so huge, they pumped vast amounts of greenhouse gases like carbon dioxide, and there were spikes of global warming”.

The warming was associated with increased rainfall, and this had been detected back in the 1980s by geologists Mike Simms and Alastair Ruffell as a humid episode lasting about 1 million years in all. The climate change caused major biodiversity loss in the ocean and on land, but just after the extinction event new groups took over, forming more modern-like ecosystems. The shifts in climate encouraged growth of plant life, and the expansion of modern conifer forests.

“The new floras probably provided slim pickings for the surviving herbivorous reptiles,” said Professor Mike Benton. “I had noted a floral switch and ecological catastrophe among the herbivores back in 1983 when I completed my PhD. We now know that dinosaurs originated some 20 million years before this event, but they remained quite rare and unimportant until the Carnian Pluvial Episode hit. It was the sudden arid conditions after the humid episode that gave dinosaurs their chance.”

It wasn’t just dinosaurs, but also many modern groups of plants and animals also appeared at this time, including some of the first turtles, crocodiles, lizards, and the first mammals.

The Carnian Pluvial Episode also had an impact on ocean life. It marks the start of modern-style coral reefs, as well as many of the modern groups of plankton, suggesting profound changes in the ocean chemistry and carbonate cycle.

“So far, palaeontologists had identified five “big” mass extinctions in the past 500 million yeas of the history of life,” says Jacopo Dal Corso. “Each of these had a profound effect on the evolution of the Earth and of life. We have identified another great extinction event, and it evidently had a major role in helping to reset life on land and in the oceans, marking the origins of modern ecosystems.”