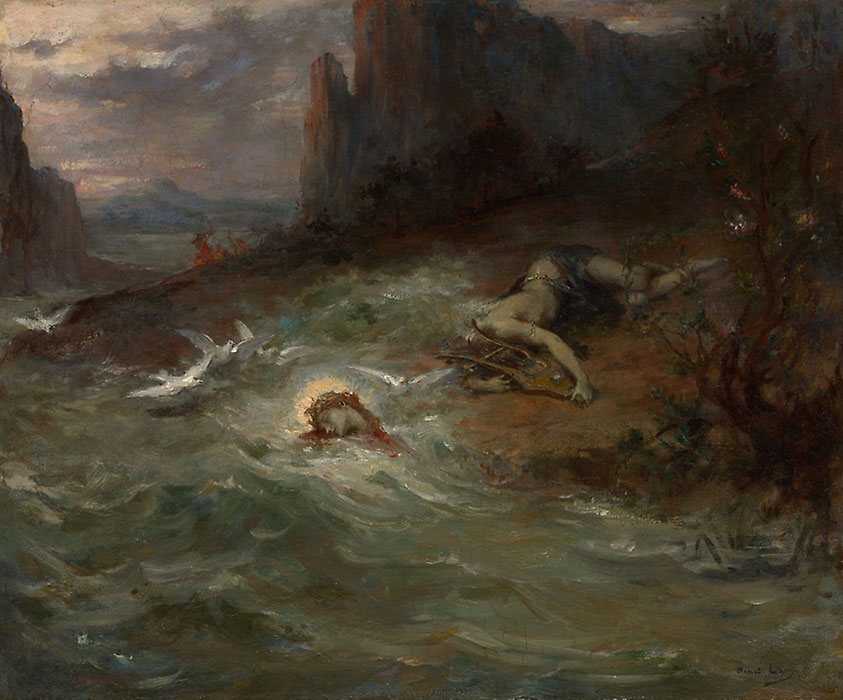 Life, death and rebirth in the Classical World and its reception

Just as the Greeks on the plains of Troy faced the plague-arrows of Apollo, the modern world currently stands before unprecedented challenges. The present pandemic has forced us to face issues of mortality more closely than has been the case in recent decades. At the same time, the situation in which the academic world now finds itself is breaking down barriers in many areas: between home and work environments; between academics, students and the wider community; between teachers and pupils; between traditional disciplines; and between different methods of teaching. In fact, there has been a feeling amongst many for quite some time that winds of change are blowing through the corridors of academia. The impact of Covid-19 has just made this clearer as the halls of study have emptied and people have started to teach and carry out research in new environments, under different conditions and with previously untried methods.  On the one hand, this provides exciting opportunities, but on the other, it may seem overwhelming. It is easy to get lost in the labyrinth while following new paths.

In this International Zoom Conference participants will collaboratively explore new approaches to lecturing, teaching and academic writing, in particular those that cross boundaries. In this conference, we take as our focus the concepts of life, death and rebirth, both in classical sources and their receptions, but aim to examine these age-old ideas in light of the need for, and move towards, new and fresh approaches.

As a theoretical framework the participants will take their inspiration from the concept of Crossover Literature, originating in Children’s Literature Studies, which argues that works of different media (literature, cinema, TV, comics etc.) are concurrently aimed at more than one age group. In fact, they contend that Crossover Literature encompasses a broad spectrum of phenomena that traverse borders and simultaneously address multiple audiences, such as academics and non-academics, readers/viewers of different cultures and/or genders. This approach parallels the ideas underlying Classical Reception, which examines how the Greco-Roman world is received as it crosses over to other cultures and periods, and recognises that these receptions may be understood in multiple ways.

On a philosophical level, the final crossover for any human is from life to death; this was recognised in the ancient world in Hermes’s role as psychopompos, the deity that led souls on their journey to the realm of the dead. This region fell under the jurisdiction of Hades, himself known by a range of euphemistic names that were designed to keep fear at bay. The struggle to accept death was an element that the ancients approached in various ways: Achilles would rather have a short glorious life than to be king of all the dead; heroes such as Odysseus, Herakles, Aeneas and Theseus descend to the underworld; the Orphic and other mystic traditions give hope for life after death; philosophical writings by Plato, Seneca and others address the ideas of death and afterlife. Archaeological findings and tombstone inscriptions give us further insight into rituals, the purpose of which was to ease the struggle to understand and accept mortality.

In this conference these ideas will be explored in the face of Covid-19. Recognizing the importance of innovation in the conference’s approaches to academia in the present climate, the Organizing Committee invites contributions, which will not only include formal papers in a traditional sense, but also utilize innovative ways of presentation. These may include show and tell, games, interviews, interactive activities, musical performances and more. To that end, the Organizing Committee asks that abstract proposals include both the theme and the method of presentation.

Possible ideas for presentations include, but are not limited to:

-Facing mortality and coping with fears of death: in ancient literature and its reception; in philosophy; literature; the contemporary classrooms

-Optimism vs. pessimism, continuity vs. finality in the face of stress, death and uncertainty

-Crossovers and breaking boundaries: between life and death; between disciplines; between genres; between audiences

-Places of uncertainty: the labyrinth; the underworld; the virtual classroom

The conference will take place over two dates, on the 6th and the 9th of December 2020, over Zoom.