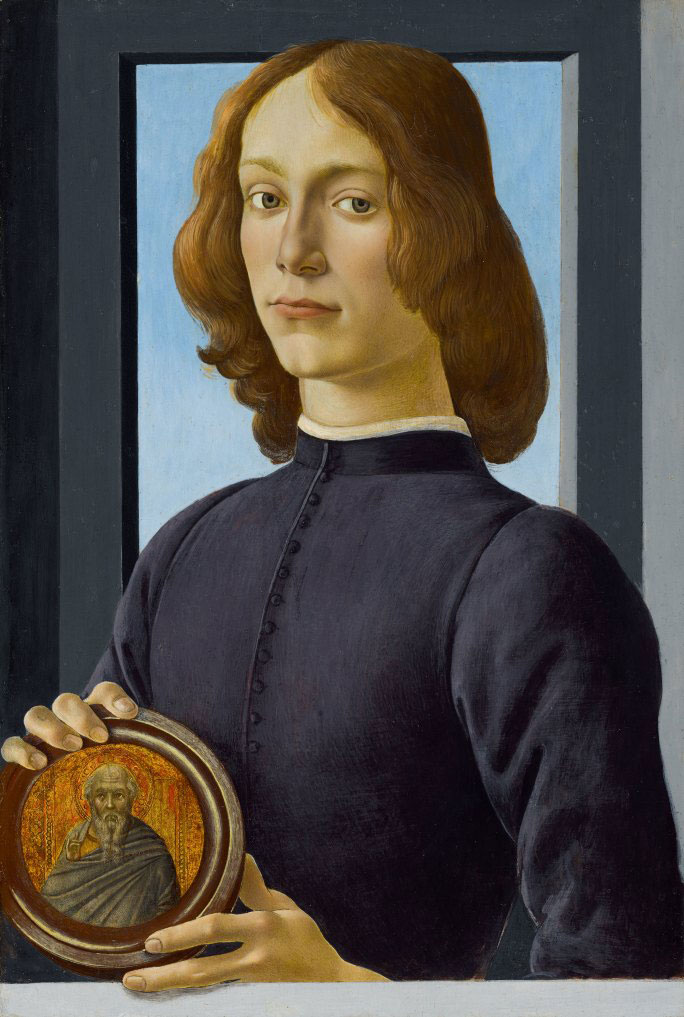 To be auctioned by Sotheby's

It was in Early Renaissance Italy that portraits of notable individuals first came to be considered high art. Florentine master Sandro Botticelli was at the forefront of this transformation, depicting his subjects in the second half of the 15th century with unprecedented directness and insight – decades before Leonardo da Vinci painted his enduring Mona Lisa. Botticelli was celebrated in his own time and sought out, from an early age, by the richest of patrons for commissions that only they could afford. But while he created some of the most arresting and penetrating portraits in the history of Western Art, only around a dozen examples have survived today – with almost all of them now residing in major museum collections.

Sotheby’s will offer one of Botticelli’s very finest portraits, Young Man Holding a Roundel, as the highlight of its annual Masters Week sales series in New York in January 2021. Estimate available upon request, the work will establish art market history as one of the most significant portraits, of any period, ever to appear at auction – alongside Gustav Klimt’s Portrait of Adele Bloch-Bauer II (sold in 2006 for $87.9 million) and Van Gogh’s Portrait of Dr Gachet (sold in 1990 for $82.5 million).

Young Man Holding a Roundel is the pictorial synthesis of the ideals, the magic and the beauty of Renaissance Florence where, for the first time since antiquity, the individual and the human figure were at the center of both life and art, and would come to define our understanding of humanism as we know it today. Botticelli was at the vanguard of this movement, and his revolutionary style led him to be one of the first artists to abandon the tradition of depicting sitters in profile. Yet for all it embodies of the Florentine Renaissance, the painting is timelessly modern in its stark simplicity, bold colors, and graphic linearity.

“In the popular imagination, no other painter evokes the golden age of the Florentine Renaissance more powerfully than Sandro Botticelli. His Birth of Venus and Primavera are among the most famous works in the canon of Western Art. His nymphs, goddesses, Madonnas and saints populate our imagination as representatives of the rebirth of science, art, and literature in a city that laid the foundation for the modern world. It is in his portraits, however, that Botticelli most clearly opens a window onto the world of Renaissance Florence – never more so than in Young Man Holding a Roundel, a painting that encapsulates the intellectual, courtly and humanistic virtues that define the Italian Renaissance,” Christopher Apostle, Head of Sotheby’s Old Master Paintings Department, New York, said.