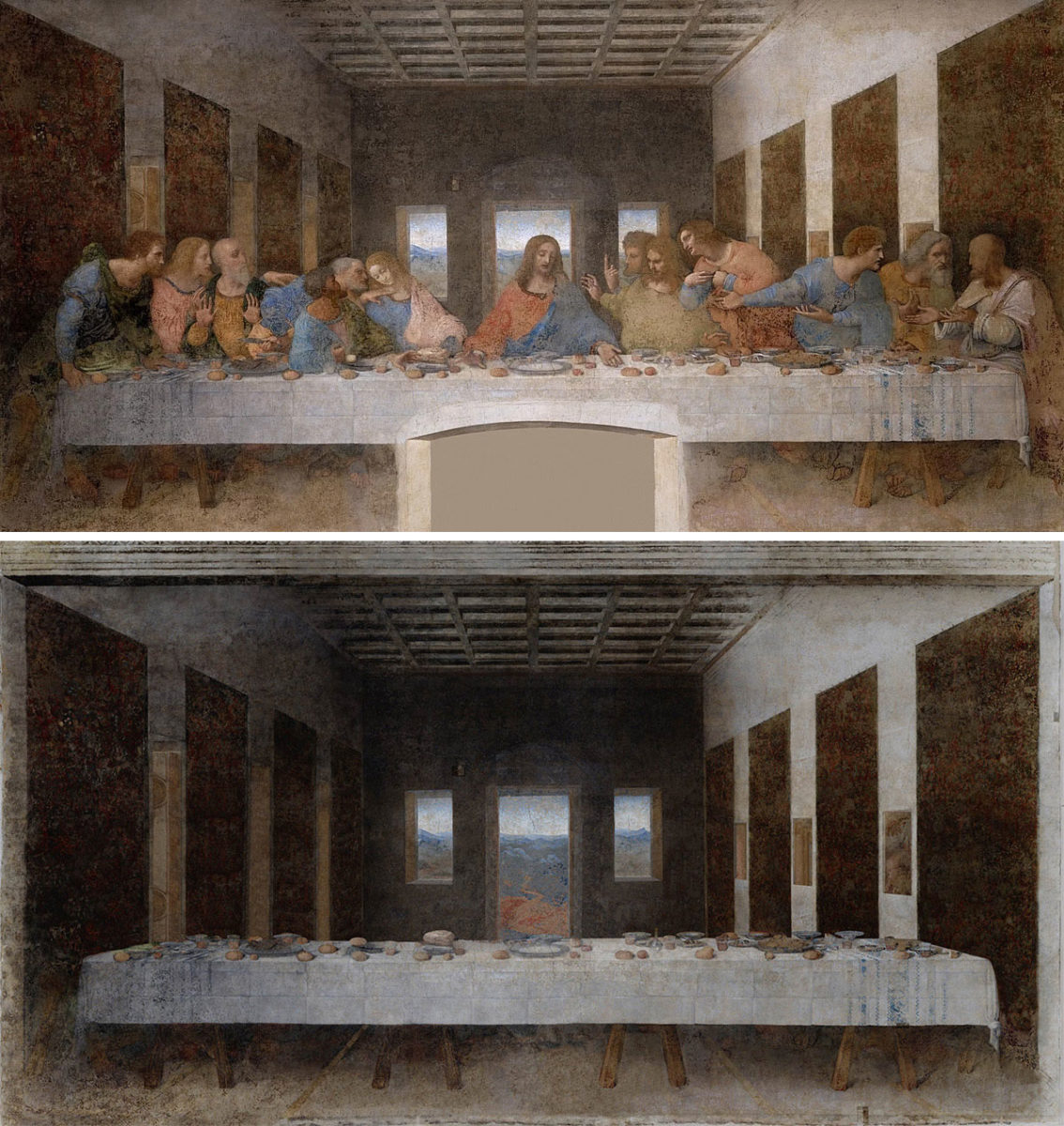 Due to social distancing

The works by artist José Manuel Ballester seem familiar to us in these times of the pandemic. To prevent the spreading of the virus we now strictly keep our distance from one another and Ballester faithfully recreates classic works of art digitally such as Leonardo Da Vinci’s 1498 work “The Last Supper”, faithfully but missing one decisive detail: the human presence. This particular “remake” signed by Ballester went viral some days ago on the internet.

Some of Ballester’s digital recreations retain traces of human presence such as Goya’s “May 3, 1808”, painted in 1814, where the ground is stained by the blood of the executed who however are absent as is the firing squad. In Johannes Vermeer’s 1668 work “The Allegory of Painting” both the artist and his model are absent but the easel with the half finished painting are there. In other works there is not even a trace of a human being: in “Guernica” painted by Picasso in 1937, there are no humans or animals. In Sandro Botticelli’s 1486 painting “The Birth of Venus”, both the goddess and the other figures are absent.

In an interview he gave to “Bored Panda”, Ballester had said that his series of works known as “Hidden Spaces” are often seen as humoristic, but they can be interpreted in various ways .

“After a deeper look it’s not difficult to find transcendence and the multiple possible interpretations, both as new images and as related to their original counterparts”, he said. “One of the clearest aspects in this series is the way we can understand art from the point of view of each period, which has a unique way of looking and understanding reality shared by artists, who develop their creativity inside those period’s values and connect with ideas and universal precepts extended in time” he had explained.