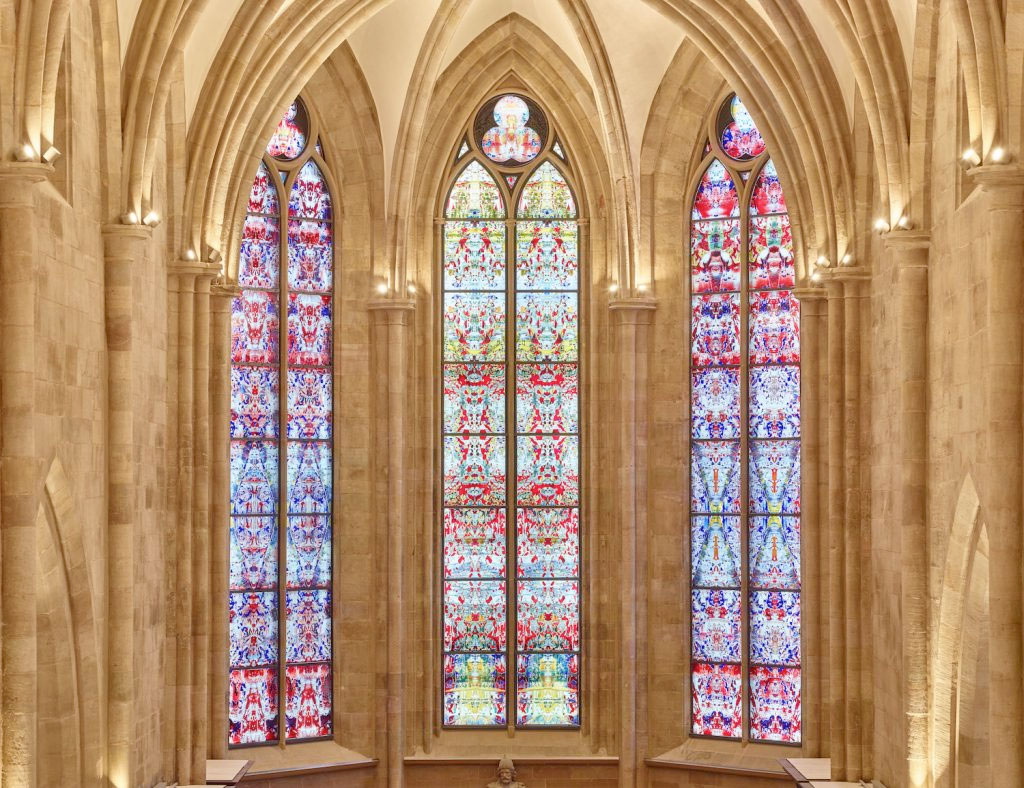 Three stained -glass windows in a Gothic monastery in Tholey, Germany, is the latest large-scale work by world famous German artist Gerhard Richter. Speaking to the German press, the 88-year-old artist himself confirmed this. He said that the approximately nine-meter-high and stained glass windows will “certainly ” be his last large-scale numbered work ( which now total 957).

The stained glass windows now adorn the Tholey Abbey in Tholey that houses 12 Benedictine monks and are a donation from Gerhard Richter himself. As reported by the Abbey the cost was covered by an investor who wants to remain anonymous. The windows were handmade in nearby Munich, at the highly esteemed Gustva van Treeck glass workshop, and their colourful and psychedelic patterns come from Richter’s 1990 “Pattern” series.

In addition to the installation of stained glass windows designed by Richter, the Abbey has already installed some of the 34 stained glass windows – figurative art, not abstract – prepared by the Muslim Afghan artist Mahbuba Maqsoodi, who lives and practices her art in Munich ( all will have been installed by Easter 2021). “To bring together Maqsoodi and Richter in the church was a risk but the result is that all the colours have been found again. The church radiates harmony. Every time of day has a different light character” Abbot Mauritius Choriol told the German press. “In these windows you will always discover “something new”.

The abbey is thought to be the oldest monastery in Germany which is first mentioned in documents dating back to 634 AD. A decade ago it was in financial ruin but now it is certain there will be an influx of art lovers to the small town of 2,500 inhabitants. (It was estimated that 100,000 people would visit in the first year).

Richter did not travel to see the finished pieces in place, but on seeing the photographs said he was “amazed” by the outcome.