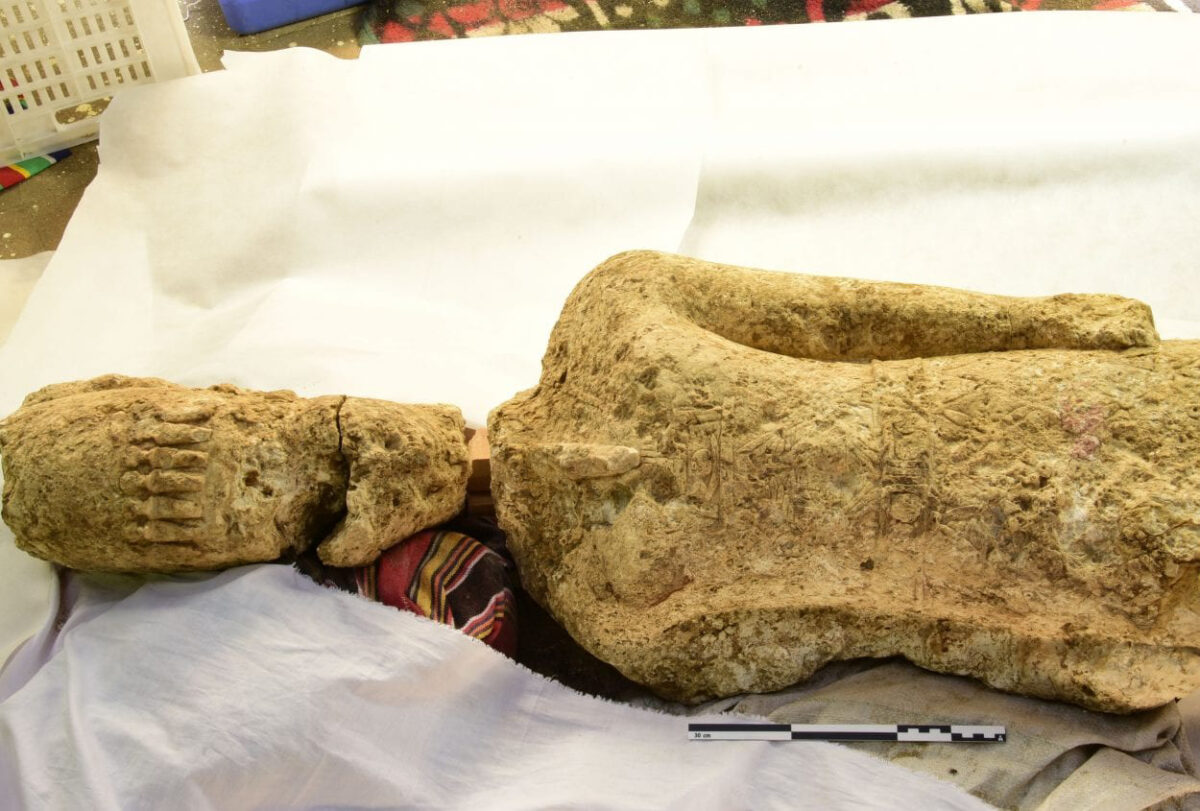 Influences from Gandhara & Interior of Africa in ancient temple

On the Red Sea in Egypt

Archaeologists excavating a temple in the port of Berenice Troglodytica have discovered stone heads imitating sculptures from Gandhara and the depths of Africa.

Berenice, also known as Baranis was founded in the 3rd century BC by Ptolemy II Philadelphus on the west coast of the Red Sea and was named after his mother Berenice I.

The port city served as a trading centre with the East Coast of Africa, India, and Arabia, mainly for the transportation of war elephants.

Trade from Berenice is described in the 1st century AD travelogue Periplus of the Erythraean Sea, written by a Greek merchant based in Alexandria. The Periplus indicates that “on the right-hand coast next below Berenice is the country of the Berbers”.

A multi-national team of archaeologists from the Centre of Mediterranean Archaeology of the University of Warsaw, and the University of Delaware has been excavating a temple dedicated to Isis (the sister and wife of Osiris who was worshiped as the goddess of the moon, motherhood, marital devotion, healing the sick, and the working of magical spells and charms) and the cult of Serapis (a Graeco-Egyptian deity).

Archaeologists found various images of Serapis, architectural fragments of stone, marble and pieces of sculptures, with the most notable find being heads imitating sculptures from Asian Gandhara – a historical region that covered parts of present-day Pakistan and Afghanistan.

Inside the temple ruins, they also uncovered a locally sculptured statue of the Nubian deity Sebiumeker, referred to as Lord of Musawwarat (supreme god of procreation and fertility) in Meroe, Kush, in present-day Sudan.

His statues have often been found near doorways at the Nubian sites Tabo (Nubia) and Musawwarat es-Sufra, giving rise to the interpretation that he was a guardian god.