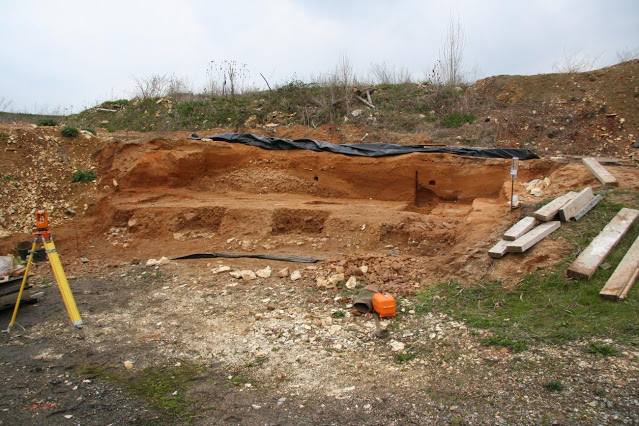 “The initial purpose of this study was to refine the chronology of these two sites, which are amongst the oldest evidence of human presence in Western Europe, north of the 45°N latitude, before 500,000 years ago”, says Dr Duval. “They were previously dated using one method only, and we now provide an independent age assessment, based on a multi-technique approach that enables to build a robust chronological framework.”

The two archaeological sites have delivered lithic tools that are typical of the Lower Palaeolithic, the oldest cultural period identified in Europe. The first one, Lunery-la Terre-des-Sablons, provided an Oldowan lithic industry similar to that found at other sites such as Atapuerca Gran Dolina, Sima del Elefante, Barranco Leon or Fuente Nueva-3 (Spain).

Initially dated to about 1.1 million years, the new study indicated a more complex site formation process than thought earlier, and a minimum age of 710,000 years is now proposed for the lithic tools. In contrast, the new age results obtained for the second site, Brinay-la Noira, are in excellent agreement with those obtained previously. They confirm the age of the lithic industry to around 650,000 years, making the site one of the oldest Acheulean site in Western Europe.

“Nowadays, the number of old archaeological sites in Western Europe is still very limited, which is why it essential to obtain at least an accurate dating for those that have been found and excavated so far. These new dating results will undoubtedly contribute to improve our understanding of the timing of the early human settlements in Western Europe”, concludes Prof. Josep M. Pares, co-author of the work and Head of the Geochronology and Geology Programme at CENIEH.

This work is the result of an international scientific collaboration involving researchers from various prestigious institutions such as the CENIEH (Spain), Museum National d’Histoire Naturelle (France) and University of Adelaide (Australia).