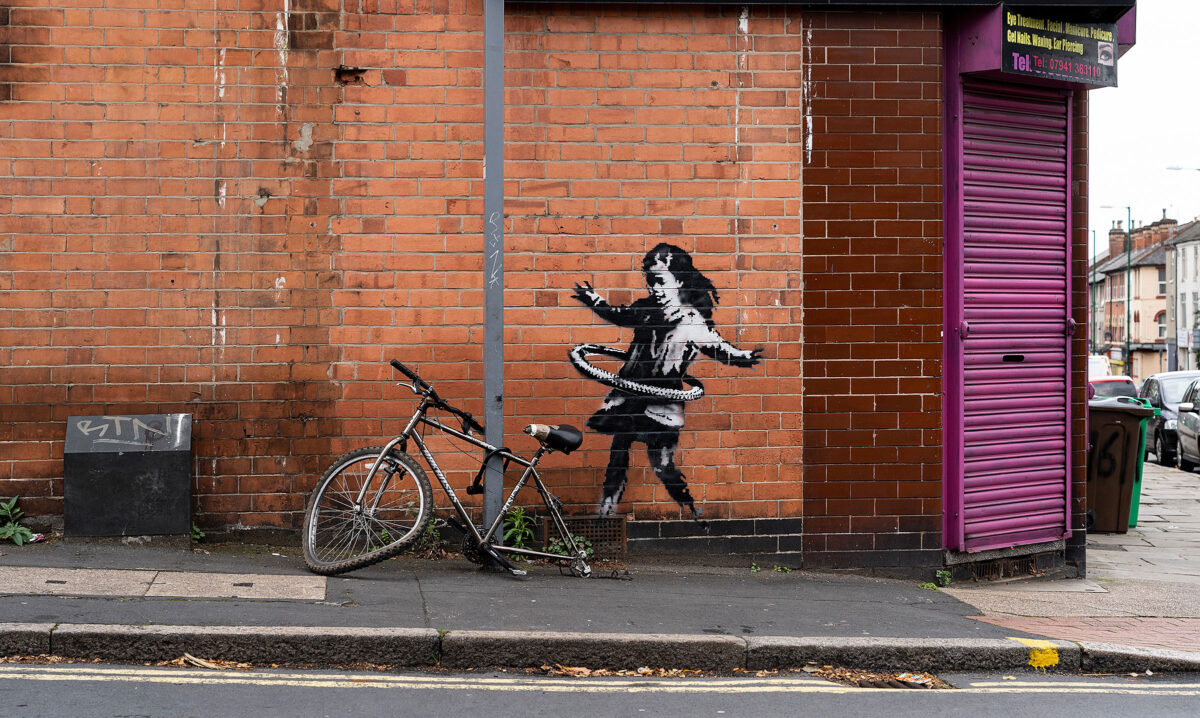 New work by Banksy in Nottingham

The girl with the hula-hoop

The well known British graffiti artist and activist Banksy acknowledged as his a new work of art that appeared on a wall in Nottingham, central England and shows a young girl using a bicycle tyre as a hula-hoop.

The work appeared last Tuesday on the redbrick wall of a beauty salon next to a bicycle tied to a lamp post with a lock and missing a back tyre.

Banksy is known for his intelligent art works which often refer to international events. His works this year are directly linked to the corona virus health crisis and the anti racist movement Black Lives Matter.

In August the artist funded a ship to rescue refugees in the Mediterranean who are attempting to reach Europe from North Africa.