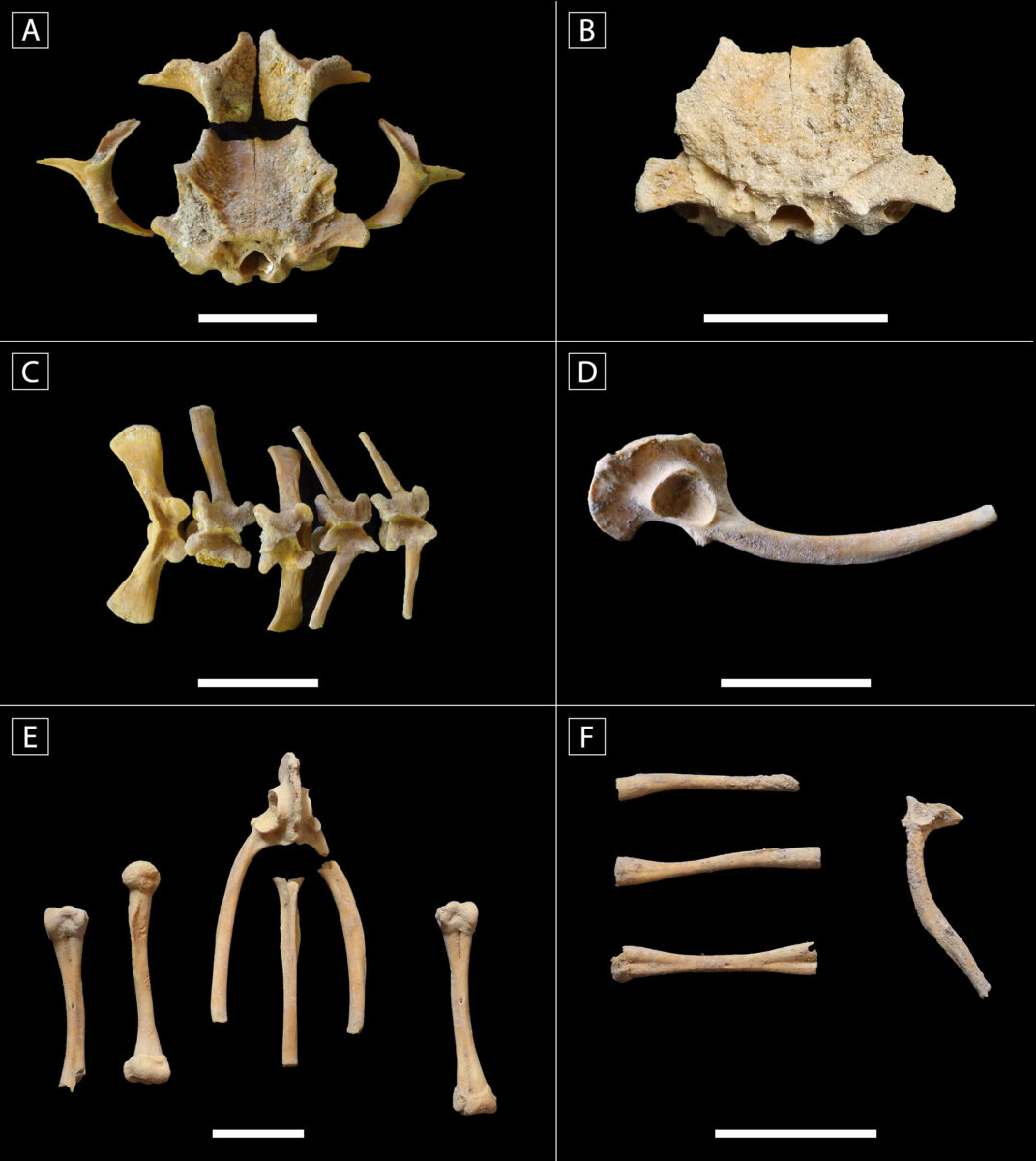 Sweat baths have a long history of use in Mesoamerica. Commonly used by midwives in postpartum and perinatal care in contemporary Maya communities, these structures are viewed as grandmother figures, a pattern that can also be traced to earlier periods of history.

At the site of Xultun, Guatemala, a Classic Maya sweat bath with an unusual collection of artifacts led archaeologists from the Smithsonian Tropical Research Institute (STRI), the Archaeology Program at Boston University and other collaborating institutions to gather new evidence of these beliefs and an early example of the related ritual practices.

Indigenous people of Mesoamerica see the natural world as a place populated by ancestors and supernatural beings, many of whom live within natural features and ancient buildings. This was certainly the case for the Classic Maya. Dating to the Early Classic period (250-550 A.D.), the sweat bath at Xultun, named Los Sapos, appears to have been embodied by an amphibian goddess. Outside the sweat bath, the scientists encountered a representation of this little-known Classic Maya deity, possibly “ix.tzutz.sak.” The goddess is depicted squatting in a toad-like position with legs ornamented with iguanas and cane toads (Rhinella marina).

“No other structure in Mesoamerica–sweat bath or otherwise–looks like this building,” said STRI archaeologist Ashley Sharpe, co-author of the study. “It would seem that when someone enters the front of the structure, they are entering the amphibian goddess who personified the sweat bath.”

“Although this goddess’ name remains undeciphered, proposed readings suggest she was responsible for gestation cycles, both of time and human life,” said Boston University archaeologist Mary Clarke, main author of the study. “Linking notions of birth to reptilian figures, however, is not uncommon among the Classic Maya as they express the verb ‘to birth’ as an upended reptilian mouth glyph. What we see at Xultun is an example where this reptilian goddess, as well as the ideas and myths she embodied, are expressed as a physical place.”

The Los Sapos sweat bath was an active part of the Xultun community for about 300 years. Around 600 A.D. an adult individual was interred within the doorway, after which the entire building was buried, even though the Maya continued living at Xultun for several more centuries. About 300 years later, the buried building was revisited, the majority of human remains removed and a new and unusual offering was presented to the structure, including a human child, juvenile animals including a puppy and birds, several complete cane toads and iguanas, and numerous stone tools and ceramic sherds.

The deposited items had varying degrees of heat damage. The Maya built a fire within the vacated tomb, where they began placing their offerings. For the authors, the selection of artifacts may have been associated with the sweat bath’s identity as a grandmother figure and the early understanding of the structure as a place of birth and human creation.

“Maya archaeologists often find artifact concentrations like these that were likely dedications to structures, but there is rarely an obvious link between the objects and the structure,” Sharpe said. “Because of the iconography on the outside of Los Sapos and because we know it was a sweat bath, we have a rare case where we can associate the offerings–an infant, figurines of women, and frogs and iguanas–with the role the structure played in the community.”

The Los Sapos deposit suggests that the sweat bath’s historical role in Xultun continued centuries after the building had been buried. As the goddesses related to sweat baths throughout Mesoamerican history are described as holding sway over the conditions for life on Earth, the offering was likely an attempt at requesting assistance from the goddess embodying the Los Sapos structure. This could have been a last effort to please the supernatural entity and prevent losing hold of their lands, which were abandoned soon after, around the Maya Collapse of 900 A.D.

“This supernatural figure is a ferocious embodiment of the Earth,” Clarke said. “When displeased, she may take revenge or withhold the things people need to survive. The offering at Los Sapos was both an attempt to appease this goddess and an act of resilience. Rather than seeing a population succumbing to collapse, we see them trying to negotiate with this goddess for their survival.”