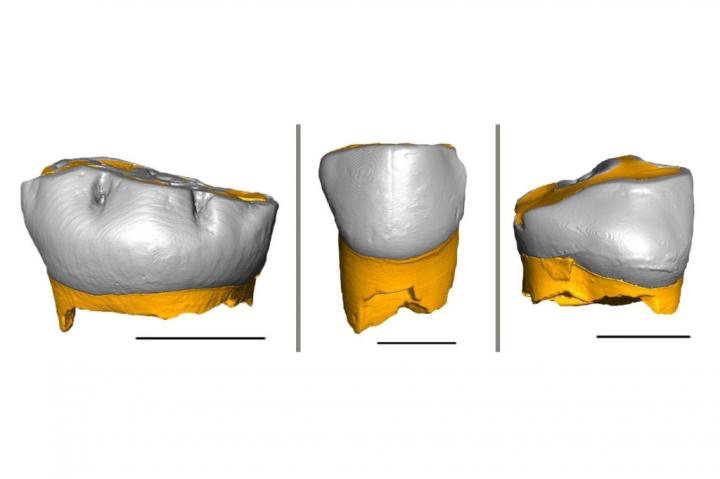 Neanderthal children grew and were weaned similar to us

Neanderthals behaved not so differently from us in raising their children, whose pace of growth was similar to Homo sapiens.

Thanks to the combination of geochemical and histological analyses of three Neanderthal milk teeth, researchers were able to determine their pace of growth and the weaning onset time. These teeth belonged to three different Neanderthal children who have lived between 70,000 and 45,000 years ago in a small area of Northeastern Italy.

Teeth grow and register information in form of growth lines – akin to tree rings – that can be read through histological techniques. Combining such information with chemical data obtained with a laser-mass spectrometer – in particular strontium concentrations – the scientists were able to show that these Neanderthals introduced solid food in their children’s diet at around 5-6 months of age.

Not cultural but physiological

Alessia Nava (University of Kent, UK), co-first author of the work, says: “The beginning of weaning relates to physiology rather than to cultural factors. In modern humans, in fact, the first introduction of solid food occurs at around 6 months of age when the child needs a more energetic food supply, and it is shared by very different cultures and societies. Now, we know that also Neanderthals started to wean their children when modern humans do”.

“In particular, compared to other primates – says Federico Lugli (University of Bologna), co-first author of the work – it is highly conceivable that the high energy demand of the growing human brain triggers the early introduction of solid foods in child diet”.

Neanderthals are our closest cousins within the human evolutionary tree. However, their pace of growth and early life metabolic constraints are still highly debated within the scientific literature.

The three milk teeth analyzed in this study were found in a limited area of Northeastern Italy, between the current provinces of Vicenza and Verona: in the Broion Cave, in the Fumane Cave and in the De Nadale Cave. Other than their early diet and growth, scientists also collected data on the regional mobility of these Neanderthals using time-resolved strontium isotope analyses.

“They were less mobile than previously suggested by other scholars”, says Wolfgang Müller (Goethe University Frankfurt), co-senior author. “The strontium isotope signature registered in their teeth indicates in fact that they have spent most of the time close to their home: this reflects a very modern mental template and a likely thoughtful use of local resources”.

“Despite the general cooling during the period of interest, Northeastern Italy has almost always been a place rich in food, ecological variability and caves, ultimately explaining the survival of Neanderthals in this region till about 45,000 years ago”, says Marco Peresani (University of Ferrara), co-senior author and responsible for findings from archaeological excavations at sites of De Nadale and Fumane.

This research adds a new piece in the puzzling pictures of Neanderthal, a human species so close to us but still so enigmatic. Specifically, researchers exclude that the Neanderthal small population size, derived in earlier genetic analyses, was driven by differences in weaning age and that other biocultural factors led to their demise.

This will be further investigated within the framework of the ERC project SUCCESS (The Earliest Migration of Homo sapiens in Southern Europe – Understanding the biocultural processes that define our uniqueness), led by Stefano Benazzi at the University of Bologna.