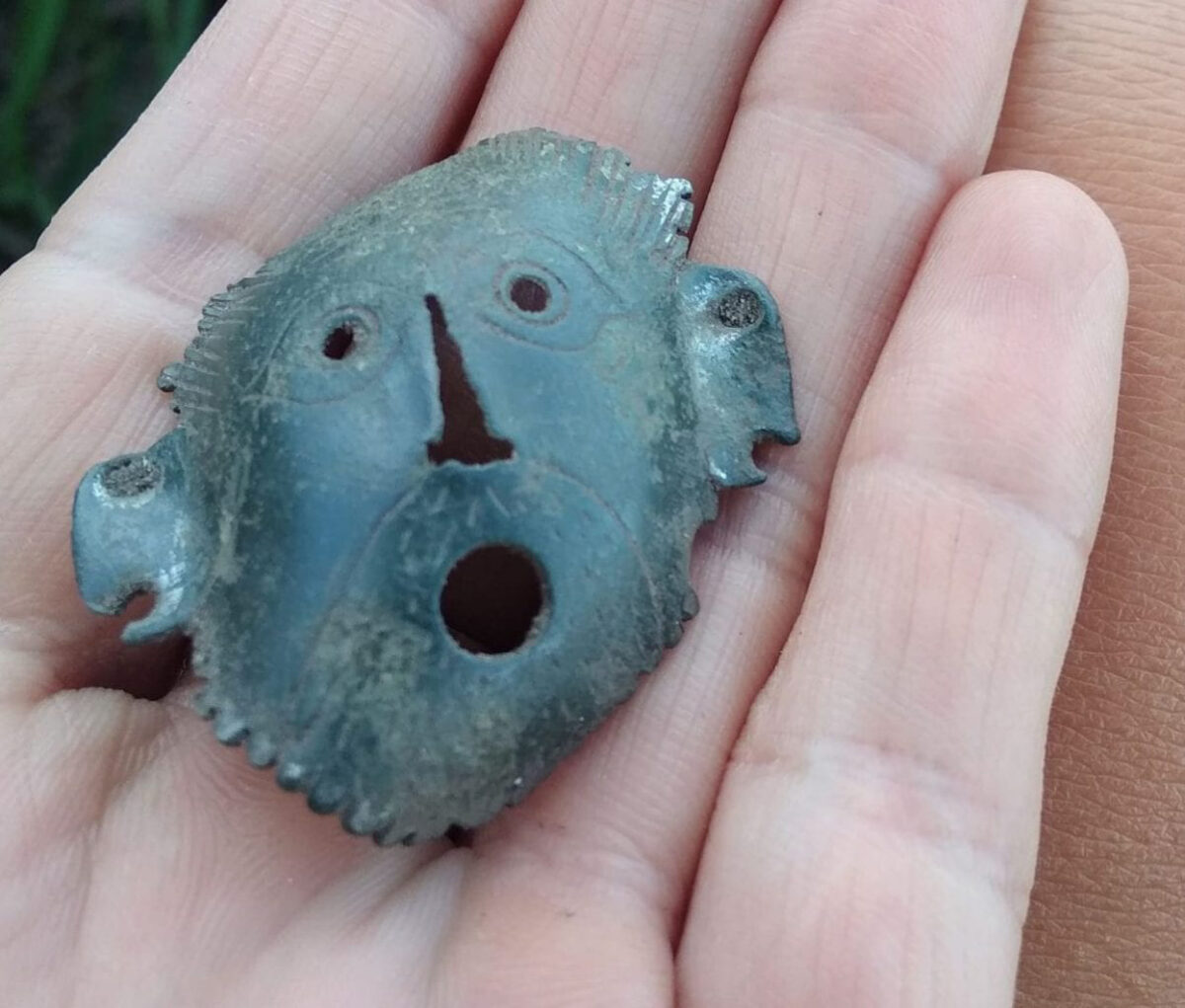 Archaeologists excavating in the village of Poniatach Wielkie, within the Pułtusk County, Masovian Voivodeship, of east-central Poland have discovered hundreds of metal objects that date from the 11th / 12th-13th centuries.

Evidence of human occupation from the Middle Ages has been widely documented in the vicinity of Poniatach Wielkie, with the first large-scale archaeological study recently financed by the Mazowieckie Provincial Conservator of Monuments from 2019 to present, during the construction of modern gas reservoirs.

During their research, archaeologists found the remains of furnaces, rubbish pits, wells, and over 200 metal and ceramic objects that reveal the economic development of the medieval settlement.

Jakub Affelski, Head of Excavation Research stated: “Such wealth is rarely found in the area of open settlements from the period in this part of Mazovia and beyond.”

The most notable discoveries include a lead plate featuring a face with a decorative motif, and another artefact made from copper alloy in the shape of a face that was probably a belt (indicated by mounting holes) that is similar in form to items from the Euro-Asiatic borderland where nomadic tribes lived.

Despite the medieval settlement being located within Polish territory, many artefacts unearthed originate from the eastern territories, including Rus – the medieval East Slavic state established by warrior merchants in the 9th century, whose capital was first in Novgorod and then in Kiev; Kievan Rus.

According to Affelski, the settlement could have functioned as a metallurgical centre that produced items for the nearby towns of Nasielsk and Pułtusk (evident by fragments of slags and metal products). In addition, numerous metal seals indicate that the settlement was invested in large-scale trade across the region.