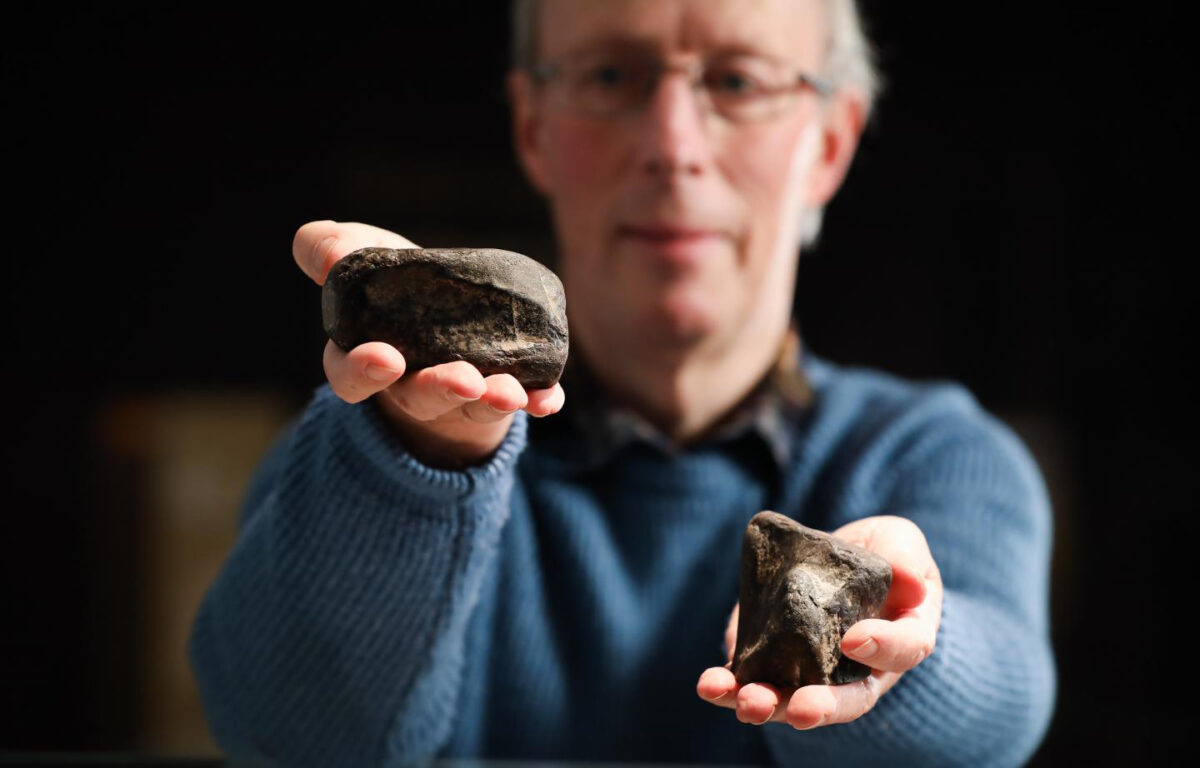 Ireland’s only dinosaurs discovered in Antrim

By experts from University of Portsmouth and Queen’s University Belfast

The only dinosaur bones ever found on the island of Ireland have been formally confirmed for the first time by a team of experts from the University of Portsmouth and Queen’s University Belfast, led by Dr Mike Simms, a curator and palaeontologist at National Museums NI.

The two fossil bones were found by the late Roger Byrne, a schoolteacher and fossil collector, who donated them along with many other fossils to Ulster Museum. Analysis has confirmed they are from early Jurassic rocks found in Islandmagee, on the east coast of County Antrim.

Ulster Museum has announced plans to put them on display when it reopens after the latest rounds of restrictions are lifted.

Dr Simms, National Museums NI, said: “This is a hugely significant discovery. The great rarity of such fossils here is because most of Ireland’s rocks are the wrong age for dinosaurs, either too old or too young, making it nearly impossible to confirm dinosaurs existed on these shores. The two dinosaur fossils that Roger Byrne found were perhaps swept out to sea, alive or dead, sinking to the Jurassic seabed where they were buried and fossilised.”

The article, published in the Proceedings of the Geologists’ Association, is part of a larger project to document Jurassic rocks in Northern Ireland and draws on many fossils in Ulster Museum’s collections.

Originally it was assumed the fossils were from the same animal, but the team were surprised to discover that they were from two completely different dinosaurs. The study, employing the latest available technology, identified the type of dinosaur from which each came. One is part of a femur (upper leg bone) of a four-legged plant-eater called Scelidosaurus. The other is part of the tibia (lower leg bone) of a two-legged meat-eater similar to Sarcosaurus.

The University of Portsmouth team, researcher Robert Smyth, originally from Ballymoney, and Professor David Martill, used high-resolution 3D digital models of the fossils, produced by Dr Patrick Collins of Queen’s University Belfast, in their analysis of the bone fragments.

Robert Smyth said: “Analysing the shape and internal structure of the bones, we realised that they belonged to two very different animals. One is very dense and robust, typical of an armoured plant-eater. The other is slender, with thin bone walls and characteristics found only in fast-moving two-legged predatory dinosaurs called theropods.”

“Despite being fragmentary, these fossils provide valuable insight on a very important period in dinosaur evolution, about 200 million years ago. It’s at this time that dinosaurs really start to dominate the world’s terrestrial ecosystems.”

Professor Martill said: “Scelidosaurus keeps on turning up in marine strata, and I am beginning to think that it may have been a coastal animal, perhaps even eating seaweed like marine iguanas do today.”