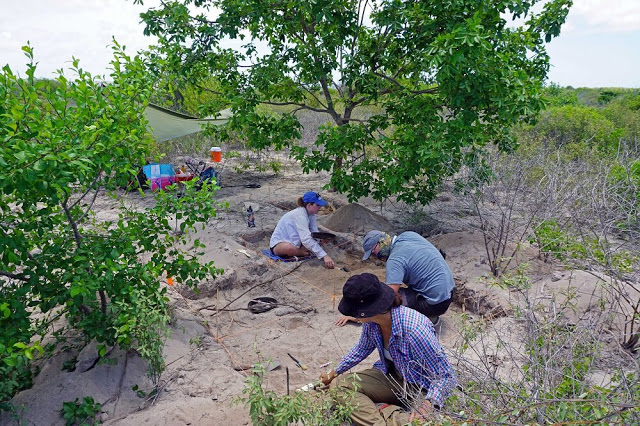 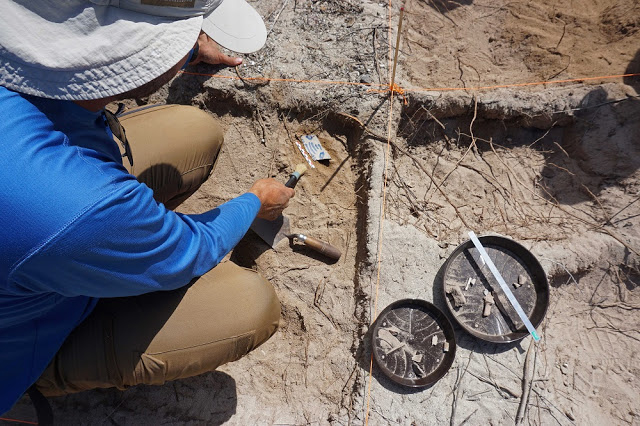 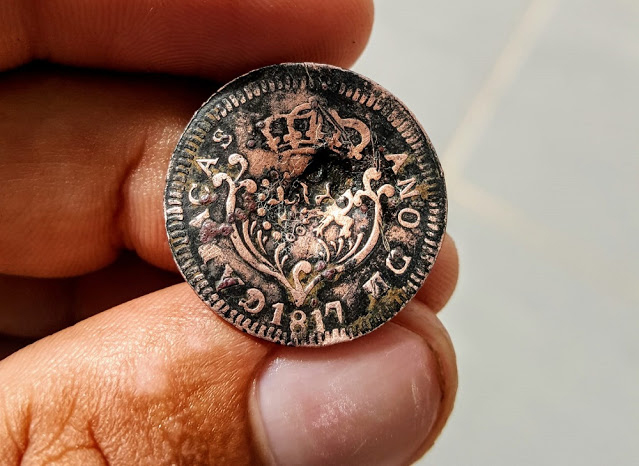 Analysis of informal commerce in the Colonial Caribbean

In the Dutch islands of Curaçao and Bonaire

The historical archaeologist Konrad A. Antczak, a Marie Skłodowska-Curie researcher with the UPF Department of Humanities and member of the Research Group on Colonialism, Gender and Materialities (CGyM), has recently returned from archaeological fieldwork in the Dutch islands of Curaçao and Bonaire, in the southern Caribbean. He has conducted excavations in this region locating a camp with a warehouse for the transshipment of goods, where he has found a wide variety of everyday objects.

This trip is part of the ArCarib project (Archaeology of Informal Commerce in the Colonial Caribbean), of which Konrad A. Antczak is the principal investigator, supervised by Sandra Montón Subías, a UPF-ICREA research professor at the Department of Humanities and CGyM coordinator. ArCarib, funded by the European Union through its Horizon 2020 program endowed with some 173,000 euros, began in April 2019 and will last until May 2021.

The project is investigating what Konrad A. Antczak—rather than ‘contraband’—prefers to call informal commerce, quoting on the one hand the restrictive Spanish trade monopoly, and secondly, Spanish neglect to duly provide its colonies with vital commodities, which pushed them to trade informally with foreign ports. This trade flourished between the Spanish province of Venezuela and the Dutch islands of Curaçao and Bonaire in the seventeenth and eighteenth centuries.

“The Kingdom of Spain was commercially very restrictive and could only trade with Spain and its other domains, and the Dutch and the Jews who lived on the island of Curaçao saw that the Venezuelan coast was devoid of basic commodities. Ships from Spain came rarely, and the people living on the coast needed ceramics, fabrics, food: they realized that there was a space for this trade with the Dutch islands, which benefited both sides,” explains Konrad A. Antczak.

During this second fieldwork, archaeological excavations were carried out in the uninhabited island of Klein Bonaire, located opposite the island of Bonaire, and in a Sephardic plantation in one of the large internal bays of Curaçao. The excavations at Klein Bonaire revealed what Konrad A. Antczak believes was probably a camp of administrators of a goods transshipment warehouse whose ruins still remain in place, and where they stored goods that traders from Curaçao brought to the mainland.

Among the numerous findings there that reflect everyday life in the camp in the first half of the eighteenth century, shoe buckles, pewter spoons, coins, fragments of weapons and even two cannonballs possibly fired at the camp during a standoff have been discovered. In addition, a significant amount of creole earthenware was uncovered—crafted cooking pots—which the investigator is to subject to archaeometric analysis at the University of Barcelona to ascertain whether they were brought from Venezuela along with sacks of cocoa.

ArCarib is the first archaeological project that transcends the maritime boundary between the islands and Venezuela and seeks to understand how goods that were traded by sea, mainly coveted Venezuelan cocoa and other less known objects such as creole stoneware and European ceramics, affected island and mainland societies.

The research of the ArCarib project focuses on how informal maritime commerce in ceramics in the south-eastern Caribbean in the seventeenth and eighteenth centuries affected the daily life of the communities of the islands of Aruba, Curaçao and Bonaire and the Venezuelan coast, particularly in respect of the identity formation processes and gender relations.

Although much has been studied about the socioeconomic and political history and the impacts of this commerce rooted in the region, still little is known of its material dimensions and how the indispensable smuggled ceramics changed or maintained the identities and gender relations of the colonial societies of the islands and of the continent.