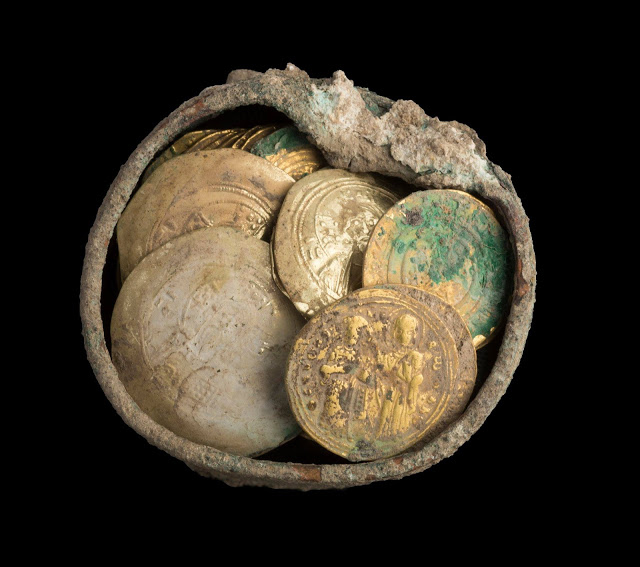 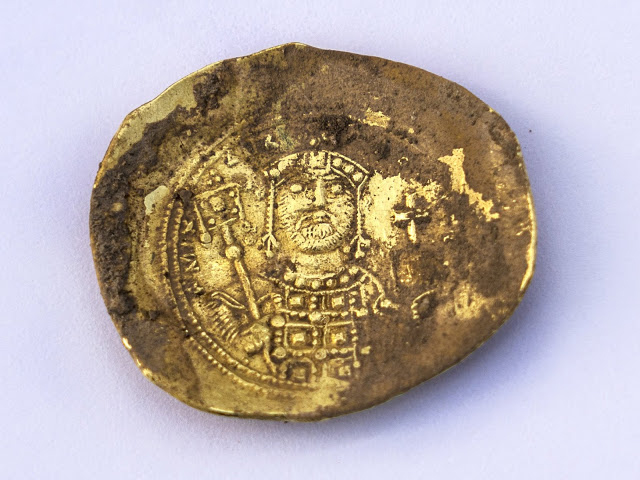 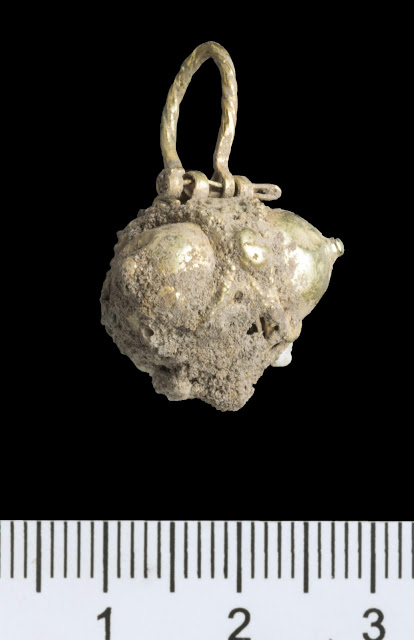 During an extensive excavation and conservation work

During an extensive excavation and conservation work in Caesarea conducted by the Israel Antiquities Authority and sponsored by The Edmond de Rothschild Foundation IL, a hidden treasure of Caesarea was found.

The treasure contains a combination of coins not yet seen in Israel: 18 Fatimid dinars, well known from previous excavations in Caesarea where it was the standard local currency of the time and a small and extremely rare group of six Byzantine imperial gold coins. Five of the coins are concave and belong to the reign of the Byzantine Emperor Michael VII Doukas (1071–1079), Dr. Robert Kool, coin expert at the Israel Antiquities Authority explains.

According to the directors of the excavation, Dr. Peter Gendelman and Mohammed Hatar of the Israel Antiquities Authority, “The coins in the cache make it possible to link the treasure to the Crusader conquest of the city in the year 1101, one of the most dramatic events in the medieval history of the city. According to contemporary written sources, most of the inhabitants of Caesarea were massacred by the army of Baldwin I (1100–1118), king of the Crusader Kingdom of Jerusalem. It is reasonable to assume that the treasure’s owner and his family perished in the massacre or were sold into slavery, and therefore were not able to retrieve their gold.”

At the center of the excavation and conservation activity of the multi-year Caesarea project, stands the impressive façade of the city’s ancient central public building. It was part of a sacred compound first built by Herod more than two millennia ago, as a tribute to his Roman patron, the emperor Augustus, and the goddess Roma. The newly discovered treasure was found in this area.

This important discovery was found close to the location of two other treasures of the same period. The first, a pot consisting of gold and silver jewelry, was discovered in the 1960s. The second, a collection of bronze vessels, was found in the 1990s.

The new finding highlights the notion of Caesarea being a vibrant port city since its establishment 2,030 years ago.