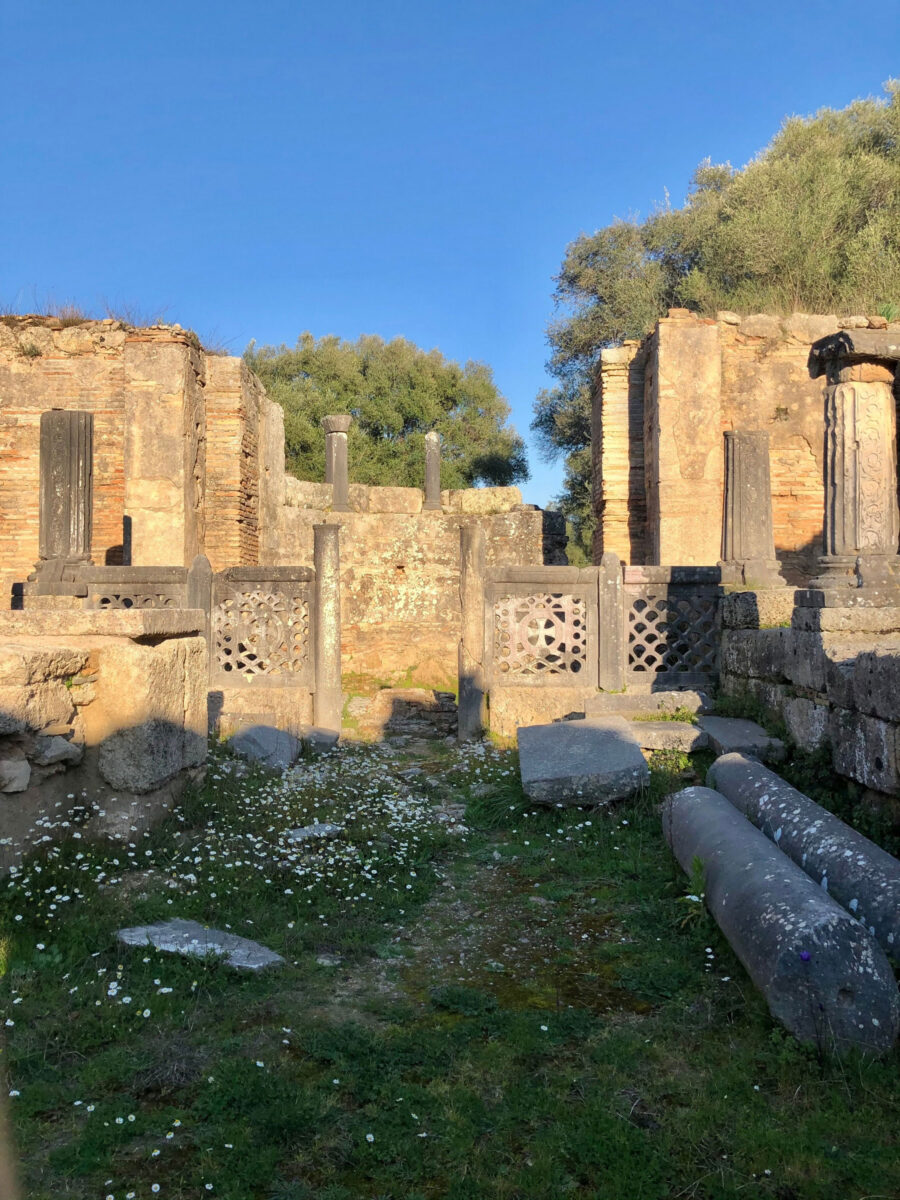 Pheidias workshop to be restored

The Early Christian Basilica of Olympia

The Pheidias Workshop – Early Christian Basilica of Olympia is being restored by a study approved by the Central Archaeological Council as part of a programme to enhance the Roman phase of the archaeological site of Ancient Olympia. Referring to this programme, Minister of Culture and Sports Lina Mendoni said “The enhancement of the buildings of the Roman period, apart from protecting the monuments themselves, will give an extremely interesting picture of the archaeological site of Olympia while significantly enhancing the time spent there by the visitors. Today, most visitors limit their tour to the area occupied by the sanctuary in classical antiquity. With the completion of the programme of enhancing the Roman phase of the Sanctuary of Ancient Olympia, the site’s image is expected to change radically, offering visitors a more complete experience of the site and the different time periods as embodied in the monuments of Olympia.”

The building, which researchers have identified with the workshop of Pheidias, is situated in a central part of the archaeological site of Olympia, while there is evidence of its continuous use from the Classical to the Byzantine era. Its historical depth and the discovery by the German excavators of elements that point to the presence of the sculptor Pheidias make it special, giving it a prestige that goes far beyond the particular locale.

The study, prepared and funded by the German Archaeological Institute, aims to completely protect the monument and its greater area with interventions that serve its legibility, without disturbing the patina of time on its surfaces.

The restoration proposes to present the Byzantine building in the construction’s interior, based on existing features from each phase as well as architectural qualities expressed by individual elements of every era either scattered or inside the monument. The Central Archaeological Council , approving the study for the restoration of the Early Christian Phase, requested that the building’s Classical phase be more enhanced, inside and outside, to document all surviving authentic material from that period.

The monument has been fully documented: All the stones of the south pillar were located , as well as the paving stones that are in a depositor of architectural members, east of the monument and other members kept in the Museum. In total, 160 architectural members were documented, while on-site measurements were conducted using modern and traditional methods. Finally, in the context of the research, new observations were made, related to the many, still open, issues of representing the construction phases and key details of the monument.

The history of the monument and its conservation

The history of the monument begins in the Classical era in the third quarter of the 5th c. AD, when upon completing his works on the Athens Acropolis, Pheidias came to Olympia to make the statue of Olympian Zeus. Originally the monument was a free standing autonomous building. On the north side it was adjacent to the east with the “Theikoleon” of the same period, which housed the priests of Altea and to the west with the “Heroon”, also a contemporary building. Nothing remains of the original superstructure since all this part of the building was subsequently replaced. Sporadically found on the stone base with the stanchions was the original coating of mortar which must have covered the lost part of the brick superstructure. The roof was wooden, with Corinthian type clay tiling and excavation findings show that it had an elaborate eavestrough. These features prove that the Classical building had been completed and according to the archaeological observations of the stratigraphy and the commentary of the findings, dates to the third quarter of the 5th c. BC.

Over time and during the Hellenistic era, small and large buildings were gradually added to the workshop’s immediate surroundings, which then became part of a large building complex. These constructions did not have the monumental features of the workshop. During the Late Hellenistic period, between the 2nd c. BC and 1st c. AD, large-scale changes took place in the workshop’s surrounding area as well as in Theikoleon, with a peristyle added to its eastern part.

Great changes took place in both the building and its surroundings during the Roman era. Only the original layout of the building with its antechamber/prodomos and main hall remained unchanged. In Byzantine times between 435 and 451 A.D., the most important building of the Byzantine settlement, that of Christian worship, was founded on the ruins of the workshop. The architecture of the Early Christian basilica was easily adapted to the rectangular shape of the existing building. The Basilica in ancient Olympia is considered to be the oldest known Early Christian church of Ilia.

Although the excavations have provided important data, there has been no systematic effort at  conserving and restoring the monument . It should be noted that the excavations brought about large-scale damage to the Early Christian phase. When observing old drawings and photographs, many features of the church (the sanctuary niche, altar, the base of the south colonnade, the narthex colonnade, the walls of the west chambers) were sacrificed for the research to progress.

Nevertheless, the thorough documentation of the Byzantine elements by older researchers and excavators, as early as 1877, makes it possible for the monument’s proper restoration.