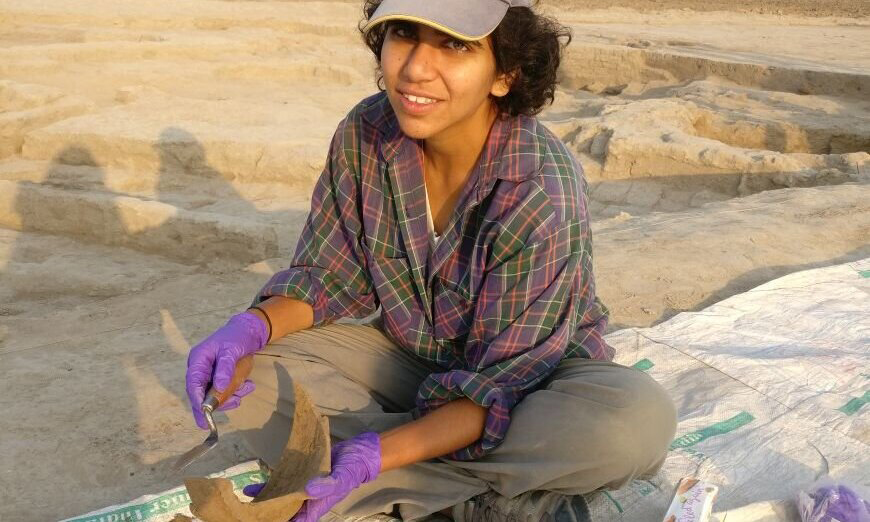 In the present-day states of Haryana and Uttar Pradesh

New lipid residue analyses have revealed a dominance of animal products, such as the meat of animals like pigs, cattle, buffalo, sheep and goat as well as dairy products, used in ancient ceramic vessels from rural and urban settlements of the Indus Civilisation in north-west India, the present-day states of Haryana and Uttar Pradesh.

The study, published in the Journal of Archaeological Science, was led by Dr Akshyeta Suryanarayan, former PhD student at the Department of Archaeology, University of Cambridge and current postdoctoral researcher at CEPAM, UMR7264-CNRS, France.

Dr Suryanarayan said: “The study of lipid residues involves the extraction and identification of fats and oils that have been absorbed into ancient ceramic vessels during their use in the past. Lipids are relatively less prone to degradation and have been discovered in pottery from archaeological contexts around the world. However, they have seen very limited investigation in ancient ceramics from South Asia.”

“This study is the first to investigate absorbed lipid residues in pottery from multiple Indus sites, including the Indus city of Rakhigarhi, as well as other Indus settlements of Farmana and Masudpur I and VII, allowing comparisons to be made across settlements and across time.”

The identification of specific compounds in the lipid extracts enables the detection of different plant or animal products, such as fatty acids, previously used in the vessels. Additionally, isotopic analysis of fatty acids enables the differentiation of different types of animal meat and milk. These analyses enable an understanding of vessel use and what was being cooked in them.

Suryanarayan said: “Our study of lipid residues in Indus pottery shows a dominance of animal products in vessels, such as the meat of non-ruminant animals like pigs, ruminant animals like cattle or buffalo and sheep or goat, as well as dairy products. However, as one of the first studies in the region there are interpretative challenges. Some of the results were quite unexpected, for example, we found a predominance of non-ruminant animal fats, even though the remains of animals like pigs are not found in large quantities in the Indus settlements. It is possible that plant products or mixtures of plant and animal products were also used in vessels, creating ambiguous results.”

“Additionally, despite the high percentages of the remains of domestic ruminant animals found at these sites, there is very limited direct evidence of the use of dairy products in vessels, including in perforated vessels that have been previously suggested to be linked to dairy processing. A recent Scientific Reports study has reported more evidence of dairy products, primarily in bowls in Gujarat. Our results suggest that there may have been regional differences. The analysis of more vessels from different sites would help us explore these potential patterns.”

Senior author Dr Cameron Petrie, University of Cambridge, said: “The products used in vessels across rural and urban Indus sites in northwest India are similar during the Mature Harappan period (c. 2600/2500-1900 BC). This suggests that even though urban and rural settlements were distinctive and people living in them used different types of material culture and pottery, they may have shared cooking practices and ways of preparing foodstuffs.”

“There is also evidence that rural settlements in northwest India exhibited a continuity in the ways they cooked or prepared foodstuff from the urban (Mature Harappan) to post-urban (Late Harappan) periods, particularly during a phase of climatic instability after 4.2 ka BP (c. 2100 BC), which suggests that daily practices continued at small rural sites over cultural and climatic changes,” Petrie said.

This study adds to existing research in the region which suggests the resilience of rural settlements in northwest India during the transformation of the Indus Civilisation, and during a period of increasing aridity.

The results also have major implications for broadening our understanding of the foodways of South Asia, as well as the relationship between pottery and foodstuffs.

Dr Suryanarayan concluded: “Our understanding of the culinary history of South Asia is still very limited but these results demonstrate that the use of lipid residues, combined with other techniques in bioarchaeology, have the potential to open exciting new avenues for understanding the relationship between the environment, foodstuffs, material culture, and ancient society in protohistoric South Asia.”