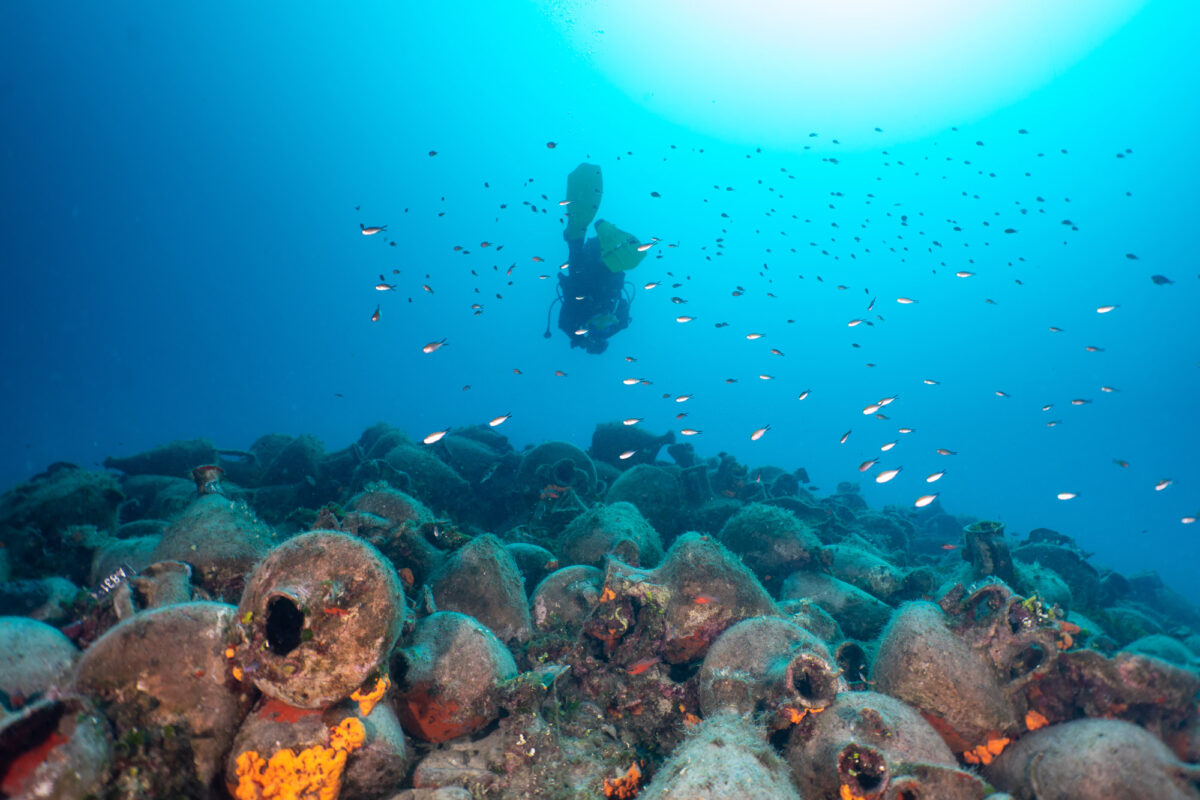 First prize for the Underwater Museum of Peristera

In the competition of the European Cultural Tourism Network

The project of the Underwater Museum of Peristera off Alonissos in the Region of Thessaly won the first prize in the category “Innovation and Digitalisation in Sustainable Cultural Tourism, towards Smart Destinations” of the European Cultural Tourism Network (ECTN).

As the Region of Thessaly explains in an announcement: “the project was recognized as an example of excellence that inspires other tourist destinations and encourages the further development of sustainable and responsible initiatives in cultural tourism”.

It is worth noting that the winners were announced online, at the awards ceremony held during the 13th International Conference on Cultural Tourism on “Development and promotion of tourism based on cultural heritage”, organized by ETCN on October 22 – 24, 2020 in Krk / Rijeka, Croatia.

“Thessaly innovates in practice and has been awarded by Europe. The Peristera shipwreck is already one of the six most popular tourist destinations in the world”, said governor of Thessaly Kostas Agorastos and added: “Thessaly’s Underwater Museums prove that anything is possible through cooperation and a united front. We joined forces with the Ministry of Culture and Minister Lina Mendoni and opened a new path for culture; a path for a diversified tourist product that respects and enhances the natural environment, brings added national wealth and creates new jobs”.

Among other things, Mr. Agorastos noted that “in cooperation with the Ministry of Culture we are making the most of both the shipwreck of Peristera in Alonissos, equal to the Parthenon in terms of uniqueness as the oldest visitable shipwreck in the world, and the other shipwrecks in the Western Pagasitikos. We aim to make them accessible to visitors, to create conditions that add value to Thessaly both in terms of tourism and of culture on a symbolic and real level”.