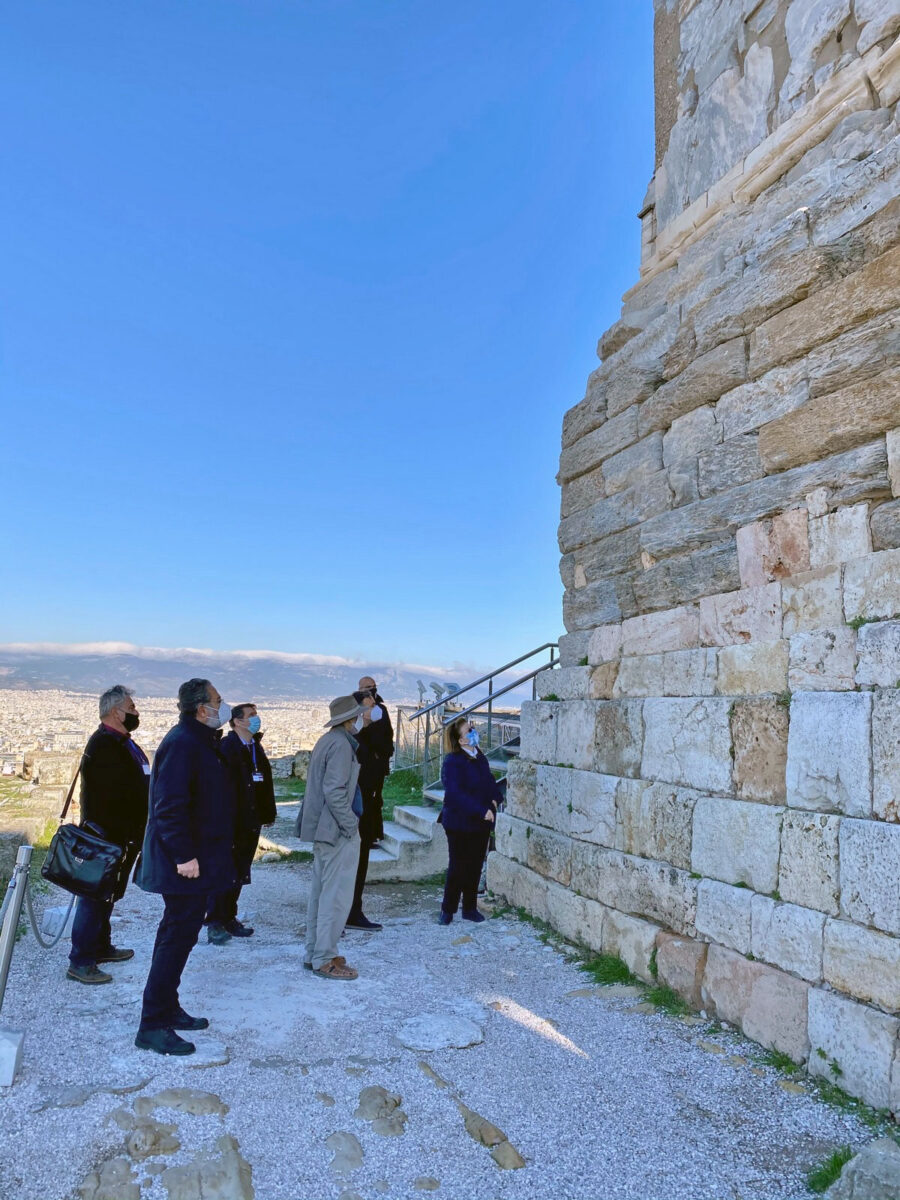 Inspection on the Acropolis by Lina Mendoni

An inspection on the Acropolis was carried out last week by Minister of Culture and Sports Lina Mendoni, accompanied by Chairman of the Committee for the Preservation of the Acropolis Monuments, Academician Professor Manolis Korres, Secretary General of Culture George Didaskalou and staff from the Ministry. The Minister was briefed on the progress of the ongoing hydraulic study and also on the project to be realized on the north and west side of the rock, scheduled to begin in January 2021. The corresponding project on the east and south east side of the Parthenon has already been completed.

While conducting a hydraulic study of the rock of the Acropolis and during the calculation of the large quantity, velocity and surface run-off of the rainwater permeating the western slope from the Propylaea, it became clear that one of the central drainage points should be further examined on the plateau west of the monument of Agrippa.

As the hydraulic study is underway, the problem already facing the monument of Agrippa from the 19th century has been raised, concerning a progressive differential settlement of the soil due to surface run-off and the absorption of waters. Manolis Korres explained that the monument’s base made of Hymettus marble has since the 19th century suffered increasing structural failures due to the differential settlement in its foundations, with only its eastern section being grounded in the slate rock while the rest is built on backfills. In the past, operations had been carried out to stabilize the monument’s structure with reinforced concrete additions and a retaining wall made of acetite at its subbase being constructed at the beginning of the 20th century, while later on iron components were placed on its upper section . Over the last decades, the joints of the stones were sealed and crack gauges were installed by the Acropolis Monuments Preservation Service for systematic monitoring of the width of cracks.