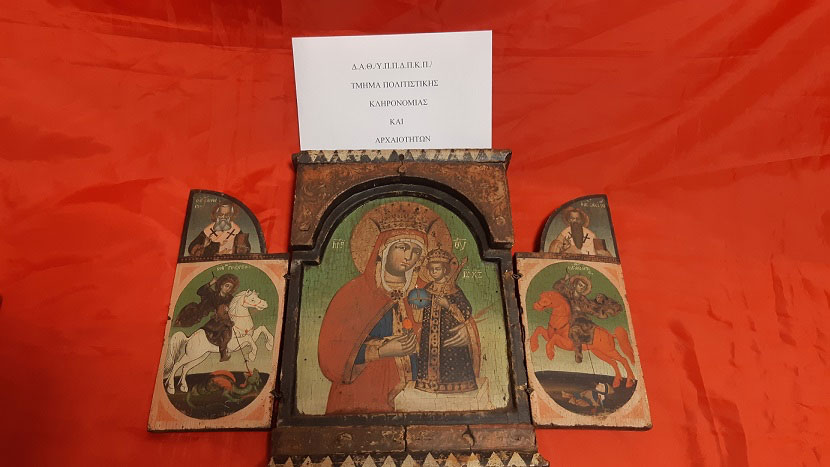 Arrest for antiquity smuggling in Thessaloniki

Attempt to sell religious icons via the internet

A 57-year-old man attempting to sell religious icons online after posting a relevant ad, was arrested by police officers form the Department of Cultural Heritage and Antiquities of the Thessaloniki Security Directorate.

A case was filed against the person arrested for violating the Law on the protection of Antiquities and Cultural Heritage in General.

Police officers of the above Service located an ad on a website for the sale of two old religious icons posted, as it emerged from the police investigation, by the 57-year-old. As part of an organized operation, one of the two icons, a triptych, was confiscated from the person arrested and after a search of his home, the second icon was found that had been posted on the internet.

According to an archaeologist from the Ephorate of Antiquities of the Region of Thessaloniki, the triptych icon comes under the protective provision of the Law on the protection of Antiquities and Cultural Heritage in General, while the second icon is a newer cultural object of historical value and in need of documentation.

The man arrested will be taken to the Public Prosecutor’s Office of Thessaloniki.