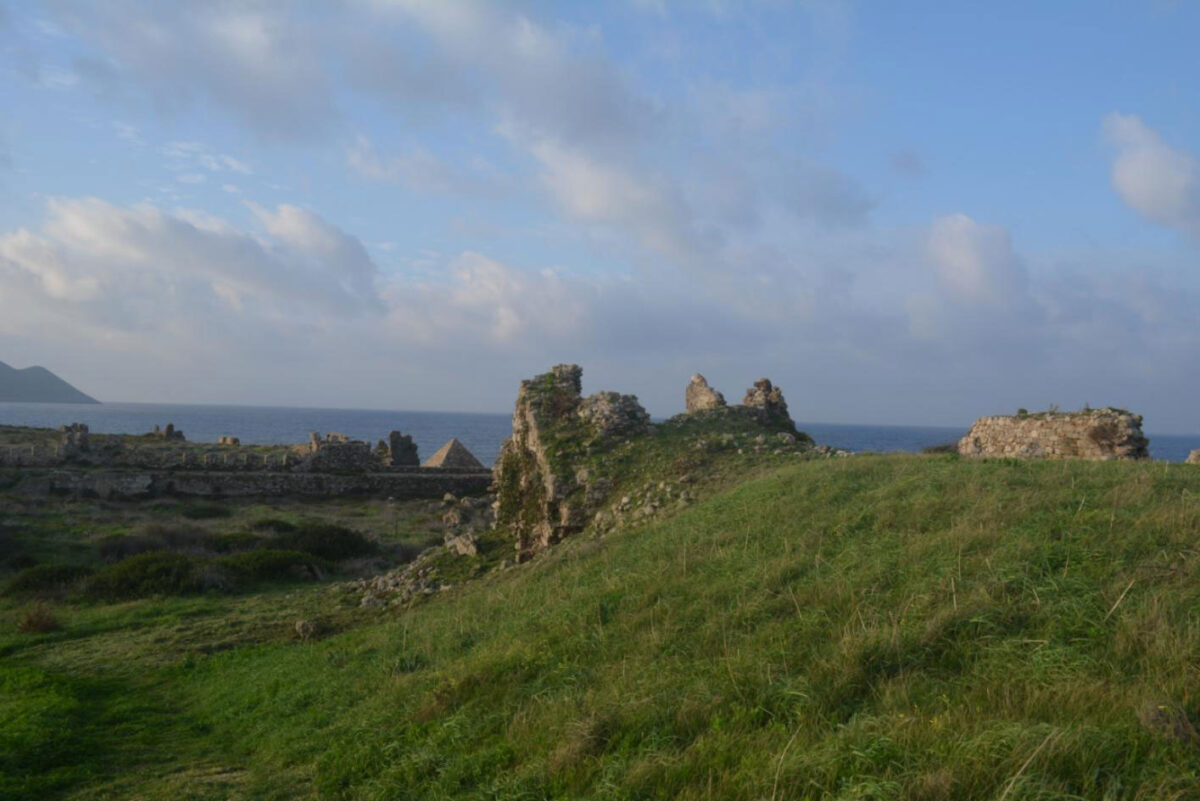 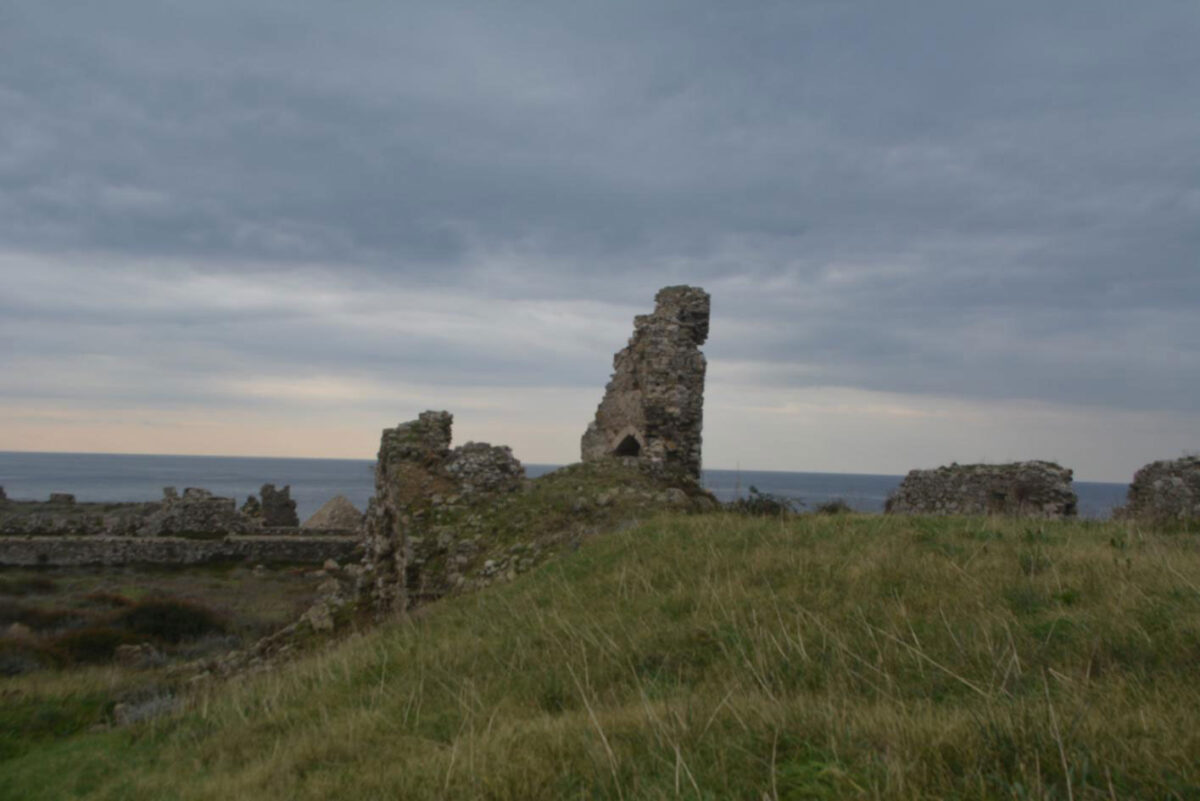 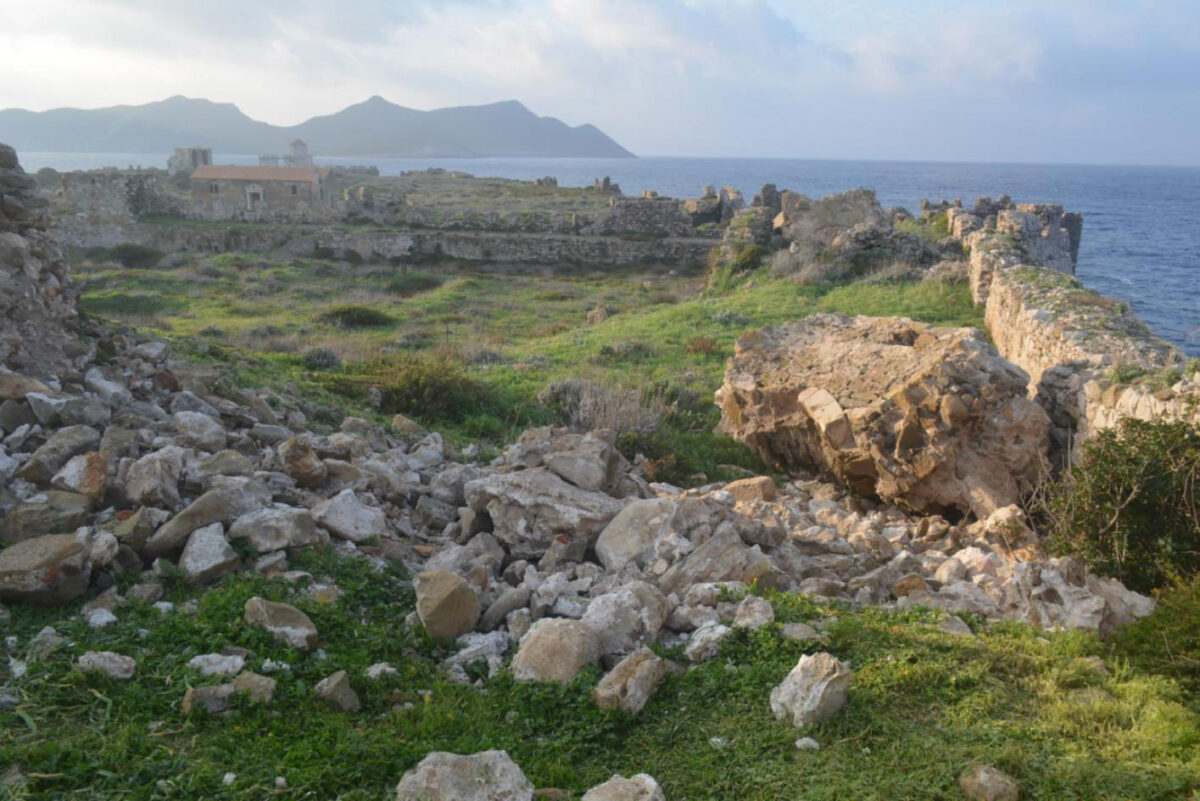 Collapse of part of the masonry of Methoni Castle

On the semicircular tower in the northern enclosure

According to an announcement by the Ministry of Culture and Sports, part of the west side of the semicircular tower inside the northern enclosure of Methoni Castle collapsed in the early hours of January 8, 2021. This was caused by recent very heavy rains at the beginning of last week. The fallen section of masonry was extremely heavy and not easy to hold together by immediate rescue measures.

The semicircular tower, one of the oldest in the citadel, dates back to the early 13th century and is one of the first construction projects by the Venetians on the Methoni peninsula. It is now situated inside the fortress because the walls were expanded to the west at a later date, during the Second Venetian Occupation (1686-1715). The tower had been badly damaged but it appears nevertheless to have had two arrow loops on two levels on the seaward side. Of these, the upper arrow loop survives, made of limestone. The tower is built in dry stone with limestone framing its only surviving arrow loop to the west.

The study for stabilising and restoring Methoni Castle  with a budget of 300,000 euros is scheduled to be carried out via a Programme Contract between the Ministry of Culture and Sports, the Peloponnese Region and the Pylos-Nestor Municipality. This was announced on December 30 by Minister of Culture and Sports Lina Mendoni and Regional Governor of the Peloponnese Panagiotis Nikas.

“In my meeting with Regional Governor Panagiotis Nikas”, said Minister of Culture and Sports, “it was pointed out that despite investments recently made through co financed programmes (2007-2013 CSF and NSRF) in this important monument, it is facing particular problems owing to its location by the sea. We have already agreed with the Regional Governor to proceed with a Programme Contract, financed by both parties so as to have the studies ready as soon as possible, with the goal of its restoration being included in the next Programming Period. The serious structural problems of parts of the castle will be tackled by the studies that are to be prepared in the most advantageous manner”.

In the meeting held under the minister with all competent Ministry of Culture services regarding the protection of Methoni Castle, its serious structural problems in need of tackling immediately were confirmed and presented. It was decided to prepare studies on the restoration of parts of the castle, stabilizing operations and the upgrading of its lighting. Ms Mendoni had briefed Mayor of Pylos-Nestor Panagiotis Karvelas on the Castle’s conditions and the works to be undertaken.

An in situ visit by Secretary General of Culture George Didaskalou and staff of the Ministry of Culture and Sports has been planned for a further confirmation of the various problems.