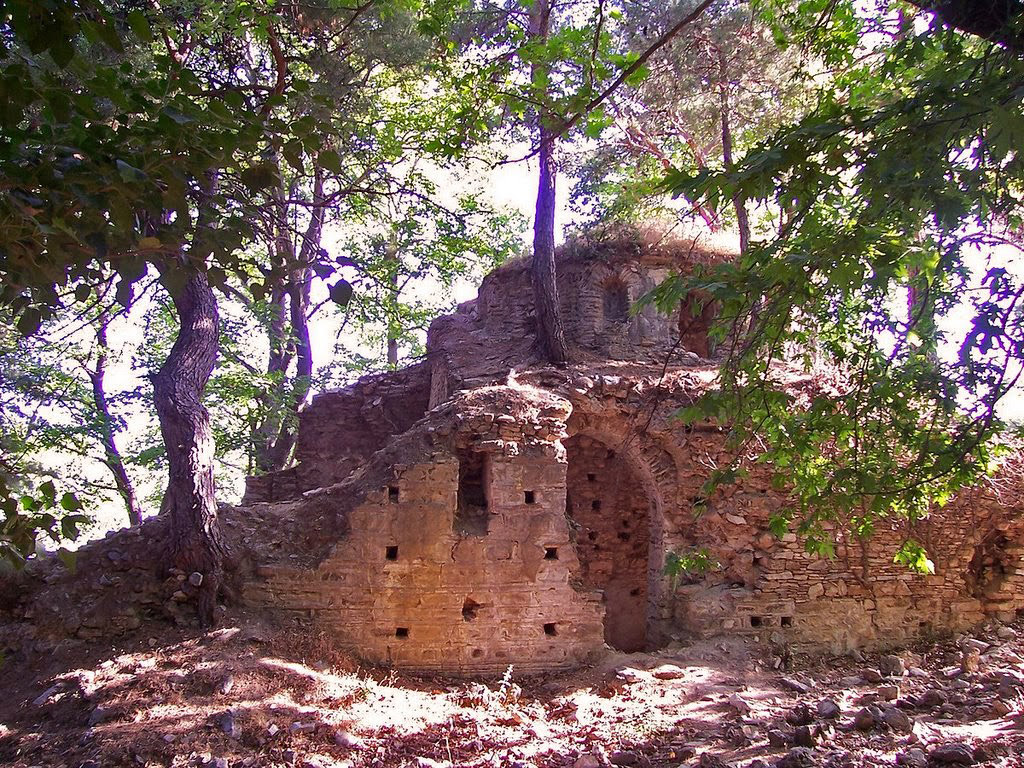 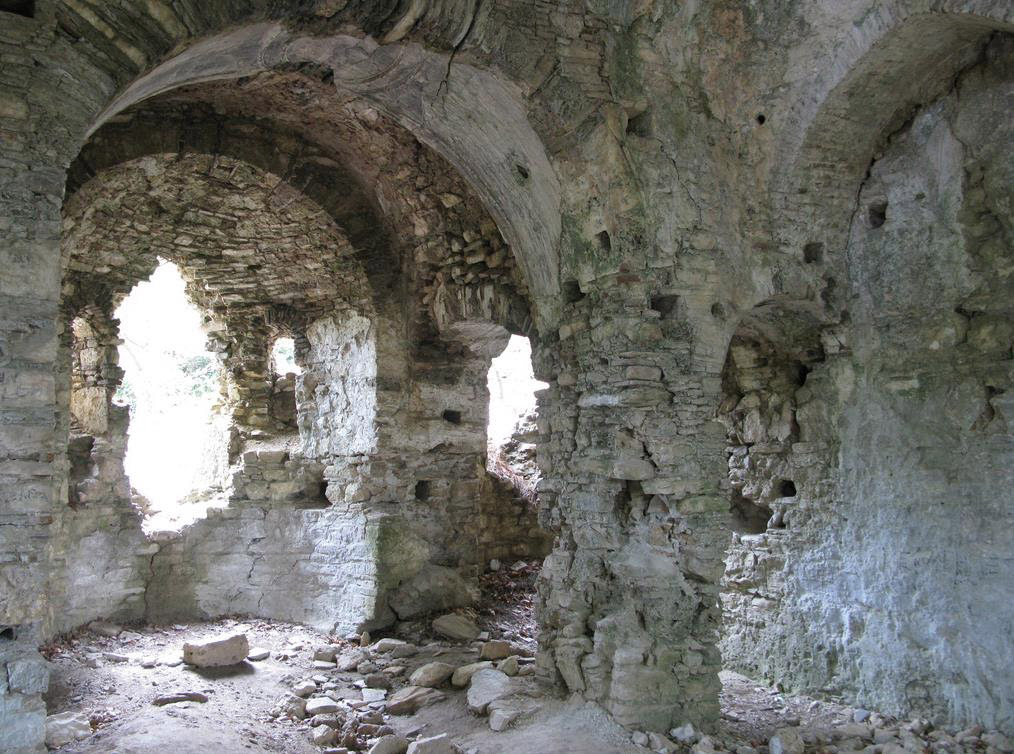 A Byzantine monastery on the verge of collapsing

In severe danger of collapsing seems to be the 11th century Monastery of Hagios Averkios (Aberkios), in the Samson Mountains of Turkey’s western province of Aydın, as growing trees pressing against its main building causes problems regarding its stability and wall preservation.

Settled in the Kuşadası district of Aydın, the monastery consists of a dining room, a cellar, a kitchen and bedrooms for monks, a small chapel and a necropolis. The chapel’s ceiling is decorated with aniconic frescoes bearing geometrical patterns (typical of the Iconoclastical period), while its walls  are decorated with frescoes representing religious personalities and scenes from the life of Jesus Christ and the gospel.

The monastery was still used until 200 years ago. In the aftermath of the Ottoman conquest, it formed the centre of an outstanding religious center for education. Since its abandonment it has been a popular hot-spot for nature lovers, trekkers or mushroom pickers visiting the area of Aydin.

“With the current situation the monastery is a danger for everyone,”, says Bahattin Sürücü, President of the Ecosystem Protection and Nature Lovers Association (EKODOSD), which is in charge of the monument. “The roots of the trees are damaging the walls and shattering the monastery’s stones. The monastery is situated at the top of the mountain, which is why it’s particularly vulnerable to nature,” Sürücü said, adding that as the wind blows, the trees press against the monastery’s domes, causing damage.

In order to avoid further damage as well as the potential harm of visitors, Sürücü calls for officials to promote the monument’s restoration as soon as possible.