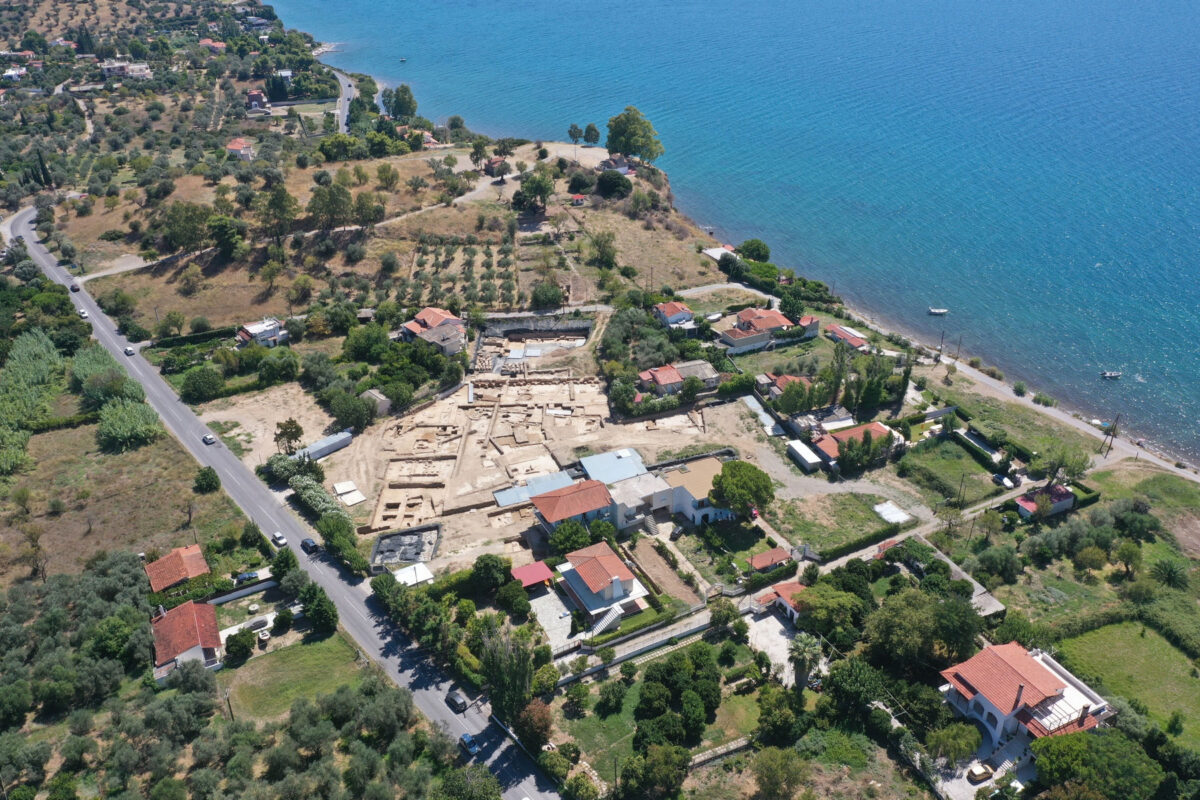 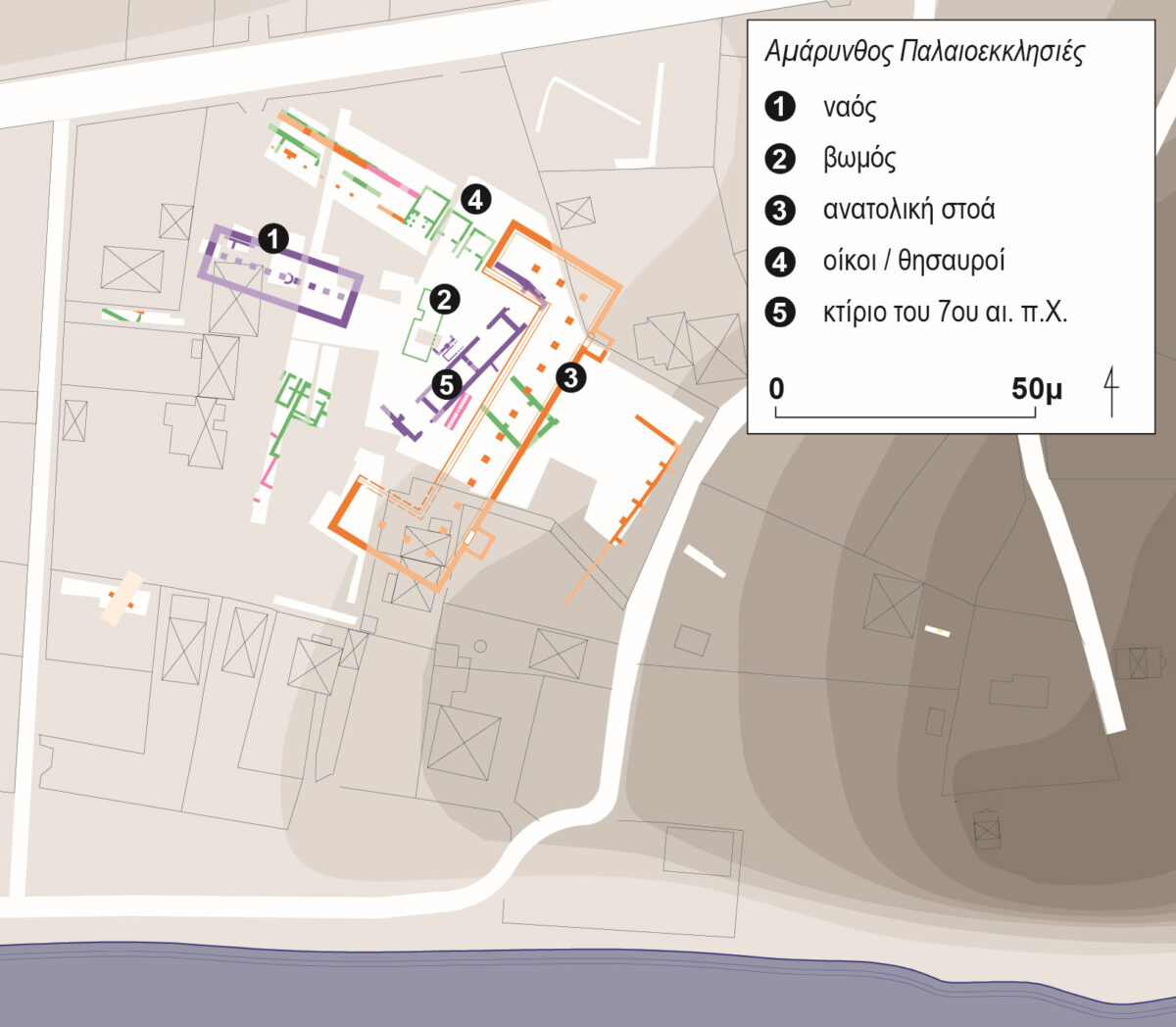 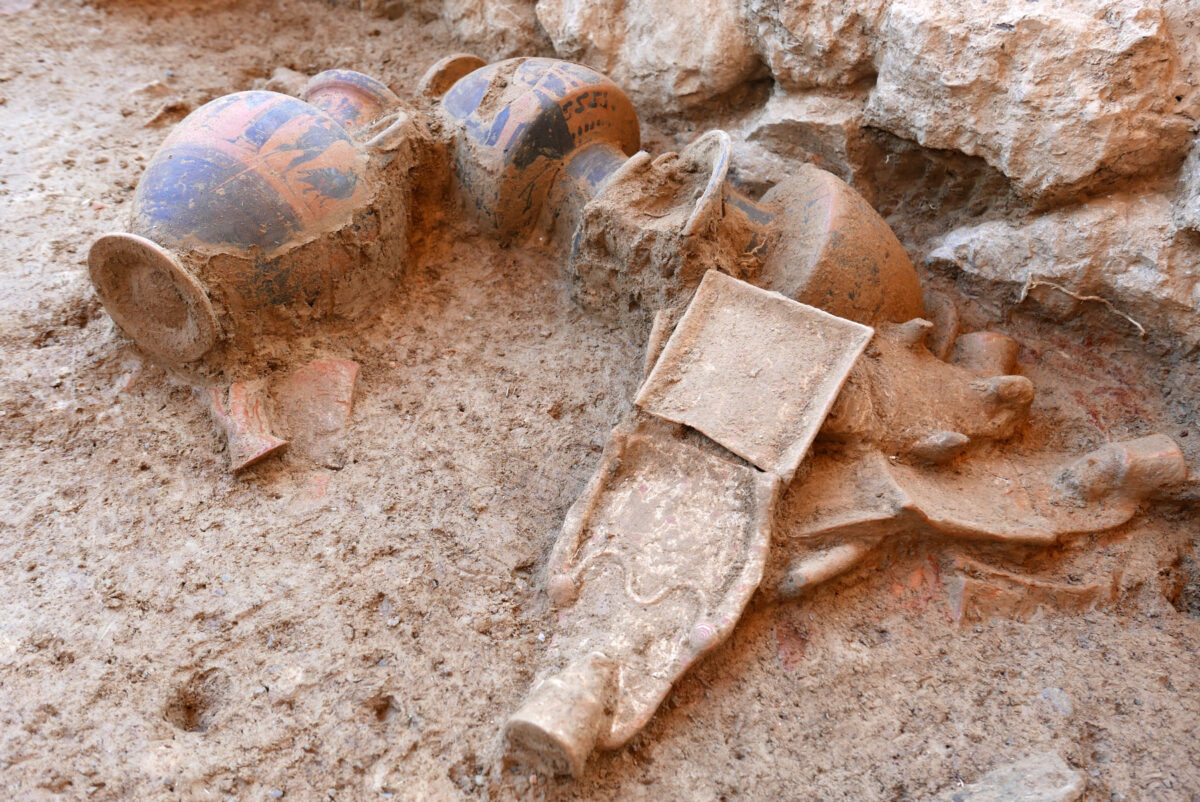 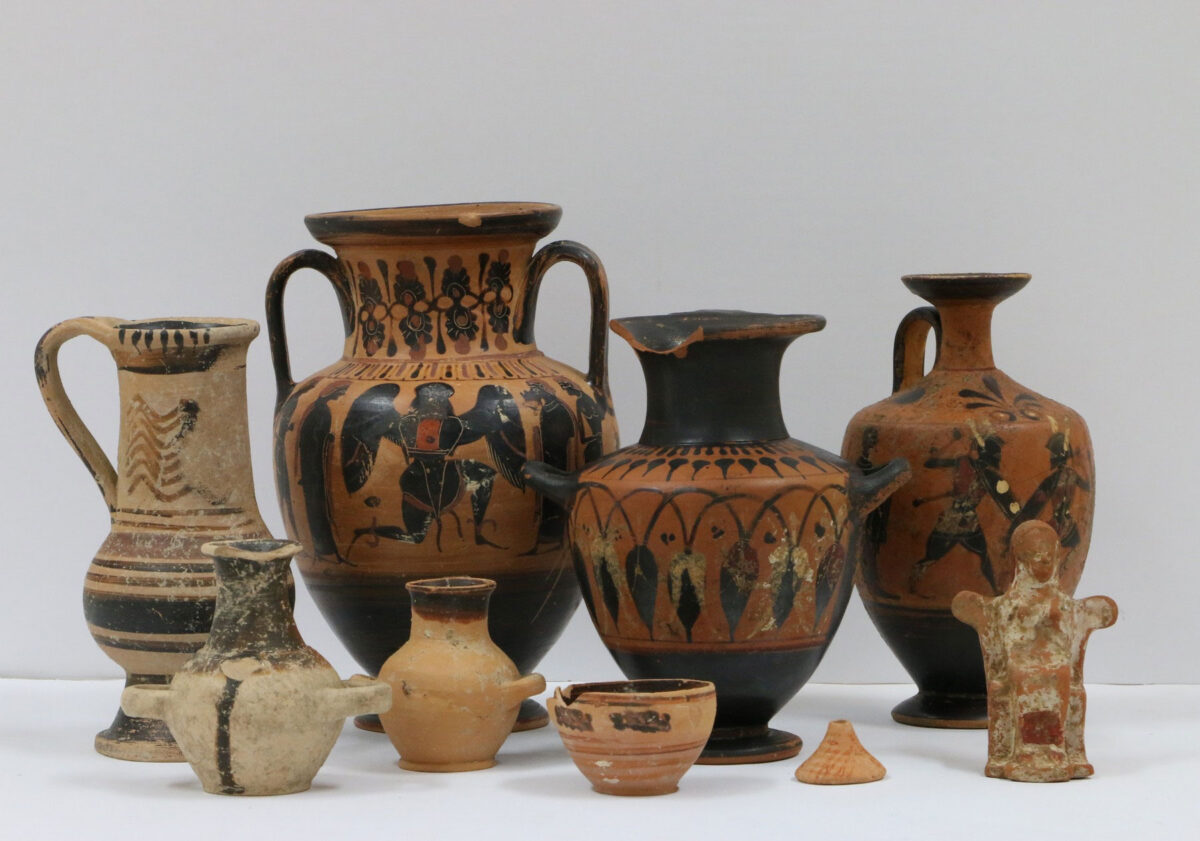 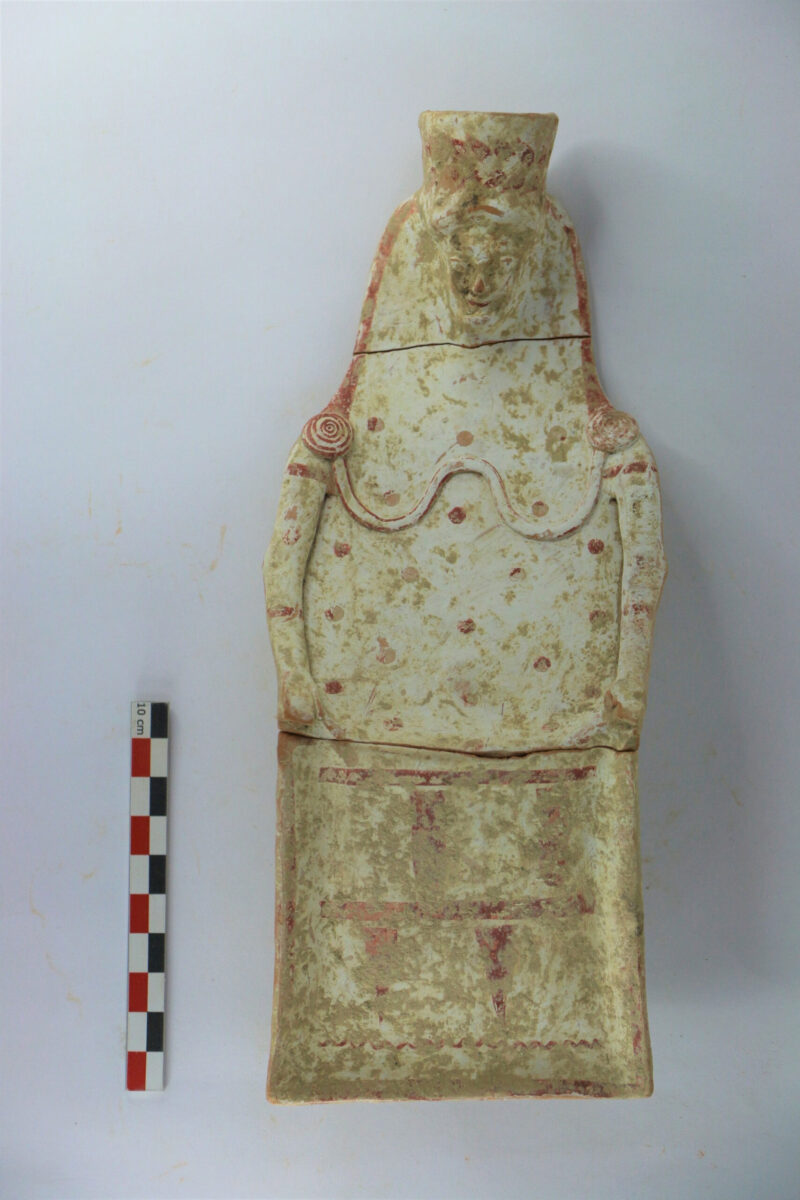 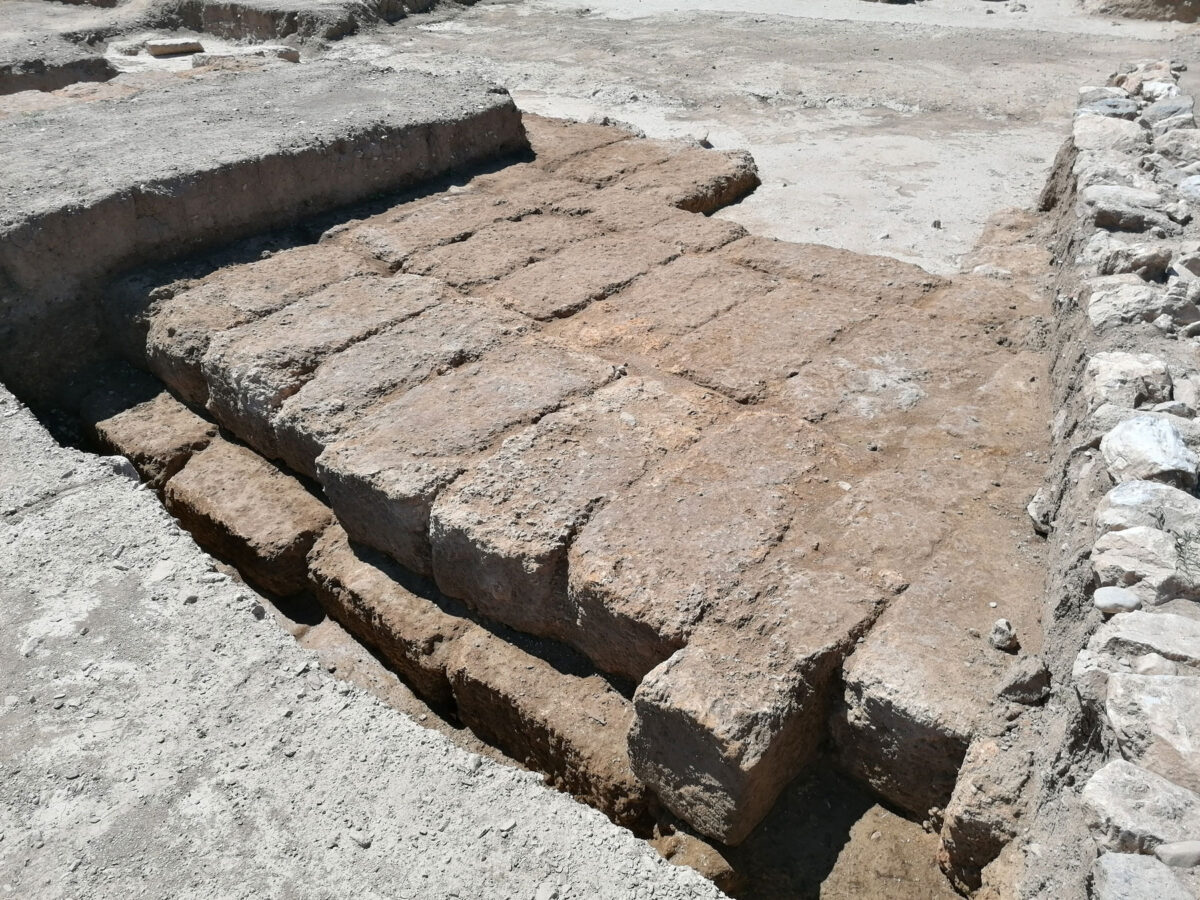 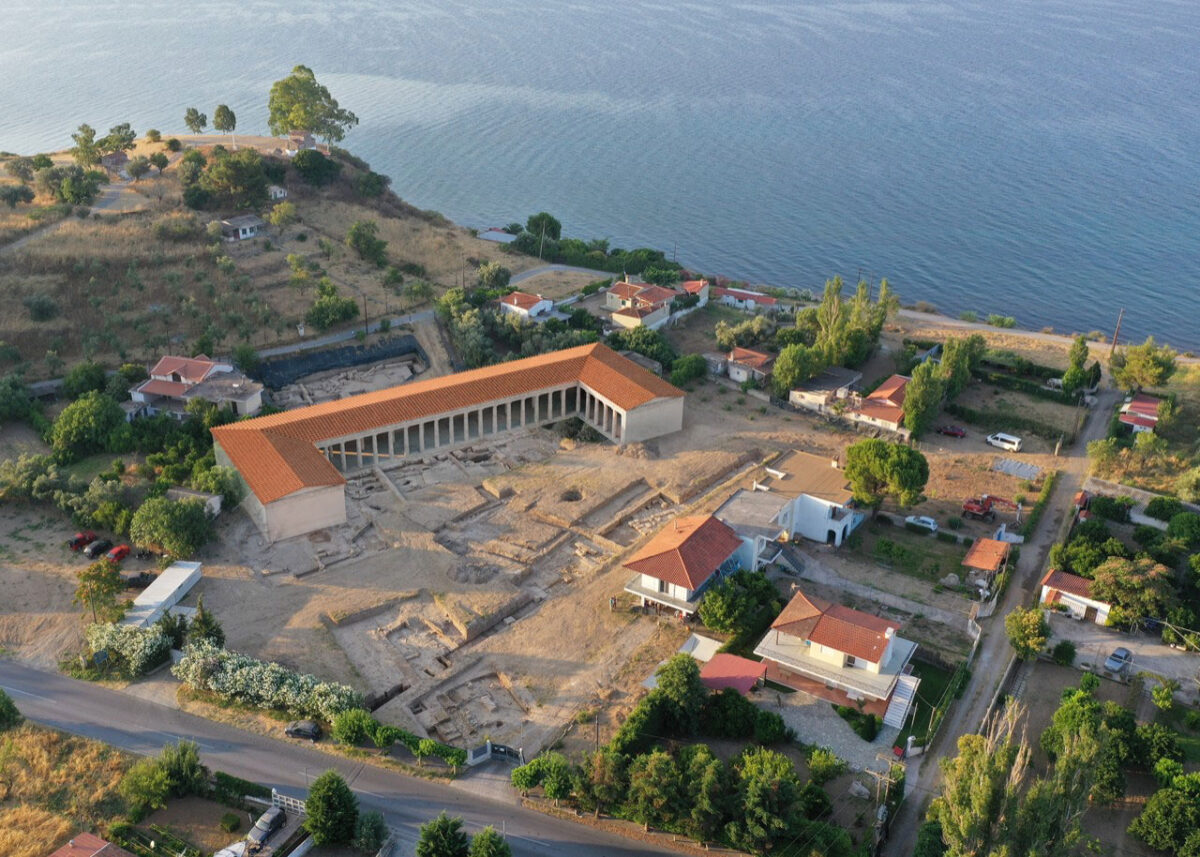 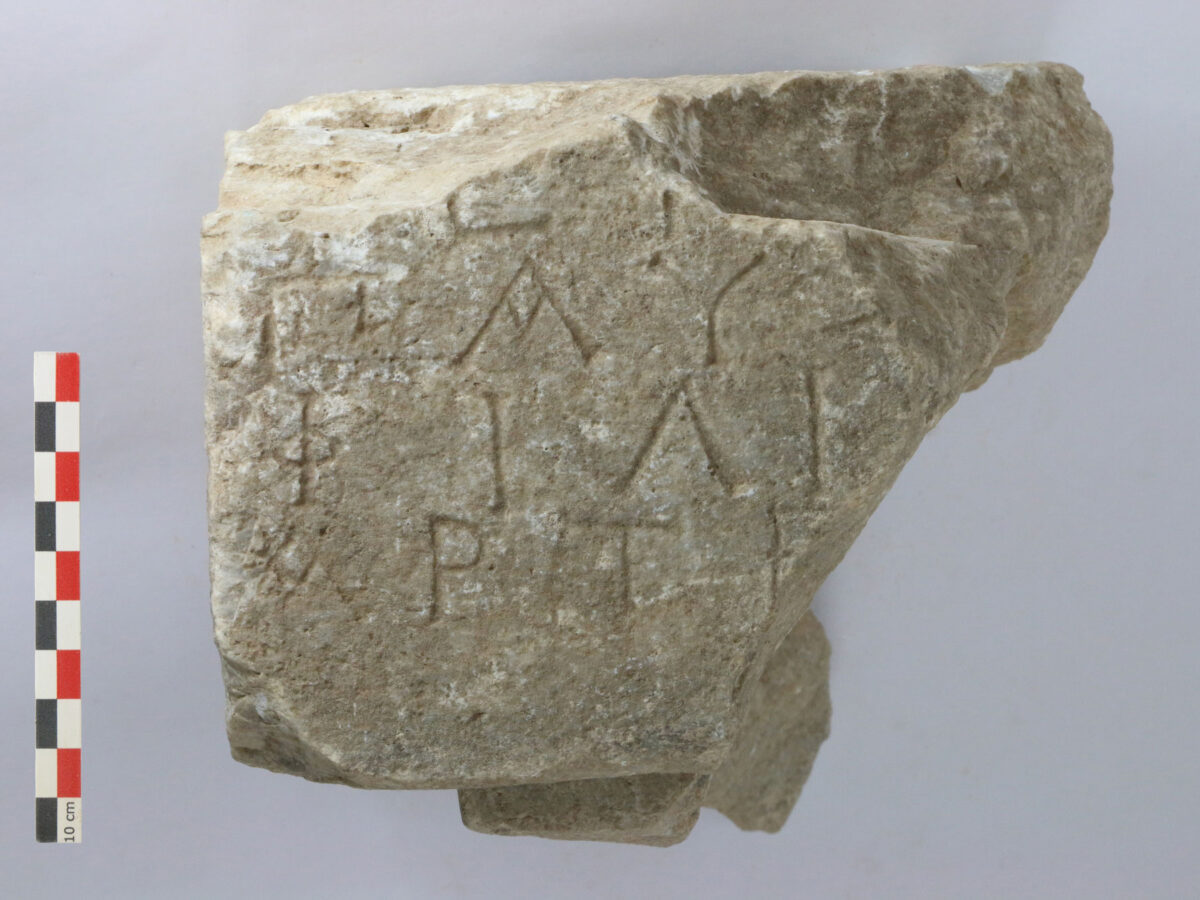 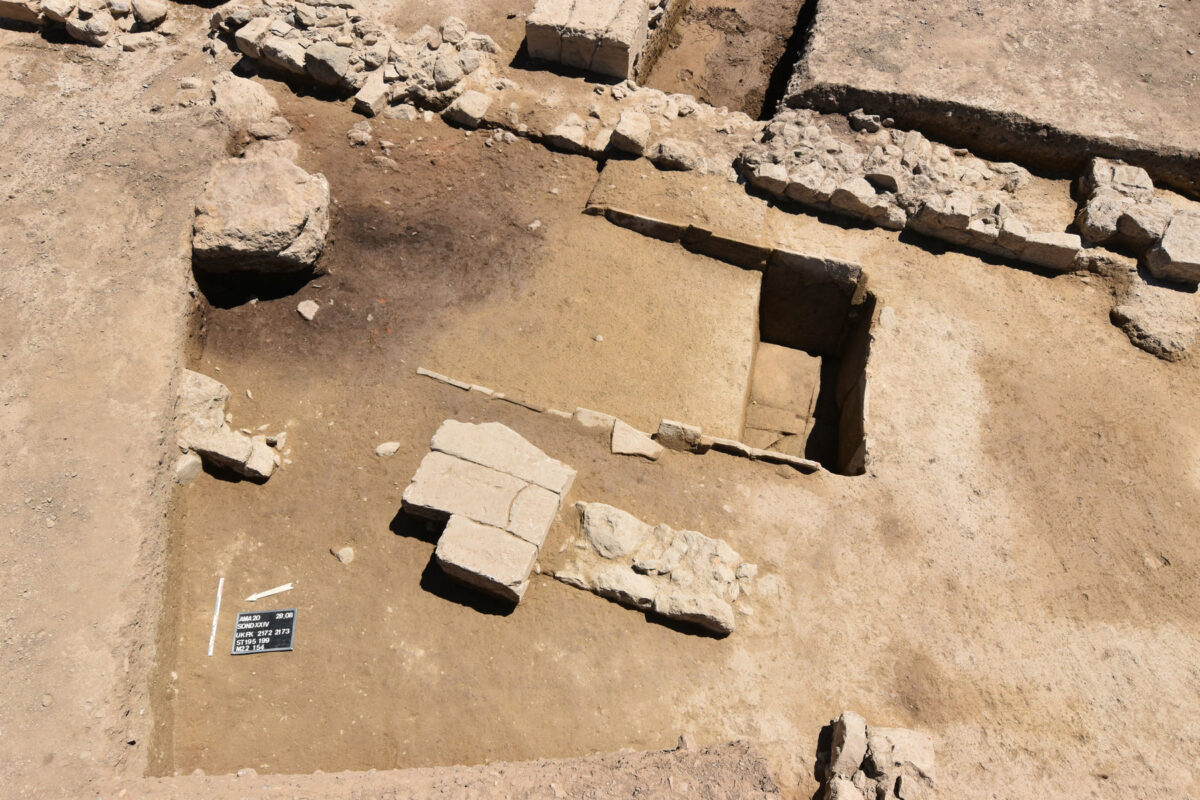 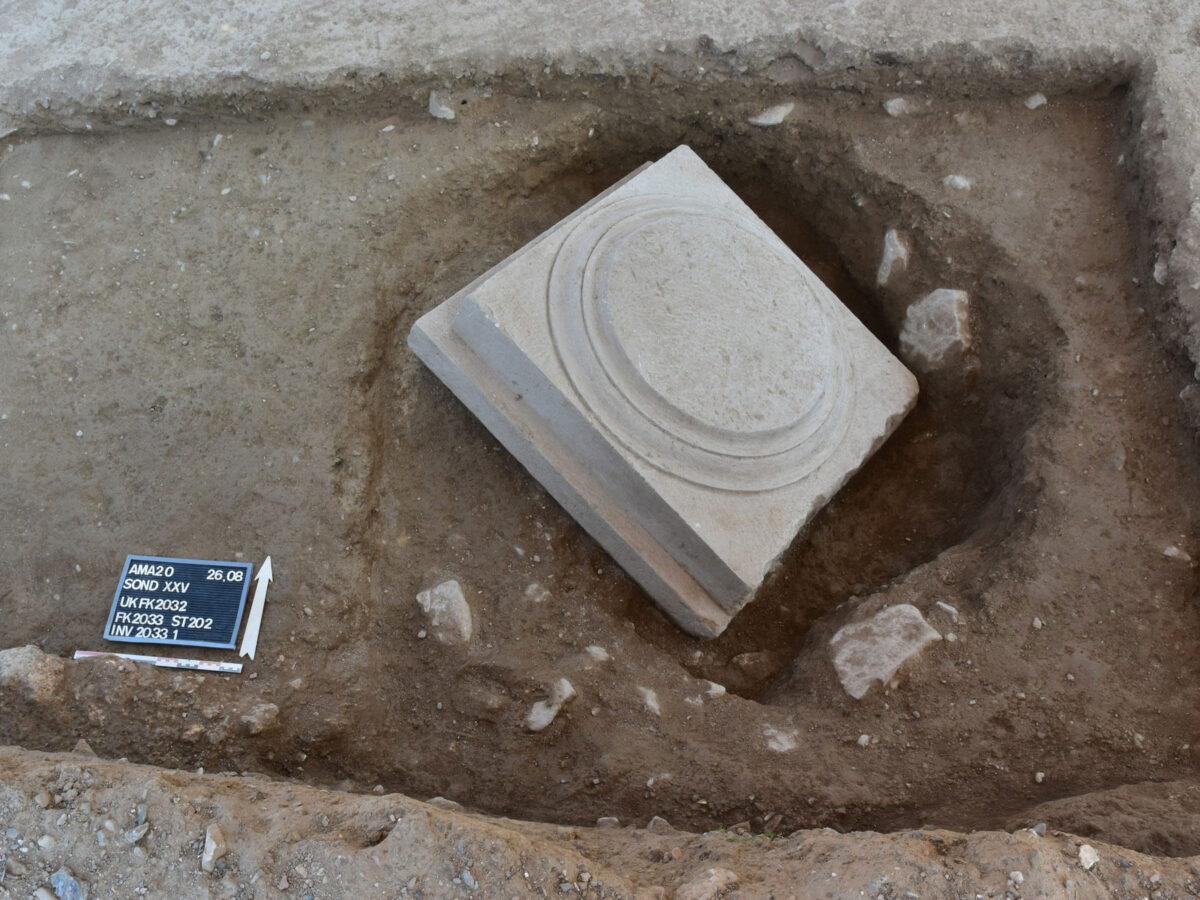 Late Αrchaic temple found in the sanctuary of Artemis Amarysia

A Late Archaic temple was located in a central spot of the sanctuary of Artemis Amarysia in this year’s excavation season taking place from July 20 to August 28, 2020, as part of the five-year programme (2020-2024) of archaeological research. It was led by archaeologist Amalia Karapaschalidou and, on the part of the Swiss School of Archaeology, headed by its director Karl Reber with the participation of only a small number of Greek and Swiss students, due to the coronavirus pandemic.

Identifying the archaeological site at Palaioekklisies / Palaiochoria, east of today’s Amarynthos, with the sanctuary of Amarysia Artemis mentioned in various ancient sources as the most important sanctuary of Euboea, was made possible in 2017 as part of a five-year programme of collaboration (2015-2019) between the Euboea Ephorate of Antiquities and the Swiss School of Archaeology in Greece.

The Late Archaic temple discovered during this year’s excavation season is a 10×30 m building with a colonnade on its central axis and preserving its solid foundation, inside which a wall was found from an earlier phase and a grate with traces of fire. Votive offerings of the 7th and 6th centuries were deposited in the building’s foundations during the last quarter of the 6th c BC.  Specifically, these included black figure vessels (among them an amphora depicting a Medusa), clay figurines, scarab shaped signet rings and faience figurines imported from the Eastern Mediterranean, as well as locally produced vessels such as long necked prochous vases and small hydriae, similar with vessels found in large numbers in excavations at Eretria of the Archaic sites of worship of female deities. These findings are evidence both of the Amarysia Artemis sanctuary participating in the religious practices of the Eretrians and the Euboeans in general and of  trade relations of the Amarynthos region with the Eastern Mediterranean.

The excavation of the large Post-Classical-Hellenistic portico was also completed inside the expropriated area. The monumental building with 27 Doric columns on its facade, is 69 m long and surrounded the sanctuary to the east. To the north, a portico and a series of three small buildings set the sanctuary’s boundaries. These are perhaps “treasures” or small temples, which have a ground plan similar to corresponding buildings in other major Greek sanctuaries. No findings from the buildings revealed their proper use except for the fragment of a statue’s marble base bearing a votive inscription with the first letters of the name of Artemis. One of these buildings was destroyed by a lime kiln being installed, probably in Medieval times.

An earlier building of the 7th c. BC was located to the west of the portico, 38 m long with a rectangular floor plan. This building probably functioned both as a monumental entrance to the sanctuary from the east and possibly for practices of worship.

Also worth mentioning among this year’s finds  are new fragments of tiles stamped with the name of Artemis, similar to those found in 2017 which then allowed for the sanctuary’s identification. The excavation period just completed was the first in a new five-year programme. In the coming years, research will focus on finding the initial phases of worship in this important sanctuary of Euboea. The field research is combined with special analyzes such as micromorphological sampling and archaeobotanical studies, in collaboration with the Wiener laboratory of the American School of Classical Studies at Athens.The Field archaeologists are Olga Kyriazi and Tobias Kraft,from the Euboea Ephorate of Antiquities and the Swiss Archaeological School respectively.