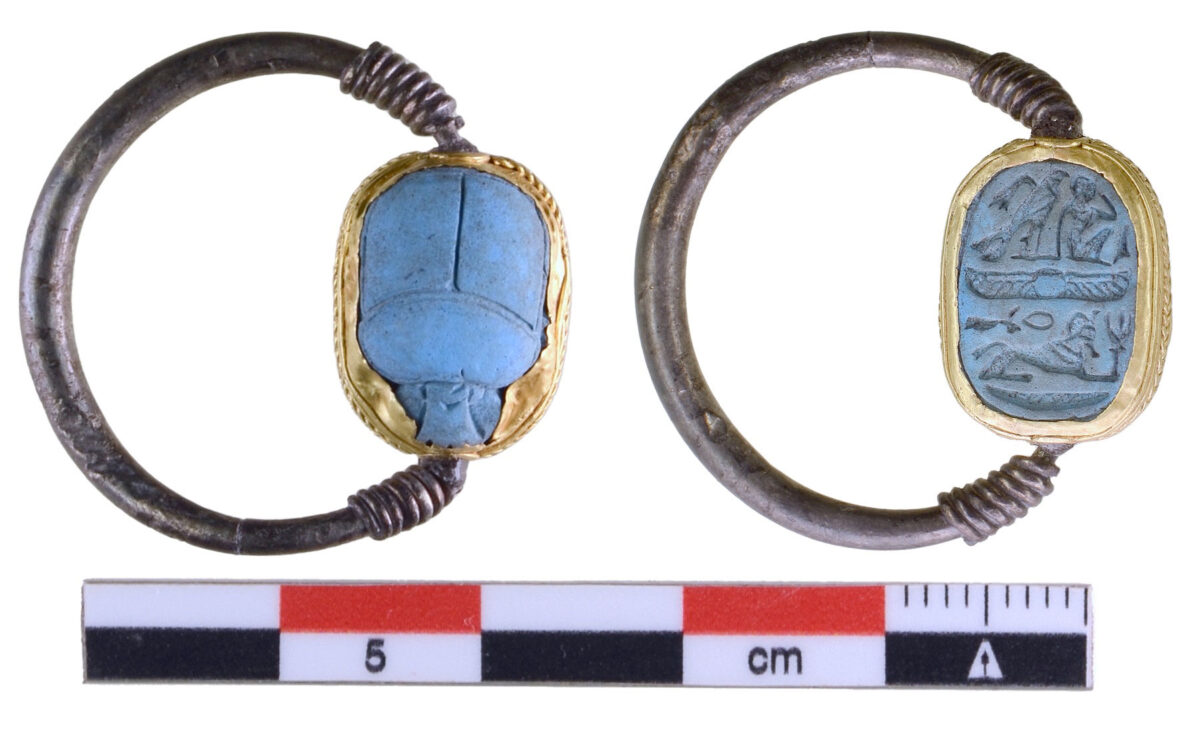 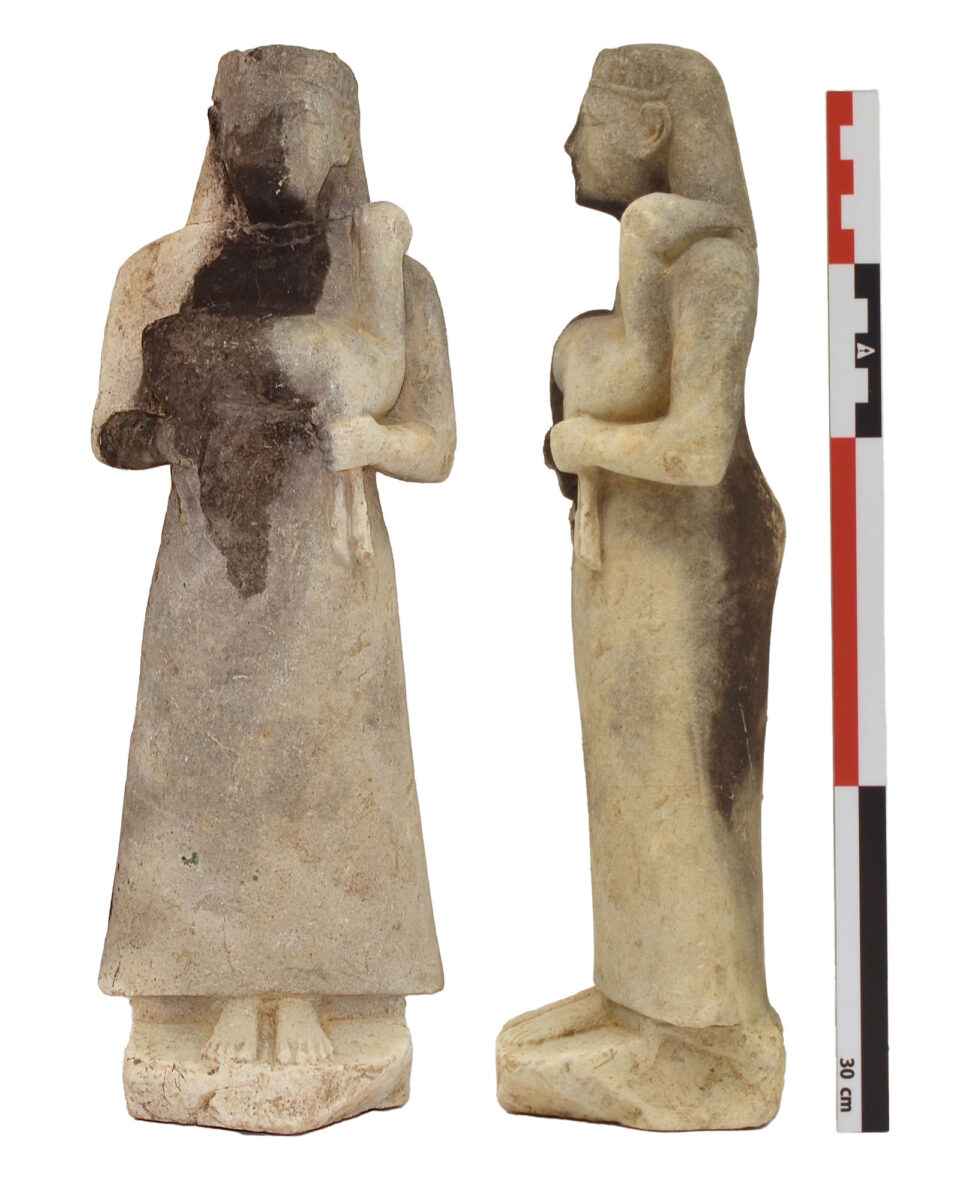 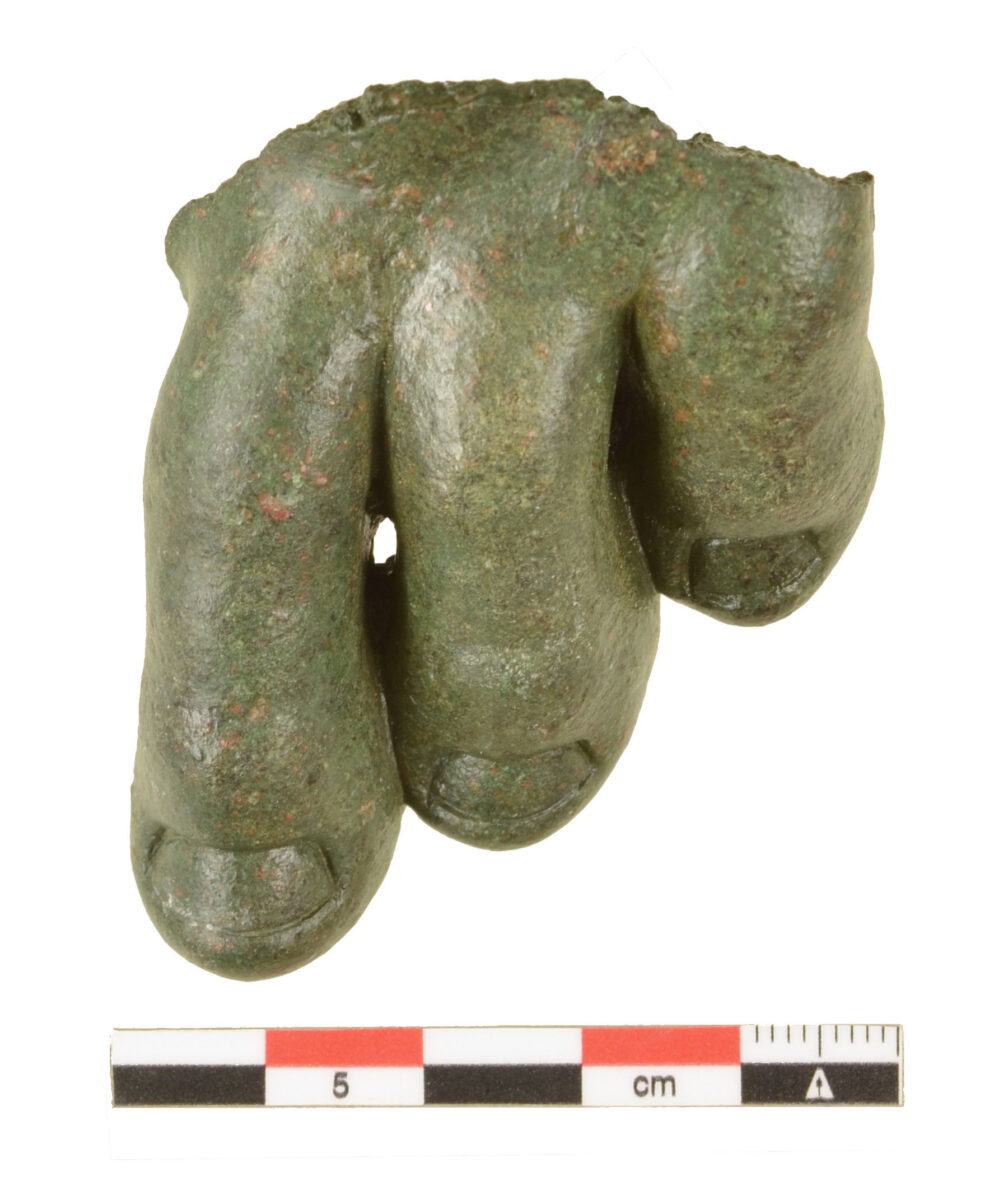 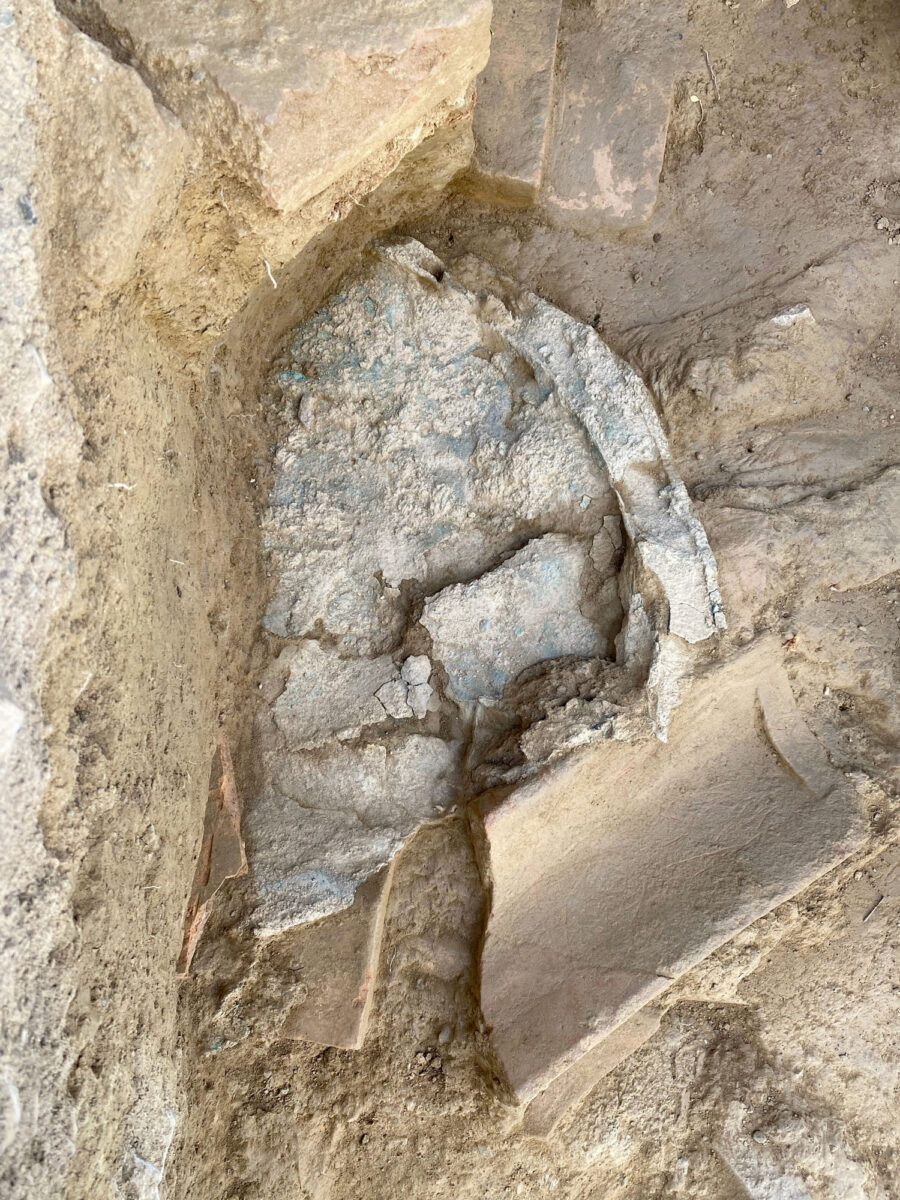 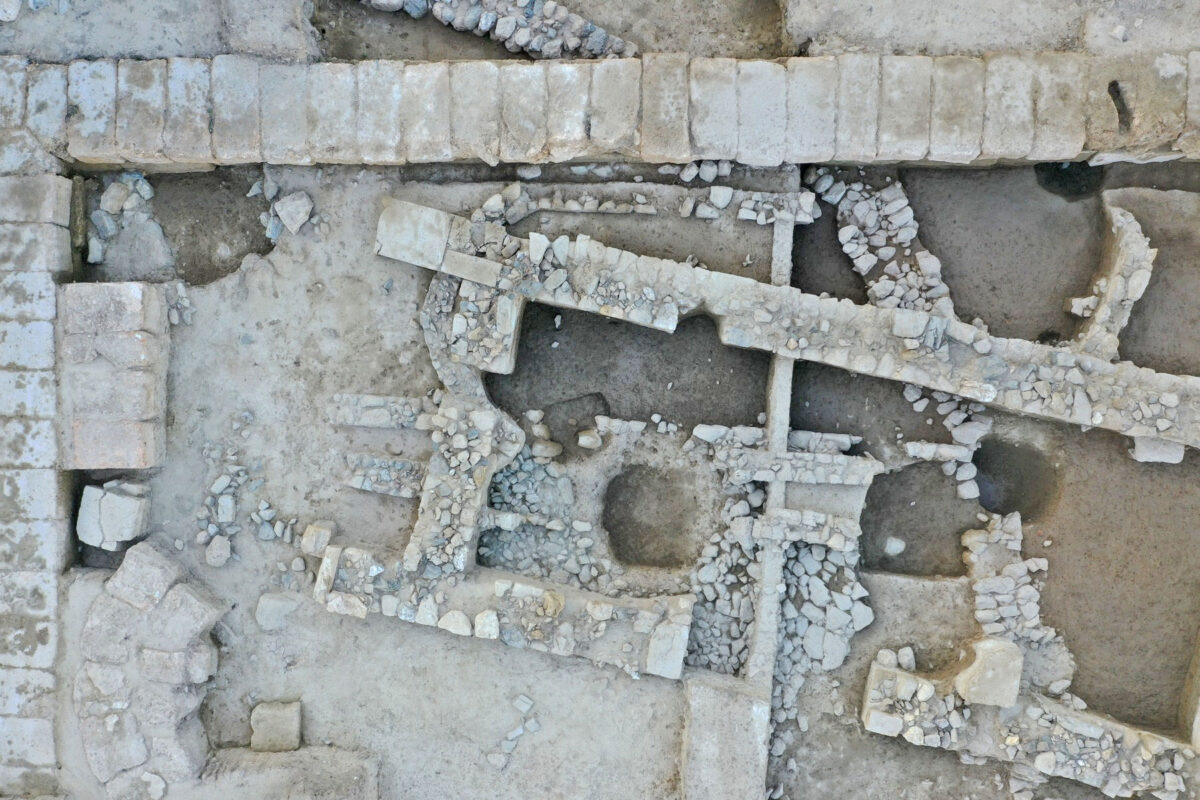 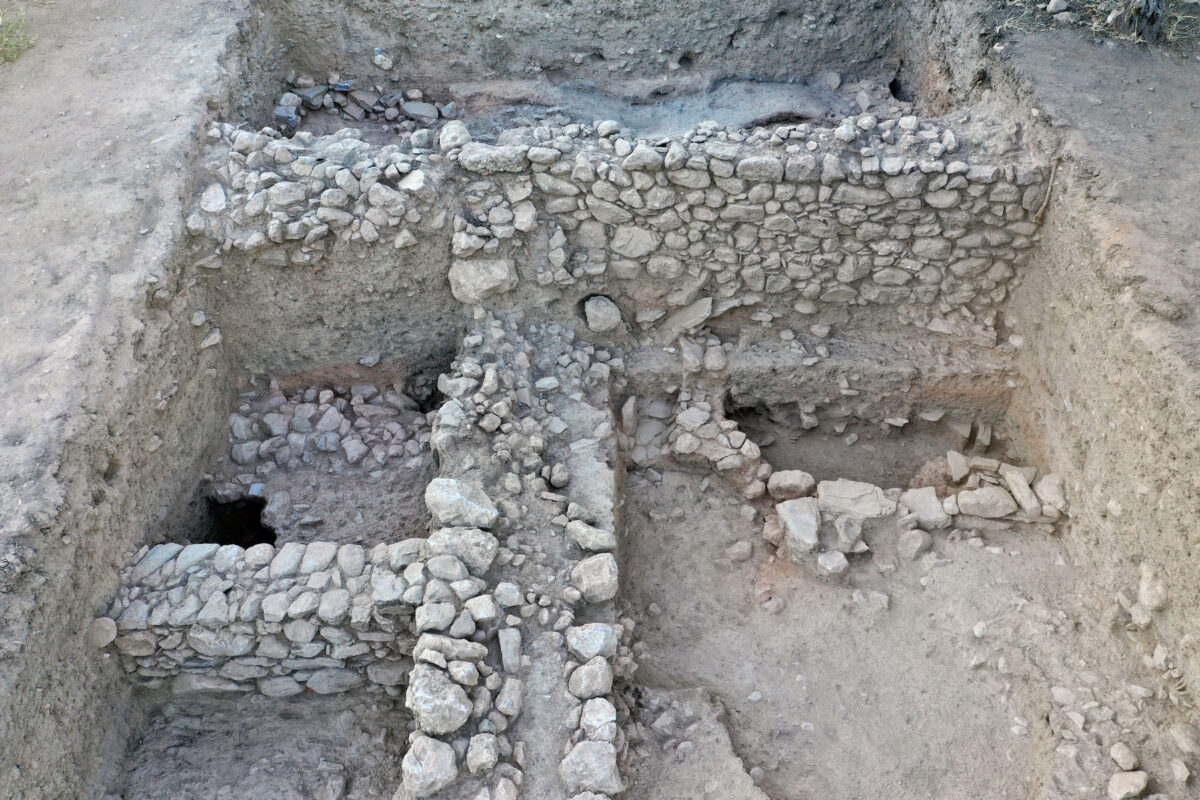 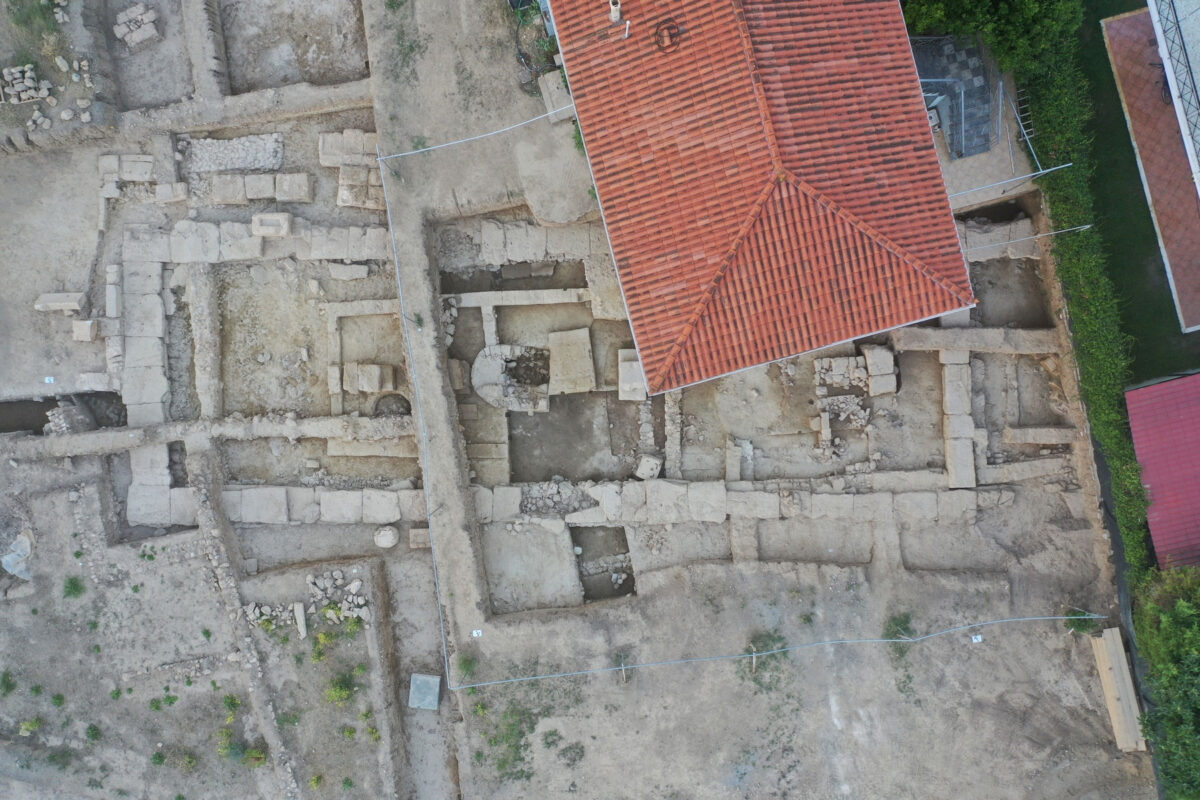 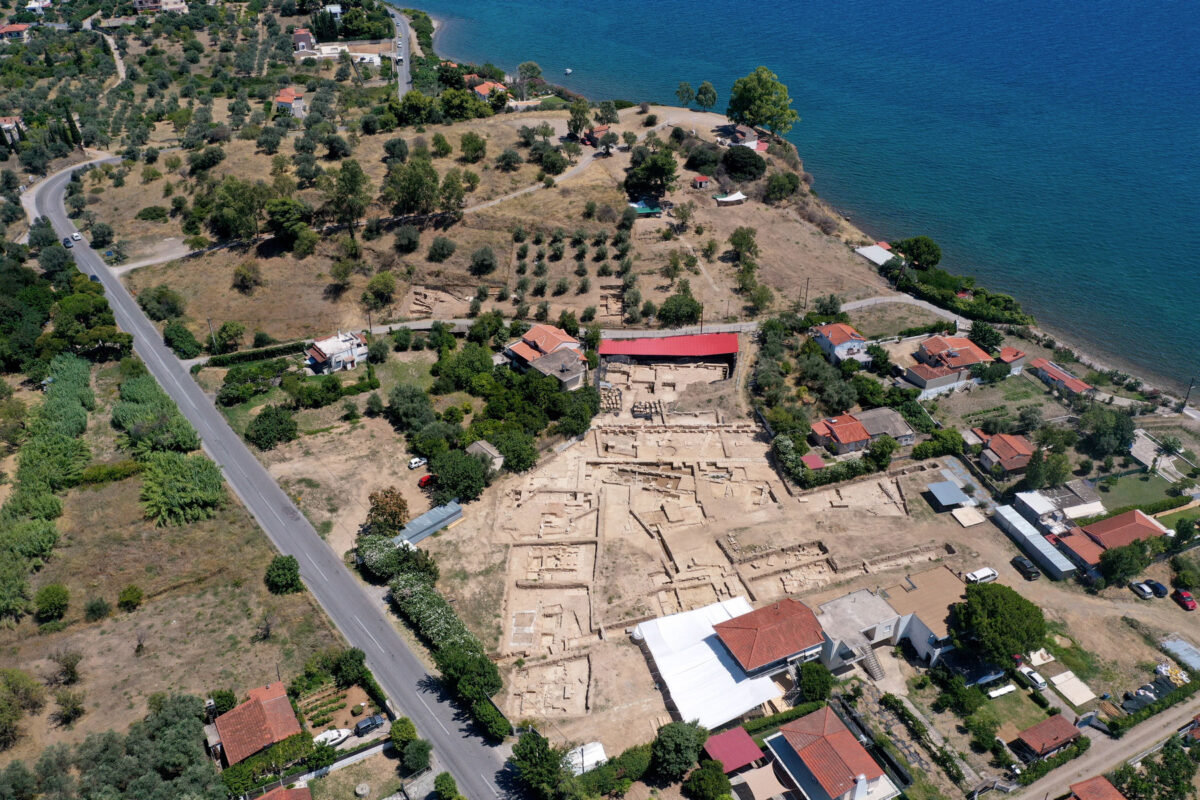 New finds in the sanctuary of Artemis Amarysia

Greek-Swiss excavations at the sanctuary of Amarysia Artemis, two kilometers east of Amarynthos, brought to light important new findings. Having uncovered in recent years a series of buildings from the Classical and Hellenistic periods, the project now aims to investigate the Archaic and Geometric phase of the place of worship and the prehistoric settlement on the adjacent Palaeoekklesion hill, to understand the first religion practiced there and the reasons that led to the shift of human activity from the hill to the coastal plain, where the sanctuary was founded.

The excavation of the Late Archaic temple continued this year and that of the deposit was completed, whose foundations had been uncovered in 2020 and contained hundreds of votive offerings. Several new installations of the Geometric and Archaic eras were located , as well as exceptional finds. In various spots and particularly around a horseshoe-shaped altar from an older phase of the temple, the findings prove that in the second half of the 8th century BC a cult already existed. Some walls of a building belong to this phase. Research also continued on the foundations of the first Archaic temple and its adyton. Found in the latter were copper flasks, jewelry such as a faience seal in the shape of a scarab on a silver ring, two copper shields and iron items such as double chisels, which can be associated with sacrifices.

After the destruction of the first Archaic temple, the site was remodeled with the construction of mud brick walls. The deposit rich in votive offerings from the last quarter of the 6th century BC is probably associated with the construction of a second Archaic temple, where found this year were vases, jewelry, scarab shaped seals, clay figurines, a bronze shield, iron swords, and a stone statuette. The 31 cm high stone statuette which dates from the Archaic period, represents a female figure holding an animal in her arms, most probably a deer.

Later layers of the Late Archaic period uncovered two fragments of bronze statues: life-size toes and part of a garment.

The excavation continued to the east of the temple in a monumental building of the 7th century BC, which was used during the Archaic period as the temple’s boundary, but also as an entrance to the sanctuary. Below this building was found the continuation of a sturdy wall, to date of unknown use, from the 11th century BC, as well as the remains of buildings from the Geometric era.

Two new test trenches were opened on the edge of the Palaeoekklesion hill  to further investigate the prehistoric settlement, the existence of which is known to the archaeological service from earlier small-scale excavations. The four trenches excavated in this area in 2021 and 2022 reveal the image of an important settlement of the Early Bronze Age, i.e. the 3rd millennium BC, which was in contact with the Cyclades and other regions. The layers of the 2nd millennium BC however and especially of the Mycenaean era appear to have been preserved only in fragments due to erosion. In most spots the remains of the 3rd millennium have immediately been covered over by Byzantine and post-Byzantine buildings. During medieval times a new settlement was created on the hill, which contributed to the destruction of the remains of the now abandoned immediately adjacent sanctuary of Artemis.

The excavation programme, which began systematically in 2012 and ended in 2017 by identifying one of the most important sanctuaries of Euboea, is conducted by the Swiss Archaeological School in Greece in collaboration with the Ephorate of Antiquities of Euboea and is directed by Dr. Angeliki G. Simosi, Head  of the Ephorate, and Professor Sylvian Fachard, Director of the Swiss School of Archaeology in Greece.

More than 70 archaeologists, conservators, archaeology students from Switzerland, Greece and other countries, workers and specialist scholars participated in this year’s excavation. The fieldwork was directed by Olga Kyriazi on behalf of the Ephorate of Antiquities of Euboea and Tobias Krapf and Tamara Saggini on the Swiss side.