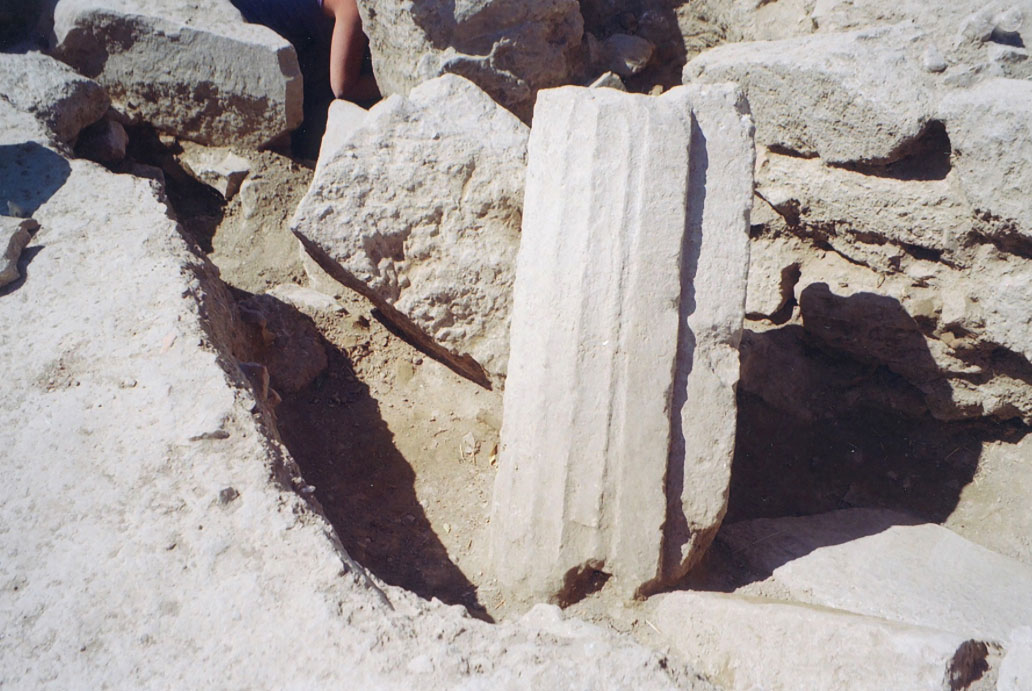 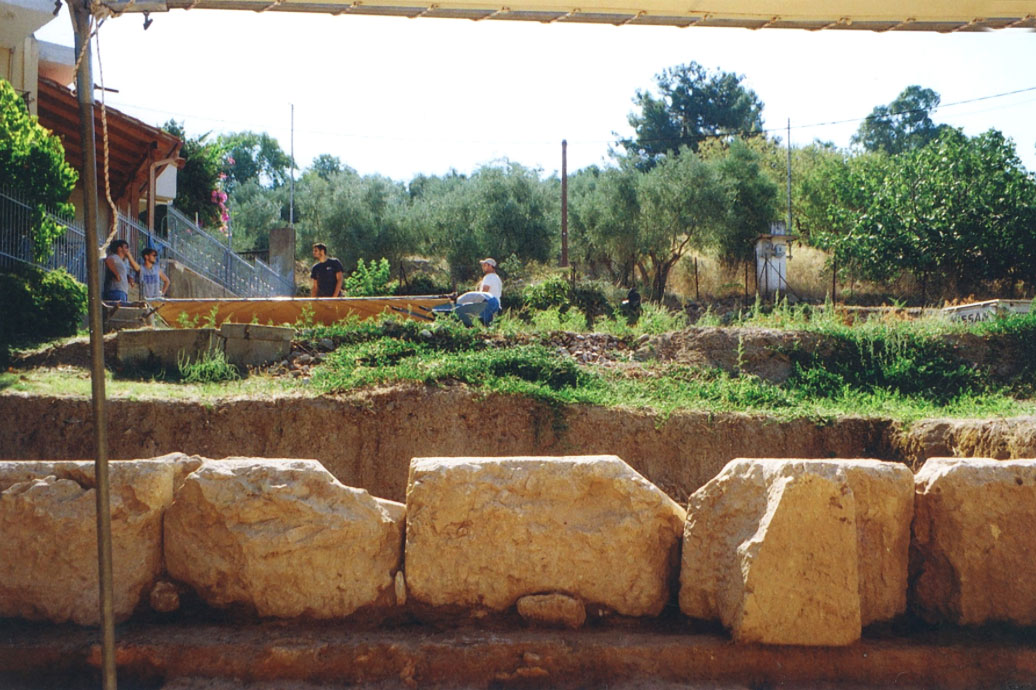 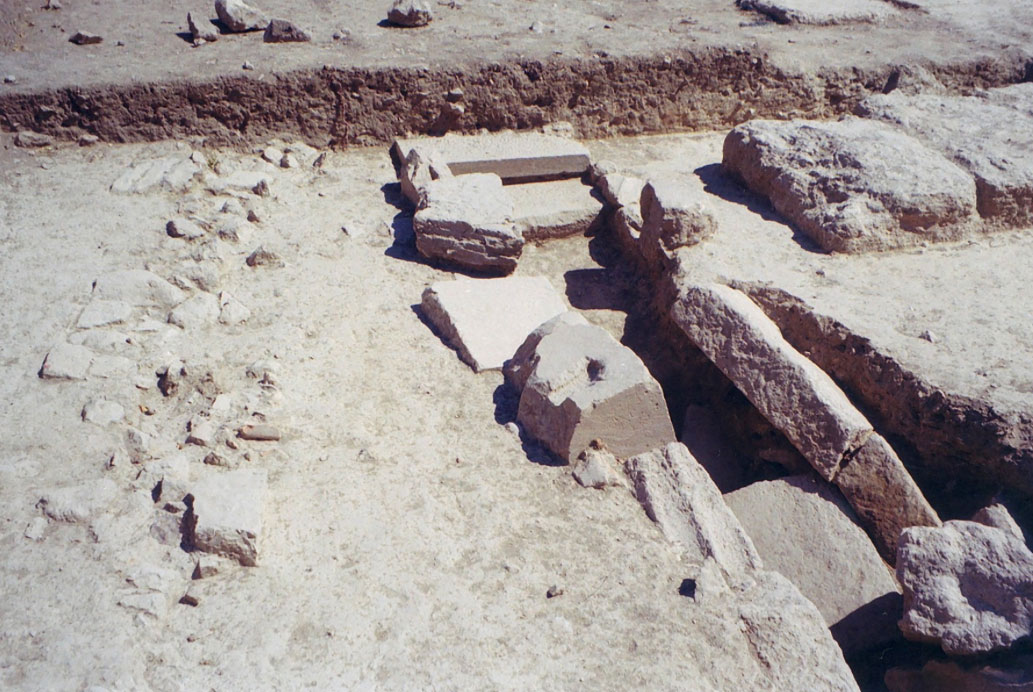 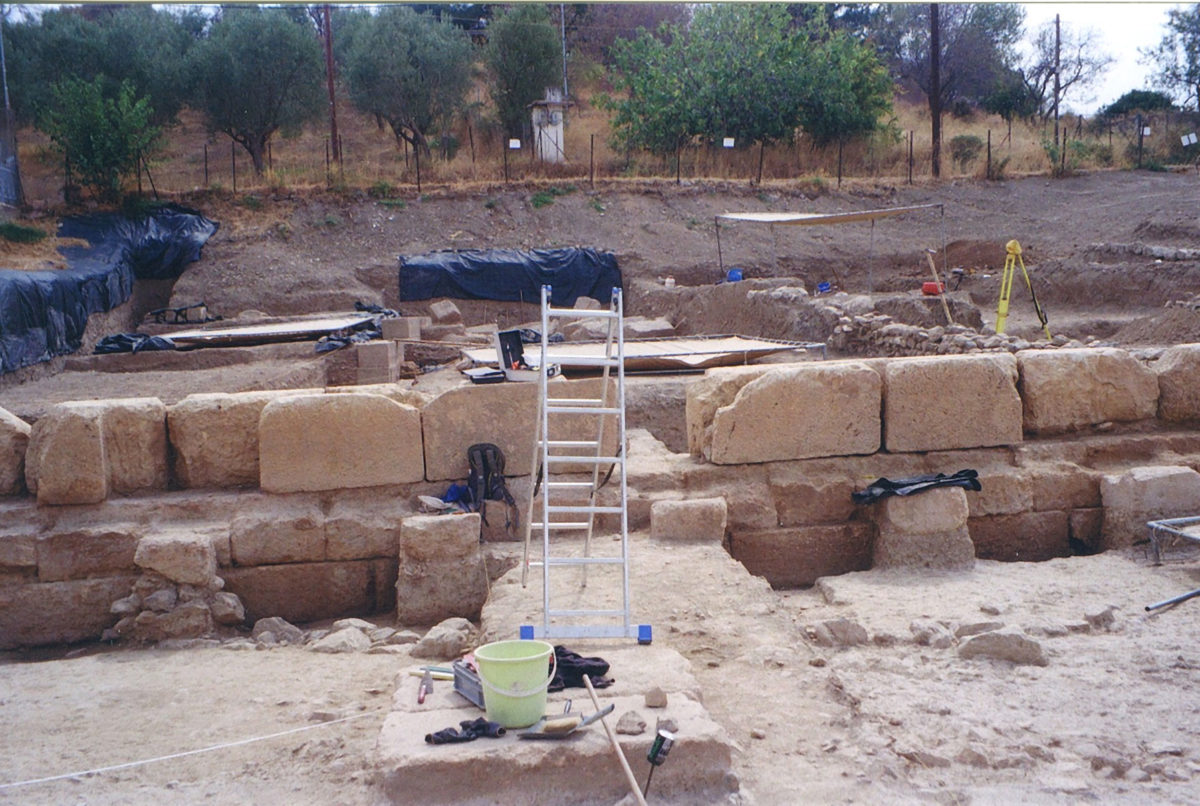 The Sanctuary of Artemis Amarysia has been found

After over a century of research, the remains of the sanctuary of Artemis Amarysia was located by a team of archeologists of the Swiss School of Archaeology in Greece, in collaboration with the Ephorate of Antiquities of Euboea. The team of Greek and Swiss archaeologists is headed by Professor Karl Reber of Lausanne University, Director of the Swiss School of Archaeology in Greece and Mrs Amalia Karapaschalidou, honorary curator of Antiquities in Euboea. In 2007, they began investigating plots of land at the foot of the hill of Palaioekklesies or Palaiochora, to the east of today’s Amarynthos.

The first results were encouraging, since a monumental 4th c. BC portico came to light, framing the east and north side of the sanctuary. During the work conducted in the summer of 2017, trenches were opened in the area surrounded by the porticos, in which the core of the sanctuary was located, proving that it really is the sanctuary of Artemis Amarysia.

During this year’s excavation period, buildings from different eras (6th c. to 2nd c. BC) were discovered, as well as an underground fountain that had been built of architectural members and monument foundations used a second time round. It was possible to identify the sanctuary of Artemis Amarysia from some inscribed plinths and stamped tiles, as the inscriptions refer to votive offerings to the goddess Artemis, her brother Apollo and their mother Thetis.

According to ancient written sources, this sanctuary had been one of the most important in Euboea. Its existence is known from the 10th book of the work by the Roman geographer Strabo. Since the 19th century, archaeologists had been trying to locate the specific sanctuary, but, despite the many hypotheses, that had not been possible because of an error in Strabo’s text regarding the distance. As rightly proven by Professor Denis Knoepfler, historian and epigraphist at Neuchâtel University, Switzerland and the Collège de France, the sanctuary of Artemis Amarysia was not situated, as referred to by Strabo, at a distance of 7 stadiums ( i.e. 1.5 klms) from the city of Eretria, but 60 stadiums away (i.e.11 klms).