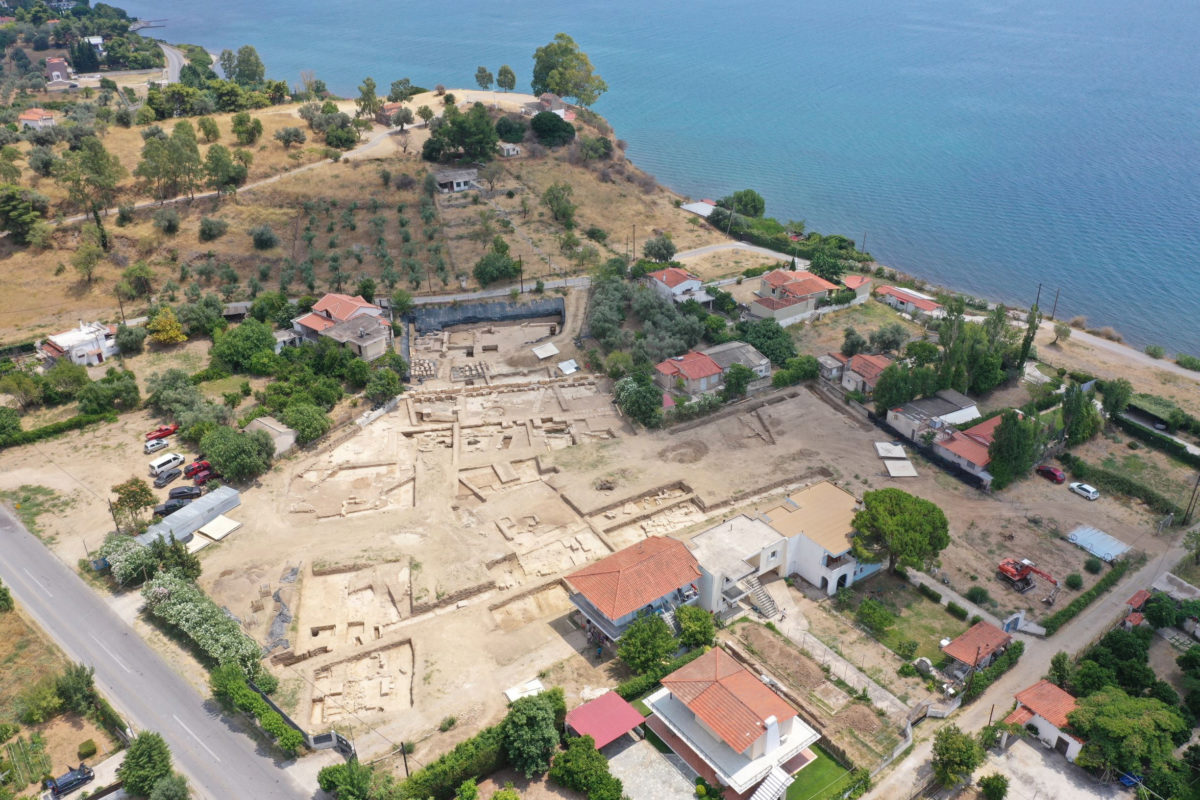 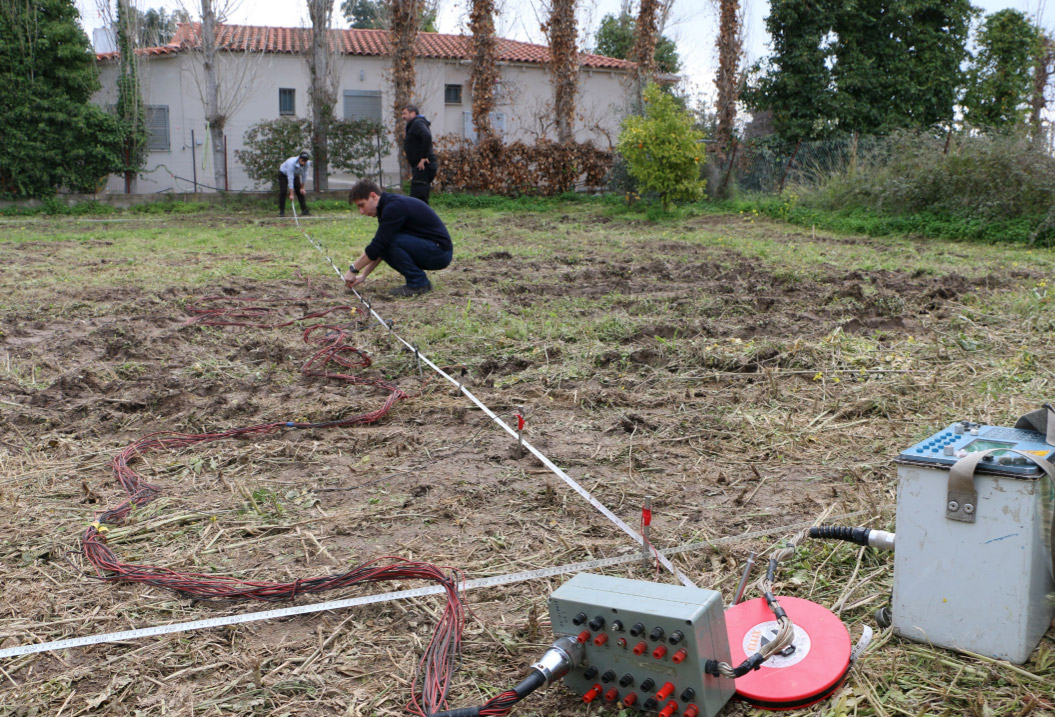 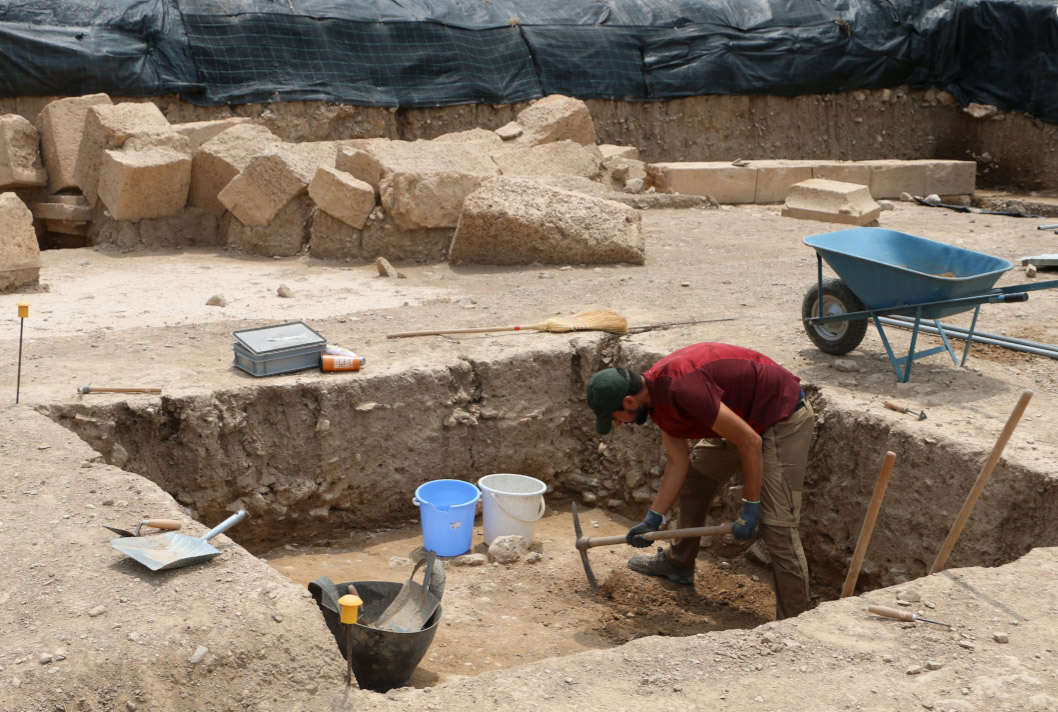 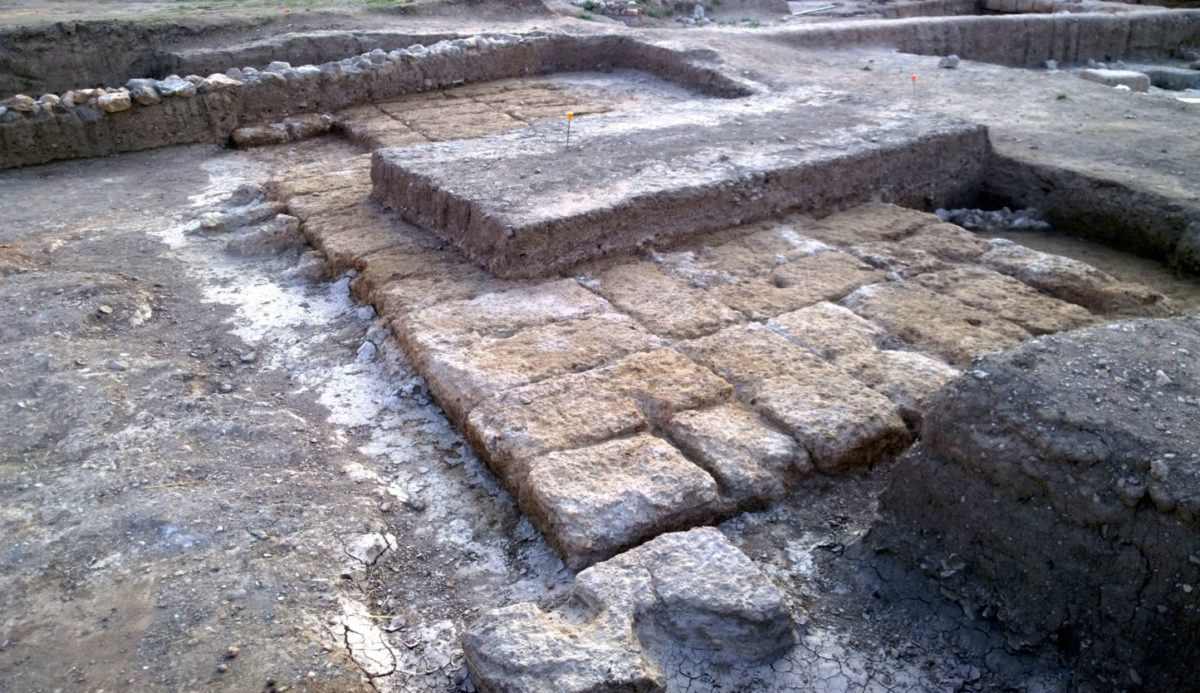 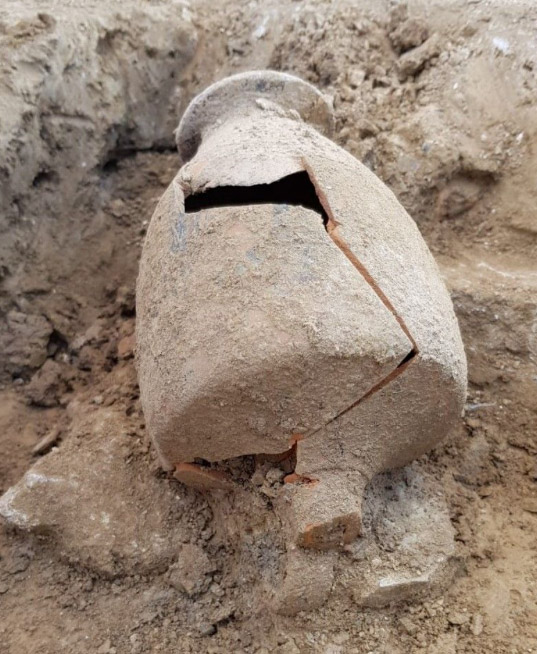 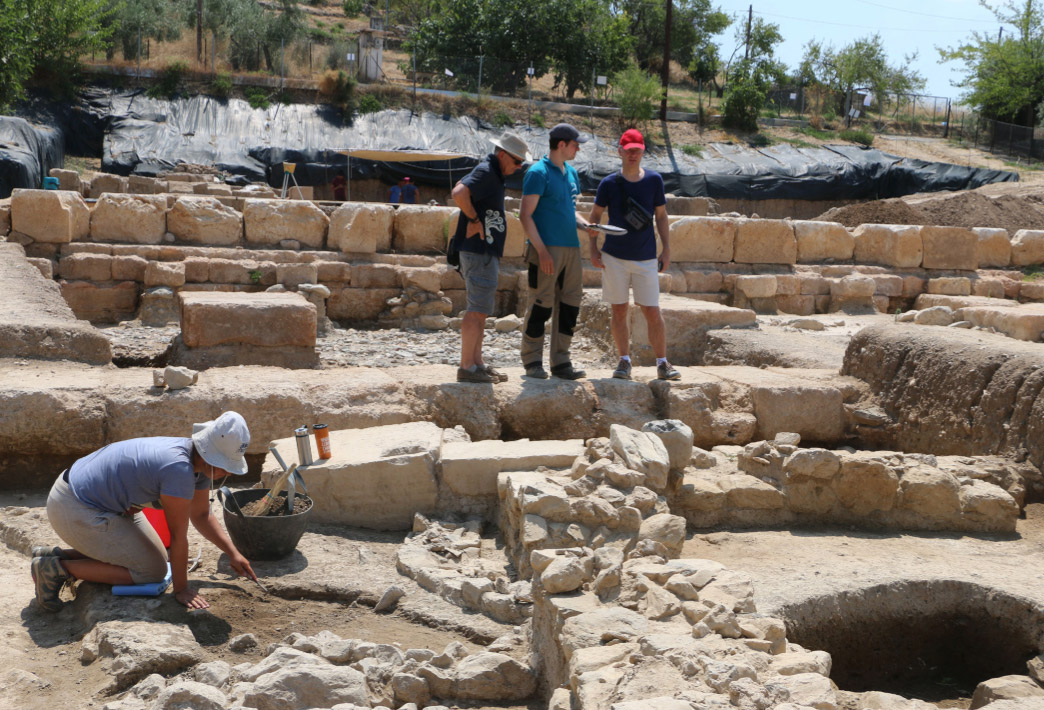 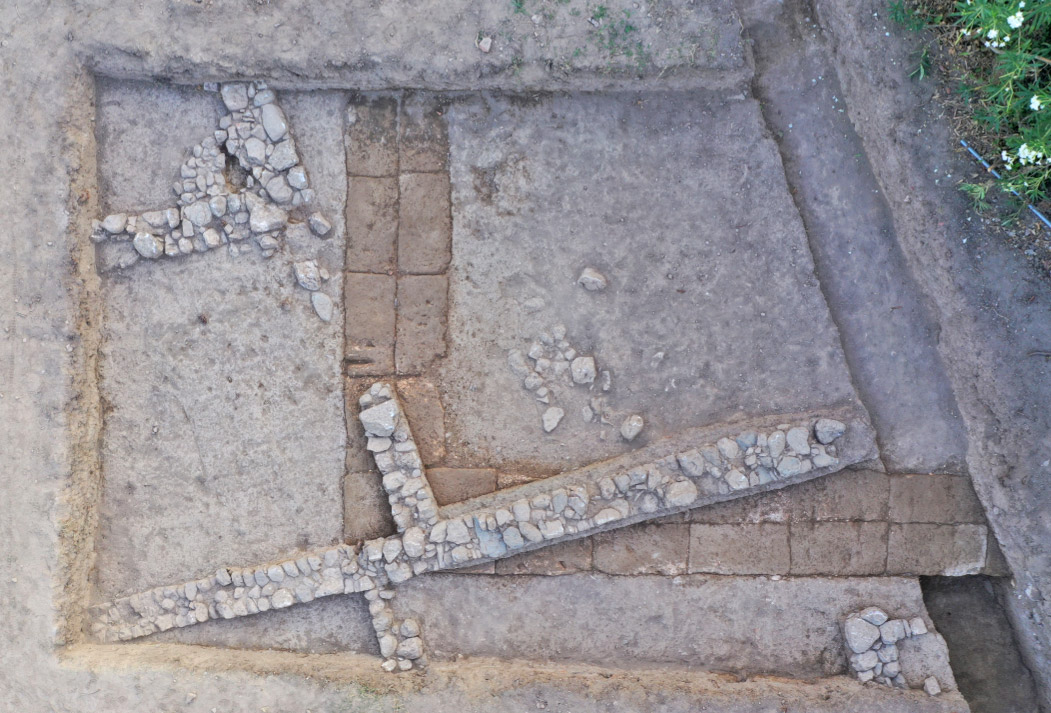 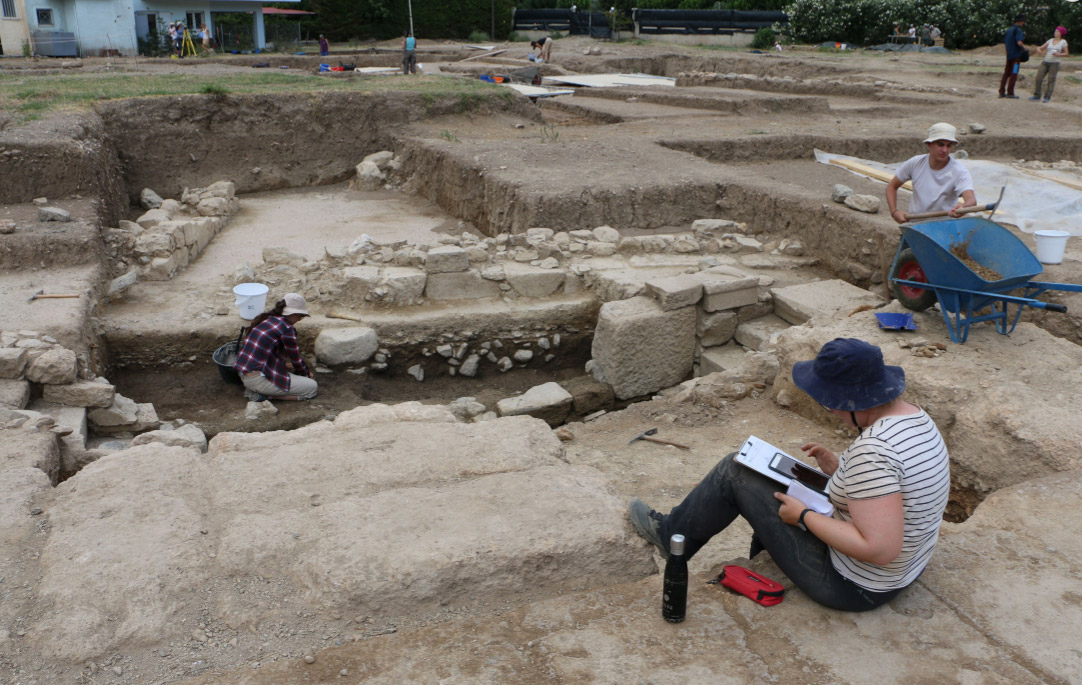 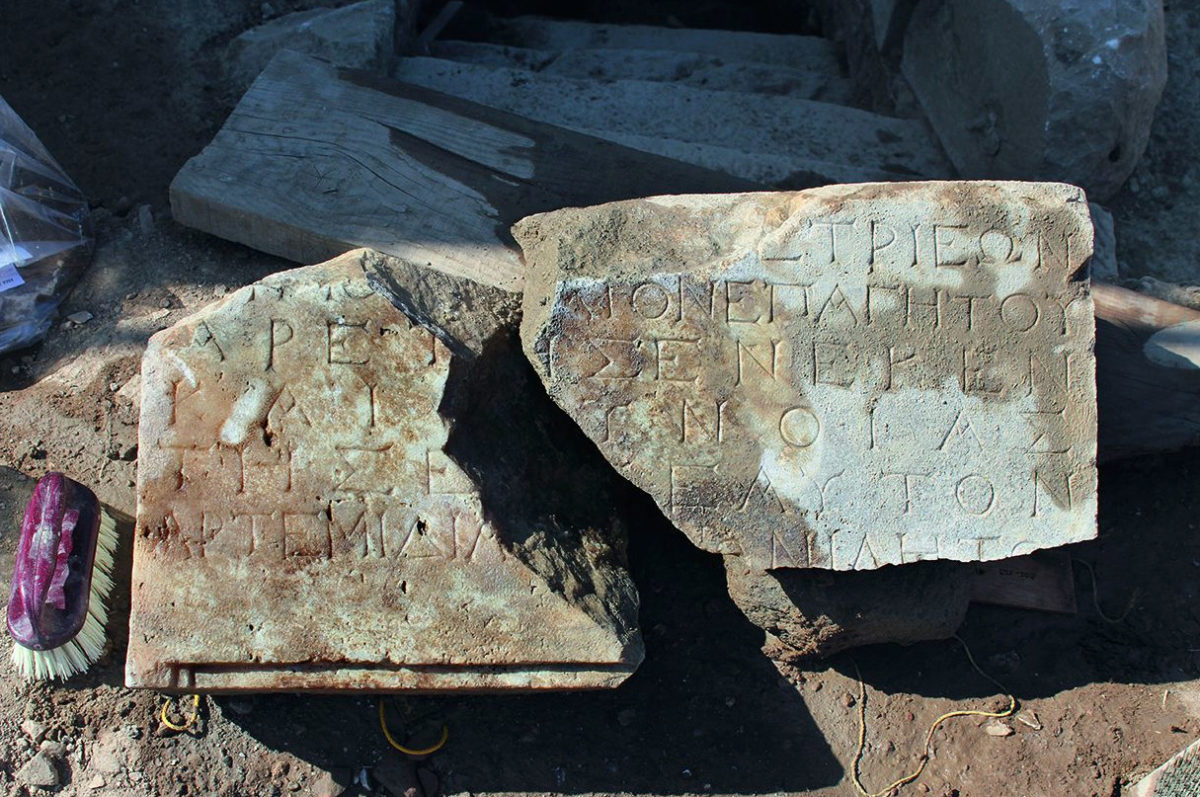 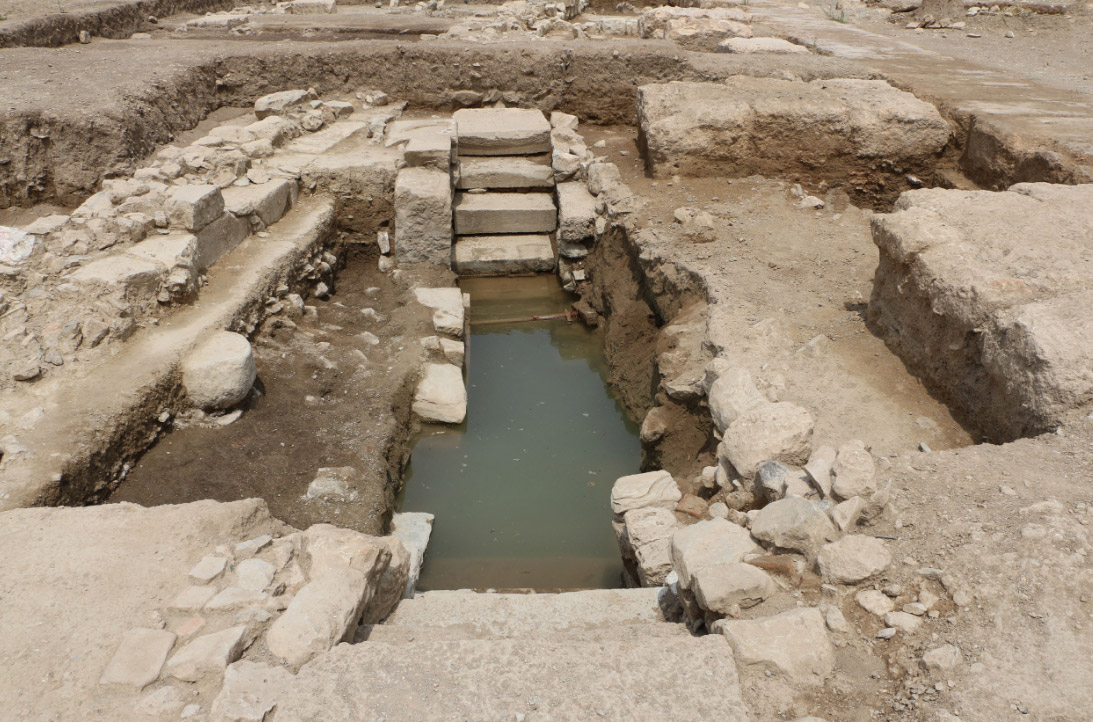 Greek- Swiss excavations at the sanctuary of Artemis Amarysia

An inscription from classical times referring to the toponym “Amarynthos” was located in Palaiochoria, 2km east of today’s Amarynthos on Euboea. As stated in the announcement by the Ministry of Culture and Sports, the inscription was found on a Roman fountain used for a second time  and has not survived intact. Written on it however is “… ΑΡΤΕΜΙΔΟΣ ΕΝ ΑΜΑΡΥΝΘΩΙ” confirming the identification of the ancient foundations as the sanctuary of Artemis Amarysia.

Inscriptions and stamped tiles were found in 2017 bearing the name of Artemis, but it is only this year that the toponym is being read for the first time. This is particularly significant since the remains of the prehistoric settlement, excavated in the same area by the Greek Archaeological Service in the 70s and 80s, can be identified with the Mycenaean toponym a-ma-ru-to as referred to on Linear B-tablets in the Mycenaean palace of Thebes. The toponym “Amarynthos” has been preserved in the same place for over 3,000 years.

The Greek-Swiss excavation programme began in 2006, with the aim to find the sanctuary of Artemis Amarylia, one of the most important sanctuaries in Euboea, according to ancient sources. During the last few years, two arcades of the Hellenistic era have been excavated, demarcating the temple from the east and north. This year the south wing of the eastern arcade was found, so the boundaries of the sanctuary are now known on three sides.

The 2019 excavation focuses on the central part of the sanctuary where a modern house was demolished in December 2018, after ancient buildings were discovered next to it following a geophysical survey by a team from the University of Thessaloniki. In the summer of 2019, foundations were found beneath the house of a monumental classicαl building with an east-west orientation, as expected for a temple. Its poor state of conservation does not yet allow for a clear identification. This hypothesis, however, is further supported by the finding exactly to the east of a large foundation of 4.8 m by at least 12 m. This is most probably the sanctuary altar.