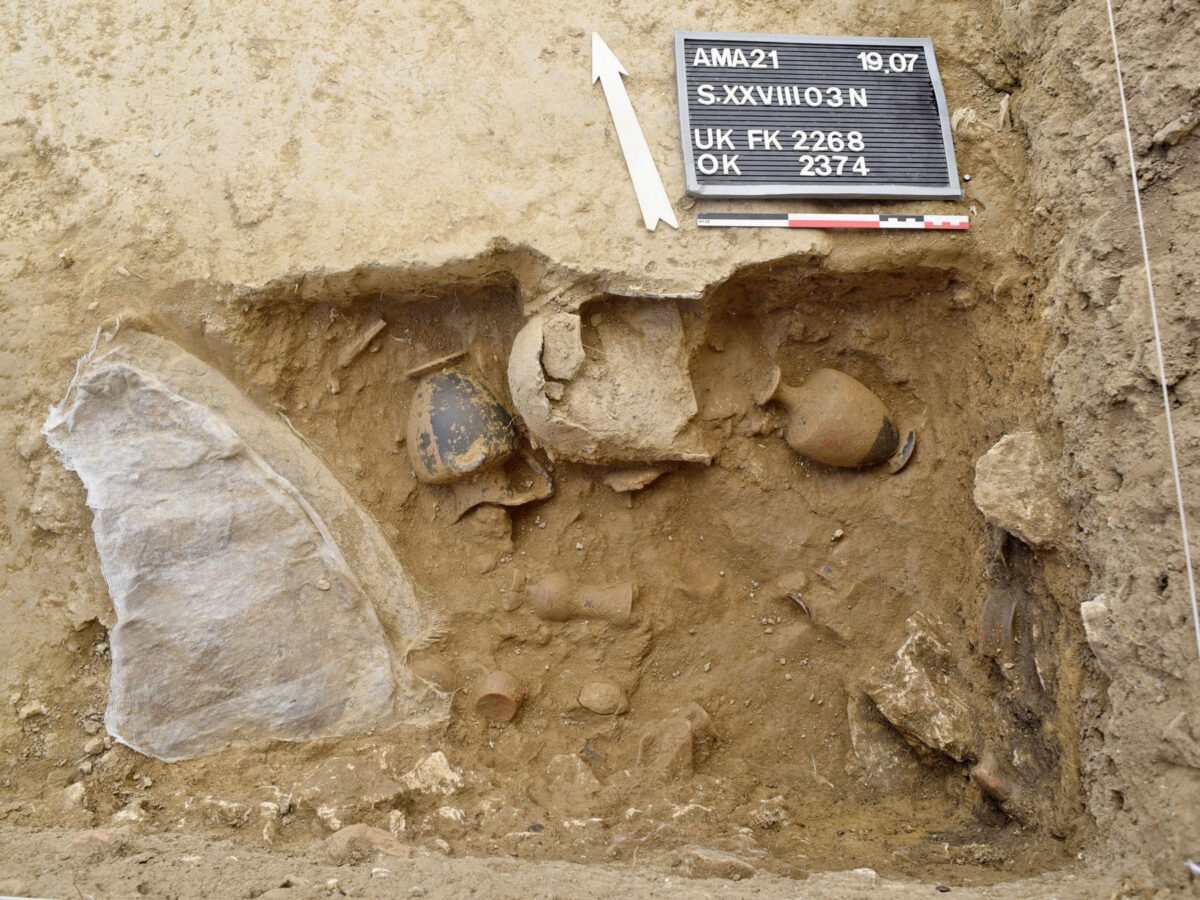 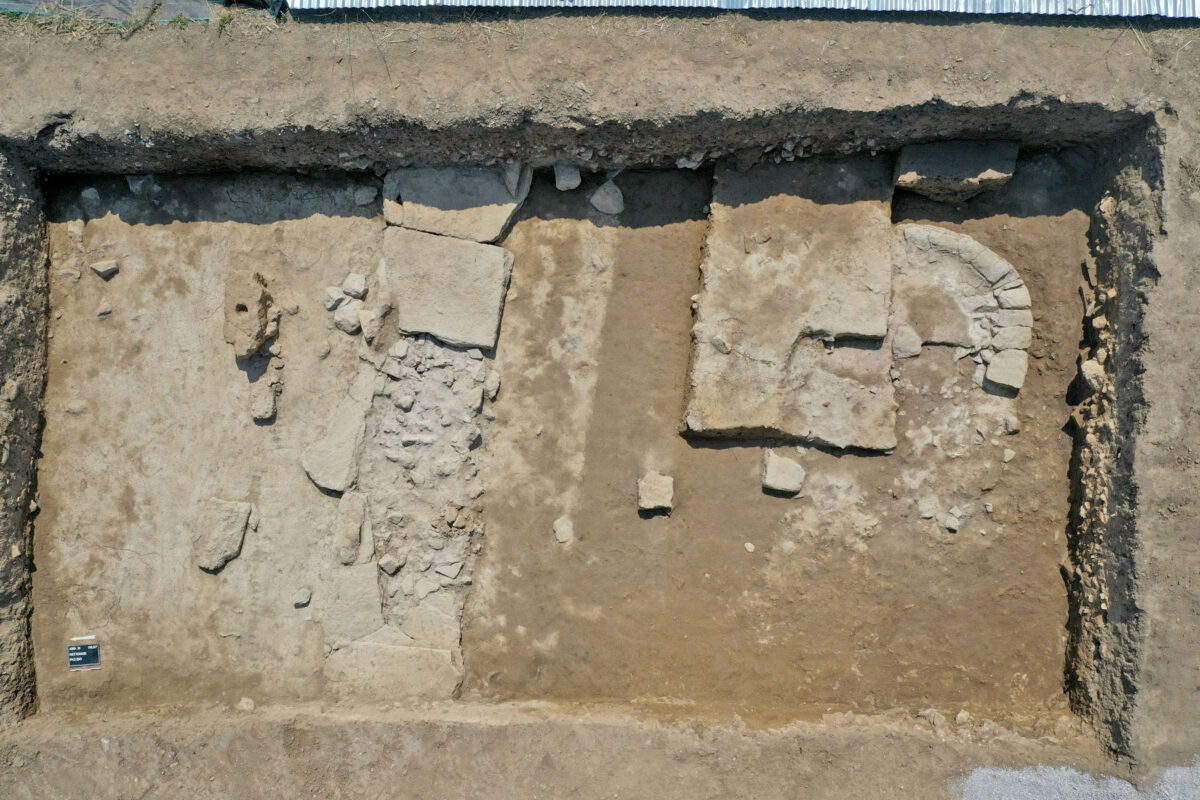 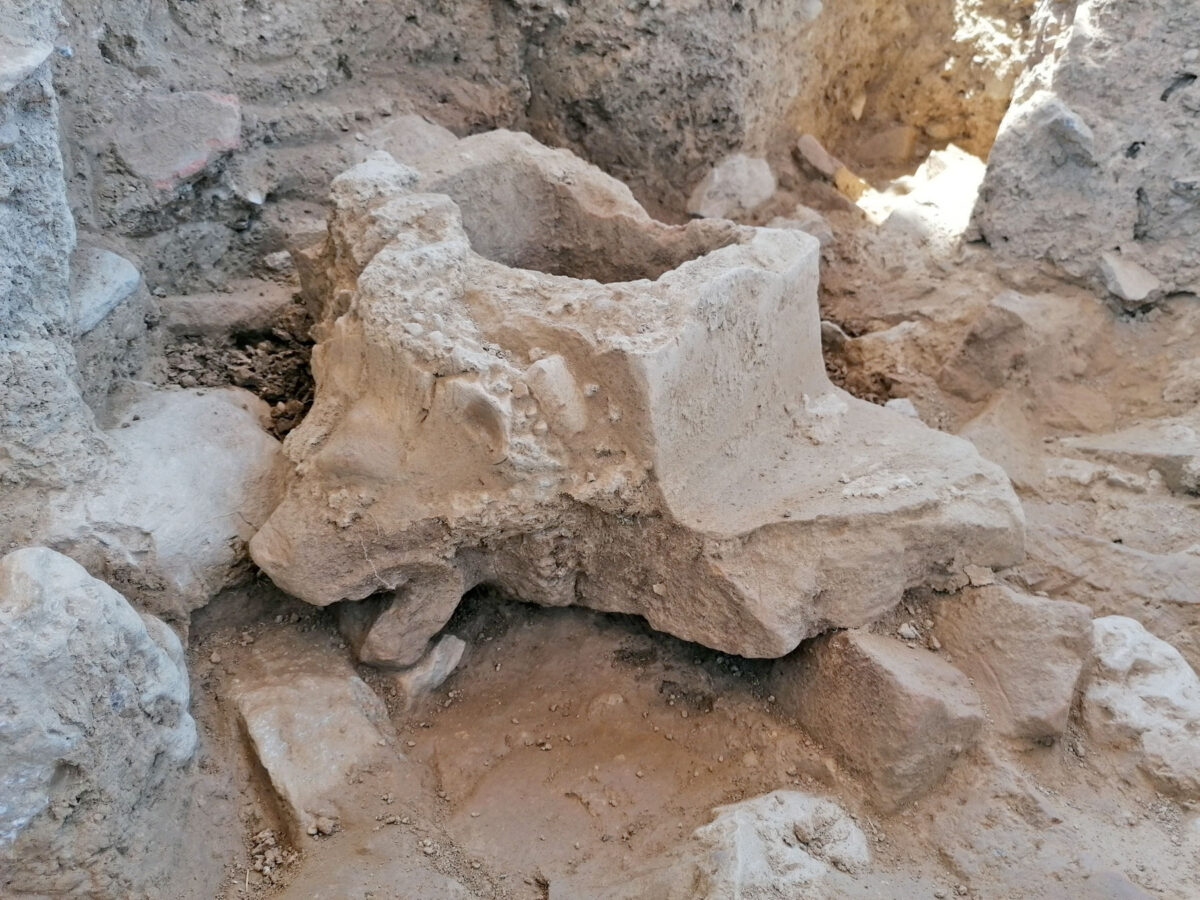 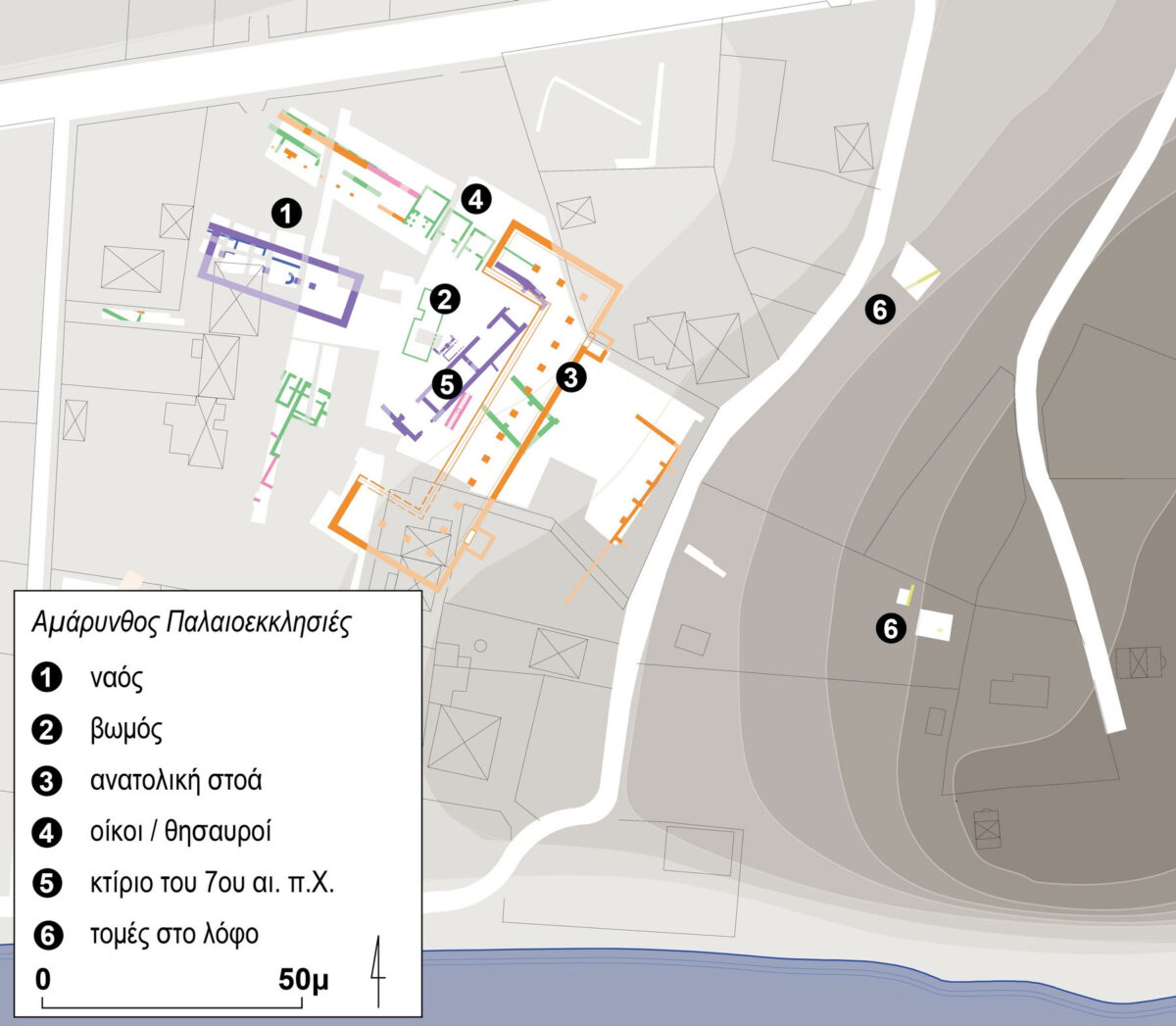 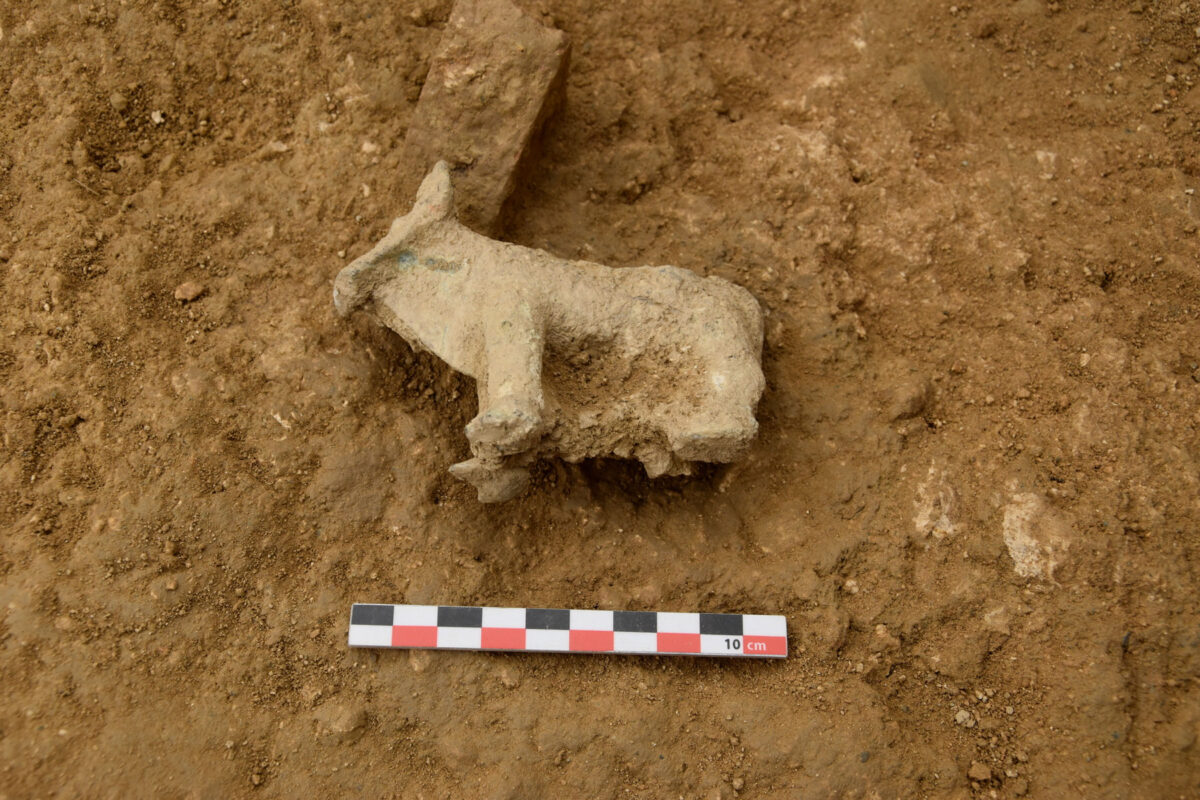 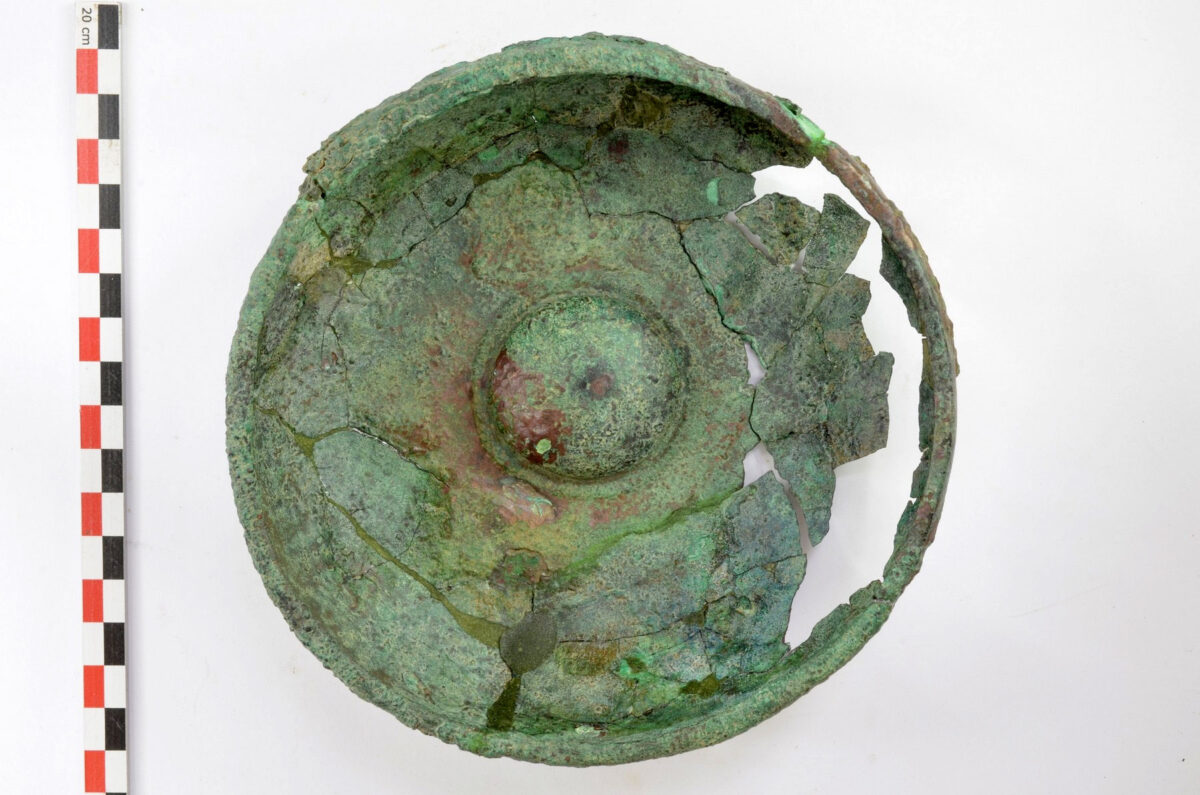 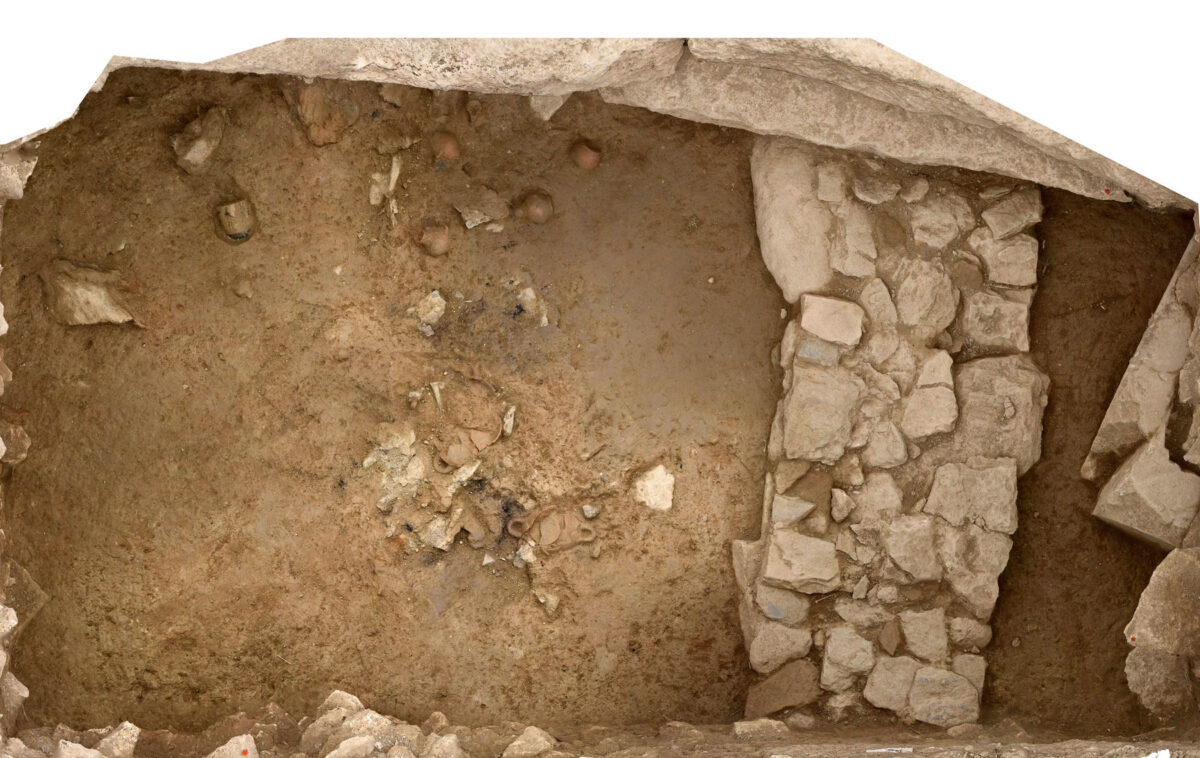 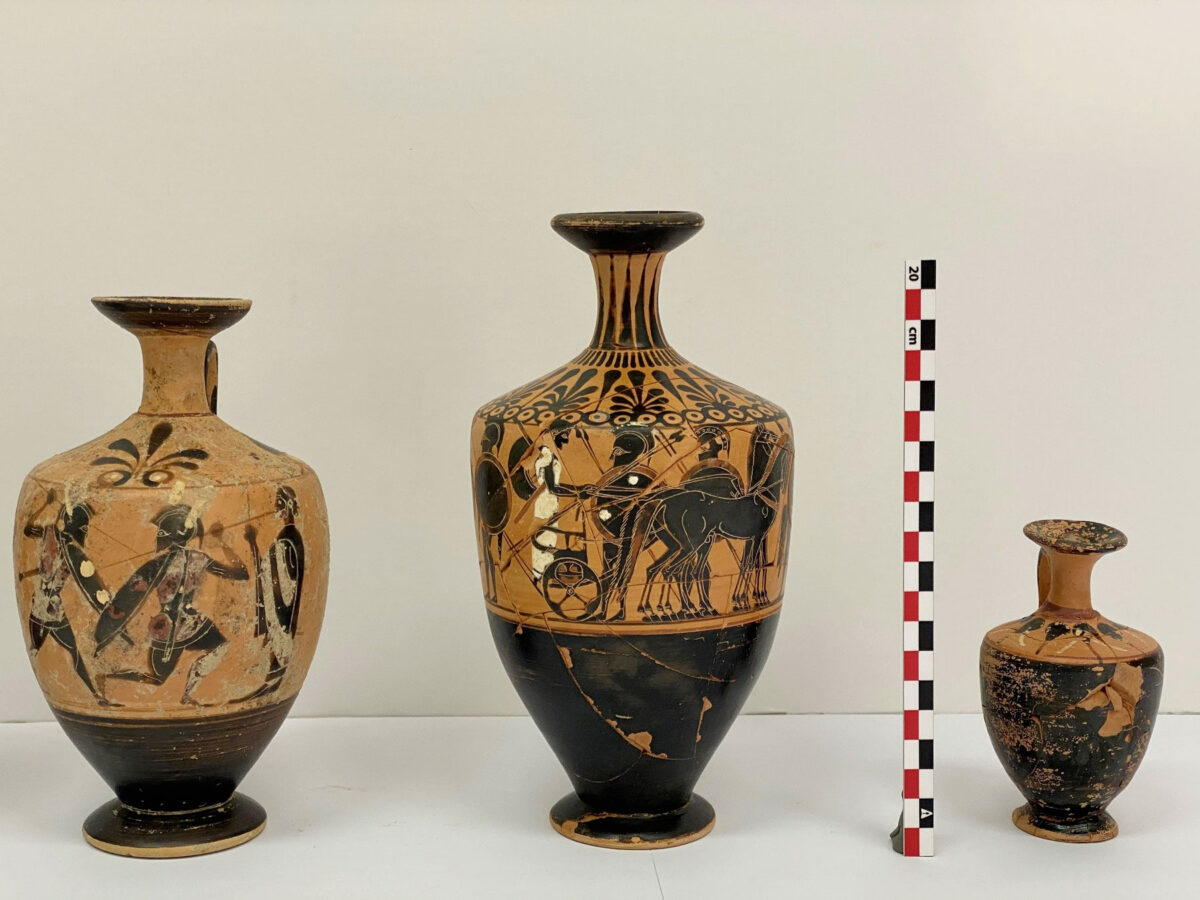 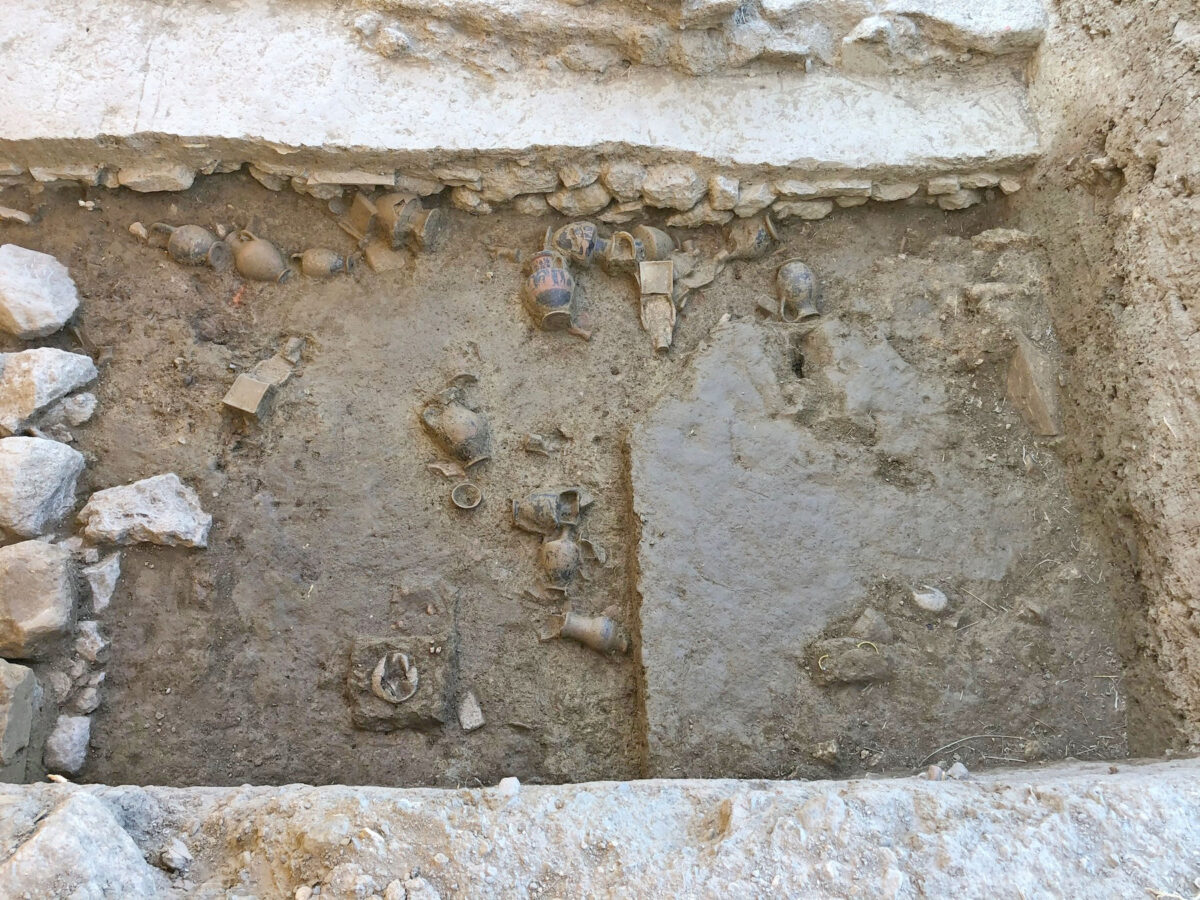 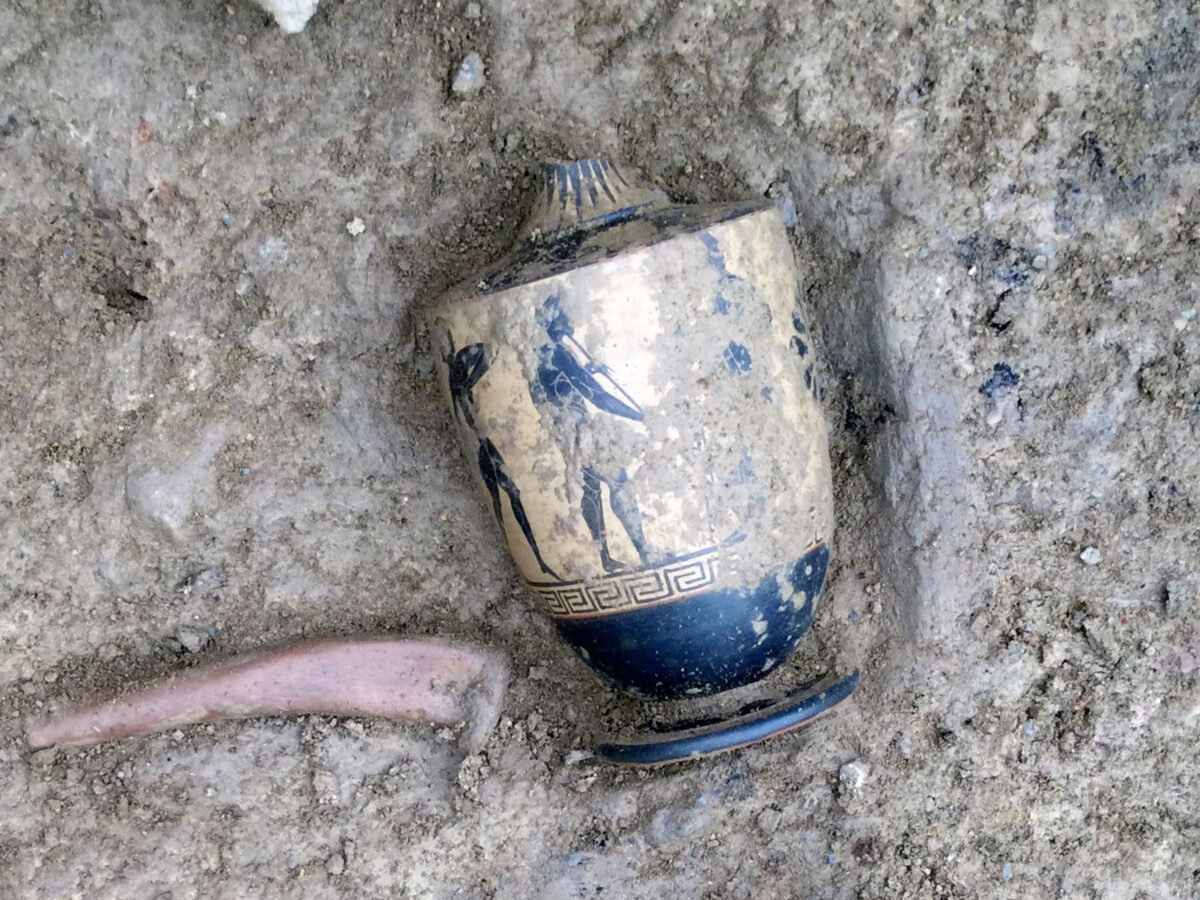 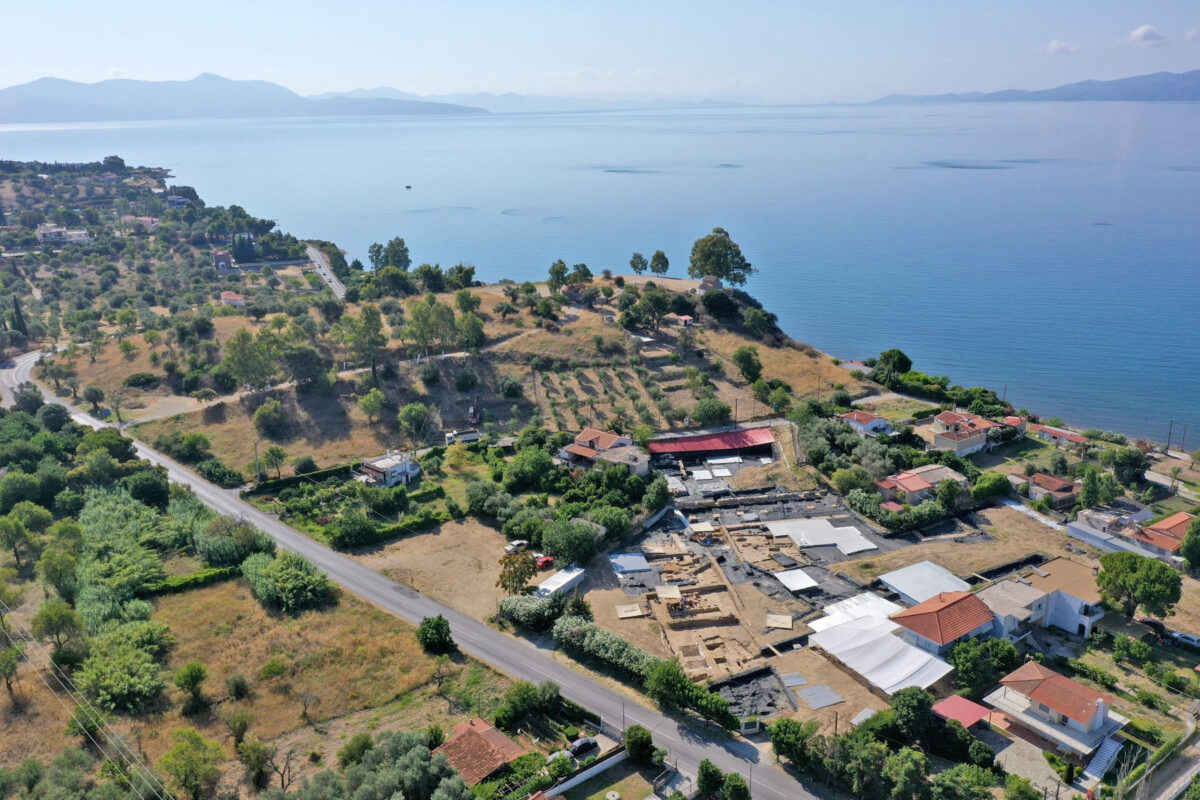 The new finds at the sanctuary of Artemis Amarysia

After identifying the sanctuary of Artemis Amarysia in 2017 and discovering in 2020 the Late-Αrchaic temple with a rich foundation deposit, the Greek-Swiss excavations in Euboea continue in the summer of 2021 East of Amarynthos. The research programme, aiming this year to further uncover the temple, is a collaboration between the Euboea Ephorate of Antiquities headed by Dr. Angeliki Simosi and the Swiss School of Archaeology in Greece, under Professor Sylvian Fachard.

The first days of the new excavation period brought to light important findings from inside the temple, adding to the votive offerings of the second half of the 6th c. BC found in 2020. These include black-figure vases imported from Attica, vessels from local workshops, clay and bronze figurines, jewelry, seal stones, a bronze shield and an iron helmet. Under the Late-Archaic temple, of which only the foundations survive (10 by 30m), the remains of at least two older architectural phases have been found, among them a semicircular hearth or grate.

Additional trenches were also excavated in other parts of the sanctuary. In one of them, at the northern end of the shrine, along with roof tiles of a building, a clay lion’s head waterspout was found in excellent condition. An archaic or classical wall was also discovered in the same area, which at that time restricted the shrine to the north.

During this year’s excavation season, research also began at the foot of the adjacent hill of Palaeoekklisies, with the aim of understanding the reason for the shift of human activities from the hill to the plain and the transformation of the prehistoric settlement into a sanctuary. It should be noted that the prehistoric settlement at the top of the hill was already known from previous excavations by the Euboea Ephorate of Antiquities and is mentioned in a plaque inscribed in Linear B from the palace of Thebes. A medieval building was discovered directly below the surface, while part of a Bronze Age building was found at a deeper level with abundant Mycenaean pottery.

A third area of research is the surface survey between Eretria and Amarynthos, which aims to trace the sacred road mentioned in ancient sources which connected the metropolis with its most important sanctuary. As part of this research, not only will inspections be conducted in the field, but modern technological methods will also be used, such as LiDAR aerial images.