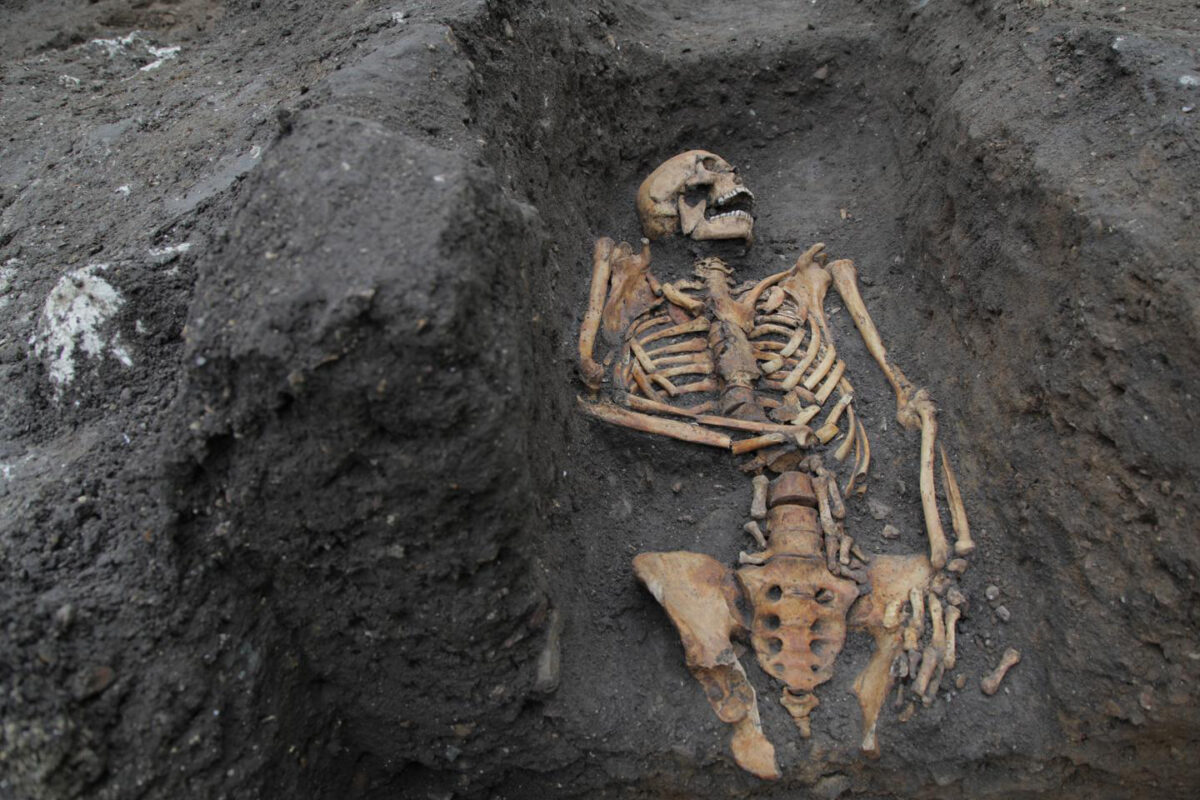 Inequality in medieval Cambridge in the bones of its residents

Researchers examined the remains of 314 individuals

Social inequality was “recorded on the bones” of Cambridge’s medieval residents, according to a new study of hundreds of human remains excavated from three very different burial sites within the historic city centre.

University of Cambridge researchers examined the remains of 314 individuals dating from the 10th to the 14th century and collected evidence of “skeletal trauma” – a barometer for levels of hardship endured in life.

Bones were recovered from across the social spectrum: a parish graveyard for ordinary working people, a charitable “hospital” where the infirm and destitute were interred, and an Augustinian friary that buried wealthy donors alongside clergy.

Researchers carefully catalogued the nature of every break and fracture to build a picture of the physical distress visited upon the city’s inhabitants by accident, occupational injury or violence during their daily lives.

Using x-ray analysis, the team found that 44% of working people had bone fractures, compared to 32% of those in the friary and 27% of those buried by the hospital. Fractures were more common in male remains (40%) than female (26%) across all burials.

The team also uncovered noteworthy cases, such as a friar who resembles a modern hit-and-run victim, and bones that hint at lives blighted by violence. The findings are published in the American Journal of Physical Anthropology.

“By comparing the skeletal trauma of remains buried in various locations within a town like Cambridge, we can gauge the hazards of daily life experienced by different spheres of medieval society,” said Dr Jenna Dittmar, study lead author from the After the Plague project at the University’s Department of Archaeology.

“We can see that ordinary working folk had a higher risk of injury compared to the friars and their benefactors or the more sheltered hospital inmates,” she said.

“These were people who spent their days working long hours doing heavy manual labour. In town, people worked in trades and crafts such as stonemasonry and blacksmithing, or as general labourers. Outside town, many spent dawn to dusk doing bone-crushing work in the fields or tending livestock.”

The University was embryonic at this time – the first stirrings of academia occurring around 1209 – and Cambridge was primarily a provincial town of artisans, merchants and farmhands, with a population of 2500-4000 by the mid-13th century.

While the working poor may have borne the brunt of physical labour compared to better-off people and those in religious institutions, medieval life was tough in general. In fact, the most extreme injury was found on a friar, identified as such by his burial place and belt buckle.

“The friar had complete fractures halfway up both his femurs,” said Dittmar. The femur [thigh bone] is the largest bone in the body. “Whatever caused both bones to break in this way must have been traumatic, and was possibly the cause of death.”

Dittmar points out that today’s clinicians would be familiar with such injuries from those hit by automobiles – it’s the right height. “Our best guess is a cart accident. Perhaps a horse got spooked and he was struck by the wagon.”

Injury was also inflicted by others. Another friar had lived with defensive fractures on his arm and signs of blunt force trauma to his skull. Such violence-related skeletal injuries were found in about 4% of the population, including women and people from all social groups.

One older woman buried in the parish grounds appeared to bear the marks of lifelong domestic abuse. “She had a lot of fractures, all of them healed well before her death. Several of her ribs had been broken as well as multiple vertebrae, her jaw and her foot,” said Dittmar.

“It would be very uncommon for all these injuries to occur as the result of a fall, for example. Today, the vast majority of broken jaws seen in women are caused by intimate partner violence.”

Of the three sites, the Hospital of St John the Evangelist contained the fewest fractures. Established at the end of the 12th century, it housed select needy Cambridge residents, providing food and spiritual care. Many had skeletal evidence of chronic illnesses such as tuberculosis, and would have been unable to work.

While most remains were “inmates”, the site also included “corrodians”: retired locals who paid for the privilege of living at the hospital, much like a modern old-age care home.

The Hospital was dissolved to create St John’s College in 1511, and excavated by the Cambridge Archaeological Unit (CAU), part of the University, in 2010 during a renovation of the College’s Divinity School building.

CAU excavated the Augustinian Friary in 2016 as part of building works on the University’s New Museums Site. According to records, the friary acquired rights to bury members of the Augustinian order in 1290, and non-members in 1302 – allowing rich benefactors to take a plot in the friary grounds.

The friary functioned until 1538, when King Henry VIII stripped the nation’s monasteries of their income and assets to fortify the Crown’s coffers.

The parish of All Saints by the Castle, north of the River Cam, was likely founded in the 10th century and in use until 1365, when it merged with a neighbouring parish after local populations fell in the wake of the Black Death bubonic plague pandemic.

While the church itself has never been found, the graveyard – next to what is still called Castle Hill – was first excavated in the 1970s. Remains were housed within the University’s Duckworth Collection, allowing researchers to revisit these finds for the latest study.

“Those buried in All Saints were among the poorest in town, and clearly more exposed to incidental injury,” said Dittmar. “At the time, the graveyard was in the hinterland where urban met rural. Men may have worked in the fields with heavy ploughs pulled by horses or oxen, or lugged stone blocks and wooden beams in the town.

“Many of the women in All Saints probably undertook hard physical labours such as tending livestock and helping with harvest alongside their domestic duties.

“We can see this inequality recorded on the bones of medieval Cambridge residents. However, severe trauma was prevalent across the social spectrum. Life was toughest at the bottom – but life was tough all over.”