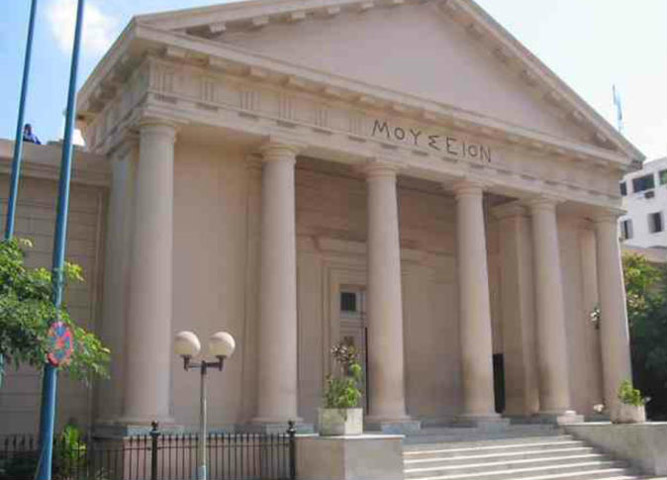 81-year-old Angelos Vroutzos from Alexandria  was described as an “an example to all Egyptians,” by Governor of Alexandria Mohamed El Serif. Vroutzos was heartily congratulated by the Egyptian State, for his donation of two Graeco Roman marble column capitals, family heirlooms owned by him till now, and which are ornately decorated with acanthus leaves, a remnant of the Corinthian order.

“Reflecting the love of genuine Alexandrians for their native city and also the fraternal relations and respect of our community for Egypt, this act of Mr Vroutzos honours all Alexandrians and all Egyptians”,said president of the Hellenic Community of Alexandria Ioannis Siokas in a statement, offering congratulations on behalf of the entire Community Committee.

Welcoming Angelos Vroutzos in his office, the city governor was full of praise for the member of the Greek community, referring to his donation as an expression of love for Egypt.

It was Mr Vroutzos himself who wished to contact the city governor and the authorities to inform them about the two marble Roman capitals he had at home, inherited from his deceased aunt Christina.

“I wish all Egyptians from across the country in possession of such artefacts might follow the example of Mr Angelos Vrountzos by contributing to the preservation of Egypt’s cultural heritage” , were the moving words of the Egyptian high official towards the Alexandrian Greek.

In turn, Mr Vrountzos also thanked the governor of Alexandria for his warm welcome and immediate response following his phone call, for these artefacts to find their proper place in the city’s Graeco Roman Museum.

“As a native of Alexandria, the city I love, I did what I had to do … nothing less. I did what everyone should do, because this is a treasure from this country that belongs to Egypt…” said Mr Vroutzos.