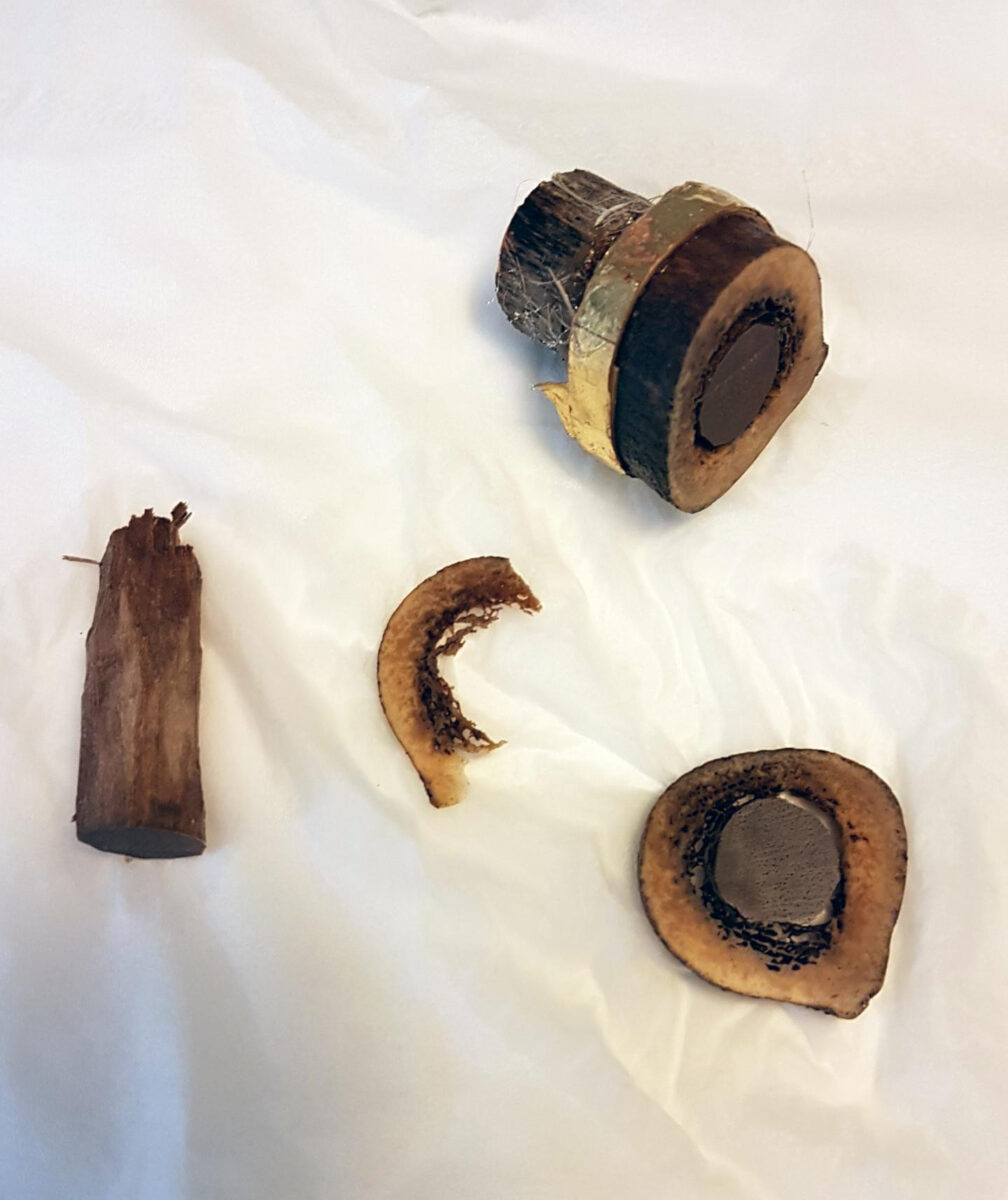 Professor of chemistry and archaeometry, Kaare Lund Rasmussen has led the scientific investigations

In Rome lies the Santi Apostoli church, cared for by Franciscan brothers for more than 500 years. For more than 1500 years, this site has held the believed remains of two of the earliest Christians and Jesu apostles: St. Philip and St. James the Younger — relics of the Holy Catholic Church.

In the first few centuries of Christianity, life was difficult for the Christian minority, but gradually towards sixth century Christianity became the dominant religion and after Emperor Constantine on his deathbed declared Christianity the state religion, churches were erected all over the Roman Empire.

Shortly after the churches were erected, remains of worshipped Christian martyrs were moved from their graves to designated worship churches in the towns. This also applied for the remains of the two apostles, St. Philip and St. James. Such movements of remains were called translations.

A foot, a femur and a tibia

It is unknown who translated the believed remains of St. Philip and St. James and where from, but it is a fact, that they came to glorify the current church of Santi Apostoli in Rome, constructed in their honor. It is also a fact that the remains have been kept in the church since the sixth century.

So, are the relics really the remains of St. James and St. Philip? And what else can we learn from the bones?

The skeletons are today far from complete. Only fragments of a tibia, a femur and a mummified foot remain. The tibia and foot are attributed to St. Philip, the femur to St. James. It appears likely that this has been the case since the sixth century.

Professor of chemistry and archaeometry, Kaare Lund Rasmussen from University of Southern Denmark has led the scientific investigations of these remains supported by a team consisting of colleagues from University of Groningen in Holland, University of Pisa in Italy, Cranfield Forensic Institute in England, Pontifical Institute of Christian Archaeology in Italy and the National Museum of Denmark.

The results are published in the scientific journal Heritage Science.

The researchers considered the remains of St. Philip too difficult to de-contaminate and radiocarbon date, and their age thus remains unknown so far. But the femur, believed to belong to St. James, underwent several analyses. Most importantly, it was radiocarbon dated to AD 214-340.

Thus, the preserved relic, the femur, is not that of St. James. It originates from an individual some 160-240 years younger than St. James, explains Professor Kaare Lund Rasmussen, University of Southern Denmark, adding:

– Though the relic is not that of St James, it casts a rare flicker of light on a very early and largely unaccounted for time in the history of early Christianity.

Who that person was, is of course impossible to say.

– We consider it very likely, that whoever moved this femur to the Santi Apostoli church, believed it belonged to St. James. They must have taken it from a Christian grave, so it belonged to one of the early Christians, apostle or not, comments Professor Kaare Lund Rasmussen.

The same goes for the believed remains of St. Philip, he adds.

– One can imagine that when the early church authorities were searching for the corpse of the apostle, who had lived hundreds of years earlier, they would look in ancient Christian burial grounds where bodies of holy men might have been put to rest at some earlier time, the researchers write in Heritage Science.