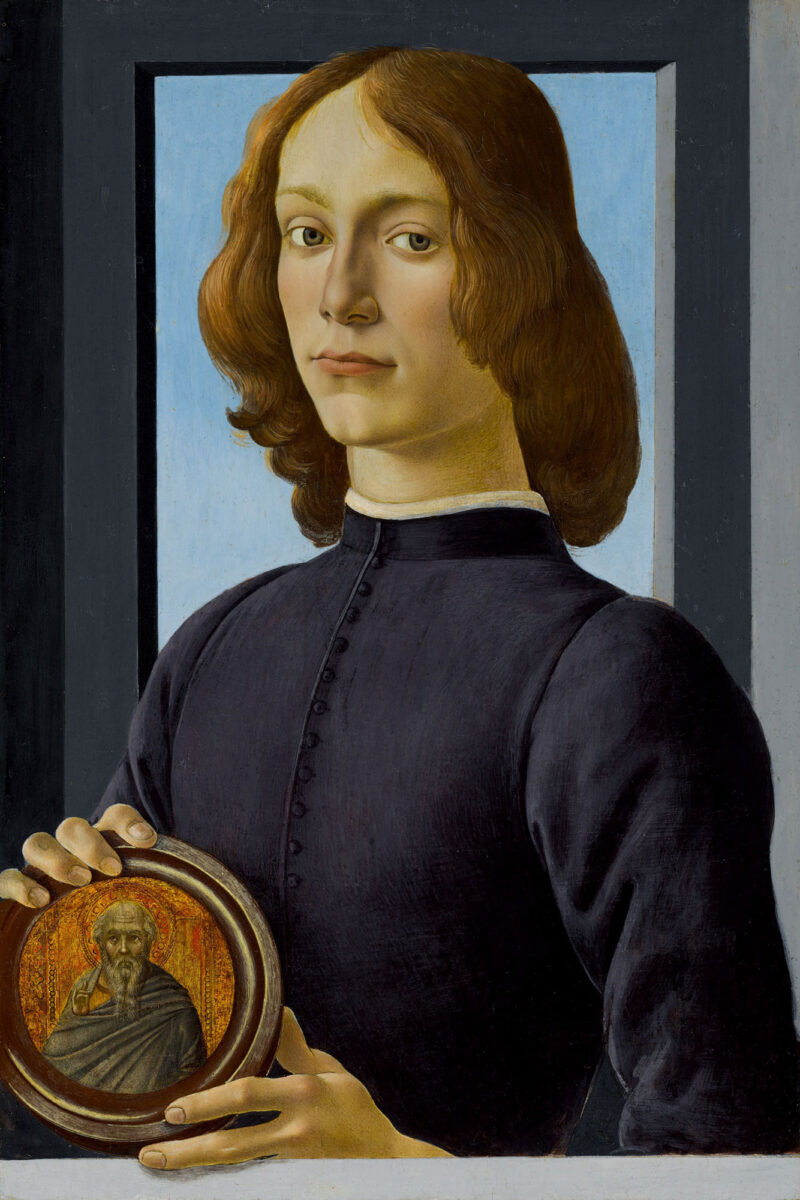 $92.2m for painting by Sandro Botticelli

Two bidders competed for the work

A painting by acclaimed Renaissance painter Sandro Botticelli sold for a record $92.2 million at auction at Sotheby’s.

Two collectors bid for the work, which depicts a young man holding a small painting. It was awarded to the one who offered $80m, with added taxes and the auction house commission.

This is the highest price offered for a painting since May 2019, when Claude Monet’s “Haystacks” were sold for $110m. The highest price for a Botticelli painting was $10.4m offered in 2013 for the work “Virgin and Child with the Infant Saint John the Baptist”.

It is not known who is depicted in the painting, but experts believe him to be a member of the powerful Florentine Medici family. The work bears no date but is estimated to have been painted in the early 1480s. It belonged to New York real estate magnate Sheldon Solow who bought the work at Christie’s in 1982 for $1.3m and it had been exhibited many times in different museums. Solow passed away in mid November. His family initially thought of setting up a museum in New York to house his collection, but in the end the plan fell through.