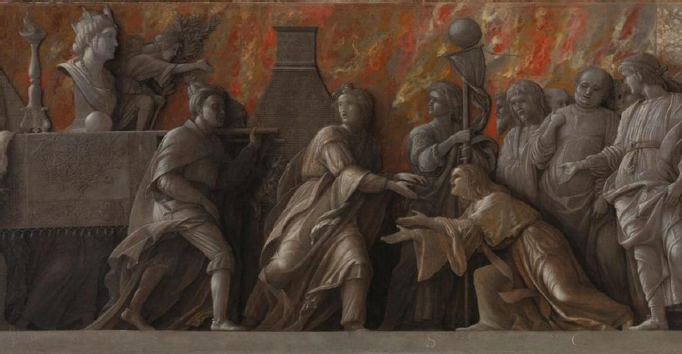 A new conference on inter-urban religion has been announced, organised by the members of the Connecting the Greeks project at Rijksuniversiteit Groningen. Organisers hope it will be possible by then to meet in person at Groningen, but if necessary they will hold a hybrid or even fully-online conference instead. All interested are invited to submit abstracts by March 20th. The call for papers runs as follows:

Cult, ritual and belief were crucial components of cohesive collective identities throughout the pre-modern world. Often religious practice is presented as unique, bound to the people and institutions of a single community, in service of such specific identities. Yet cities never existed in a vacuum – rather, urban societies underwent constant change brought on by movement and communication between and within their cities (Garbin & Strhan 2017). Forms and understandings of urbanity were transferred between sites through religious exchanges, often changing dramatically in the process, and their characteristics negotiated through dialogue, diplomacy, rivalry and warfare. How was religious practice bound to a single community, and when did it open up to foster regional cooperation? How could the gods of one city find resonance in another? Where could rituals and sacred sites become the focus of pilgrimage or competition? When were the institutions of a city dependent on recognition from its neighbours? Who set the boundaries of all this communication, and who contested them? This conference will explore religion as part of a web of interactions and a force for the refashioning of cities across the world, with a focus on the ancient Mediterranean and Middle East.

Looking at religion primarily as a social and ritual practice, the conference will examine the impact of religious interactions on urban memory, culture and identity across communities. It will encompass a wide range of religious activities, covering both the inter-urban networks of city-state societies and the connections between cities embedded in larger territorial states. Yet localised sub-communities within the urban frame were also key to establishing links between cities and at numerous scales. We will focus on the groups of worshippers themselves – how their structure and self-representation defined engagement with the pilgrims, migrants, merchants, envoys and epistolaries who facilitated communication. Through these interactions, wider communities of practice were strung together across great distances, forming networks that both incorporated and transcended local identities.

We invite those interested in participating to submit papers exploring networks, movement, connectivity, religion and identity in an urban context. These should ask how interactions between cities shaped religious practice, and how cult and worship in turn affected communication. Topics may include, but are certainly not limited to:
– Pilgrimage – travel between cities for religious purposes, both by private individuals and organised by civic authorities. Who felt the need to travel in order to worship? How did this change their standing within urban communities? How did citizens facilitate and profit from the journeys of pilgrims?
– Materiality – the physical environment in which interactions took place, and the ways in which it might be differently experienced. Where were religious institutions situated in the urban landscape? How was “foreign” cultic material mapped on to the city?
– Identity – the reimagining of civic identities through religious interactions, and the creation of supra-civic communities of shared religious practice. When did new cults and ideas impact people’s self-perception as citizens and as worshippers? Did engagement with cult abroad threaten communal cohesion, or strengthen it?
– Communication – the use of shared places and practices of worship to circulate information among cities. How were political, philosophical and technological ideas transmitted and transformed through urban religion? Which interactions rested on common understandings of worship, and which required radically new ways of thinking?

We ask all those interested in contributing a paper to submit abstracts (300 words) for papers suitable for 30 minute presentations. Please send abstracts to: [email protected] . The deadline for abstracts will be March 20th and notification of acceptance will be sent by early April. We would like to receive written drafts of papers soon after the conference as a resulting publication is envisaged, to appear in late 2022 or early 2023.

This conference takes place within the framework of the NWO project Connecting the Greeks at the University of Groningen (see connectingthegreeks.com). It is also held in conjunction with the “Religion and Urbanity: reciprocal formations” project at the University of Erfurt (see urbrel.hypotheses.org).