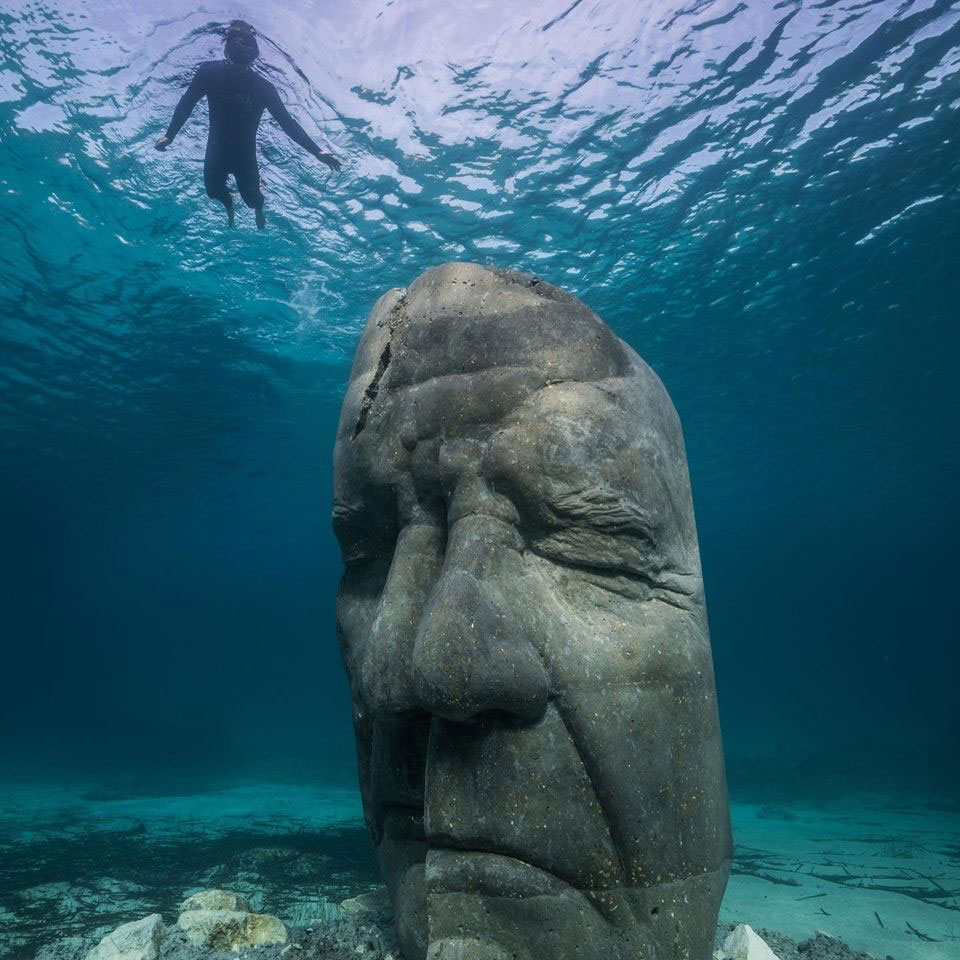 First works have been installed in the Cannes Underwater Museum

For a few days now, the Cannes Underwater Museum ‒ the first installation by artist Jason deCaires Taylor in the Mediterranean ‒ has been welcoming visitors: art lovers wearing diving suits can admire six monumental masks, each over 6 meters high and weighing ten tonnes, placed at a depth of two to three meters on the white sand of the seabed in the protected part of the island of Sainte-Marguerite.

The installation was funded by Cannes City Hall, commissioned by Mayor David Lisnard and took more than four years to complete. The British artist Jason deCaires Taylor explained that the six works are based on portraits of members of the local community, from Morris the eighty-year-old fisherman to Anouk the nine-year-old elementary school pupil.

Each face is made up of two parts, with the outer part resembling a mask. The mask’s theme is directly related to the history of the island of Sainte-Marguerite, known as the place of imprisonment of the “Man with the Iron Mask” (we know the story from the novel by that name by Alexandre Dumas).Moreover, the split mask also serves as a metaphor for the sea: the external mask is powerful and solid, but the person behind the mask is more fragile and in need of protection. “From land we see the surface of the sea, calm and serene or strong and majestic,” said Jason deCaires Taylor. “However, beneath the surface there is a fragile ecosystem in delicate balance ‒ an ecosystem that for years has been degraded and polluted by human activity”.

The site where the sculptures have been placed was previously a landfill resulting from human activities in the sea. Part of the project was clearing the rubbish such as old machines and piping to create space to install the works constructed with materials that attract marine flora and fauna. Fences protect the area from passing sea crafts and is safe for those wishing to scuba dive or swim underwater and also prevents the Posidonia seagrass meadows from being damaged by anchors.