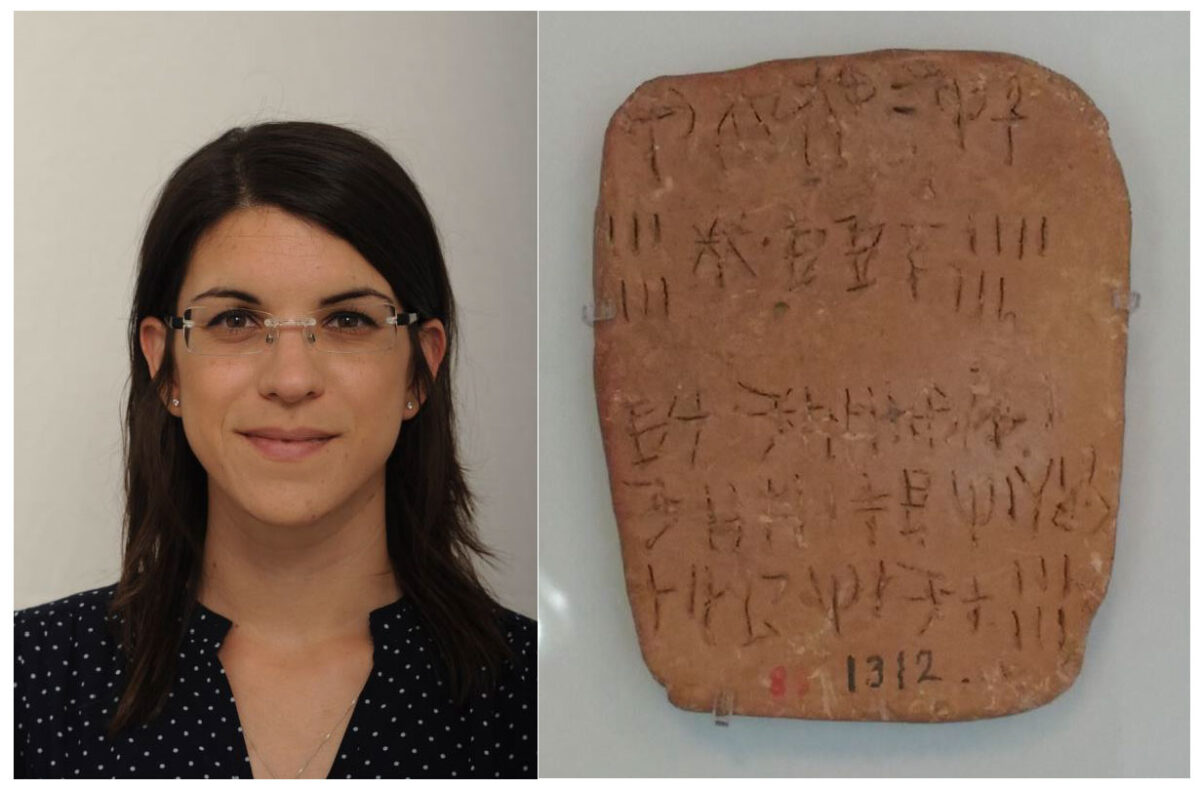 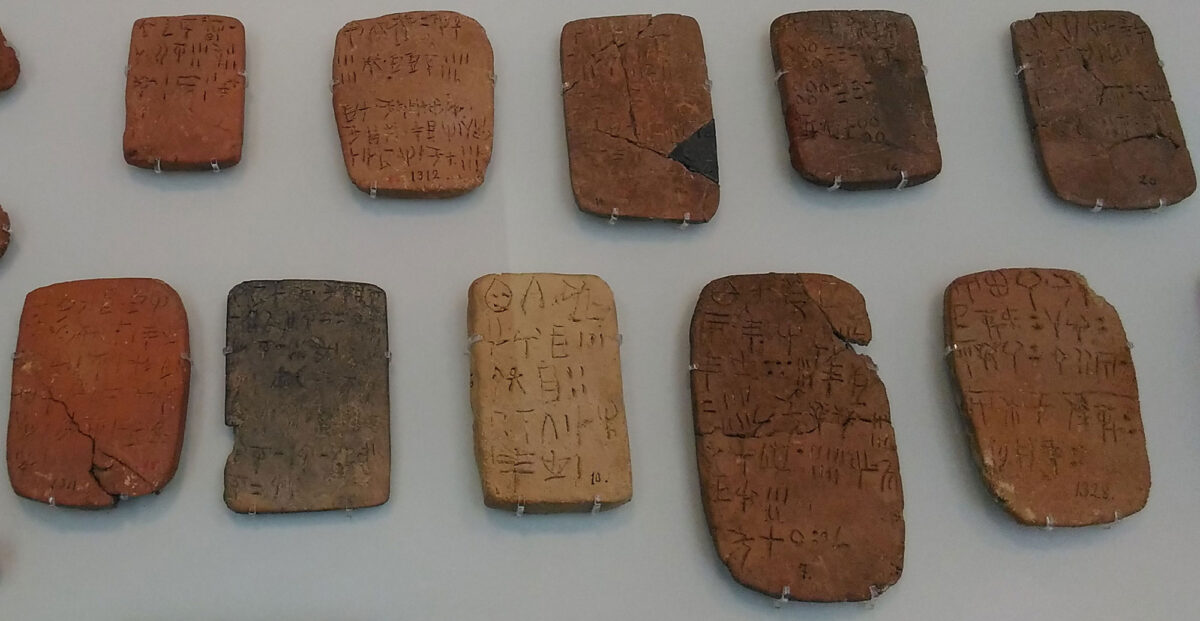 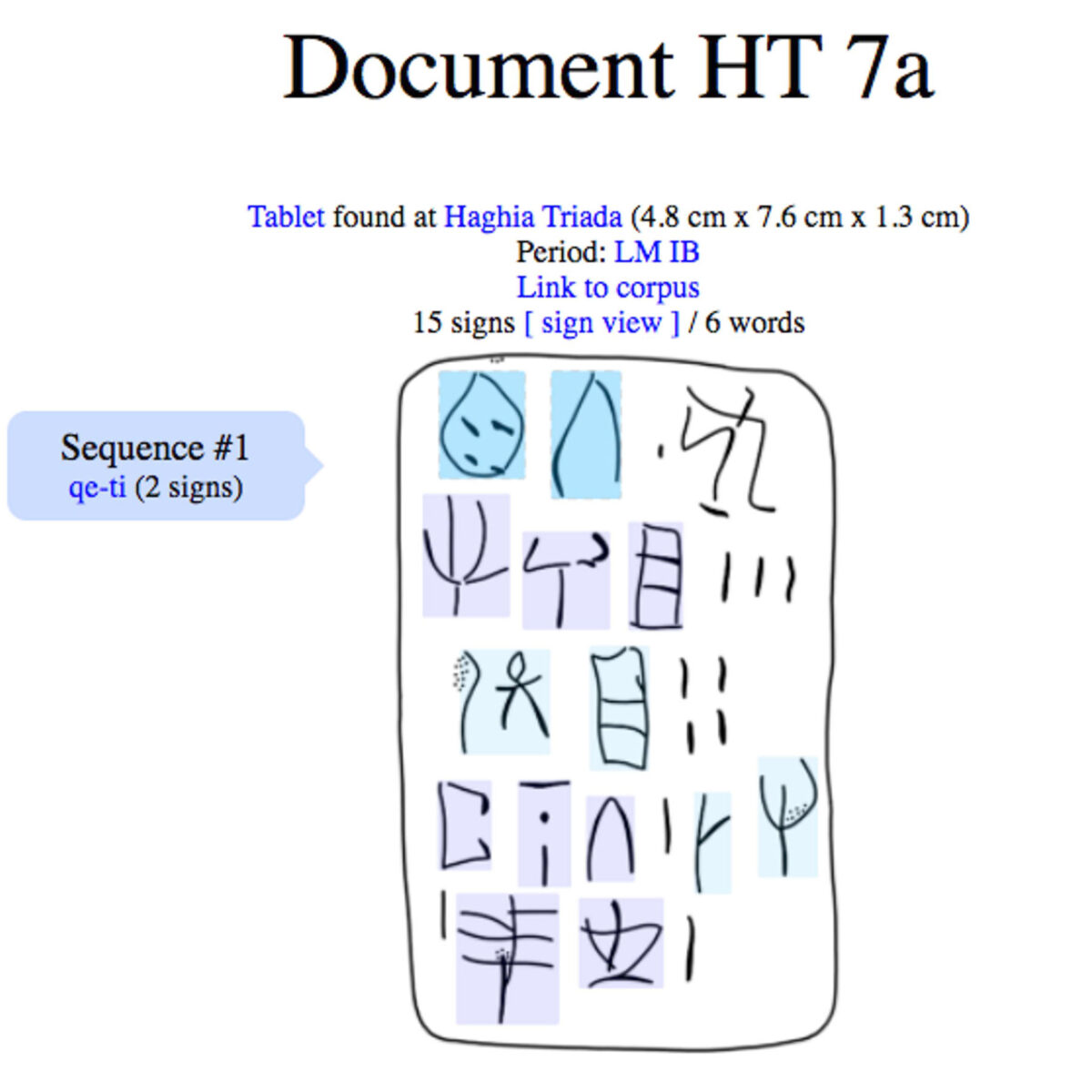 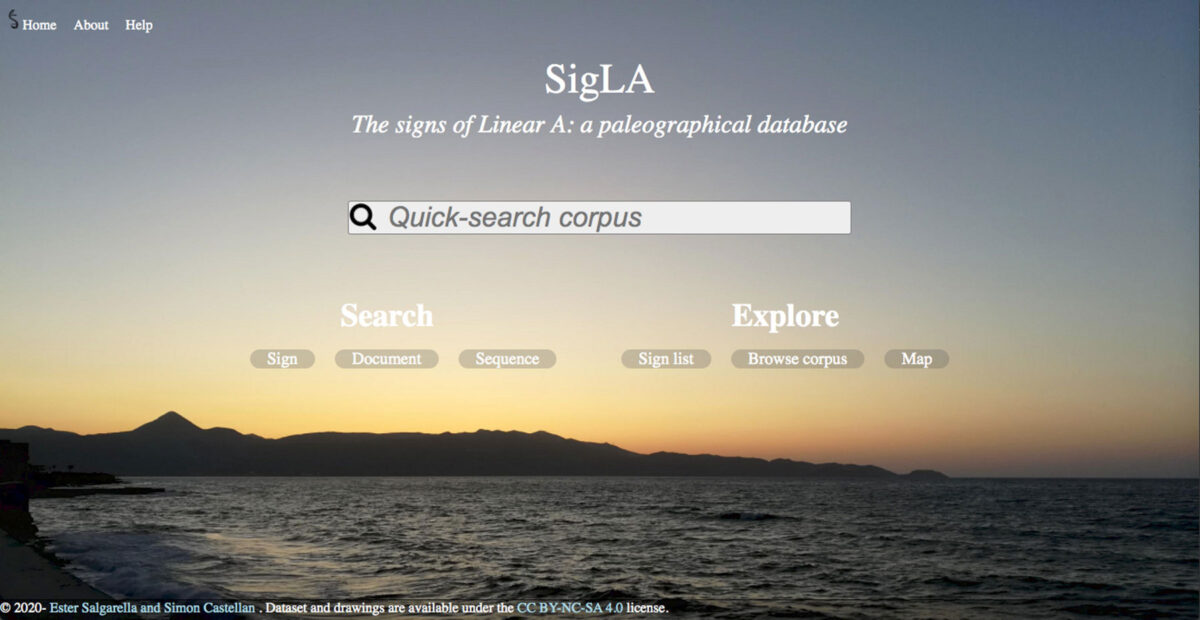 Linear A still keeps its secrets

Can modern technology help decipher Linear A, the Minoan script that still keeps its secrets? Dr Ester Salgarella, researcher at St John’s College, Cambridge, not only believes so but also attempts it with the open access SigLA database she created in collaboration with computer scientist Simon Castellan from the University of Rennes, France. SigLA comprises a list of 300 standard symbols from 400 Linear A inscriptions hand copied by the researcher. The database is still being constructed, but over 3,000 individual symbols found on the inscriptions can be searched.

SigLA shows Linear A inscriptions in an interactive database, where users can see and clearly identify individual symbols (syllables, logograms, transaction signs, simple or complex symbols) as well as words and word ends. “Before SigLA, this knowledge was limited to the experts, who made the identifications themselves, since the only published corpus of Linear A inscriptions does not have voice transcripts of the texts”, Dr Salgarella told the Athens and Macedonia News Agency, explaining that for each Linear A text appearing in SigLA there is an internet link referring to the scanned pages of the corpus made available on the internet by its publishers i.e. the French School at Athens.

Additionally, the database allows advanced palaeographic searches to be carried out filtered by a set of parameters. “In this way, the data is adapted to each user’s research needs. We hope that all these searches and the flexibility in reorganizing the data will ultimately help ‘break’ the code”, she adds, pointing out however that “‘decryption’ means understanding the language encoded in a script as well as its linguistic link if this can be identified. Consequently, at the moment we can ‘read’ the Linear A script but we still cannot understand it”, notes Dr Salgarella, who deals with the relationships between Aegean scripts of the Bronze Age, i.e. Cretan Hieroglyphics (circa 1900-1600 BC), Linear A (c. 1800/1700-1450 BC) and Linear B (c. 1400/1370-1190 BC).

“Of these, only the Linear B script has been deciphered as the oldest written form of the Greek language we know, while the language (or languages) behind the other two scripts remains to be determined. In my research, I use an interdisciplinary approach that combines archaeological, epigraphic and palaeographic analysis and consolidates resulting data”, says Dr Salgarella. She has in fact published a monograph entitled Aegean Linear Script(s): Rethinking the Relationship Between Linear A and Linear B.

But why is Linear A so difficult to decipher? “In total, there are only around 1,400 inscriptions in Linear A script, which is not particularly impressive when compared to Linear B for which we have about 6,000 inscriptions. Thus, the first problem is the rather small existing set of data added to which, most inscriptions are fragmented or poorly conserved. The second problem is that most inscriptions are short and formal (brief archives of economic transactions), without much apparent syntax, which does not help discover the language’s grammatical structure. Thirdly, we do not have some bilingual text that could help us properly recognize the words’ semantics. For the time being, all these reasons make it difficult to recognize the language that has been coded in Linear A” she answers the AMNA.

In answer to how possible she considers the decryption of Linear A, she says: “As I mentioned above, a number of obstacles do not allow us to decrypt Linear A. Although we can ‘read’ the inscriptions in Linear A using some of the phonetic values we have for Linear B, we cannot understand the former script’s symbols. Until we achieve this, the script remains ‘not encrypted’. Considerable progress can be made with interdisciplinary analysis and the help of modern technology. We need collaborations between researchers working in different fields in order to use as many different and complementary approaches as we can. SigLA can help in this respect, but it is not ‘the magic lamp with the genie’. We must create tools to further investigate the characteristics of the inscriptions as well as the underlying language, unless we ultimately find a bilingual text”, Dr Salgarella concludes.