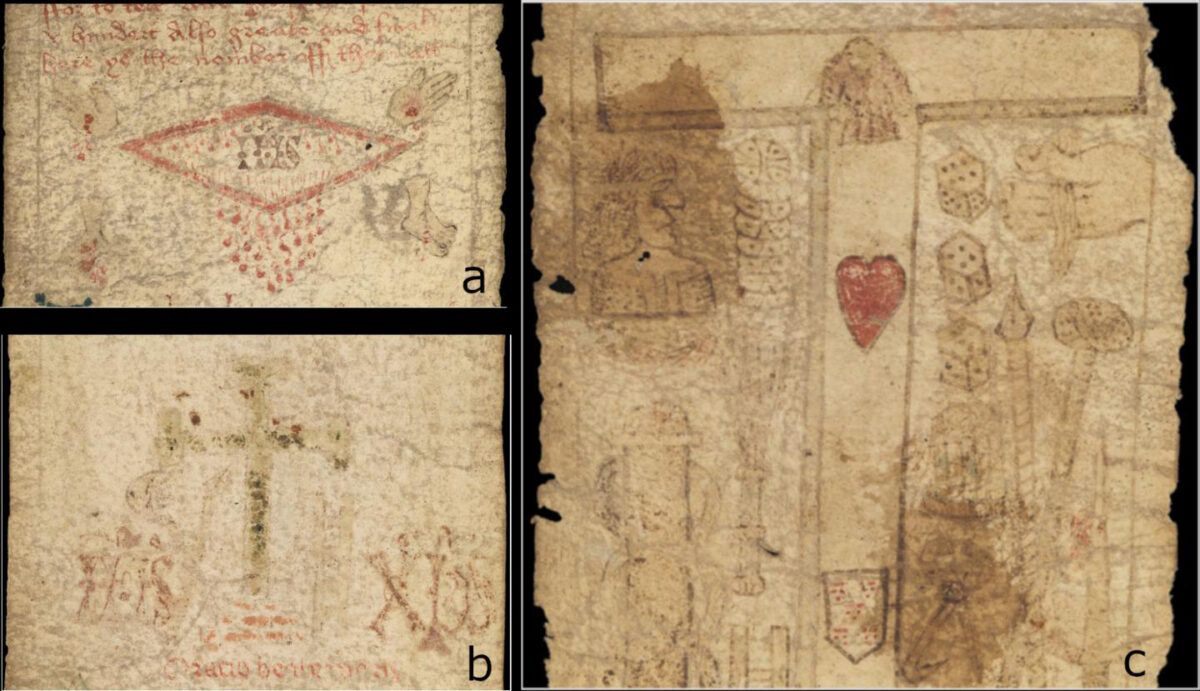 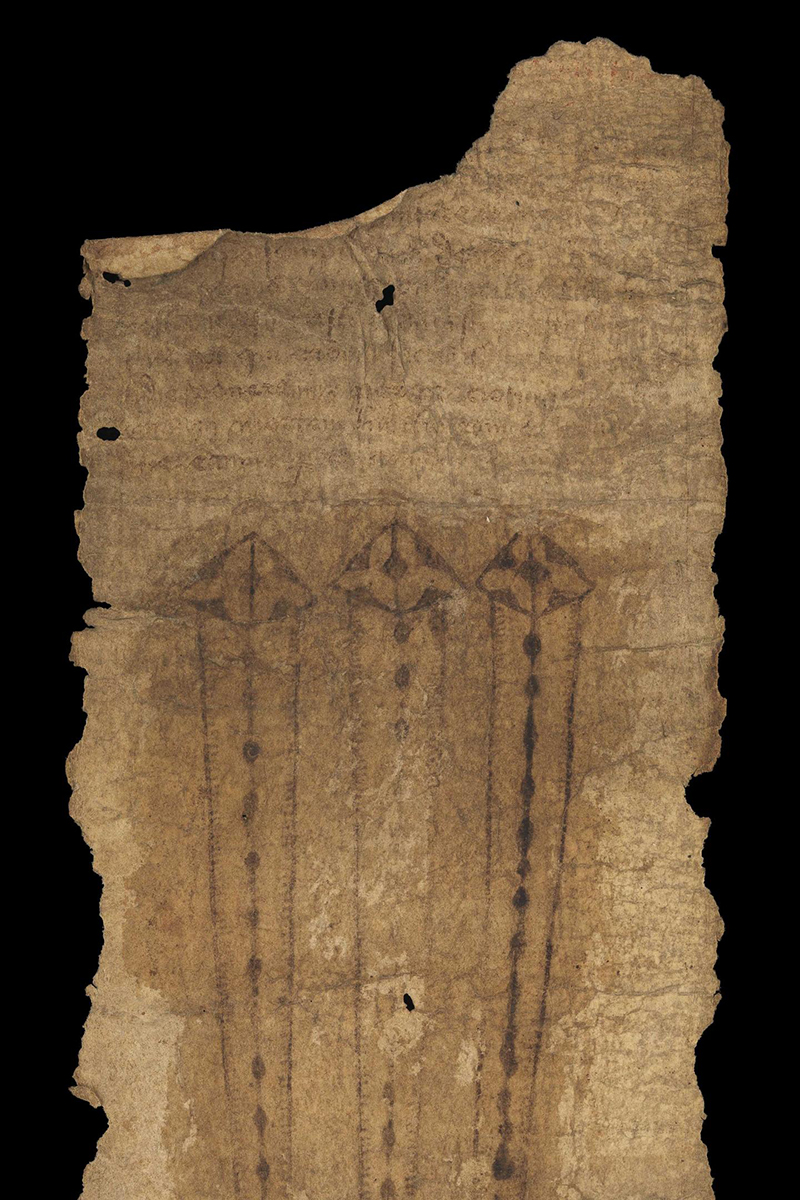 Direct evidence of the use of a medieval parchment birthing girdle

The manuscript analysed by the researchers is a medieval parchment “birth girdle” made in England and thought to be used by pregnant women while giving birth.

Childbearing in medieval Europe was a highly perilous time with considerable risks for both mother and baby. Difficulties occurring during childbirth or through postpartum infection, uterine prolapse or other complications caused a high death-toll for women.

The Pre-Reformation Church in England offered numerous talismans or relics to pregnant women hopeful for a safe delivery; the most oft-recited of these items loaned out by monasteries to their parishioners is a birthing girdle.

Birthing girdles were made from different materials (including silk, paper and parchment) but many were destroyed after the reformation with few surviving today.

Although records indicate the use of these girdles and other remedies, there is very little surviving first-hand evidence from medieval women themselves about either the treatment or the complications of their own bodies during childbirth.

The team of researchers led by Dr Sarah Fiddyment of the McDonald Institute for Archaeological Research at the University of Cambridge have used a dry non-invasive sampling method and were able to extract both human and non-human peptides from the stains, including evidence for the use of honey, cereals, ovicaprine milk and legumes. In addition, a large number of human peptides were detected on the birth roll, many of which are found in cervico-vaginal fluid. published results of their biomolecular analyses of one such medieval parchment birthing girdle.

Dr Fiddyment says: “Although these birth girdles are thought to have been used during pregnancy and childbirth (as the name indicates) there has been no direct evidence that they were actually worn. Many contain prayers for general protection of the individual, but this particular girdle also contains very specific prayers to protect women in childbirth and references various saints also related to women and childbirth.

“This girdle is especially interesting as it has visual evidence of having been used and worn, as some of the images and writing have been worn away through use and it has many stains and blemishes.”

Fiddyment continues: “We do not know how the girdles were worn, but there are suggestions due to the dimension of the object (long and narrow), that they were physically worn like a chastity belt or girdle, to help support the pregnant women both physically and spiritually.

“We used protein analysis to see if we could detect what proteins might be on these stains or on the girdle in general. We have been able to detect a large number of human proteins matching cervico-vaginal fluid which would indicate active use of the girdle in pregnancy/childbirth.

The detected non-human proteins, such as honey, milk and plants, have all been documented in medieval texts as treatments relating to pregnancy and childbirth, reinforcing the researchers’ evidence of active use of this particular birth girdle.

This study is the first to report proteomic analysis of a historic parchment document using non-invasive sampling technique (eZooms) developed previously for species identification of parchment.

Commenting on the methods used, senior author Prof Matthew Collins also of the McDonald Institute said: “Non-invasive samples were taken from the surface of the parchment in both stained and unstained areas using PVC erasers, a method Sarah Fiddyment stumbled upon when working in the conservation studio. This work further highlights the role of proteomics within the new field of biocodicology.”