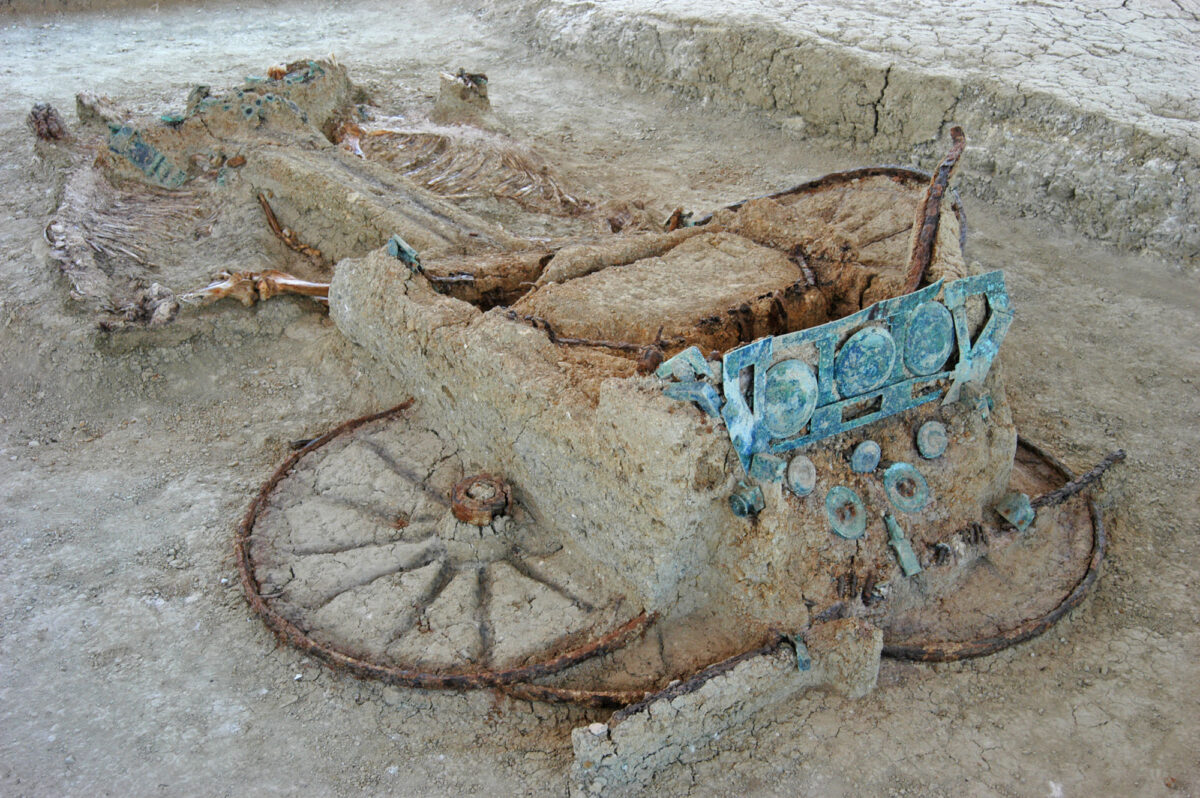 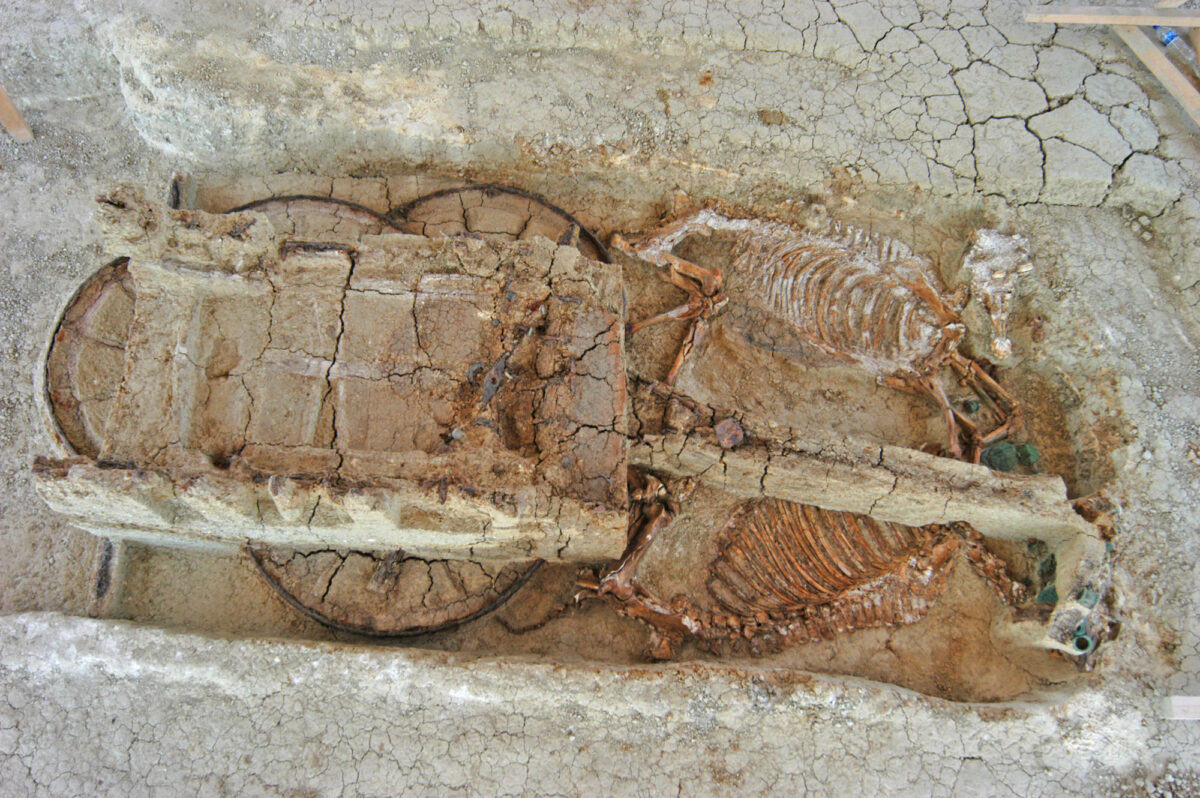 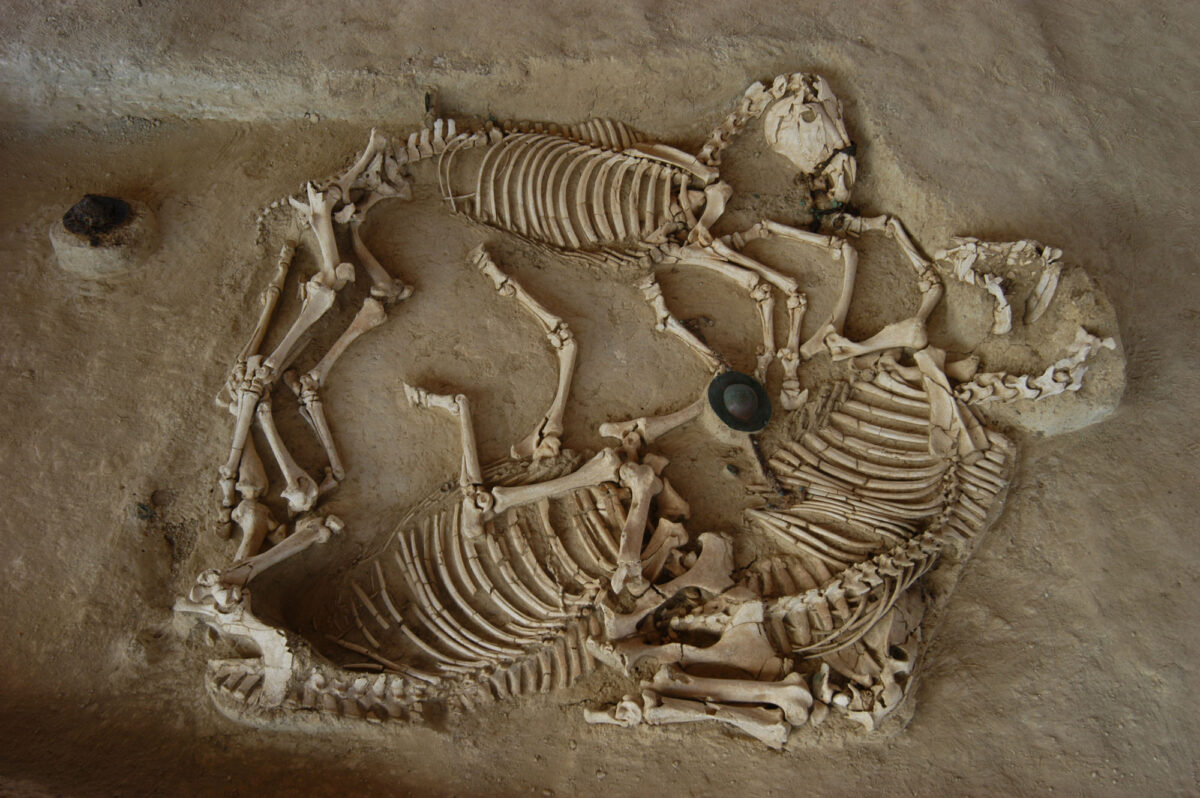 The chariots of Pompeii and Thrace have many similarities

What do the two finds have in common?

A few days ago, in a Roman mansion near Pompeii, an almost intact, richly decorated ritual four-wheeled chariot made of bronze and tin was found. The find is unique to Italy, but not to Greece, where in 2002 five similar carriages came to light during the excavation of a burial mound situated near the villages of Mikri Doxipara-Zoni and Chelidona, in the western part of northern Evros.

After identifying the find, the departing director of the Pompeii Archaeological Park and director of the excavation Massimo Osanna pointed out the similarity: “This type of chariot, which has never been found before in Italy, is comparable to findings discovered in a burial mound in Thrace, northern Greece,” and added that one of the Thracian chariots is very similar to the Italian one. What do the two findings have in common? “At first glance the two findings do indeed present many similarities—mainly in the decoration—and date from the same era, the end of the 1st century AD. However, we should see more construction details of the Pompeii chariot  to be able to comment accurately on the similarities and differences between the two,” says head of the Evros Ephorate of Antiquities Domna Terzopoulou to the Athens and Macedonia News Agency/AMNA.

She herself has been an associate of Diamantis Triantafyllou, the excavator and Honorary Curator of Antiquities, who in 2002 was the director of the then IX Ephorate of Prehistoric and Classical Antiquities of Thrace. She was there when the four pits were found with the remains of the cremations of three men and a woman together with their numerous burial artefacts, the chariots and the five horse burials.

The find was unique to Greece, as chariots (with or without their horses) have been located in many countries in Europe and Asia, but in Greece they came to light for the first time in the burial mound of Mikri Doxipara-Zoni. How did she feel during the discovery and in what condition are the chariots and the other findings today? “Surprise and joy always accompany the excavation process and often one is moved. In the course of excavation, when the finding is so complex and its handling so demanding, the sense of responsibility towards the findings themselves prevails. Today, the chariots, horse skeletons and moveable finds are in a satisfactory state of preservation, without this meaning that they should not be constantly cared for,” says the Head of the Evros Antiquities.

It was recently announced that 11 million euros will be allocated from NSRF funds for the protection and enhancement of the mound. “The agreement for financing the Project by the Operational Programme of the Region of Eastern Macedonia and Thrace was signed at the beginning of February 2021. We are now in the final stage of preparations for the start of the Project, which will take place next month,” Ms. Terzopoulou informs the AMNA. The works concern the construction of a closed vaulted shell inside which an exhibition space will be organized.”The visitor will be able to see facsimiles of the chariots, cremations and the horse burials exactly as they were found, while at the same time reconstructions of the chariots and the cremation offerings will be exhibited in special display cases. According to the existing plan, three services of the Ministry of Culture and Sports will cooperate in completing the project: The Evros Ephorate of Antiquities  will undertake the final configuration of the excavation site and the preparation of the museological and museographic study, the Directorate of Ancient and Modern Monuments will be responsible for the conservation of the exhibits, while the Directorate of Studies and Execution of Projects of Museums and Cultural Buildings of the Ministry of Culture will supervise construction of the exhibition space.  We believe that the work will be completed in three years,” she explains.

The burial mound of Mikri Doxipara-Zoni is a real treasure trove of information about the burial customs and society of Roman Thrace. “Its findings reflect the social organization of the region, the attachment of the inhabitants to their particular ethnic identity while also  being familiar with the Roman way of life. We believe that a new cultural route will be established by creating a new exhibition space near Didymoteicho where the only Byzantine museum exists in Thrace and very close to the Bulgarian town of Ivailovgrad, where a large Roman villa with impressive mosaic floors can be visited,” says the Head of the Evros Antiquities to the AMNA.

She concludes by saying that “for many years the construction of an exhibition space at the site of the burial mound of Mikri Doxipara-Zoni had been a constant request of the Archaeological Service and the people of Thrace, but the project’s design and launching had been extremely difficult for the Ministry of Culture and Sports to undertake. Today, after many years of persistent but fruitless efforts, thanks to the personal interest of Minister of Culture and Sports Lina Mendoni and the support of the Governor of Eastern Macedonia and Thrace Christos Metios, we can hope for the first time to honour not only an exceptional discovery but also the region of northern Evros that has provided us with such great archaeological findings.”