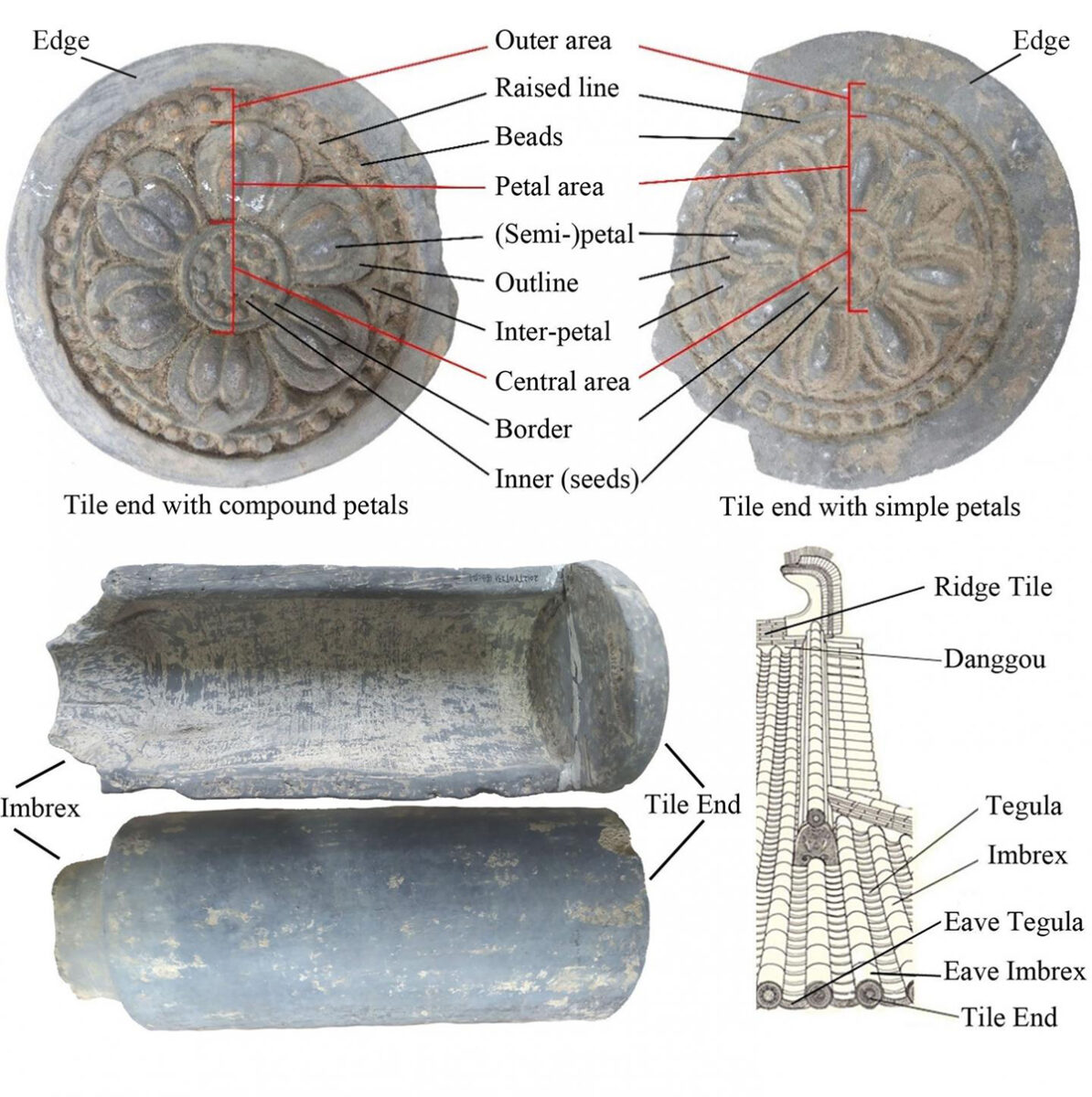 Any visitor to China will have noticed the spectacular roofs on buildings dating from imperial times. However, the question of how these roof tiles were produced has attracted relatively little attention from archaeologists. Now, a team of researchers has conducted a major study of tile ends unearthed at the Ximing Temple in Xi’an, yielding exciting insights into their production.

In a study published in Archaeological Research in Asia, researchers from Kanazawa University and the Chinese Academy of Social Sciences have revealed the significance of minute variations in the tile ends used in the roof of the famous Ximing Temple in Xi’an, built during the Tang dynasty (618-907 AD) when Xi’an (then known as Chang’an) was the imperial capital.

The researchers conducted an investigation of 449 tile ends with lotus patterns from various periods during the Tang dynasty that had been recovered from the Ximing Temple. “We were interested in the variations in the tile ends, both those within the conscious control of the artisans who made the tiles, such as whether to use simple or complex lotus patterns, and those outside their control, such as the marks left by the deterioration of the molds used to make the tiles,” says lead author of the study Meng Lyu.

“We discovered that the degree of minor variation in the tile ends increases significantly in the later samples,” adds author Guoqiang Gong. “This suggests to us that there was a shift away from the centralized manufacturing of imperial building materials during the Early Tang period toward one in which small private artisans played an important role in the Late Tang period.”

Intriguingly, the study has revealed traces of the coming together of two distinct cultural traditions. “We found that there were, in fact, two separate production systems at work to make the title ends,” notes author Chunlin Li. “One produced tile ends with compound petal patterns and curved incisions, whereas the other made end tiles with simple petal patterns and scratched incisions.” These two styles may ultimately have their origins during an earlier historical period when the Northern Wei dynasty was divided into two regimes on either side of the Taihang mountain range.

This study demonstrates that studying the roof tiles of China’s grand imperial buildings can reveal a great deal about the circumstances of their production and yield insights into larger historical questions.