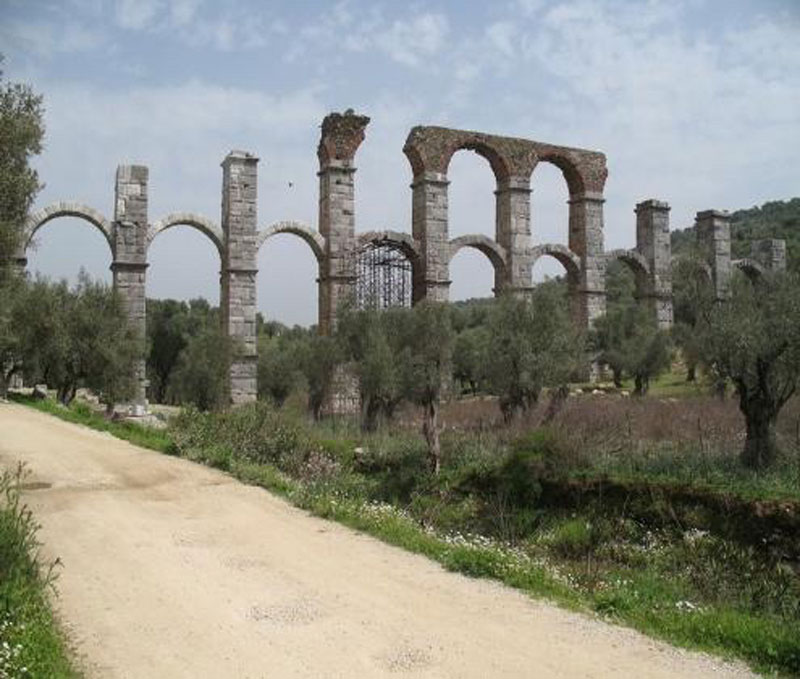 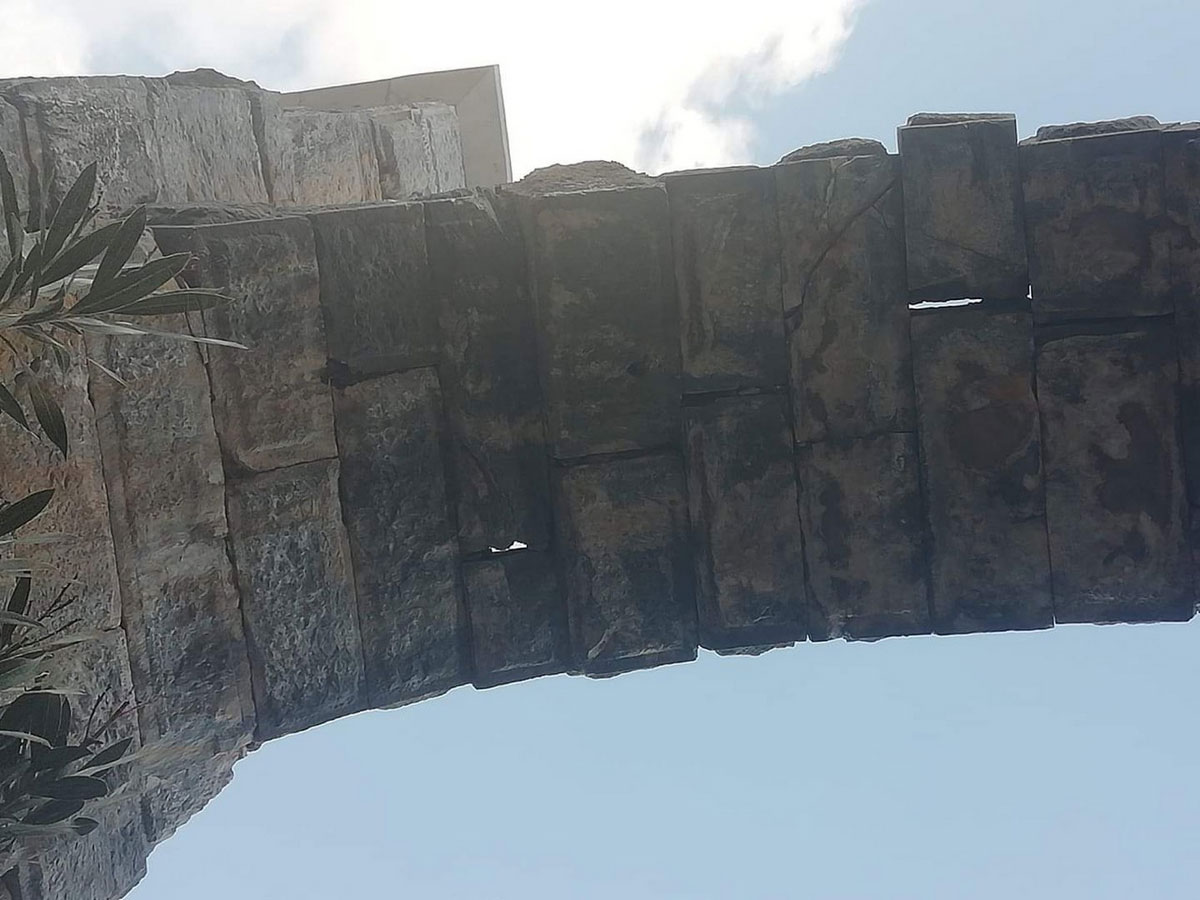 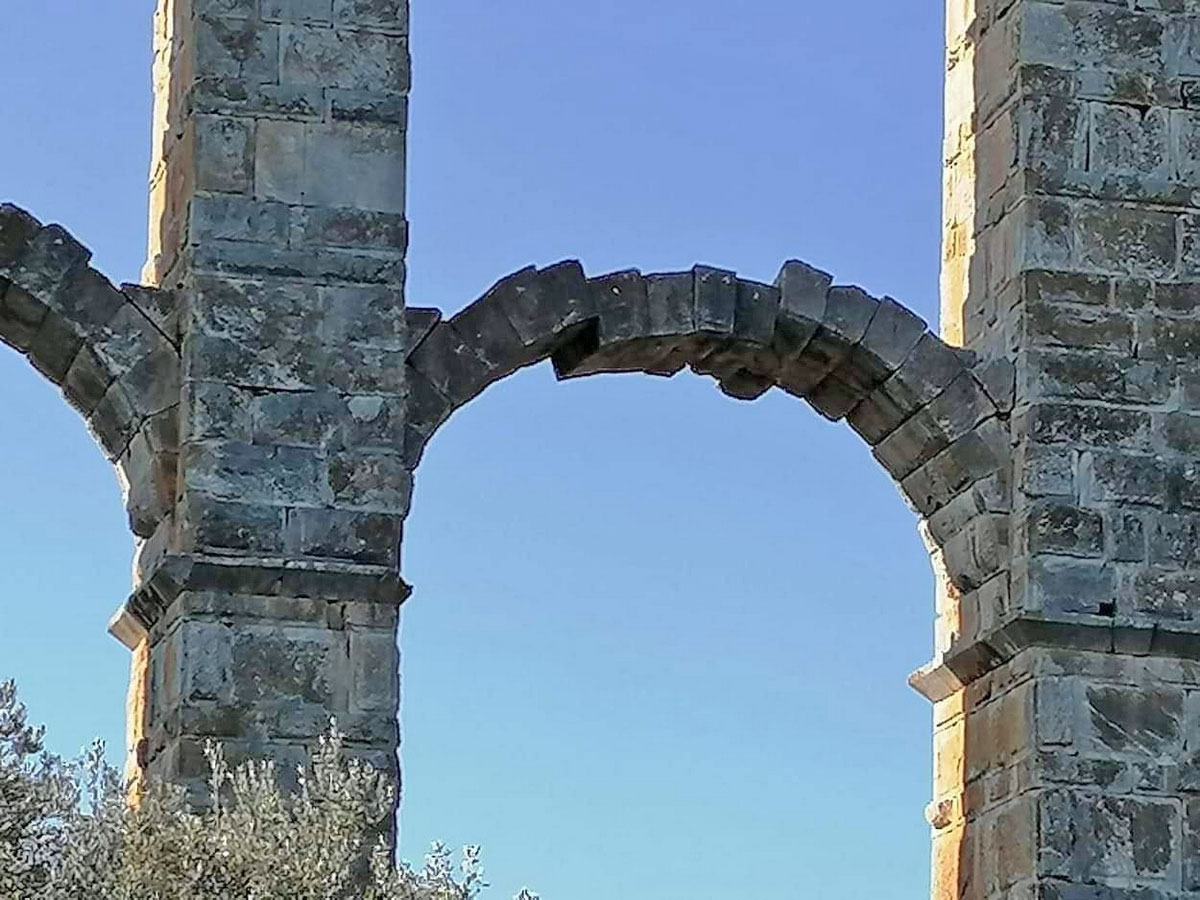 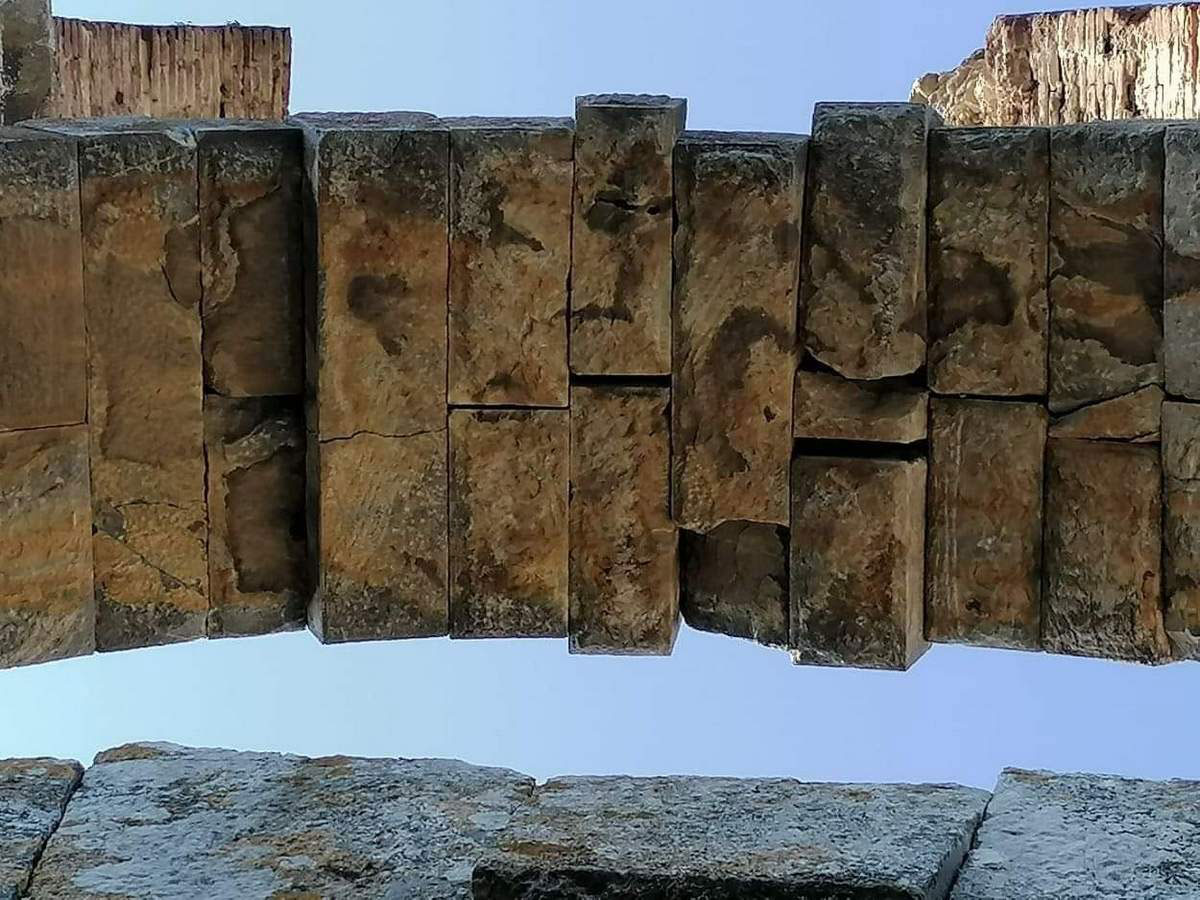 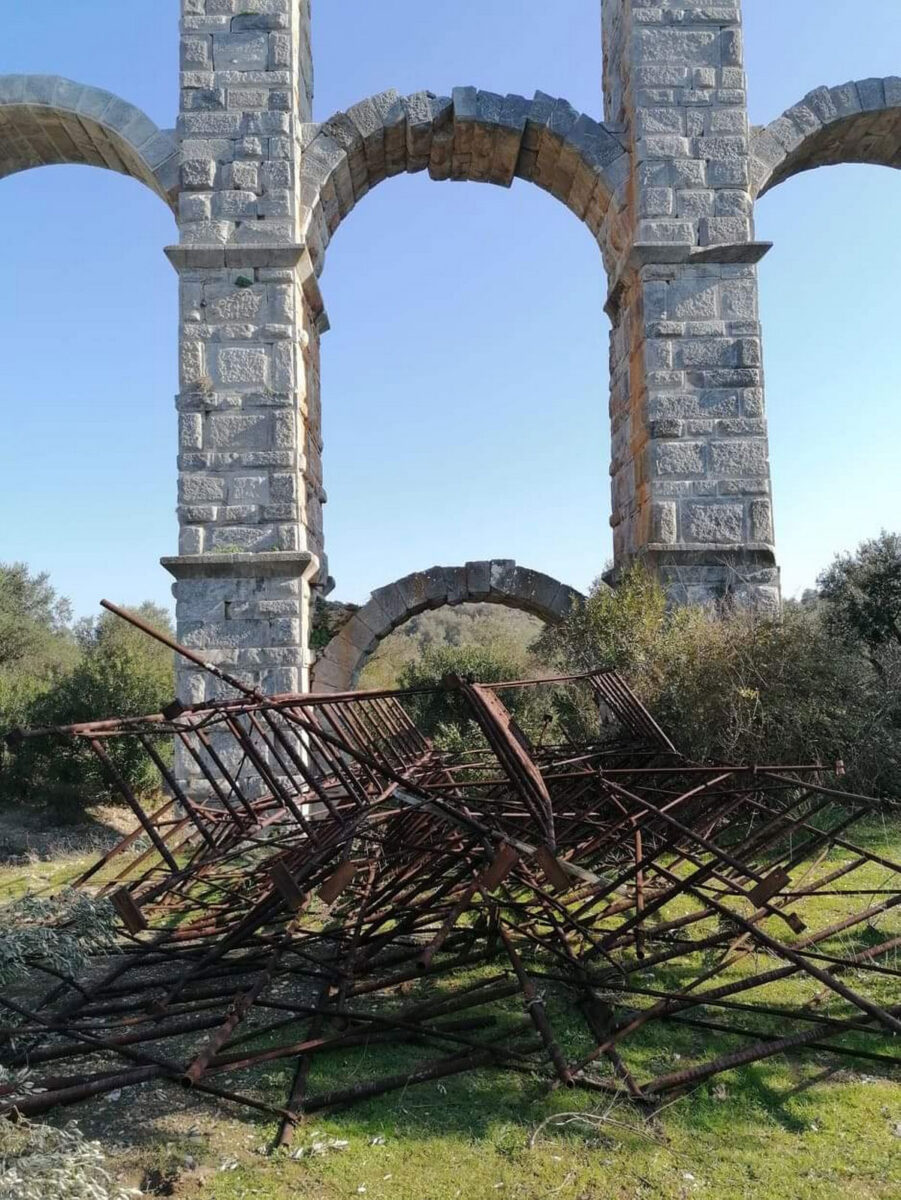 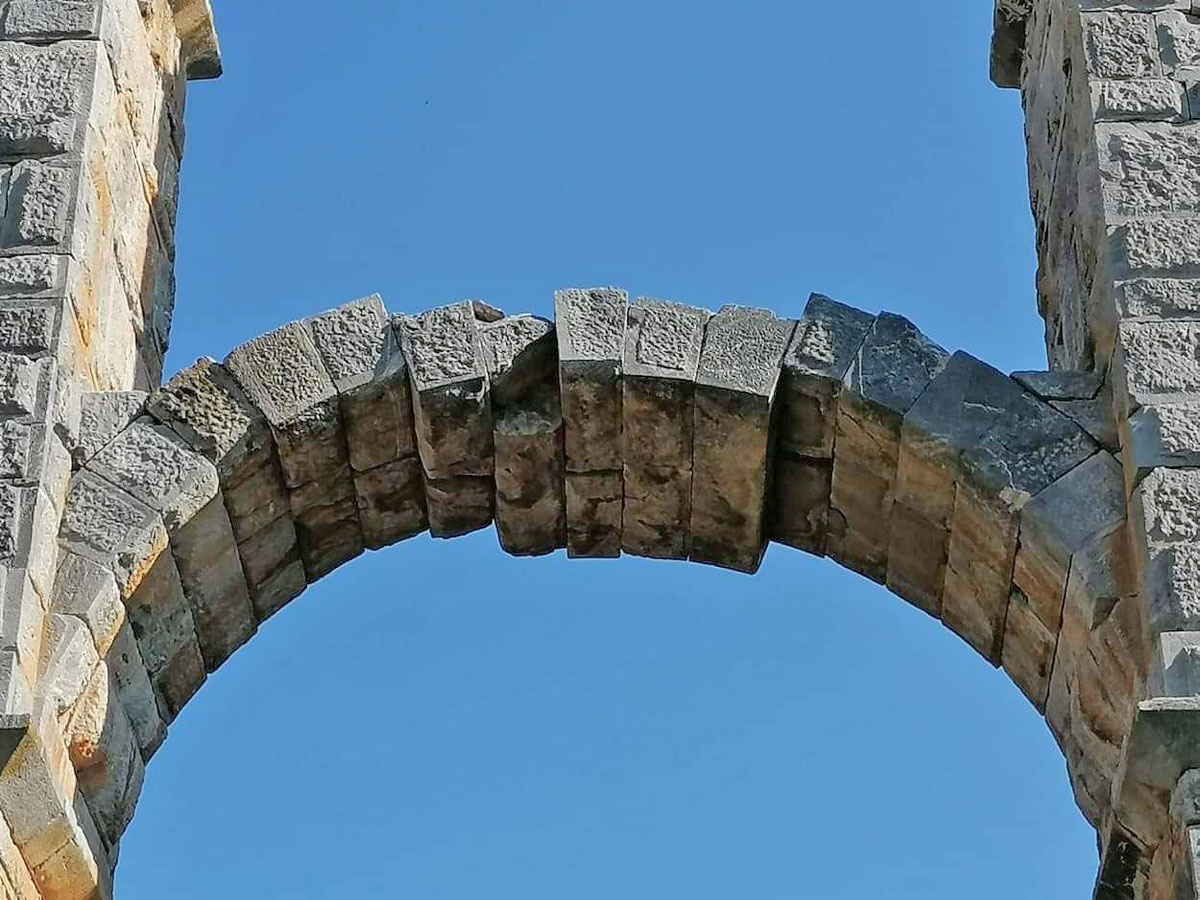 The Roman Aqueduct at Moria

A race for its rescue

The Roman aqueduct of Mytilene is one of the most important technical works of antiquity, probably dating to the end of the 2nd or the beginning of the 3rd century AD. It has strong  elements of classicism which is why it was considered as “Hadrianic”. It was built to transport water from the springs of Olympus to the ancient city of Mytilene, on a route of about 28 km. It is estimated that it supplied the city with 127,000 cubic meters of water per day.

The project’s engineer was a real genius who achieved a continuous water flow over irregular terrain with different ground levels by bridging the valleys with rows of arches for the water conduits to be placed across. Sections of aqueducts and pipelines are still preserved at various points along the route.

The most impressive part of the aqueduct is the water bridge with its tiers of arches that survives in Moria,with a length of 170 m and a maximum height of 26 m. It comprises 17 pillars made of carved stone plinths, while the arches of the upper tier bearing the water conduit are made of solid brick. The pillars and tholites of the arches are of local marble.

However, the monument’s long exposure to the weather conditions, its foundations resting on a torrent bed and particularly the recent increased seismic activity in the Lesvos region, have contributed to the deterioration of the aqueduct’s strength and stability. The recent earthquakes that hit the area caused the vault bricks of the central arch of the water bridge to visibly give way, resulting in the need for immediate measures to be taken to secure critical areas of the monument.

The response of the Ministry of Culture and Sports was immediate. By decision of Lina Mendoni, the Directorate for the Restoration of Ancient Monuments was financed with 90,000 euros to prepare a study for evaluating the condition of the aqueduct, its topographic documentation and photogrammetric mapping, as well as taking immediate measures to stabilize its structure.

At the same time, by a new decision of the Minister, the Lesvos Ephorate of Antiquities is being subsidized with 30,000 euros, to proceed with clearing the area, removing unsuitable and rusty scaffolding and fencing the monument. Lastly, as the monument is located on land not yet expropriated, the Ephorate of Antiquities in collaboration with the Directorate of Prehistoric and Classical Antiquities of the Ministry of Culture is preparing the expropriation file to be submitted immediately to the Central Archaeological Council for legal opinion.