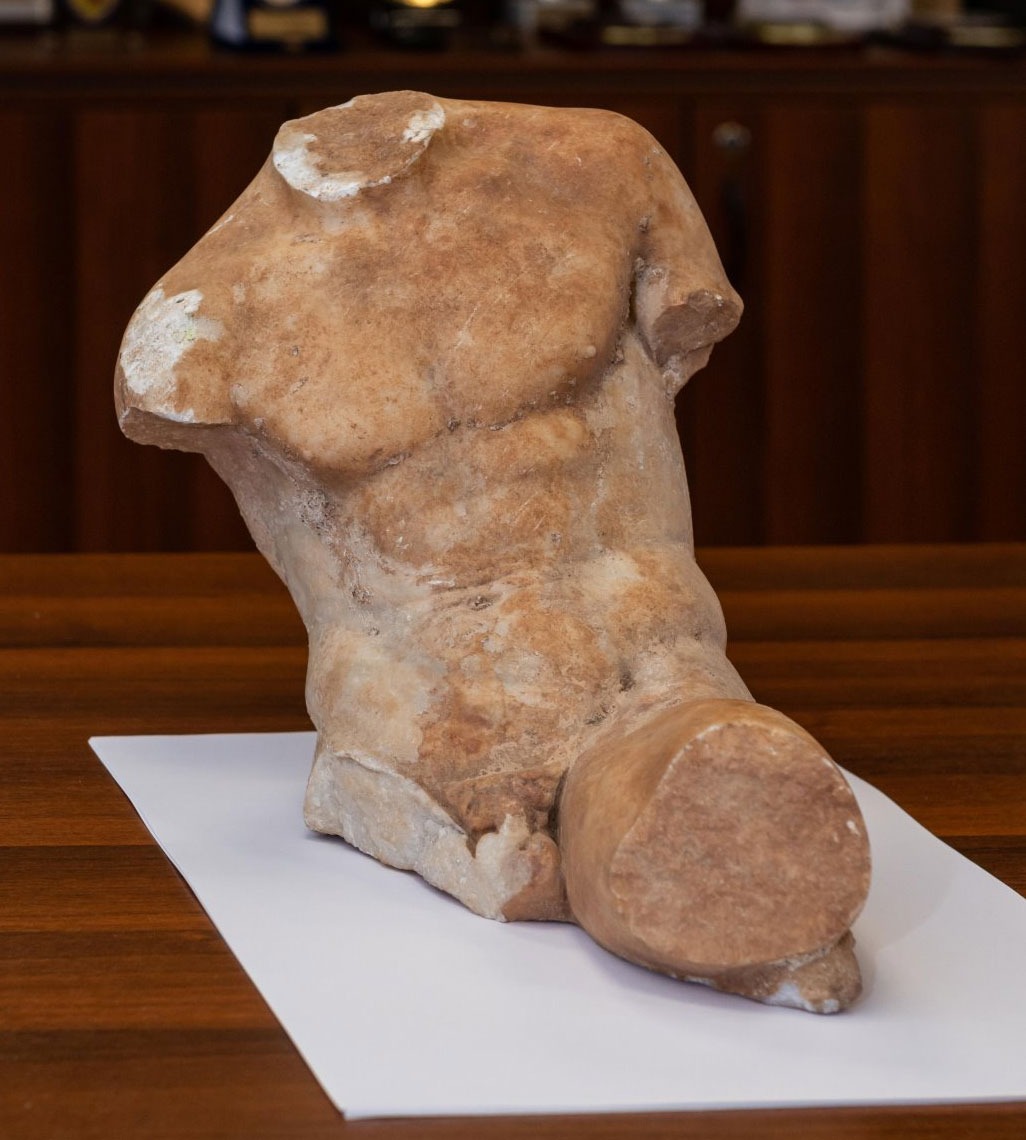 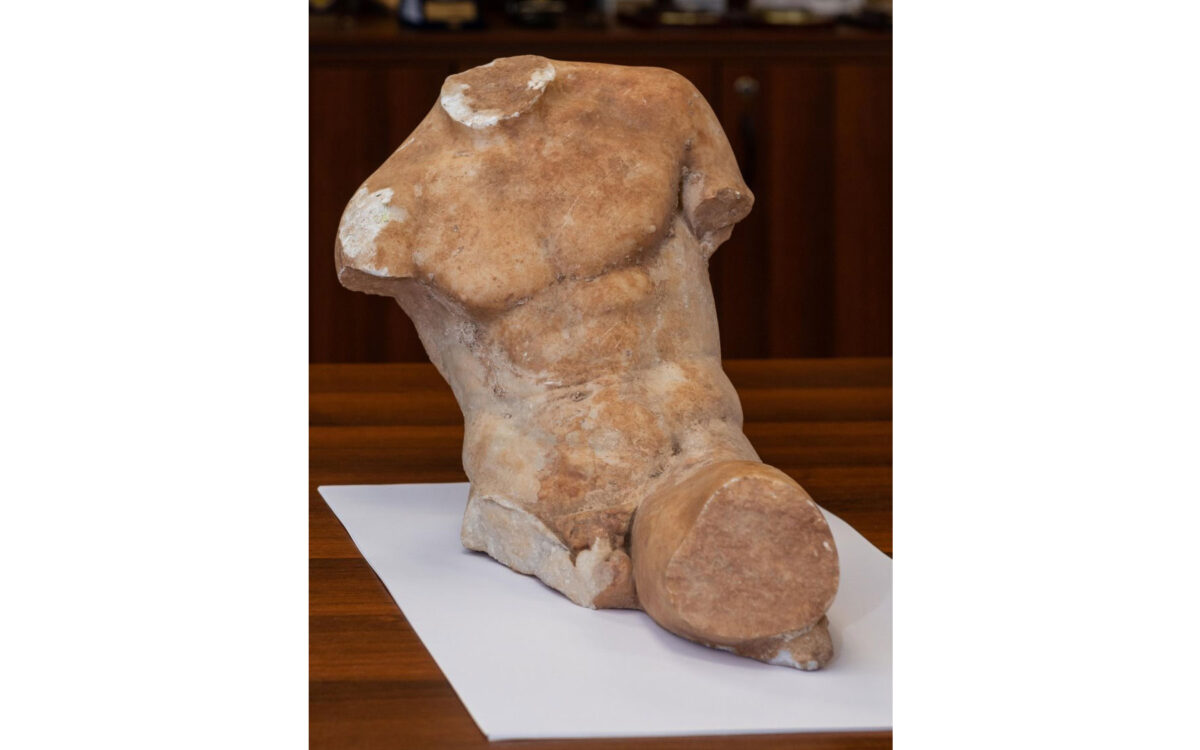 Statue of the 5th c. BC handed over to the Ministry of Culture

A man was arrested while attempting to sell it

A statue of the 5th century BC, of exceptional art and great archaeological value, was handed over by the Security Directorate of Attica to the Ministry of Culture and Sports.

The statue was handed over in a special event by Commander of the Security Directorate of Attica Lieutenant General Petros Tzeferis, to Head of the Directorate for the Documentation and Protection of Cultural Property of the Ministry of Culture and Sports, Vasiliki Papageorgiou.

“The Security Directorate of Attica is today handing over to the Ministry of Culture and Sports, an antiquity of exceptional art and great value which was located after an organized police operation lasting many months,” said Mr. Tzeferis, also pointing out that “as already documented by your Service, this is a headless marble statue of a seated male figure, a young man, about thirty-seven centimeters high. Its location was the subject of a specialized investigation by the Department of Cultural Heritage and Antiquities of the Attica Security Directorate, known for its long and excellent cooperation with the Directorate for Documentation and Protection of Cultural Property”.

On her part, the Head of the Directorate for Documentation and Protection of Cultural Property noted: “We know very well during all these years we have been working closely together, how difficult and multifaceted this battle is, as well as being aware that cooperation is the key to any success. Today’s handing over of the statue can be added to a long list of successes of your Service’s Department of Cultural Heritage and we believe that we are sending out a clear message to anyone who is still trying to seize the cultural heritage of our country”.

It should be noted that on Wednesday, March 17, in a part of Corinth, a man was arrested in possession of the ancient moveable monument, looking to sell it to potential buyers for 100,000 euros.

A criminal case was filed against him and he was taken to the prosecutor’s office, while the investigation  is ongoing.