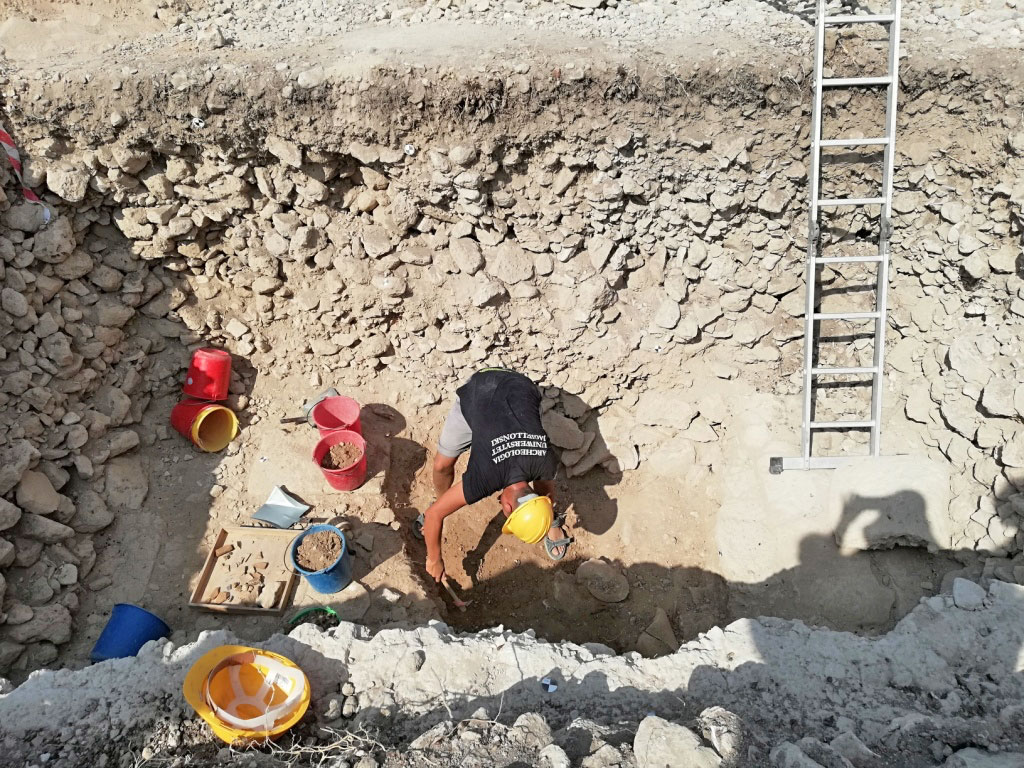 By the Universities of Warsaw and Krakow

The Department of Antiquities, Ministry of Transport, Communications and Works has announced the completion of the 2020 excavations of the jointed polish expedition of the Centre of Mediterranean Archaeology of the University of Warsaw and the Jagiellonian University in Kraków.

In September 2019, the two Polish archaeological expeditions in Paphos, (University of Warsaw and Jagiellonian University in Kraków), were combined under the supervision of prof. Ewdoksia Papuci-Władyka. Both institutions formed a consortium with the Faculty of Geodesy and Cartography of the Warsaw University of Technology. The consortium received an OPUS 18 grant from the National Science Center (NCN) for research in Paphos, entitled: MA-P Maloutena and Agora in the layout of Paphos: modelling the cityscape of the Hellenistic and Roman Capital of Cyprus.

During 2020, despite the difficult epidemiological situation, the first MA-P research campaign was successfully implemented between October 1st and November 1st 2020. The interdisciplinary MA-P research team is composed of representatives of fields such as archaeology, geophysics, architecture and specialists in remote sensing research, procedural modelling and spatial analysis. The team will reconstruct the layout of streets and buildings functioning in ​​ancient Nea Paphos in different historical periods. Particular emphasis is placed on the residential area of ​​Maloutena and the central part of the city, the Agora area. The result of the integrated research results will be the reconstruction of the city landscape and buildings in the form of 3D models. The obtained 3D reconstructions will be then subjected to spatial analyses in order to establish the relationship between the layout of buildings and streets and the functioning of the city in terms of visibility, population flow, potential number of inhabitants, etc. The project implements an innovative methodology for Cyprus, which has been successfully used, however, in only a few archaeological sites in the Mediterranean basin so far (e.g. Pompeii, Carnuntum).

In 2020, the focus was on verifying some key points in the city’s street layout. First, to confirm  some central parts of the road network of the ancient city and date the formation of these communication routes. Second, research close to the Agora continued to verify the results of geophysical prospection in the Southern Portico and the adjacent road network of the ancient city.

At the same time, the last period of the Research Program Pafos Agora Project (PAP) was carried out, which was funded by the Polish interdisciplinary program MAESTRO. This program, which was completed in 2020, studied since 2015 the commercial and other economic infrastructures of ancient Paphos. The results of the research are under study and already a large part of the archaeological material has been published in the volume: ‘Paphos Agora Project (PAP) vol. 1. Interdisciplinary Research of the Jagiellonian University in Nea Paphos UNESCO World Heritage Site (2011-2015): First Results’, edited by E. Papuci-Wladyka. Krakow: Historia Iagellonica.

As part of the promotional activities, a modest celebration of 55 years of Polish archaeological activity at the University of Warsaw and the Jagiellonian University in Paphos was organised in cooperation with the Department of Antiquities of Cyprus and the Embassy of the Republic of Poland in Nicosia, with the participation of the Minister of Communication, Transport and Public Works, Yanis Karousos.