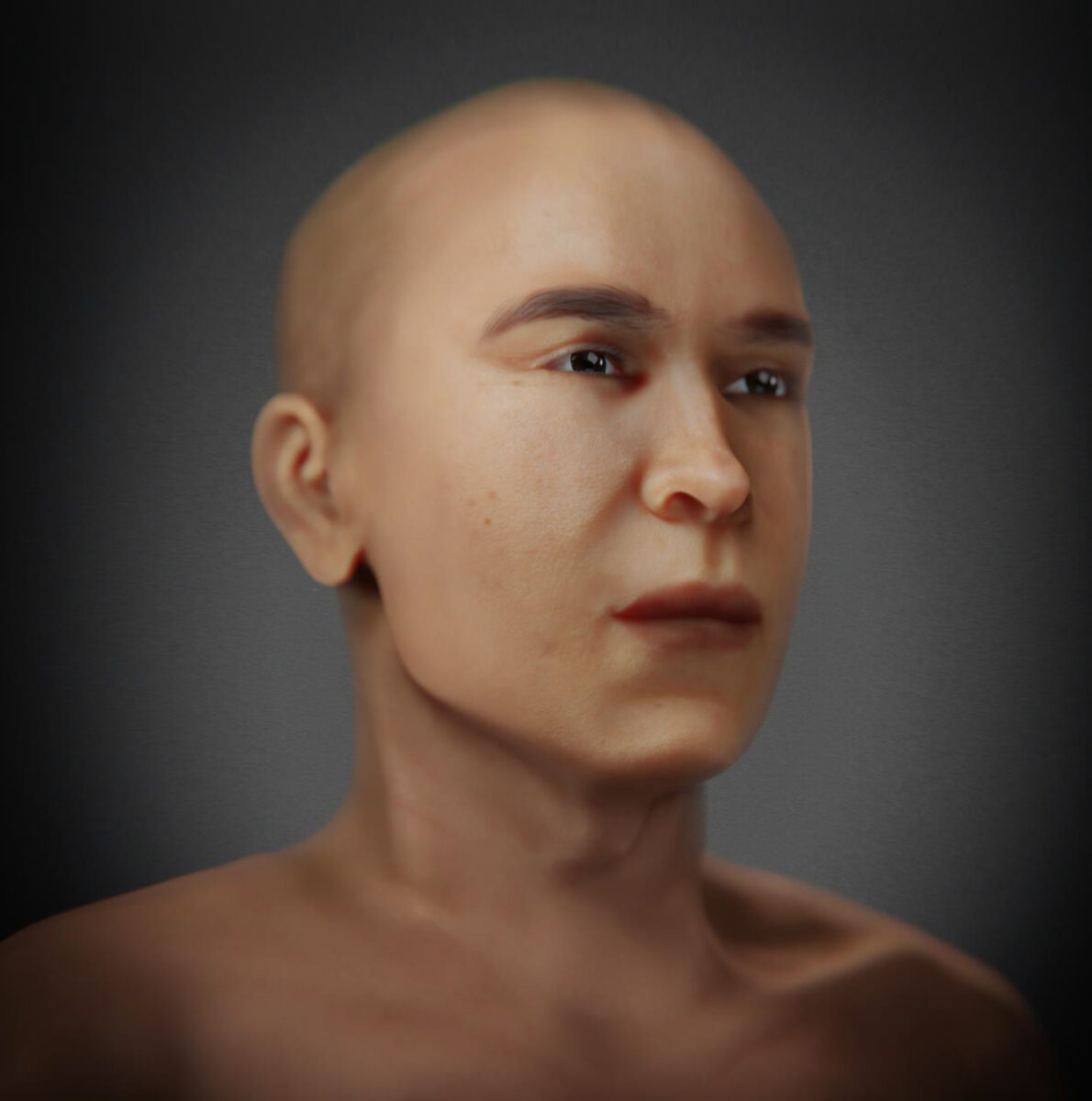 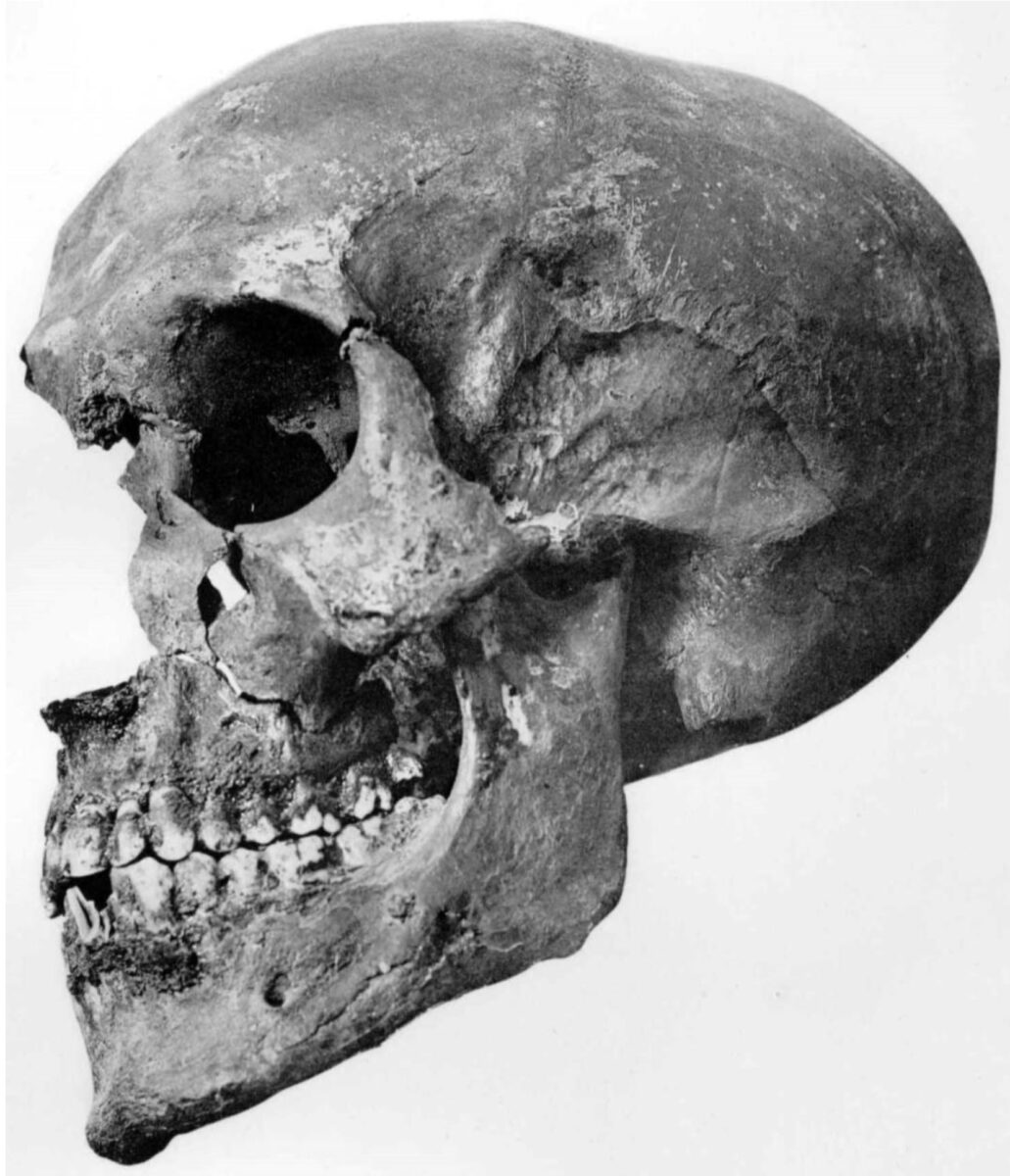 The face of Akhenaten?

Could that be the face of Akhenaten, the Pharaoh credited for changing ancient Egyptian civilization by a short-lived artistic and cultural revolution?

According to a newly published media report, scientists at the FAPAB Research Center (Sicily, Italy), have spent the last few months creating a novel facial reconstruction of the mysterious mummy, now skeletonized, from tomb KV 55 in the Valley of the Kings (Cairo Inv. CG 61075), which had been identified -at least according to some- with the revolutionary Pharaoh.

The new facial reconstruction was created within a project under the direction of the FAPAB Director Francesco M. Galassi (physician and palaeopathologist) and Egyptological studies coordinator Michael E. Habicht (Egyptologist and mummy specialist). The study was based on data previously collected by the Brazilian expert Cicero Moraes. In the past, Mr. Moraes collaborated with the FAPAB R.C. for the reconstruction of the face of a Greek skull attributed to Sophocles since the 19th century and another one, identified with the 18th dynasty princess Baqt.

To achieve this result, the team, also including forensic anthropologist and FAPAB Deputy Director Elena Varotto, reanalyzed the published literature on the skeleton on KV 55 and a vast body of photographs and video clips to attain as many anatomical details as possible and applied the methods
used in current forensic facial reconstructions.

Why is this important?

Mummy KV 55 (Cairo CG 61075) was found in 1907 and has triggered an ongoing research controversy ever since. The problem lies in its anthropological age at death and the resulting identification.
• The morphology already suggested a close relationship with Tutankhamun. Genetic testing has determined mummy KV 55 to be the genetic father of Tutankhamun, although in 2010 some of these genetic results were criticized by palaeomolecular experts.
• Historical and Egyptological research has attributed this skeleton to the heretic Pharaoh Akhenaten, the first monarch to develop monotheism, which was also a political move in order to strip the powerful priestly ‘caste’ of its control over the land of the Nile. His revolution was short-lived, though, and the previous order was reinstated.
• Anthropological research in some cases has raised problems as to the attribution, in that the skeleton belongs to an individual around in his early 20s, which could constitute a chronological problem with the alleged age at death of Akhenaten (about 40 years of age). It should be noted, nonetheless, that the historical evidence on the duration of Akhenaten’s reign and life is highly fragmentary, and several, often conflicting, theories exist.
• This facial reconstruction brings back to life, in a metaphorical way, one of the most controversial and important mummies in the history of the world, potentially attributable to Akhenaten himself, although further confirmation of this identification could be wanted.
• After this initial media report on this facial reconstruction, the team will finalize the publication of a full-length anthropological study to be submitted to a respected peer-reviewed international journal for consideration.