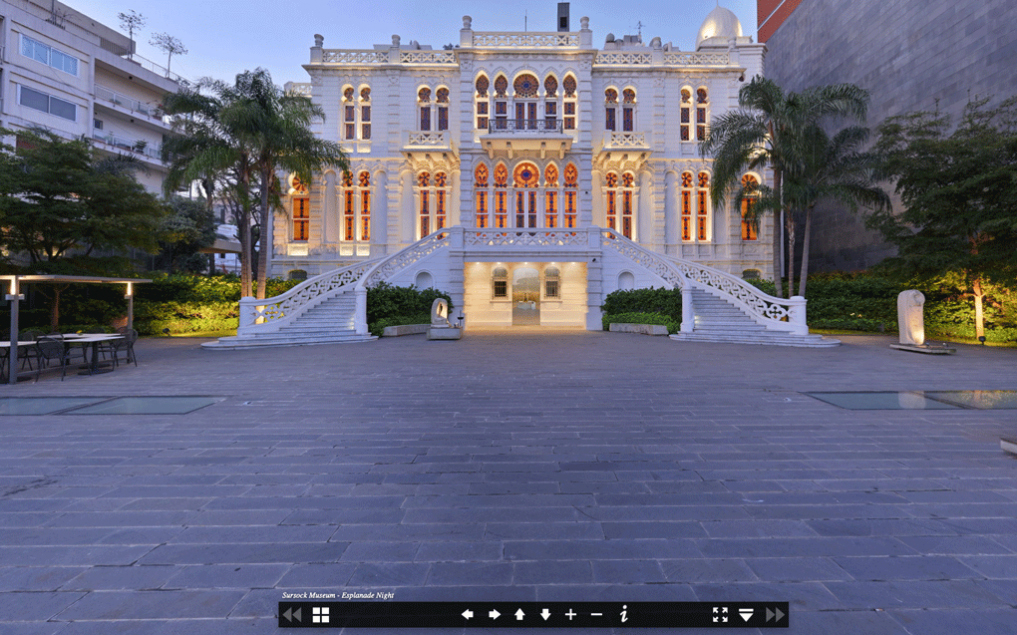 A wounded museum’s cry for help

The Sursock Museum in Beirut

An early 20th century magnificent mansion, which integrates Venetian and Ottoman elements, typical in Lebanon at the turn of the century. This was the former residence of Nicolas Sursock, art collector and a prominent member of the Sursock family, one of the old aristocratic families of Beirut. Sursock left his mansion to the citizens of Lebanon and his rich collection of major Lebanese artists’ works, spanning from the end of 1800 until the early 2000s. This is how the Nicolas Ibrahim Sursock Museum was born, a modern art museum in the centre of the city, which opened its doors in 1961.

As its permanent collection is closely linked to the history of the “Salon d’Automne”, which was held regularly following the Museum’s opening, tracing the evolution of fine arts in Lebanon throughout the years. Major Lebanese artists featured in the Salon in the 1960s include Shafic Abboud, Yvette Achkar, Etel Adnan, Michel Basbous, Saloua Raouda Choucair, Paul Guiragossian, Elie Kanaan, Aref el Rayess, and Adel Saghir. After a major renovation project, which lasted for five years and was completed in 2015, the museum has recently seen its heyday.

And then, all of the sudden, all of this was literally blown sky-high. The double explosion, which destroyed part of the Lebanese capital last August has caused major damages to the building. The museum is situated a mere 800 meters from the port, the epicenter of the explosion. The building’s windows – including the facade’s signature stained glass – were shattered. Most of the building’s structural elements turned into rubble. Parts of the drop ceilings collapsed; and all wooden and fire-proof metallic doors were dislodged and broken throughout the building. In addition, the Museum’s recently built constructional components, including the elevators and service car-lift that were added as part of the 2008-2015 expansion and renovation project, were destroyed. 57 artworks – out of a total of 130 exhibited works – sustained various degrees of damage. Most notably, Nicolas Sursock’s portrait – painted by Kees van Dongen in 1930, and considered to be one of the collection’s most valued artworks – was badly ripped.

In order to heal its wounds, the museum has launched a fundraising campaign for the reconstruction. Having already raised a total of 1,503,497.05 USD, the museum has many supporters, especially in France, which has initiated “alliance of solidarity”. A few days ago, the French ambassador in Lebanon, Anne Grillo an agreement between the museum and the French ministry of culture to finance the repair of the windows and the first-floor interior, including the wood-lined Arab salon. The grant from the French culture ministry will be €500,000. The Lebanese stained-glass artist Maya Husseini will recreate the red, blue and yellow Sursock windows, which were painstakingly restored in 2015.

The reconstruction works needed to restore the Museum to its original state are estimated at 3 million USD.

View the virtual tour of the Sursock Museum here.