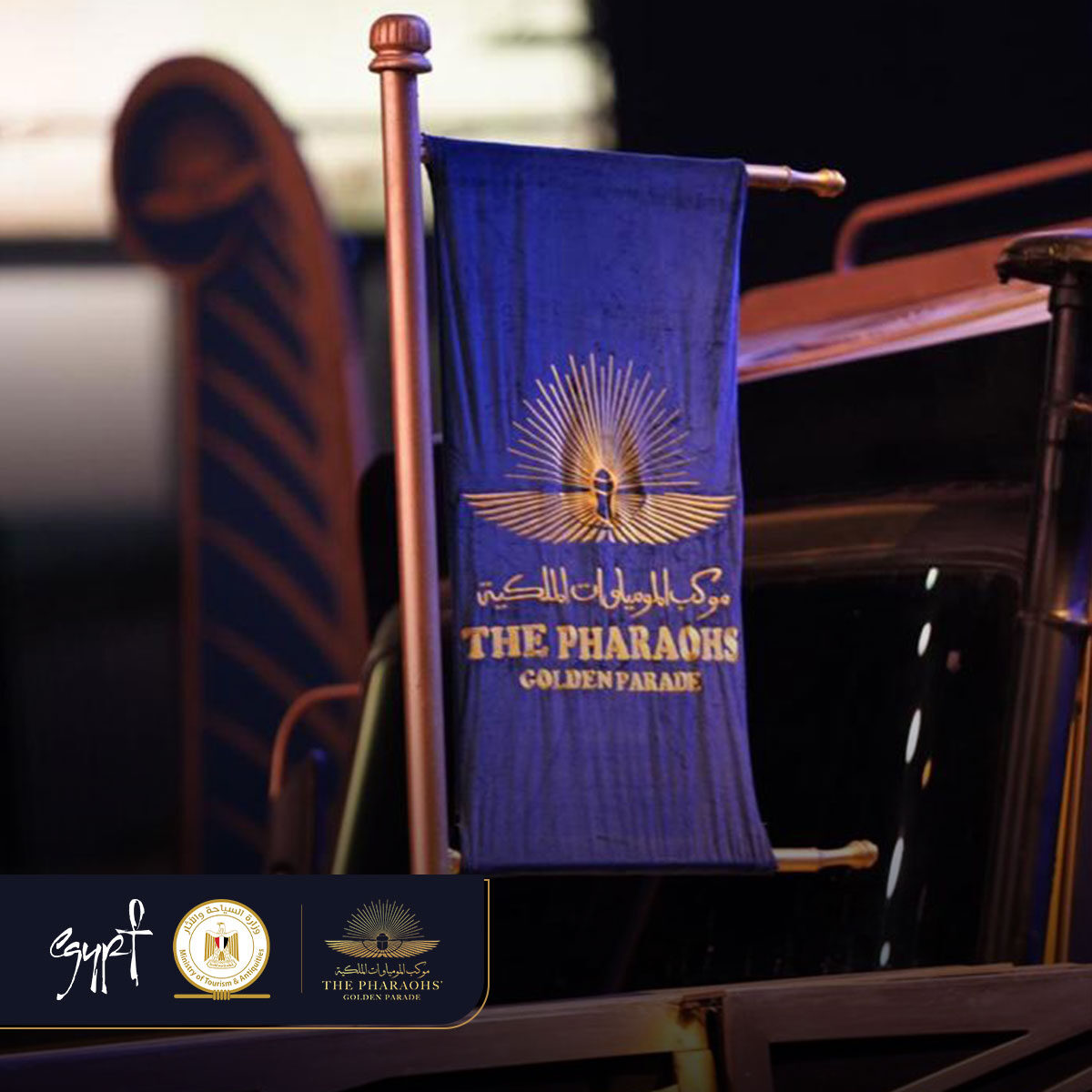 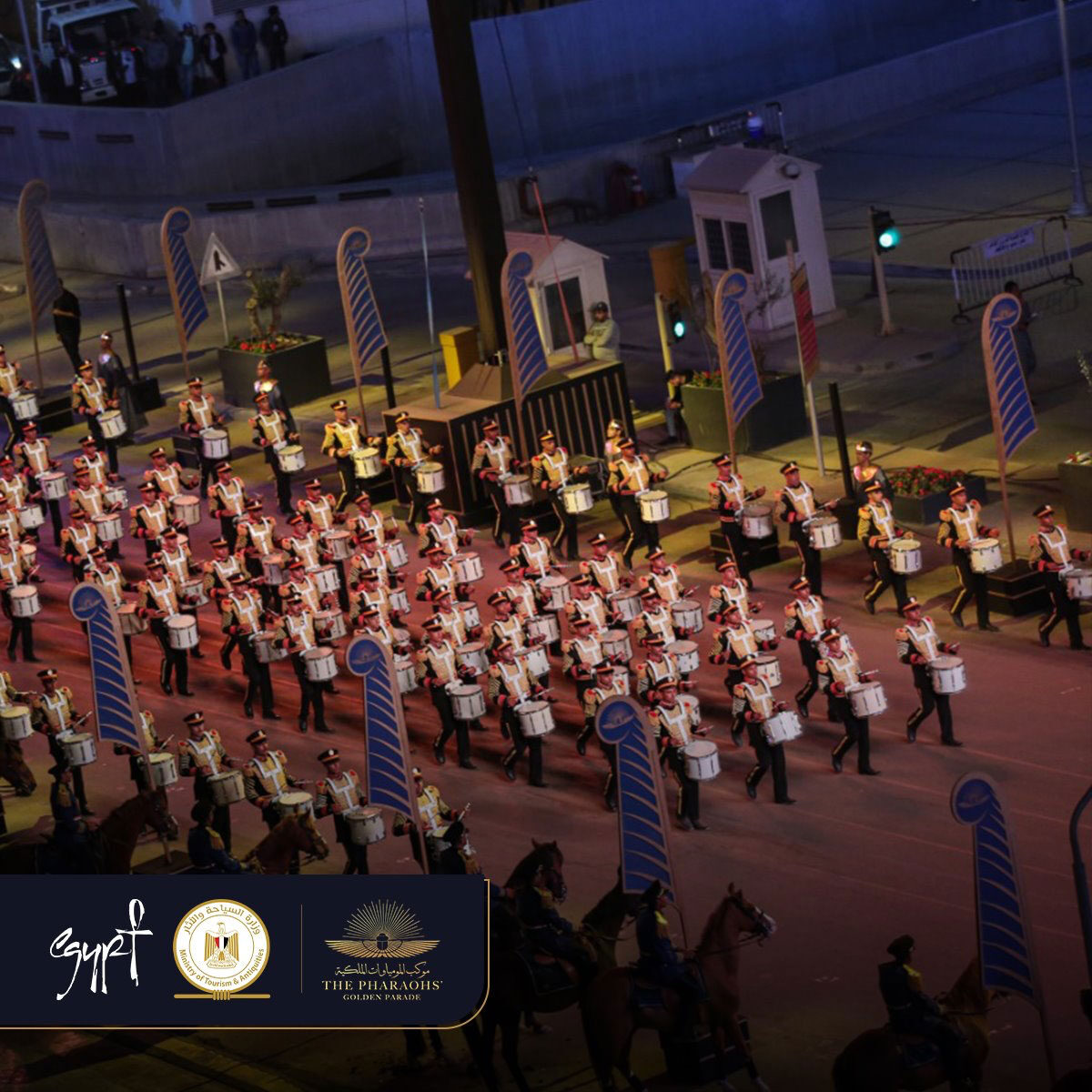 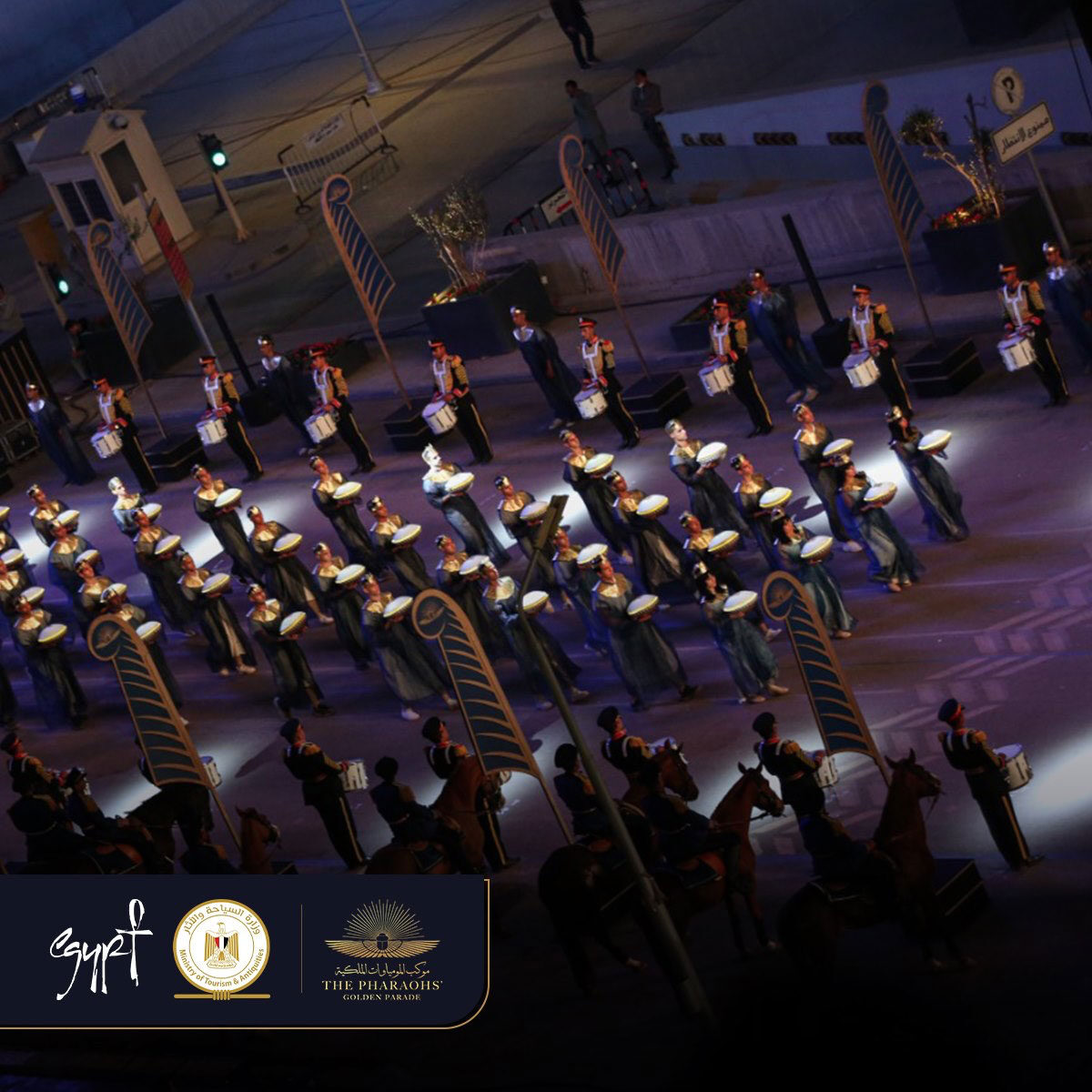 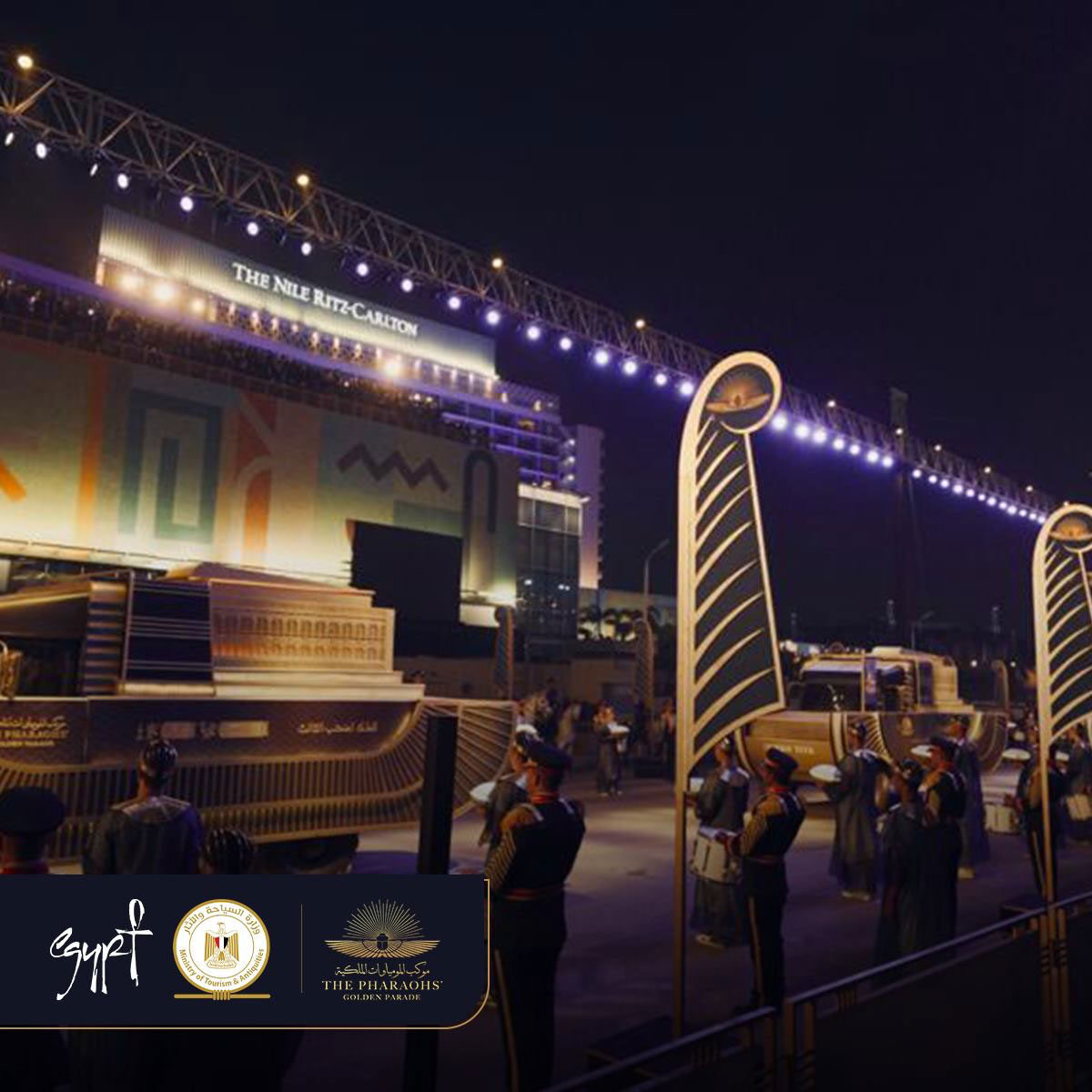 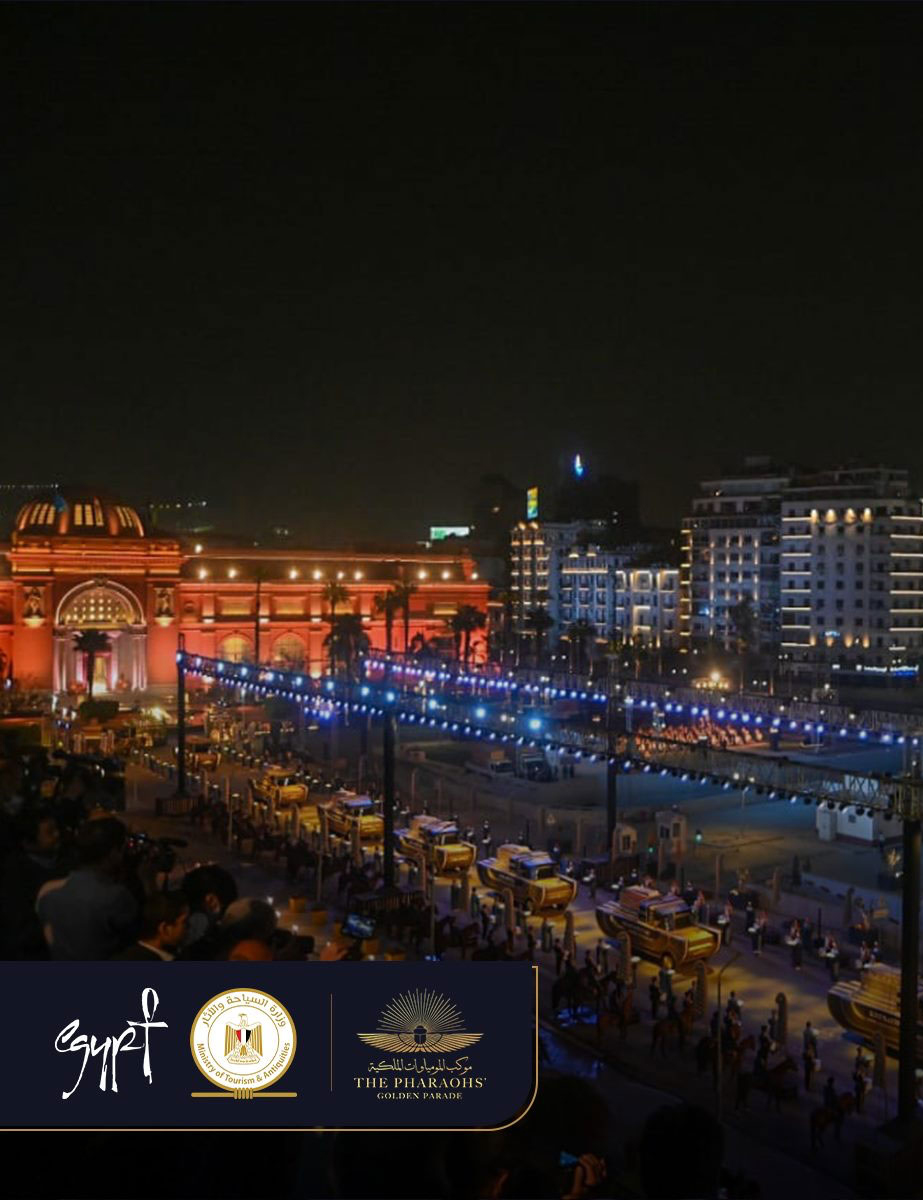 The Pharaohs’ Golden Parade in Cairo

An event of great symbolic significance for Egypt

The Pharaohs’ Golden Parade took place in Cairo on Saturday, April 3, in an atmosphere of grandeur and emotion. The event saw the transfer of the mummies of some of Egypt’s most important royals, from the Egyptian Museum in Cairo (Tahrir Square) where they were kept until today, to the new National Museum of Egyptian Culture in the suburb of Fustat.

It was an event of great symbolic significance for Egypt which, in a difficult period and after a decade of recession, has decided to “look to the future”, starting with giving its ancestors the honors they deserve. The procession was led, for chronological and honorary reasons, by the vehicle carrying the body of Seqenrere Tao II, a pharaoh of the 17th Dynasty who was killed during the war for the liberation of Egypt from its ancient conquerors, the Hyksos. The heroic king was followed by emblematic figures in Egyptian and world history such as Hatshepsut, the most important female pharaoh, Tuthmosis III, who turned Egypt into an empire, and Ramses II, the proponent of the first international peace treaty.

The twenty-two mummies – eighteen kings and four queens – crossed a five-kilometer route accompanied by impressive musical and acting performances where the ancient Egyptian semiology was both strong and perfectly applied. The mummies were transported in safety conditions: the bodies were placed in nitrogen capsules in order to be protected by external environmental factors and the vehicles carrying them were specially designed featuring shock absorbers. On the exterior, the vehicles were decorated with the emblematic motifs of the wings of Nehbet, patron goddess of Upper Egypt, and marked with the name of each ruler – “causing their name to live”, as the ancient Egyptians would say. Central to the whole event was the ostrich feather, the symbol of Maat, goddess of the cosmic order and measure – a primary principle in the ancient Egyptian worldview.

Due to the pandemic, audience attendance was limited and the event was well organized to be better perceived from a distance (TV, video broadcasting). A large part of it featured screenings presenting the monuments and history of Egypt, starring leading members of the country’s art scene. The country’s authorities and their official guests, including UNESCO Director-General Audrey Azoulay and the Ministers of Greece and Saudi Arabia, attended from a hall at the National Museum of Egyptian Civilization, where they later welcomed the royal mummies with a full honors ceremony. A pleasant surprise for the audience was the Museum live tour given to President Abdel Fattah al-Sisi by the Minister of Tourism and Antiquities Khaled El Enani, as it gave us all the opportunity to get to know the new “house” of the pharaohs and its exhibits.

This move is not the first for the royal mummies, which have survived following a series of events highlighting various approaches to memory, identity, and heritage shared by those who passed through the country over the centuries. However, monumentality and visibility characterizing this move through the state-sponsored Parade, show Egypt’s intention to institutionally honor its Pharaonic past, highlighting it as a defining element of its identity.

NOTES
1. Ministry of Tourism and Antquities of Egypt