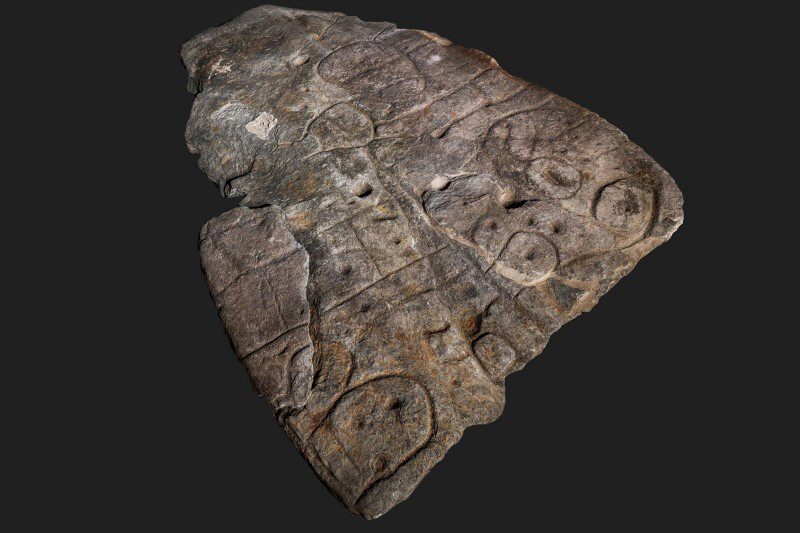 The oldest 3D map in Europe

Researchers are trying to shed light to the mystery of an engraved slab found in 1900 in Brittany, France. They claim that this stone object is probably the oldest 3D map in Europe.

The 5 ft by 6.5 ft slab, dated to the early Bronze Age (between 1900 and 1650 BC), was first uncovered during excavations at a prehistoric cemetery in Finistère, western Brittany, by archaeologist Paul du Châtellier.

The slab apparently had been forgotten for over a century, being stored away for decades in the basement of the archaeologists residence, the Château de Kernuz, until 2014, when it was found again in the dusty cellar.

Archaeologists have studied the engraved patterns on this 4,000-year-old rock and came to the conclusion that the signs indicate a map of a western Brittany area.

The “presence of repeated motifs linked by lines” on the obejct’s surface suggest that the “map” depicts part of  Finistère, according to the Bulletin de la Société Préhistorique Française.

Researchers say that the indentations are a three-dimensional representation of the River Odet valley, while several lines seem to represent the tributaries of the river.

The map shows an 80% accuracy to an 18-mile-long riverside zone.

Dr Clément Nicolas from Bournemouth University said that this is probably the oldest cartographical representation of a known territory in Europe. Although there are many maps engraved in stone around the world, this map is unique as it depicts an area on a specific scale.

The map shows that past societies had cartographical knowledge.