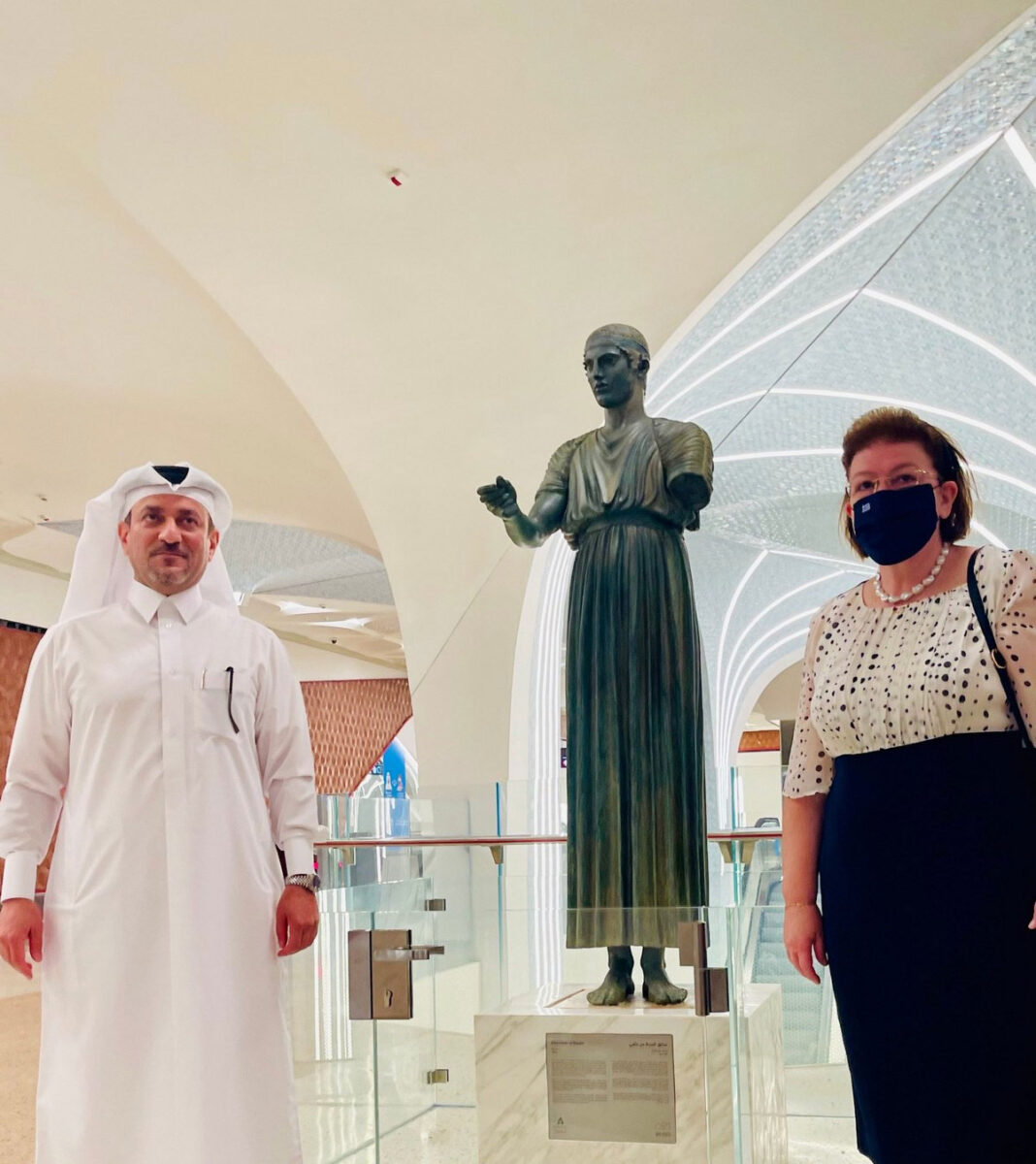 Heniokhos at the International airport of Doha

It is an exact replica of the statue

The exact replica of Heniokhos, the Charioteer of Delphi, one of the most famous statues of classical sculpture, now adorns the central metro station at the  International Airport at Doha, Qatar.

The official opening ceremony for the exhibition of the replica of the Charioteer, a gift from the Greek Government to Qatar, took place last Monday. The unveiling of the statue was made by Minister of Culture and Sports Lina Mendoni, during her official visit to Qatar, and by Director General of the Qatar Museums Authority, Ahmad Al-Namla.

Lina Mendoni referred to the story of the Charioteer, his discovery in 1896 —the year of the organization of the first modern Olympic Games in Athens—, his special features, the emotions that are reflected on his face, the fact that he is one of the rare statues whose eyes have survived made of semi-precious stone and glass, facts that make the Charioteer the most famous among offerings to Apollo of Delphi. As the Minister stated: “Many centuries later, the Heniokhos becomes an ambassador of the friendship between Greece and Qatar. I cannot think of a better place for exhibiting the copy of the Charioteer than the state-of-the-art metro station at Doha Airport. Qatar is moving fast ahead, while showing respect and honour for its cultural heritage. In this spirit, we have chosen to offer the statue of the Charioteer to the people of Qatar in a symbolic gesture, at a time that marks an overall strengthening and cementing of relations between the two countries that goes beyond the field of culture and sports”.