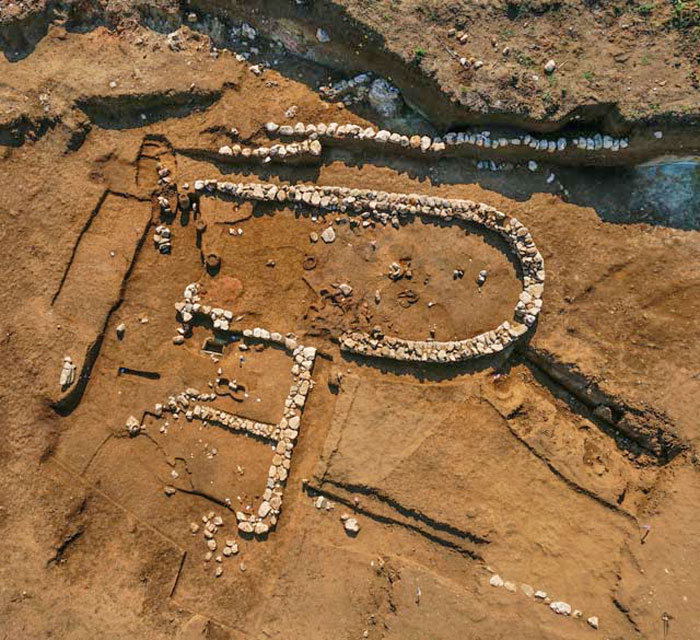 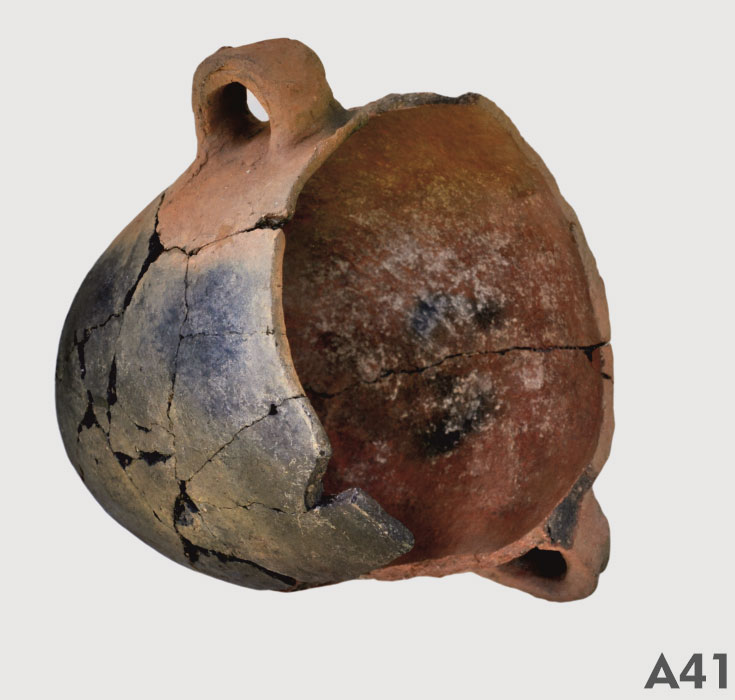 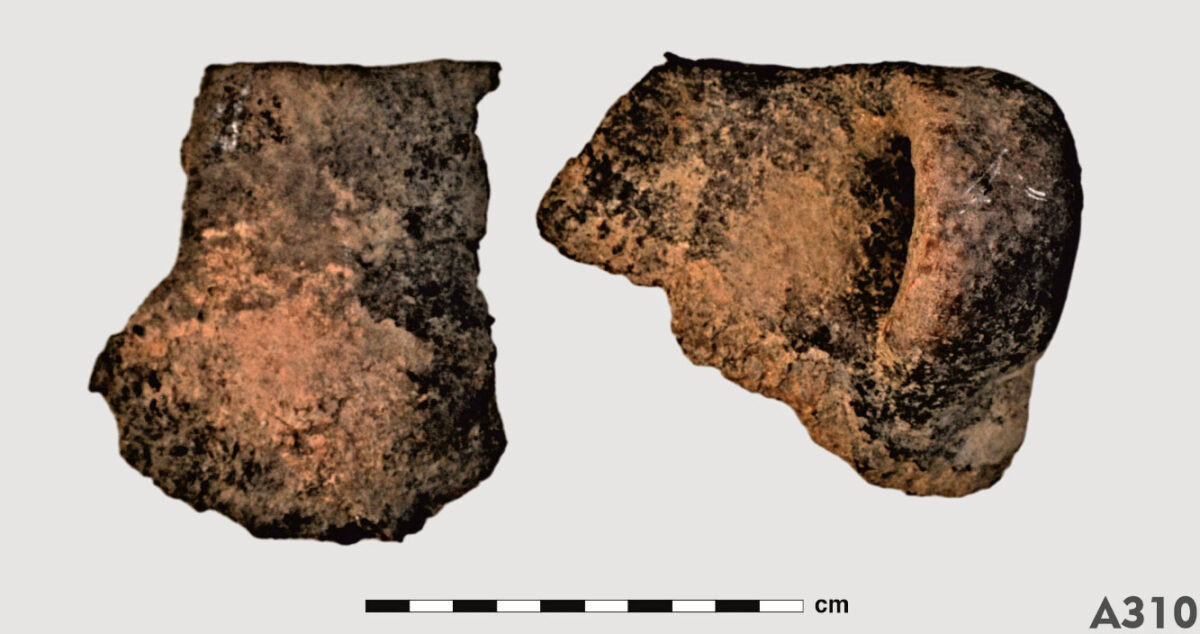 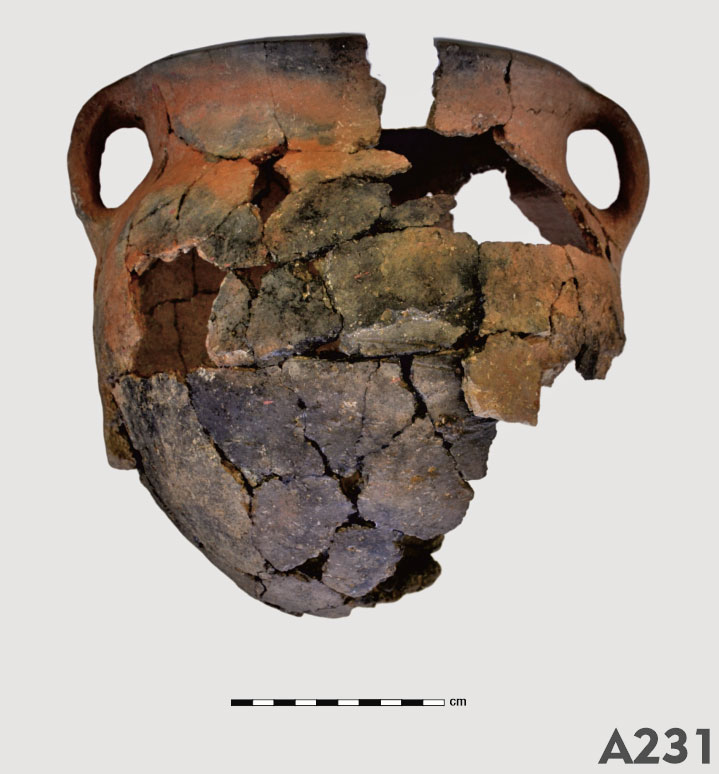 Cooking in the shadow of Mount Olympus

An interdisciplinary study of cooking vessels from the Mycenaean era

Kitchen utensils with features from Thessaly, Macedonia, the Balkans, but also Mycenaean ones found in excavations made in the Olympus region, highlight the multiculturalism of the area and the blending of traditions from north and south, in a fusion cuisine, as it has been called in recent years.

“Cooking in the shadow of Olympus: an interdisciplinary study of cooking vessels from the Mycenaean era”, a study by A. Dimoula, S. Koulidou, Z. Tsirtsoni, E. Standall, C. Heron, O. Craig, S.-M. Valamoti, is to be presented at the 33rd Archaeological Conference on the excavations in Macedonia and Thrace on April 22-24, 2021. It will show findings from the analyses of cooking vessels from four sites in the Olympus region, dating to the Late (1350-1100 BC), but also the Middle Bronze Age.

The main site is Rema Xydias, the other three being Pigi Artemidos, Tribina and Valtos in Leptokarya. These spots are situated between Leptokarya and Platamonas; locations of today. The region was – and remains – the strategic pass connecting Macedonia with Thessaly.

“Due to its location, this region has very strong Mycenaean elements. We know this mainly from the tombs, but also from the residential complexes that were found. We decided to study the cooking vessels of the area because these reveal identity. Cooking utensils are usually conservative; people do not change them easily. For example, they will keep utensils familiar to them knowing they are effective in their use. We wanted to investigate the relationship with the Mycenaean world through cooking utensils”, archaeologist and member of the scientific team Anastasia Dimoula explains to the Athens and Macedonia News Agency.

Clay analyses were also conducted as part of the study to discover the origin and technological features of the vessels, as well as analyses of organic residues to find surviving carbonized foods inside the vessels.

Pork and vegetables, the main dish of the era

The main food in the Olympus region in the period between 1350 BC-1100 B.C. seems to have been meat; specifically pork and vegetables. This was shown by the analyses of organic residues conducted by the team in collaboration with the University of York in Great Britain. “In most of the pots we analysed, the main dish turned out to be pork and vegetables; a kind of stew. They also cooked seafood, being near the sea and they boiled milk”, notes Ms. Dimoula.

A blending of traditions

The analysis of the cooking utensils highlights the multiculturalism of the region at that time. There are utensils common to northern areas along with utensils found in the south.

Specifically, three types of cooking utensils have been found in the area: local pots, braziers – vessels that have a built-in base and operate autonomously – and tripods. The braziers are located in Macedonia and the Balkans. “This area is one of the southernmost spots they turn up in. It seems that people who lived there had very close relations with other regions of Macedonia as well as the southern Balkans”, says Ms. Dimoula.

The third type of cooking utensil to be identified, the so-called tripod vessels, are primarily Mycenaean utensils. “This is a utensil from the Mycenaean era of southern Greece, very rarely found in Macedonia and only in coastal places”, she notes, emphasizing that these findings show there was a blending of traditions in this area. “There were local traditions, but it seems that there were also close relations with both the North and the South,” says Ms. Dimoula. “This can be explained by the region’s strategic position regarding transportation and trade. It has even been suggested – also based on the investigated cemeteries – that there were groups controlling this pass”. Clay analyses showed that basically the raw materials were from the region, but in some vessels it seems they, the materials, were imported from Thessaly, which was close to the Mycenaean sphere.

The study of cooking vessels in the Olympus region was part of a major European research programme of ERC PlantCult (http://plantcult.web.auth.gr). It was led by professor of the Department of Archaeology of the Aristotle University of Thessaloniki Sultana Maria Valamoti, with the Aristotle University of Thessaloniki and the laboratories of PLANTCULT KEDEK and EDAE as implementing bodies. The excavations were carried out by the Ephorate of Antiquities of Pieria headed by archaeologist Sofia Koulidou, also participating in this study.