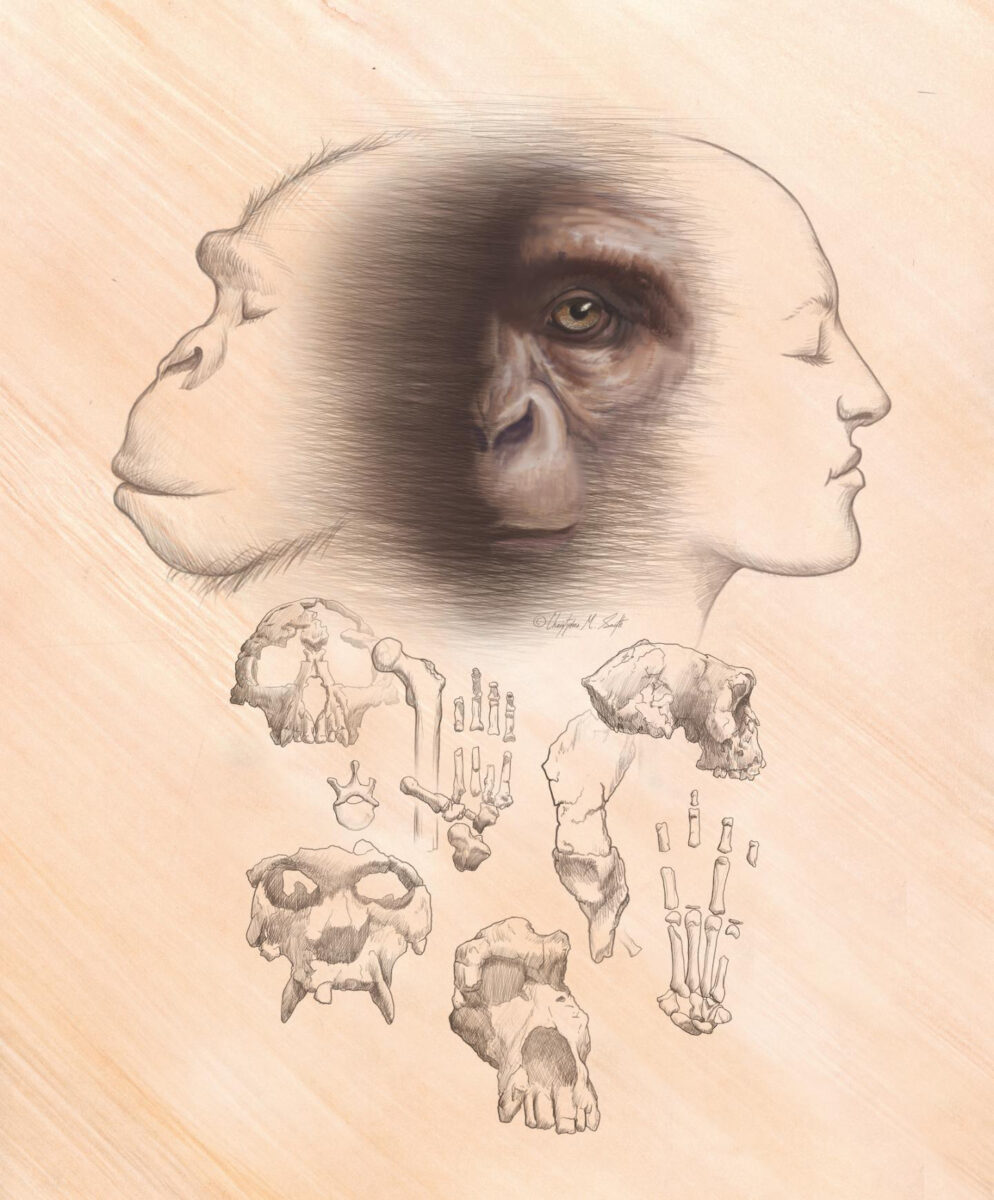 Most human origins stories are not compatible with known fossils

In the 150 years since Charles Darwin speculated that humans originated in Africa, the number of species in the human family tree has exploded, but so has the level of dispute concerning early human evolution. Fossil apes are often at the center of the debate, with some scientists dismissing their importance to the origins of the human lineage (the “hominins”), and others conferring them starring evolutionary roles. A new review out on May 7 in the journal Science looks at the major discoveries in hominin origins since Darwin’s works and argues that fossil apes can inform us about essential aspects of ape and human evolution, including the nature of our last common ancestor.

Humans diverged from apes—specifically, the chimpanzee lineage—at some point between about 9.3 million and 6.5 million years ago, towards the end of the Miocene epoch. To understand hominin origins, paleoanthropologists aim to reconstruct the physical characteristics, behavior, and environment of the last common ancestor of humans and chimps.

“When you look at the narrative for hominin origins, it’s just a big mess—there’s no consensus whatsoever,” said Sergio Almécija, a senior research scientist in the American Museum of Natural History’s Division of Anthropology and the lead author of the review. “People are working under completely different paradigms, and that’s something that I don’t see happening in other fields of science.”

There are two major approaches to resolving the human origins problem: “Top-down,” which relies on analysis of living apes, especially chimpanzees; and “bottom-up,” which puts importance on the larger tree of mostly extinct apes. For example, some scientists assume that hominins originated from a chimp-like knuckle-walking ancestor. Others argue that the human lineage originated from an ancestor more closely resembling, in some features, some of the strange Miocene apes.

In reviewing the studies surrounding these diverging approaches, Almécija and colleagues with expertise ranging from paleontology to functional morphology and phylogenetics discuss the limitations of relying exclusively on one of these opposing approaches to the hominin origins problem. “Top-down” studies sometimes ignore the reality that living apes (humans, chimpanzees, gorillas, orangutans, and hylobatids) are just the survivors of a much larger, and now mostly extinct, group. On the other hand, studies based on the “bottom-up”approach are prone to giving individual fossil apes an important evolutionary role that fits a preexisting narrative.

“In The Descent of Man in 1871, Darwin speculated that humans originated in Africa from an ancestor different from any living species. However, he remained cautious given the scarcity of fossils at the time,” Almécija said. “One hundred fifty years later, possible hominins—approaching the time of the human-chimpanzee divergence—have been found in eastern and central Africa, and some claim even in Europe. In addition, more than 50 fossil ape genera are now documented across Africa and Eurasia. However, many of these fossils show mosaic combinations of features that do not match expectations for ancient representatives of the modern ape and human lineages. As a consequence, there is no scientific consensus on the evolutionary role played by these fossil apes.”

Overall, the researchers found that most stories of human origins are not compatible with the fossils that we have today.

“Living ape species are specialized species, relicts of a much larger group of now extinct apes. When we consider all evidence—that is, both living and fossil apes and hominins—it is clear that a human evolutionary story based on the few ape species currently alive is missing much of the bigger picture,” said study co-author Ashley Hammond, an assistant curator in the Museum’s Division of Anthropology.

Kelsey Pugh, a Museum postdoctoral fellow and study co-author adds, “The unique and sometimes unexpected features and combinations of features observed among fossil apes, which often differ from those of living apes, are necessary to untangle which features hominins inherited from our ape ancestors and which are unique to our lineage.”

Living apes alone, the authors conclude, offer insufficient evidence. “Current disparate theories regarding ape and human evolution would be much more informed if, together with early hominins and living apes, Miocene apes were also included in the equation,” says Almécija. “In other words, fossil apes are essential to reconstruct the ‘starting point’ from which humans and chimpanzees evolved.”