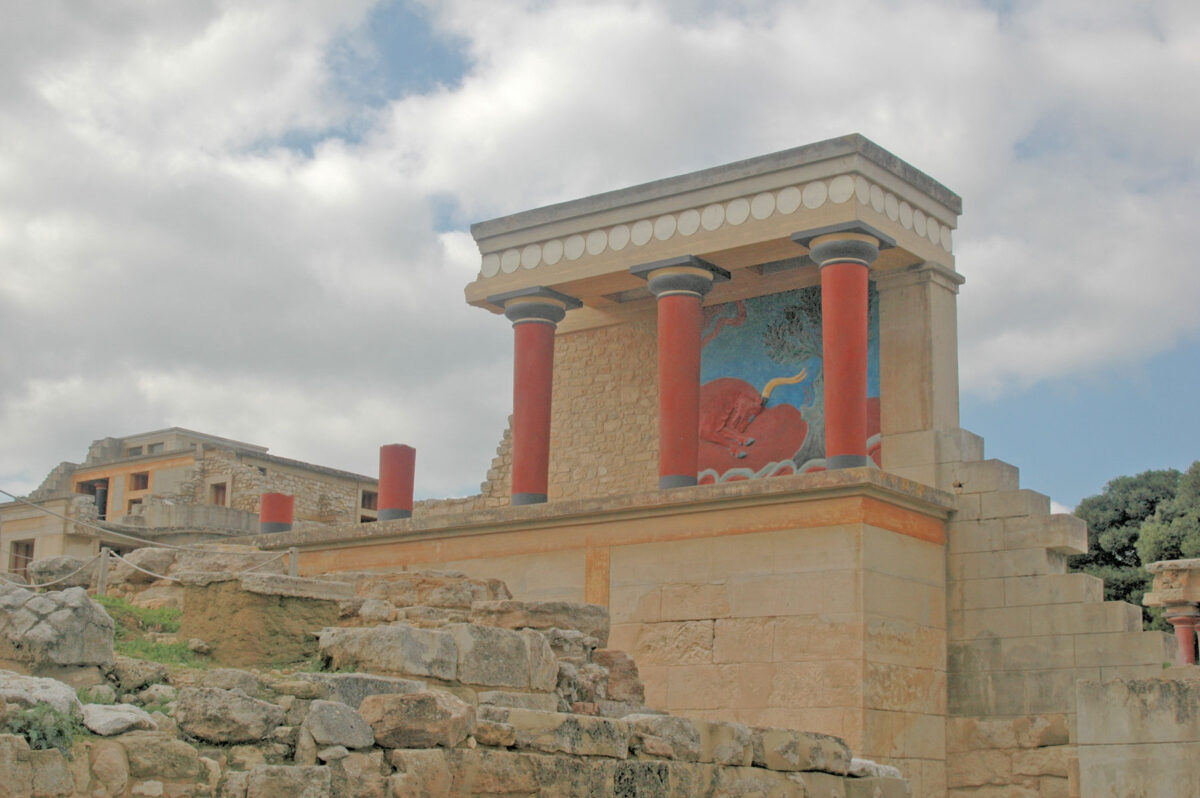 Despite their differences in burial customs, architecture and art, the Minoan civilization in Crete, the Helladic culture in mainland Greece and the Cycladic culture in the Aegean islands all had genetic similarities during the Early Bronze Age around 5,000 years ago.  This is the finding of a new international scientific study of ancient DNA analysis in the region by researchers from Greece and abroad, which sheds more light on the origin of the first important Bronze Age cultures in Europe, the role of migration and the emergence of Indo-European languages.

This is the first study to have “read” (sequenced) complete genomes from skeletons found at various archaeological sites in the Aegean and across Greece, specifically four from the Early Bronze Age and two from the Middle Bronze Age. The mitochondrial genomes of eleven Early Bronze Age individuals were also analyzed. The study of all these genomes allowed the scientists to carry out demographic and statistical analyzes and to draw conclusions about the histories of the region’s ancient populations. The decay of such old biological material made the reading of ancient DNA a very difficult task.

The researchers were headed by Professor Christina Papageorgopoulou from the Natural Anthropology Laboratory of the Department of History and Ethnology of the Democritus University of Thrace and Anna-Sappho Malaspina from the Department of Computational Biology of Lausanne University and the Swiss Institute of Bioinformatics. In their publication in the scientific journal “Cell”, they concluded that the first civilizations to build monumental palaces and urban centers in Europe were more genetically homogeneous than expected.

According to the researchers the findings are significant because they suggest that important innovations such as urban development, the extensive use of metals and intensive trade, which occurred during the transition from the Neolithic to the Bronze Age, were not only due to mass migration from the East to the Aegean, as was the prevailing perception until now, but also due to the cultural continuity of the Aegean’s Neolithic local agricultural populations. Based on palaeogenetic data, to a relatively small extent the Aegean populations of the Early Bronze Age seem to have been formed by migrations from the east.

The study also found that by the Middle Bronze Age, 4,000 to 4,600 years ago, people from the North Aegean now had significant genetic differences compared to those in the Early Bronze Age. These people had about half (50%) the common descent with people from the Ponto-Caspian Steppe, a large geographical region stretching between the Danube and Ural rivers and north of the Black Sea.

Furthermore, based on genetic findings, today’s Greeks are genetically quite similar to those populations of the North Aegean in 2000 B.C. The study estimates that Greece of today was formed by the migratory waves from the great steppe north of the Aegean.The researchers believe that all these possible migratory waves preceded the emergence of the earliest form of the Greek language, thus supporting theories regarding the latter and the evolution of Indo-European languages either in Anatolia or the Pontus-Caspian steppe .

The Bronze Age in Eurasia was marked by decisive changes on a social, political and economic level, visible in the appearance of the first large urban centers and palaces, which laid the foundations for the economic and political systems of the time. Despite however the importance of understanding the emergence of these early European civilizations and the spread of Indo-European languages, the genetic origins of the peoples behind this pivotal transition from the Neolithic to the Bronze Age and their part in forming today’s Greek population still remain controversial issues, according to the researchers.

Further studies of the analysis of integrated genomes between the Mesolithic and the Bronze Age in the regions of Armenia and the Caucasus are hoped to shed more light on the origin of migrations to the Aegean and the better “coupling” of palaeogenetic data with that of archaeology and linguistics.

Also participating in the new study were many Greek researchers from the Antiquities Ephorates of Kozani and Florina, as well as from the Democritus, Aristotle and Aegean Universities.