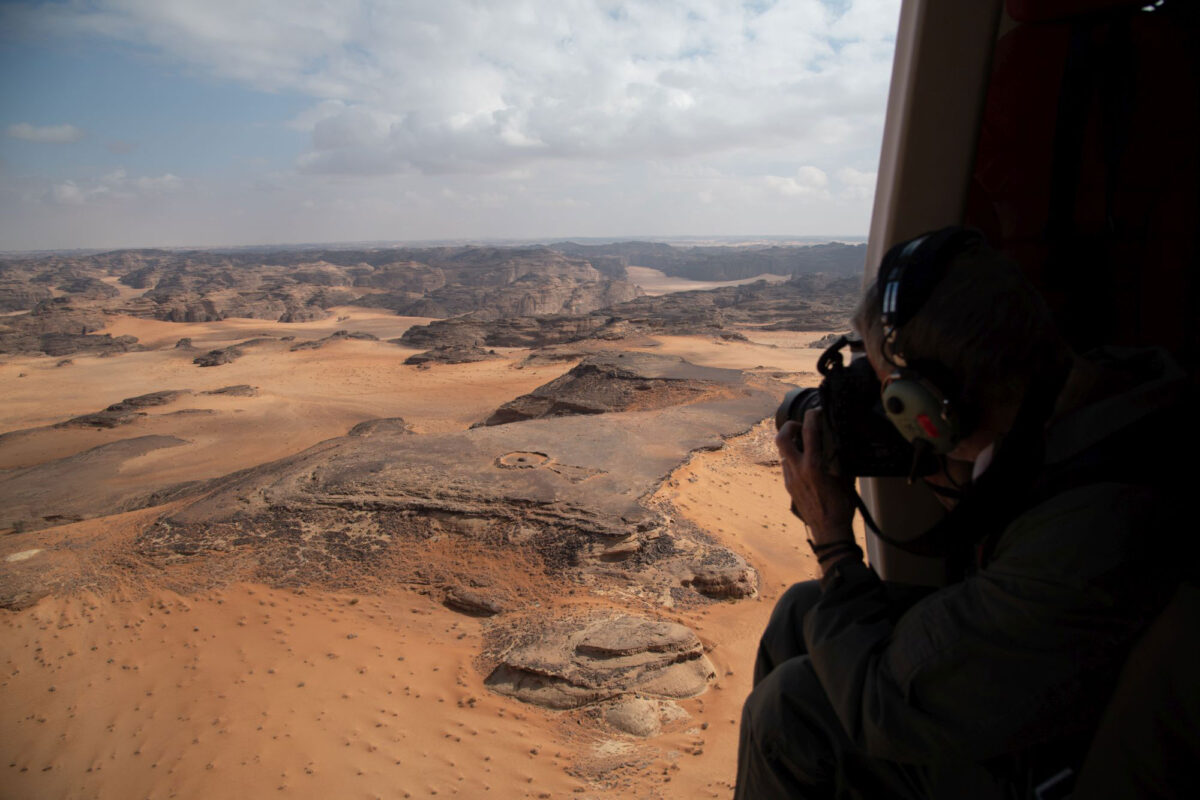 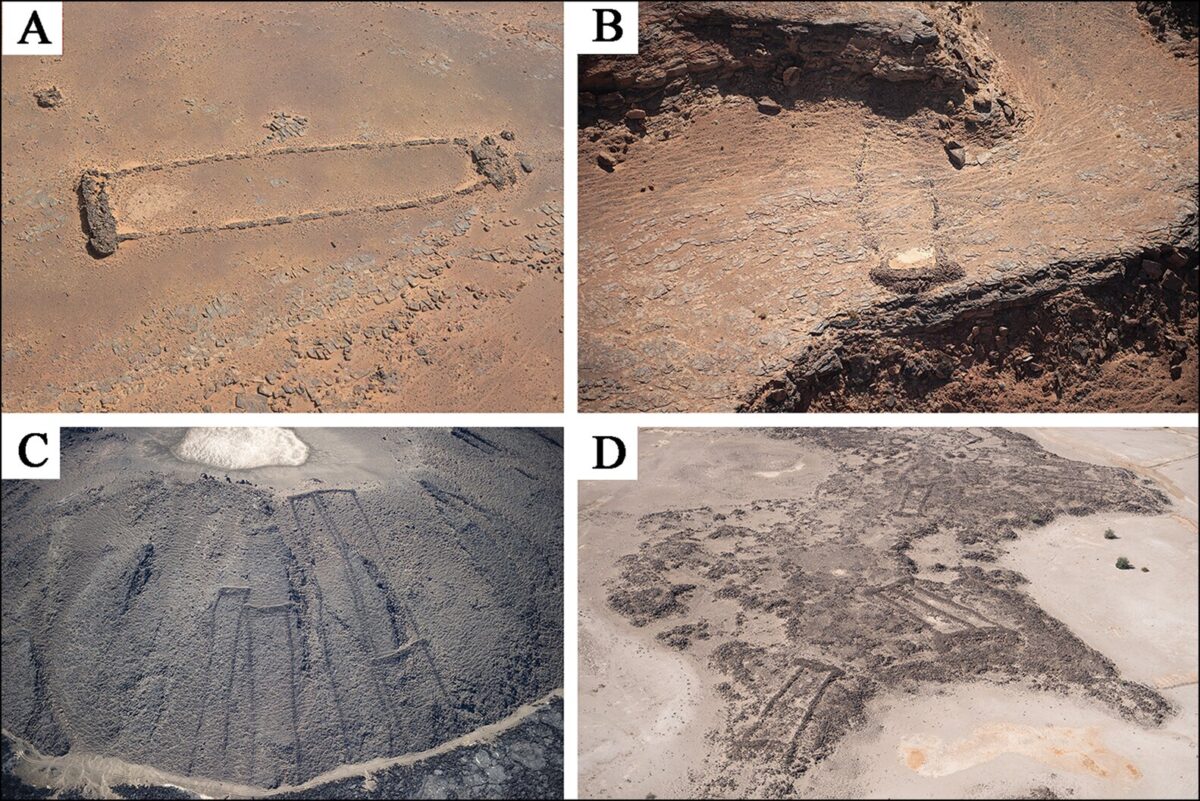 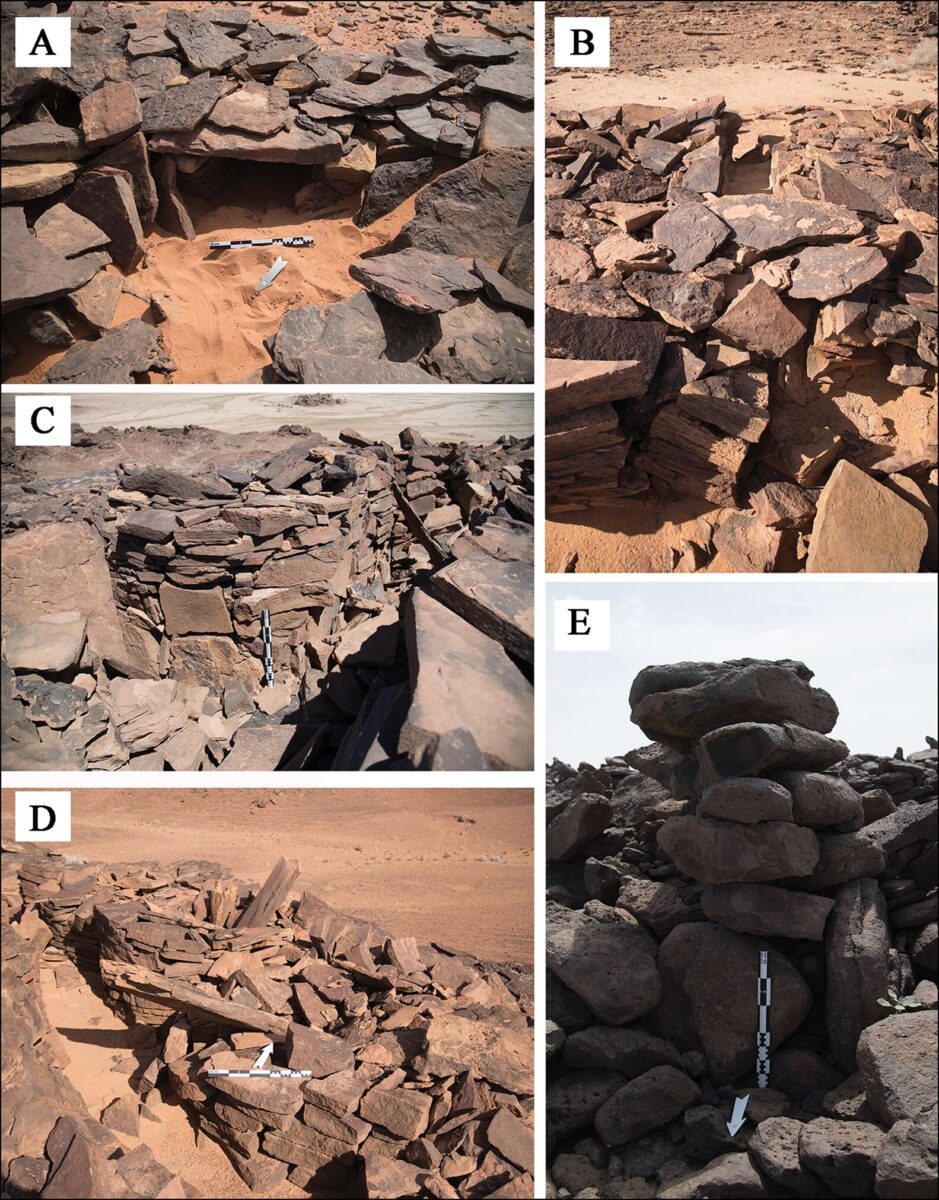 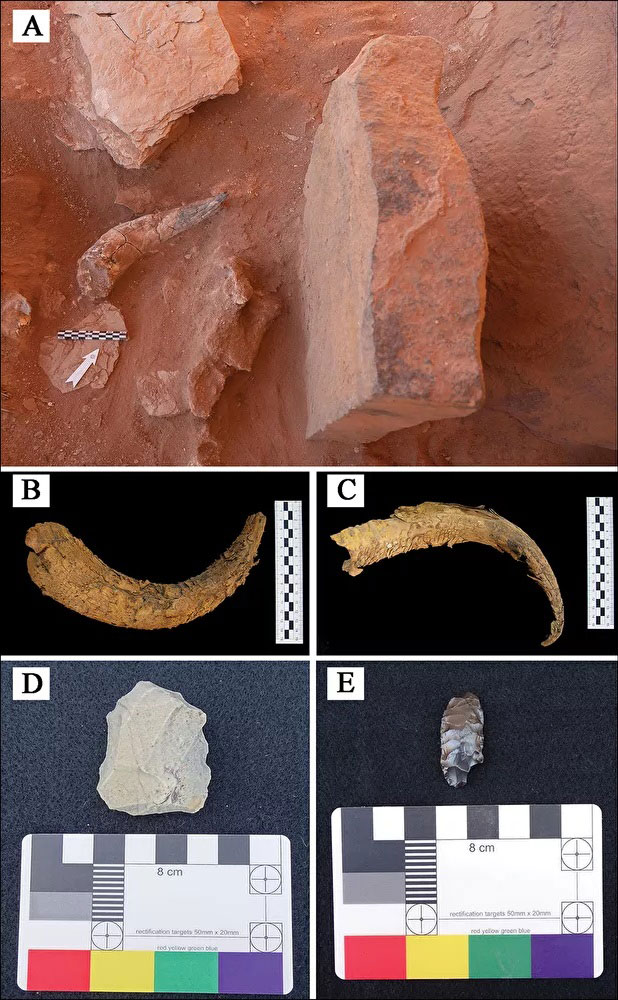 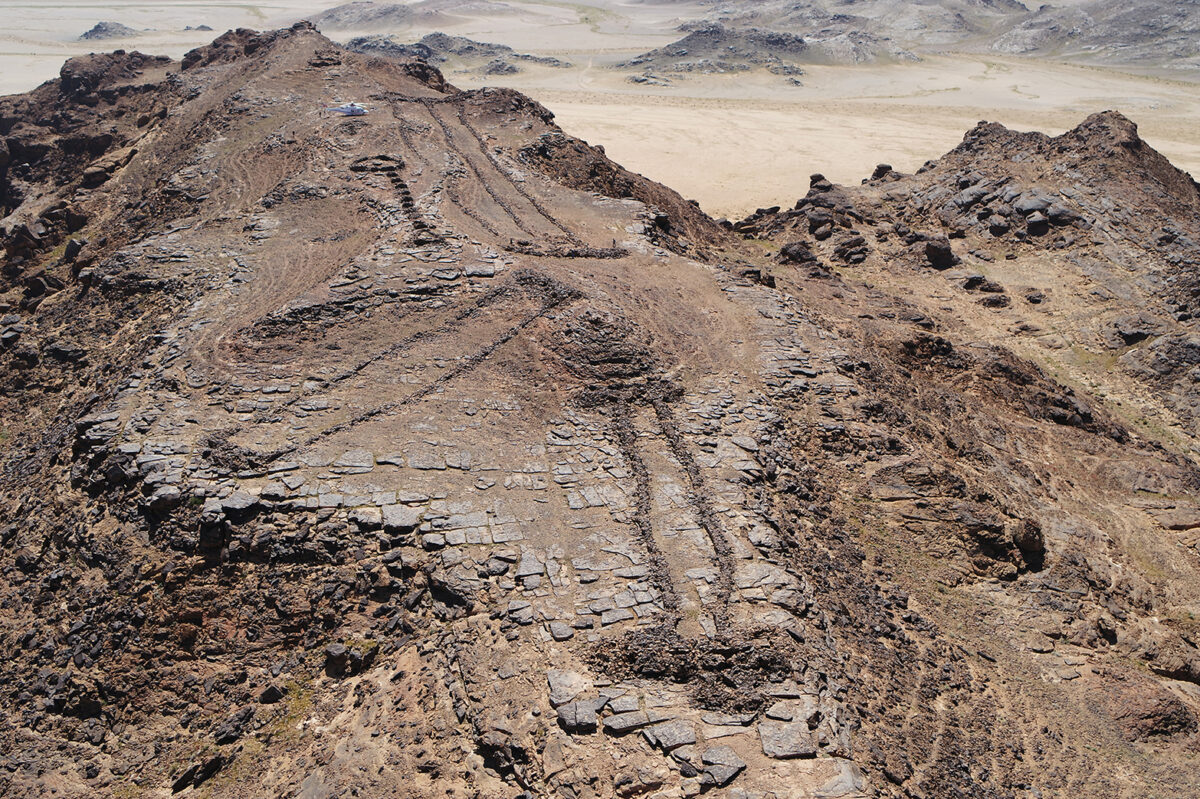 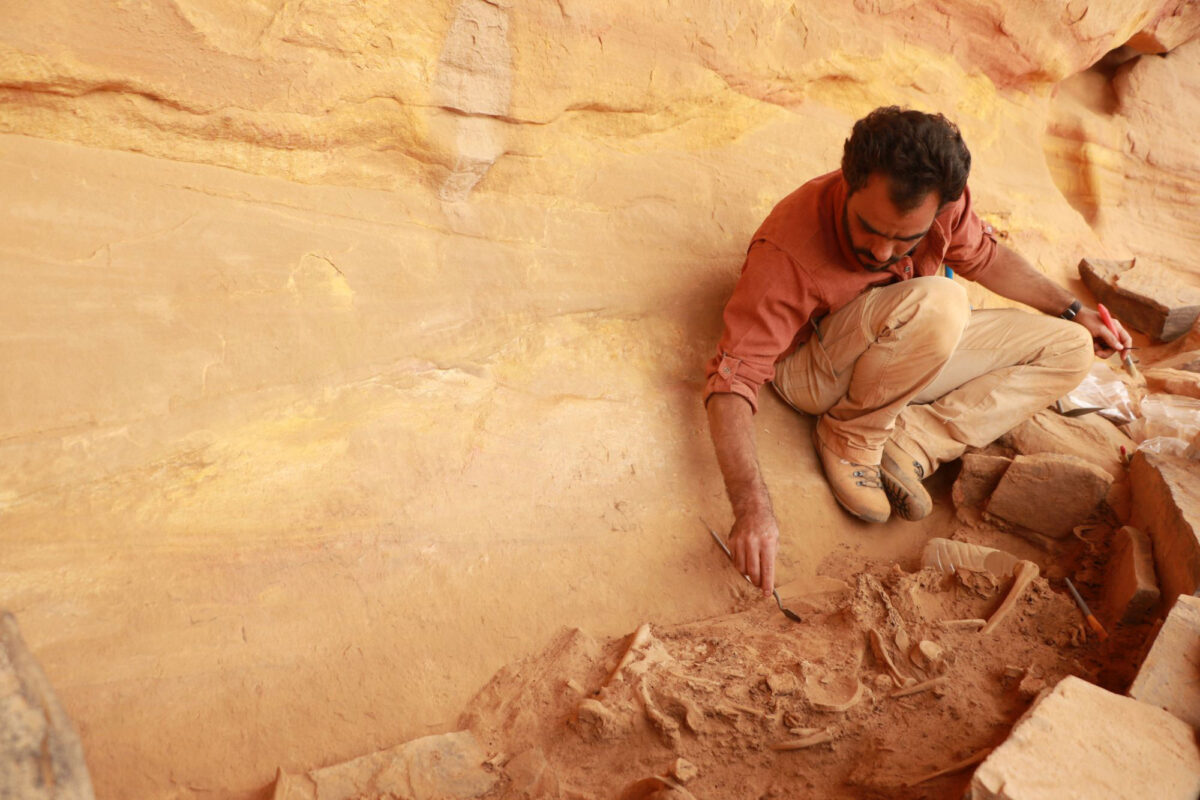 Mysterious stone structures in Saudi Arabia among oldest in the world

At the sites of AlUla and Khaybar

A recent study published in the journal Antiquity by archaeologists from the University of Western Australia in Perth claims that mysterious monumental stone structures called mustatils (which means rectangle in Arabic) located at the sites of AlUla and Khaybar (northwestern Saudi Arabia), may have been built for ritual purposes in the sixth millennium BC.

To study the long, rectangle-shaped walls of sandstone and shale, which measure between 20 and 620 metres in length, the team of academics carried out aerial and land-based research over the vast expanses of the region.

The archaeologists identified 350 mustatils photographed from the air by helicopter, 641 by remote sensing using satellite imagery, and about 40 on the ground. In all, the Kingdoms Institute (a global archaeological research and conservation facility commissioned by the Royal Commission for AlUla) has recorded more than 1,000 mustatils, twice as many as were previously recorded.

During the excavation of one of the structures, the archaeologists also uncovered elements that could shed new light on the Arabic Neolithic. In particular, they discovered undecorated standing stones around which horns and bones of cattle, sheep, goats and gazelles were arranged as offerings, in circular stone cubicles.

“We believe that people created these structures for ritual purposes in the Neolithic period, which involved offering sacrifices of wild and domestic animals to an unknown deity or deities,” says Hugh Thomas, an archaeologist at the University of Western Australia. “Indeed, given the low walls, it seems unlikely that these cells are ancient animal pens, and so far no human burials have been found in or near the mustatils. These structures may well be the first evidence of Neolithic sacred activity in the Arabian Desert.”

Radiocarbon dating of a horn and a bovine tooth found in a chamber places them in the 6th millennium BC. While the exact function of these structures and who was worshipped there is still unknown, these latest discoveries provide researchers with new insights. “Because of the monumental size of some of these buildings, it must have required considerable effort, so it is very likely that large communities or groups of people came together to build them. This suggests significant social organisation and a common purpose or belief,” continues Hugh Thomas.

“The mustatils findings represent a major advance in our perception and understanding of Neolithic societies, and mark the first step in Saudi ambitions for archaeological research,” says Dr Abdulrahman Alsuhaibani, recently appointed as the acting director of museums and exhibitions at the Royal Commission for AlUla in a statement.

“Indeed, these excavations are part of “Vision 2030″, the development plan launched by the Saudi government in 2016 to make the country shine in the world, outside its oil supply. Thus, 160 scientists, French, British, German, and, in the case of the discovery of the mustatils, Australian, are mobilized to study the remains of the valley. The ancient cities of Dadan, Hegra and the archaeological site of the mustatils will be studied from top to bottom by researchers to retrace the 7,000-year history of the region, particularly that of the major pre-Islamic civilisations.”

“With the many research programmes underway, AlUla County is becoming the most active archaeological research area in the Middle East. We have just completed aerial and ground surveys of its more than 22,000 square kilometres of land and recorded more than 30,000 archaeological sites,” says Rebecca Foote, the Royal Commission’s Director of Archaeology and Cultural Heritage Research for AlUla. “So Saudi Arabia has more archaeological surprises in store for us.”