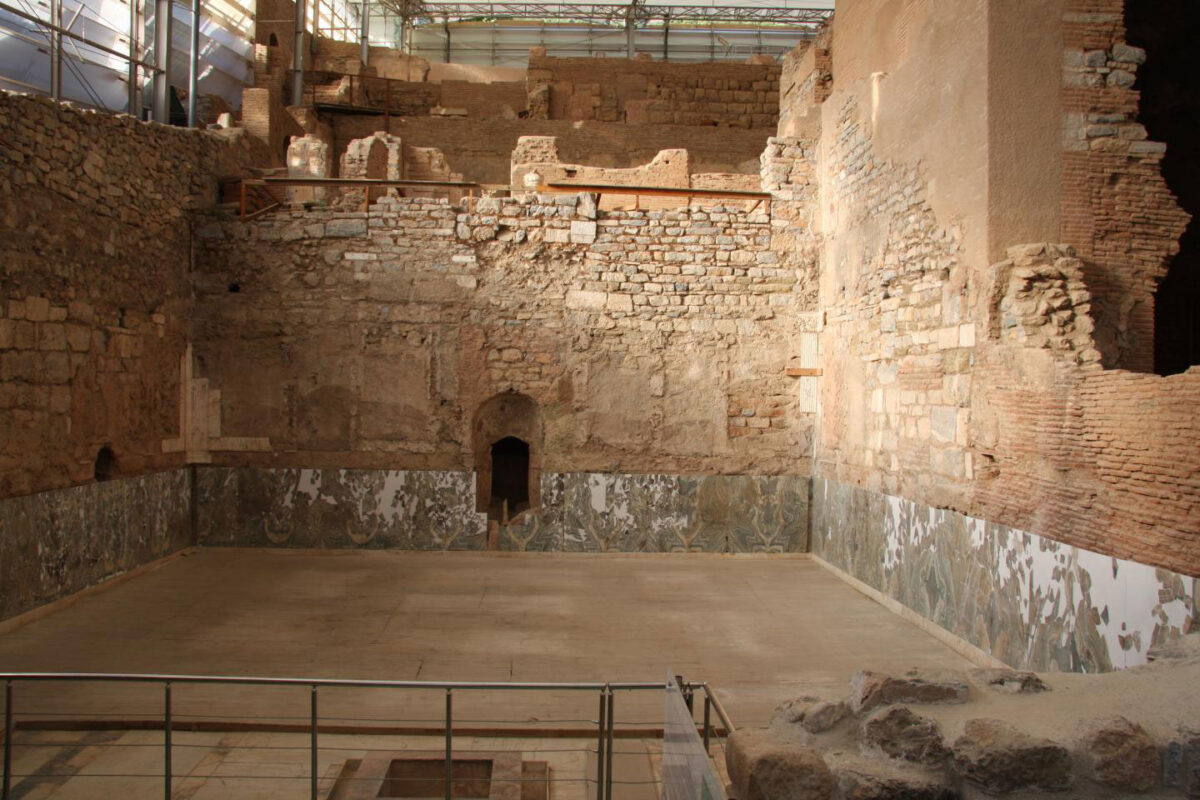 Production of marble slabs in the Roman imperial period

When it comes to ancient Roman imperial architecture, most people usually have a mental image of white marble statues, columns, or slabs. While it is true that many buildings and squares at that time were decorated with marble, it was frequently not white but colored marble that was employed, such as the green-veined Cipollino Verde, which was extracted on the Greek island of Euboea. Because marble was very expensive, it was often placed in thin slabs as a cladding over other, cheaper stones. “To date, however, no actual remains of marble workshops from the Roman imperial era have been found, so little is known about marble processing during this period,” said Professor Cees Passchier of the Institute of Geosciences at Johannes Gutenberg University Mainz (JGU). Together with other researchers based in Mainz, Turkey, and Canada, he has now finished analyzing the marble cladding of a second century A.D. Roman villa. As the researchers detail in the online edition of the Journal of Archaeological Science: Reports, they utilized special software normally used for the 3D modeling of geological structures. They discovered that the material loss during marble slab production at the time was likely lower than it is today.

The researchers examined, photographed, and measured 54 restored slabs of Cipollino Verde, each measuring around 1.3 square meters, which had been used to decorate the walls of a villa in ancient Ephesus on the west coast of Turkey. In view of the saw marks on one of the slabs, they were able to infer that these slabs had been cut in a water-powered sawmill, in effect using what we today know as hydraulic metal saws. Using reconstructions based on the slab patterns, the research team was also able to conclude that a total of 40 slabs had been sawn from a single marble block weighing three to four tons. They had been subsequently mounted on the walls in the order in which they were produced and arranged in book-matched pairs side by side, producing a symmetrical pattern. Finally, with the help of the software, the researchers created a three-dimensional model of the marble block, which in turn enabled them to draw conclusions about the material wastage during the production of the slabs. “The slabs are about 16 millimeters thick and the gaps between them, caused by sawing and subsequent polishing, are about 8 millimeters wide. This material loss attributable to production equates to around one third and is therefore less than the rates now commonly associated with many forms of modern marble production,” Passchier pointed out. “We can therefore conclude that marble extraction during the imperial period was remarkably efficient.”

The researchers also found that although 42 slabs had been sawn from one original marble block, two had not been fixed to the walls of the hall. “The arrangement of the slabs on the villa walls suggests these slabs were most likely broken, possibly during polishing or their subsequent transportation,” added Passchier. “This would mean that the amount lost due to breakage would be 5 percent, which would also be an astonishingly low figure.” This small loss leads Passchier to assume that the entire marble block had been transported to Ephesus and that the slabs were then cut and polished there.